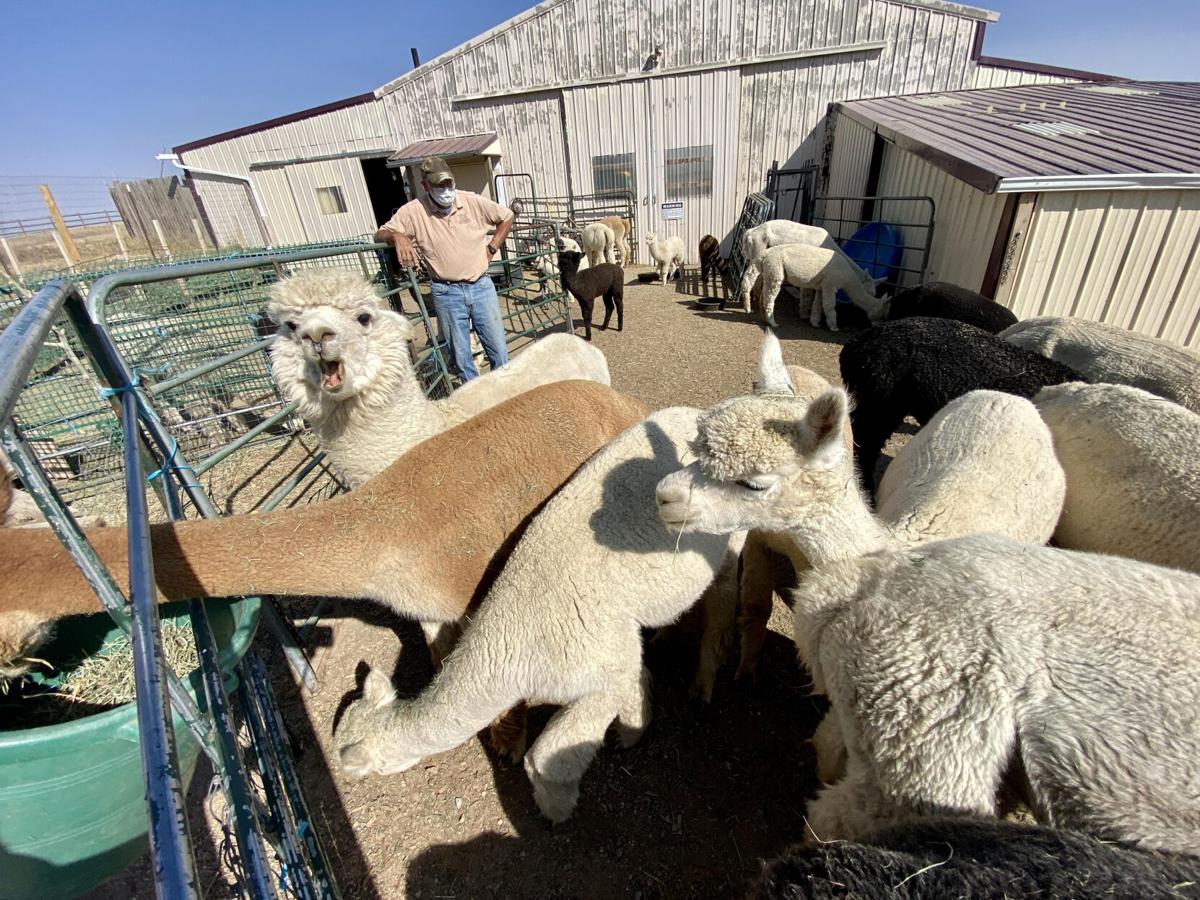 Peter Ziek, one of the owners and operators of Wild Hair Alpacas LLC, looks over a portion of the 150 alpacas in his care with his wife Barbara Ziek, who produces the alpaca felt products sold on their website. 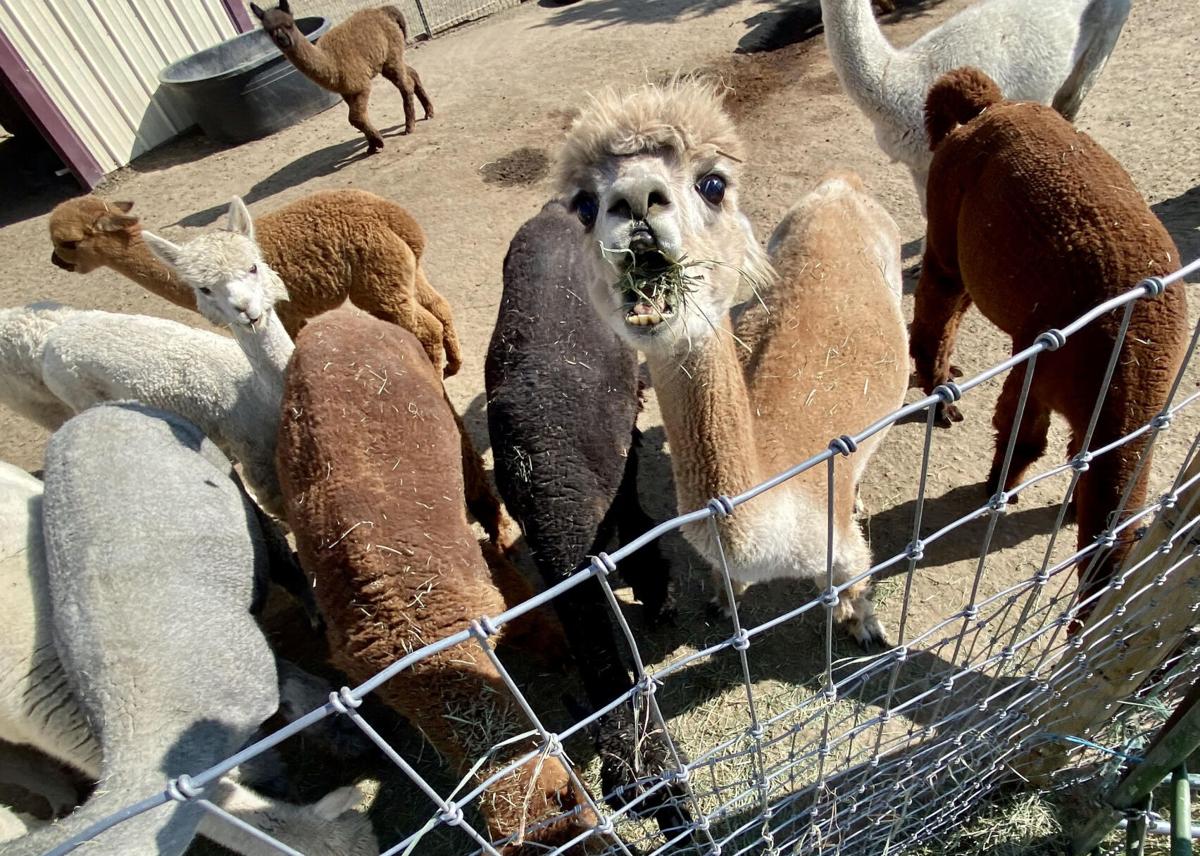 Wild Hair Alpacas began 20 years ago with a pair of pregnant mothers. This 20-year-old female was one of the first born on the property and is now the matriarch of the herd. 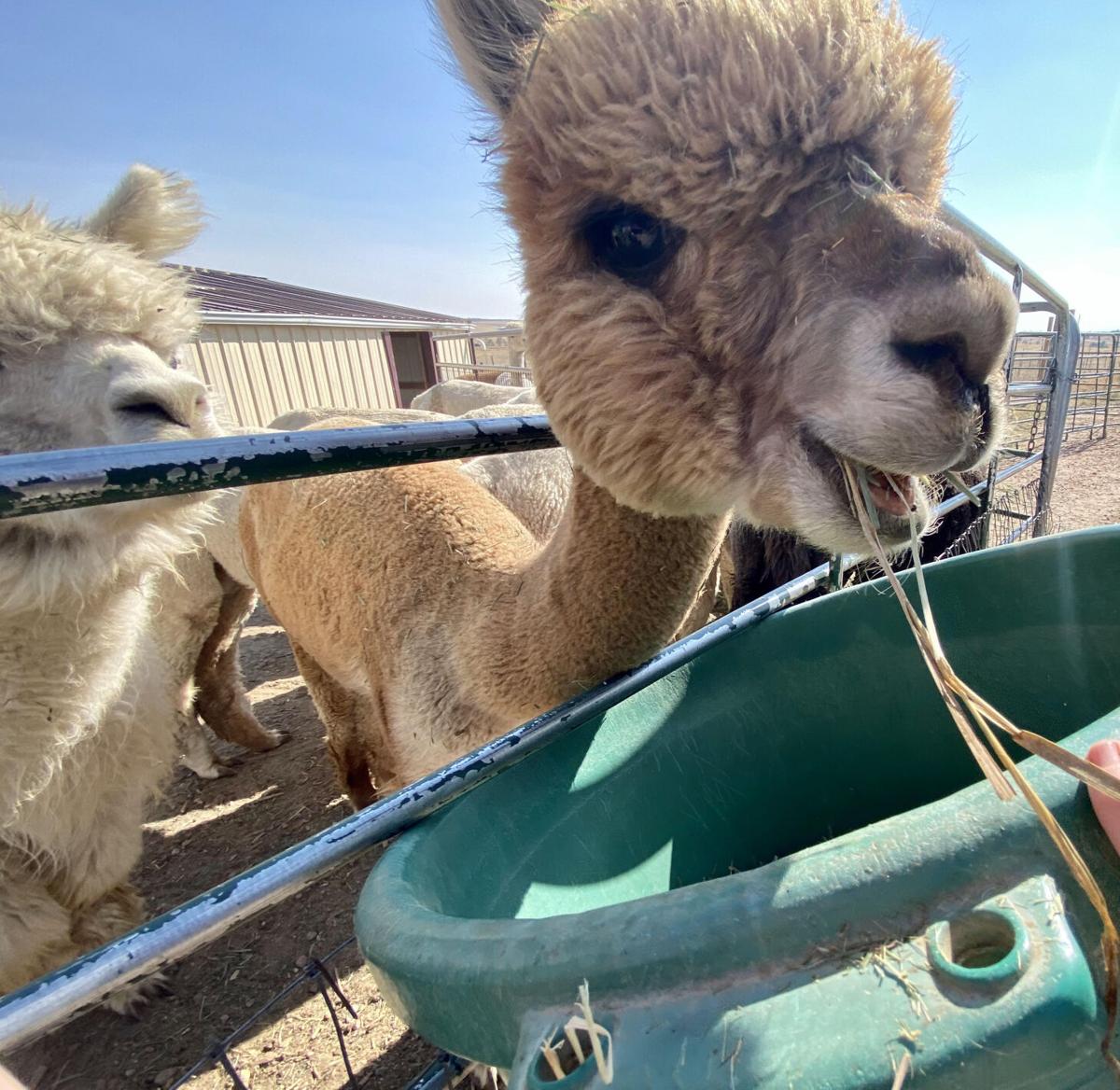 The owners of Wild Hair Alpacas LLC in Black Forest said caring for their animals has been a life changing experience and a highly rewarding retirement business.

Peter Ziek, one of the owners and operators of Wild Hair Alpacas LLC, looks over a portion of the 150 alpacas in his care with his wife Barbara Ziek, who produces the alpaca felt products sold on their website.

Wild Hair Alpacas began 20 years ago with a pair of pregnant mothers. This 20-year-old female was one of the first born on the property and is now the matriarch of the herd.

The owners of Wild Hair Alpacas LLC in Black Forest said caring for their animals has been a life changing experience and a highly rewarding retirement business.

BLACK FOREST • The difference between alpacas and people is very little, so say Peter and Barbara Ziek of Wild Hair Alpacas LLC.

After leaving behind almost 10 years in a tech industry and booking the last 20 years in animal husbandry, Peter Ziek is convinced alpacas are easier to work with than people.

The Zieks have owned and operated Wild Hair Alpacas LLC from their land in Black Forest since 2000. The couple started their endeavor with two pregnant female alpacas and the herd has since grown to 150 head.

Alpacas are raised for fiber and the Zieks shear them once a year. They are in the process of putting like fleeces together and shipping them off to a mill where they are then cleaned and combed. The product returns to Wild Hair Alpacas as roving, which is a roping kind of fleece which hand spinners and filters use regularly.

In addition, Barbara Ziek creates a line of alpaca felt products including scarfs, shawls and the like which are sold from the Wile Hair Alpacas website (wildhairalpacas.com) and farm store at 5815 Mountain Shadow View, Colorado Springs (80908). Also, some of the items can be found in the Commonwheel Artists Co-op in Manitou Springs.

Their items are also sold at alpaca shows including the Holiday Alpaca Extravaganza in Black Forest, which this year has been canceled due to the COVID-19 pandemic.

Some of the roving fiber and yarn is also shipped to a co-op on the east coast, where it is used to create knitted items like hats and gloves, and “top of the line” alpaca socks, Peter Ziek said.

Ziek is originally from Manhattan in New York City and met his wife while skiin in Stowe, Vt. Soon they were living on the northwest side of the Hudson River. He worked for Digital Equipment Corp. and his commute into New York City was two hours on a good day, he said, between trains and subways. Driving could take four hours.

After three years of that, especially with two young children at home, Peter and Barbara began researching other places to live, especially those with skiing nearby. Denver was one destination they looked at, and when DEC started a center in Colorado, Peter jumped on the opportunity to become a manager at the new center in 1980.

While living in the Rockrimmon area of Colorado Springs 20 years ago, while both were in their mid 50’s, Peter and Barbara Ziek began to talk about what they were going to do in five to 10 years when retirement was possible.

“We came across alpacas by accident,” Peter Ziek said. “We went up to Denver to an exotic animal exposition which was free to the public, and we came across a pen and said, ‘What is that animal? They are really cute.’ … They tug on your heartstrings.”

Eventually, the couple started to talk to others in alpaca husbandry, learning what to do with the animals and how much they cost. Peter said at the time, alpacas were about $15,000 apiece and have since come down.

Having found themselves in a situation where they had little debt, owned their house and their children’s college paid for, the couple decided to invest a portion of their retirement fund into starting their own alpaca outfit. They started by buying two pregnant females and now have 150 animals in the company herd.

Not all the animals on the property were born there, Ziek said. Many came from other farms as the couple buy and sell alpacas and trade breeding with others.

“One of the things you realize as a breeder is you have to diversify your bloodline,” Peter Ziek said. “We do a lot of things to make sure it’s a healthy herd.”

The largest expense for Wild Hair Alpacas are veterinarian costs to have the animals’ blood drawn for DNA registry and overall health certification required for them to participate in alpaca shows. Even while birthing newborns, these animals tend to take care of themselves, Ziek said.

“Most of the time, the babies just come,” he said. “You walk out and there’s a baby on the ground. I love it. That’s the way it should be with mother nature. When they have babies, they almost never need help.”

One of the original babies the Zieks had is now the matriarch of the herd at 20 years old. Ziek said alpacas seem to recognize and have a concept of family, are very civilized and are easy animals to raise. He describes them as elegant and appealing, even the older ones, and each come with their own distinct personalities.

Maintaining the animals is also easy, Ziek said. Until Wild Hair Alpacas had about 12 heads, he was able to feed the herd and clean their stalls in about two hours. Presently, he will work about four hours a day and considers the work a very rewarding retirement business, especially coming from 8-12 hour days while he worked for DEC.

“In many ways, these [alpacas] are much easier to work with than people,” Peter Ziek said. “These guys are much more appreciative and much easier to deal with. … If they had opposable thumbs, we would be in trouble.”

With Peter coming from the tech industry and Barbara retired from being an educator, going from two high-stress jobs to animal husbandry has helped the couple maintain their own health and mental alertness, Peter Ziek said.

“Getting these guys has changed everything,” he said. “People are just drawn to these animals. They get to you. It’s hard to have a bad day with alpacas.”