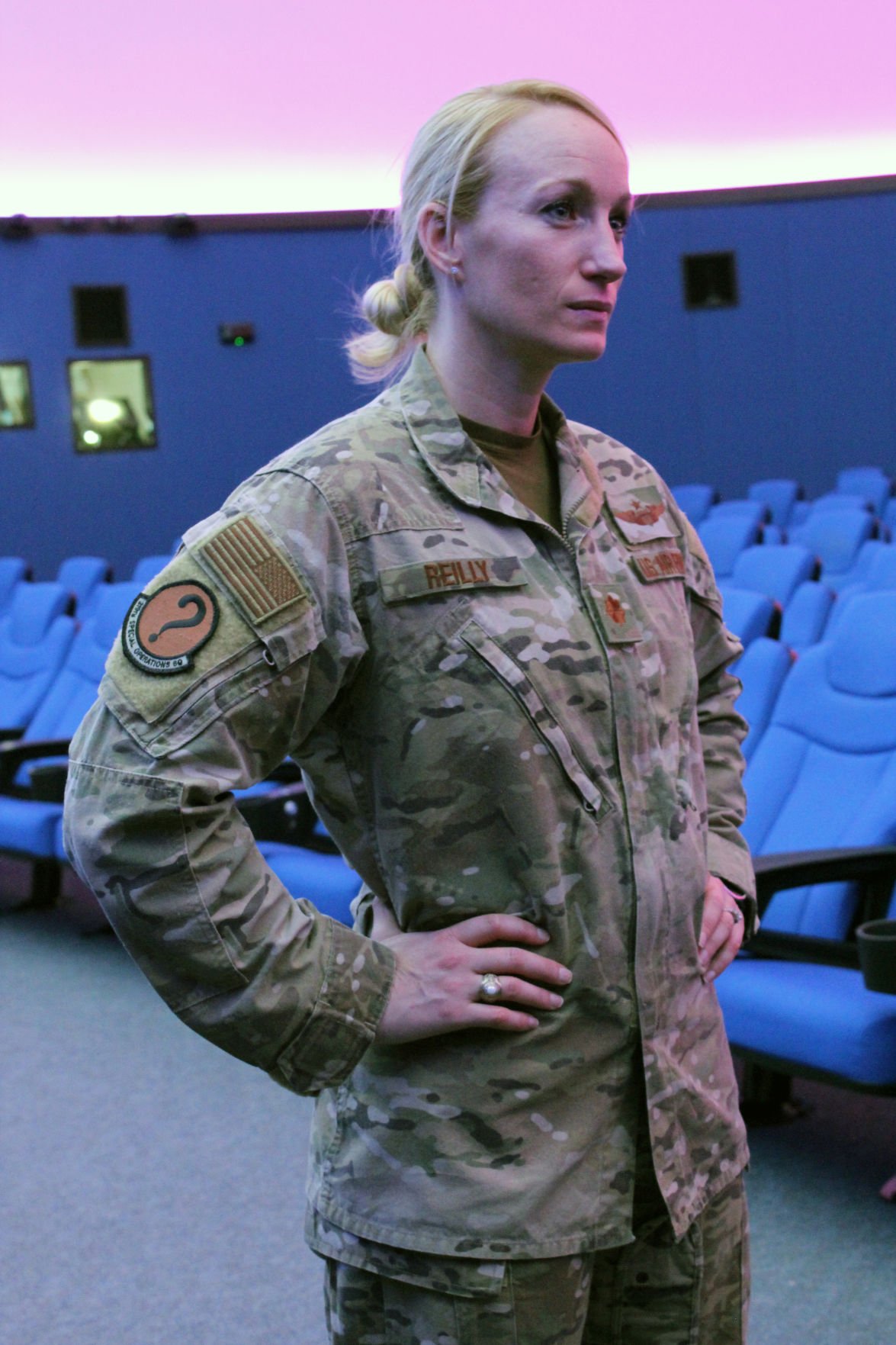 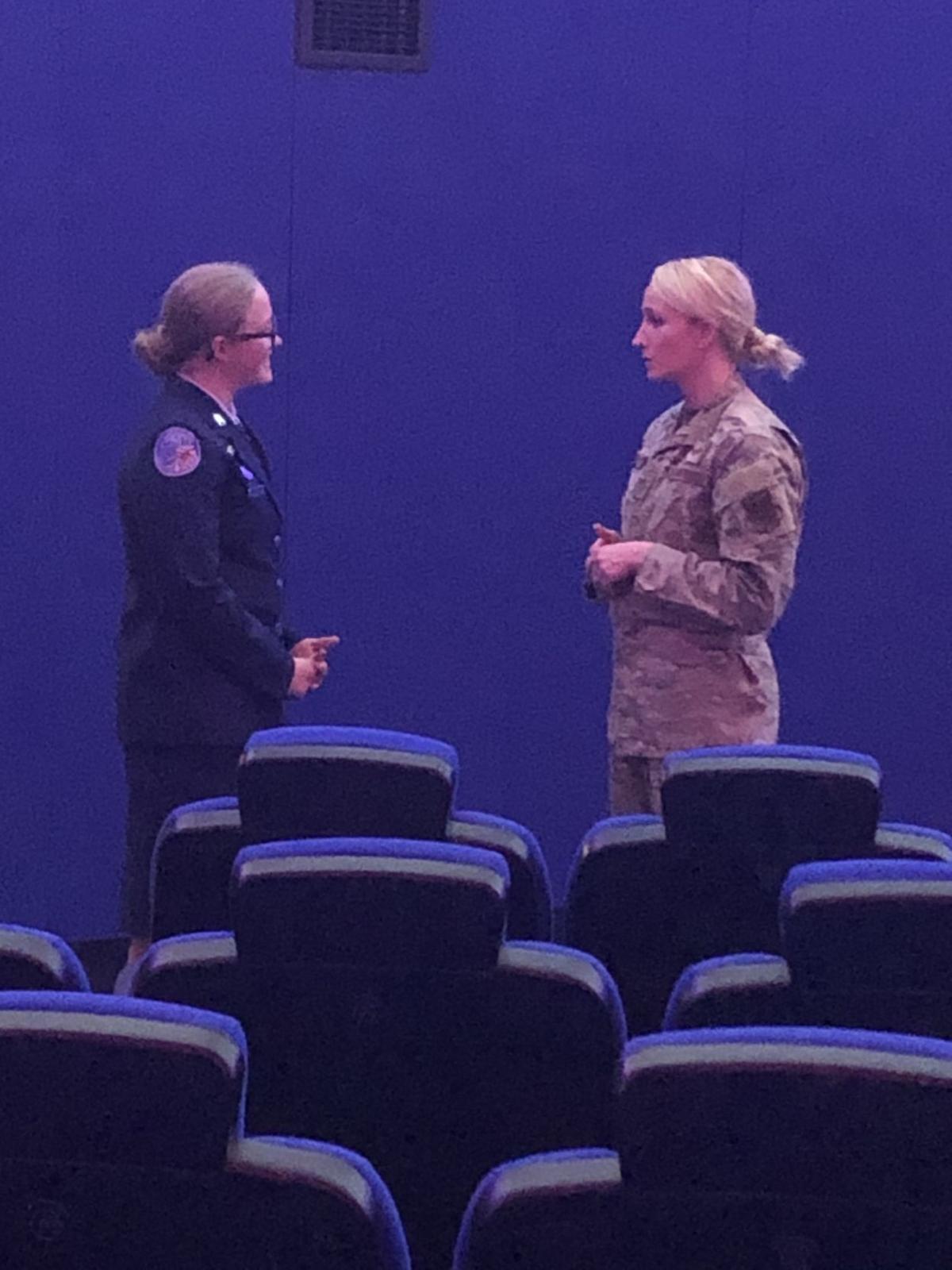 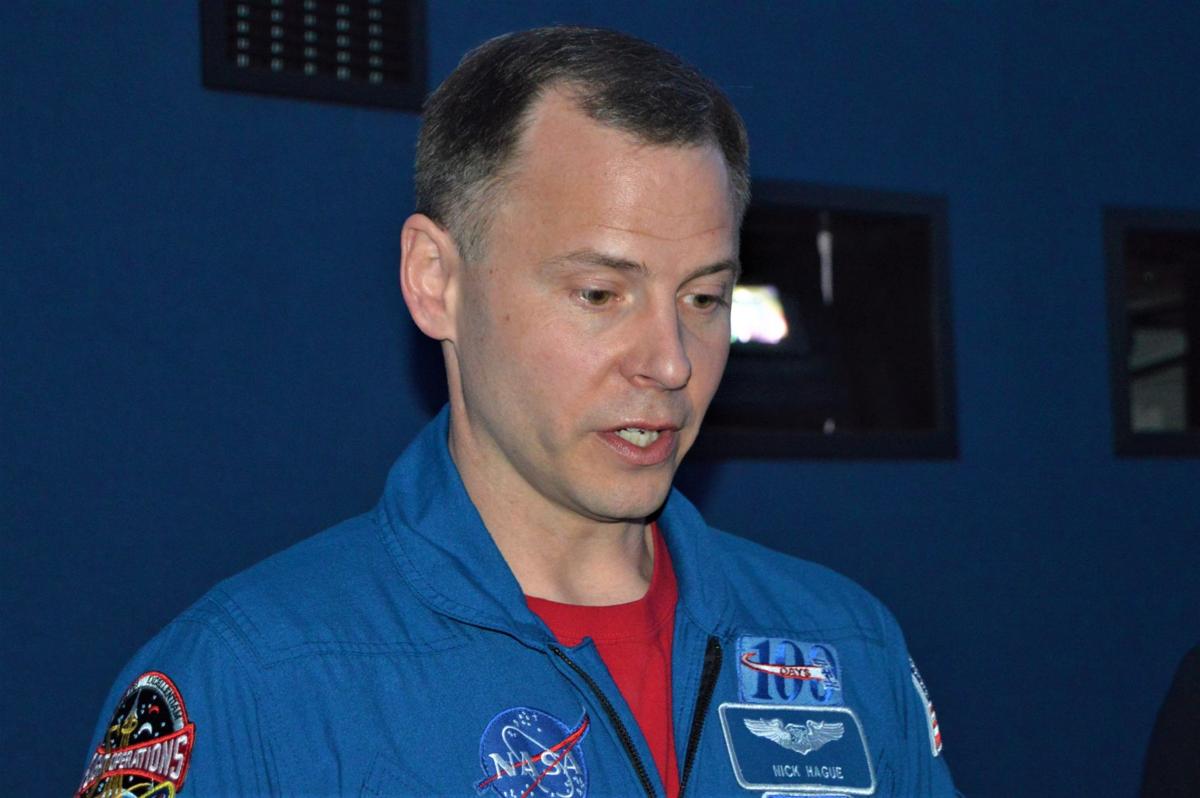 Reilly is the first woman to receive the award. The combat pilot was recognized for her “consistent ability to deliver results, no matter how challenging or unconventional the mission,” as well as for her status as an “outstanding air commando instrumental in the Global War on Terrorism.”

Reilly spoke to reporters at the Academy’s planetarium prior to receiving the award. She talked about feeling inspired and motivated by the current classes of cadets whom she visited earlier in the day.

Reilly said in preparing for combat missions she relies heavily on the exceptional training she receives from the Air Force, but also takes time to prepare herself mentally and spiritually.

She had originally planned to train to be an astronaut at the academy, but quickly realized she wasn’t fond of the required engineering classes.

“Thankfully, I got to go in the ops Air Force program that they send cadets to do between their freshman and sophomore years. I got to go out to Cannon Air Force Base back when it was an F-16 base, and they took us to all the different jobs in the Air Force,” she said. “I went to the flying squadron on the last day, and I got a ride in an F-16, and that pretty much sold it for me. We landed, and I was like, ‘Where do I sign up for that?’”

Reilly said she has never felt any gender bias either as a cadet or during her Air Force career. “I hope people will just know combat pilots and not have to specify that someone is male or female,” she said when asked about her air commando position. She readily thanks the women who came before her who pushed to allow women into combat positions.

She has deployed overseas four times since graduating from the Academy.

During a 2018 deployment, operations headed by Reilly led to 50 airstrikes, the protection of 8,000 U.S. and allied soldiers, the rescue of three hostages, 274 enemies killed in action, the capture of 187 detainees and the removal of 23 high-value targets from the battlefield, according to her award citation.

Hague, who earned a degree in astronautical engineering from the Academy, gave inspiration to more than 300 area schoolchildren during an “Astronaut Adventures” program at the Academy on Feb. 6.

He was a flight test engineer with the 416th Flight Test Squadron, testing F-16, F-15 and T-38 aircraft before becoming an astronaut in 2013. He deployed to Iraq during Operation Iraqi Freedom, conducting experimental airborne reconnaissance.

As an astronaut, Hague reached the International Space Station during the 59/60 expedition on March 14, 2019 and complete three space walks. Hague was supposed to arrive at the ISS during an earlier mission, but was forced to abort when a rocket booster malfunctioned on that launch.

One well-known past recipient of the Jabar award was Chesley “Sully” Sullenberger III, ‘73. He received the award in 2009 after he successfully landed US Airways Flight 1549 onto the Hudson River Jan. 15 of that year after losing engine power.