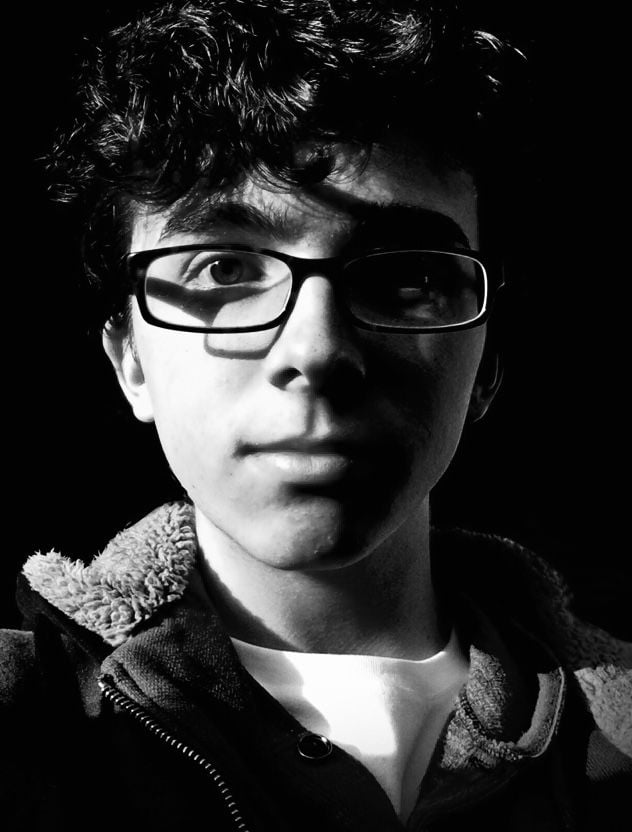 Josh Maynard, a junior at Air Academy High School, has published a duology called “Through the Tenebris,” an epic fantasy of war and friendship. 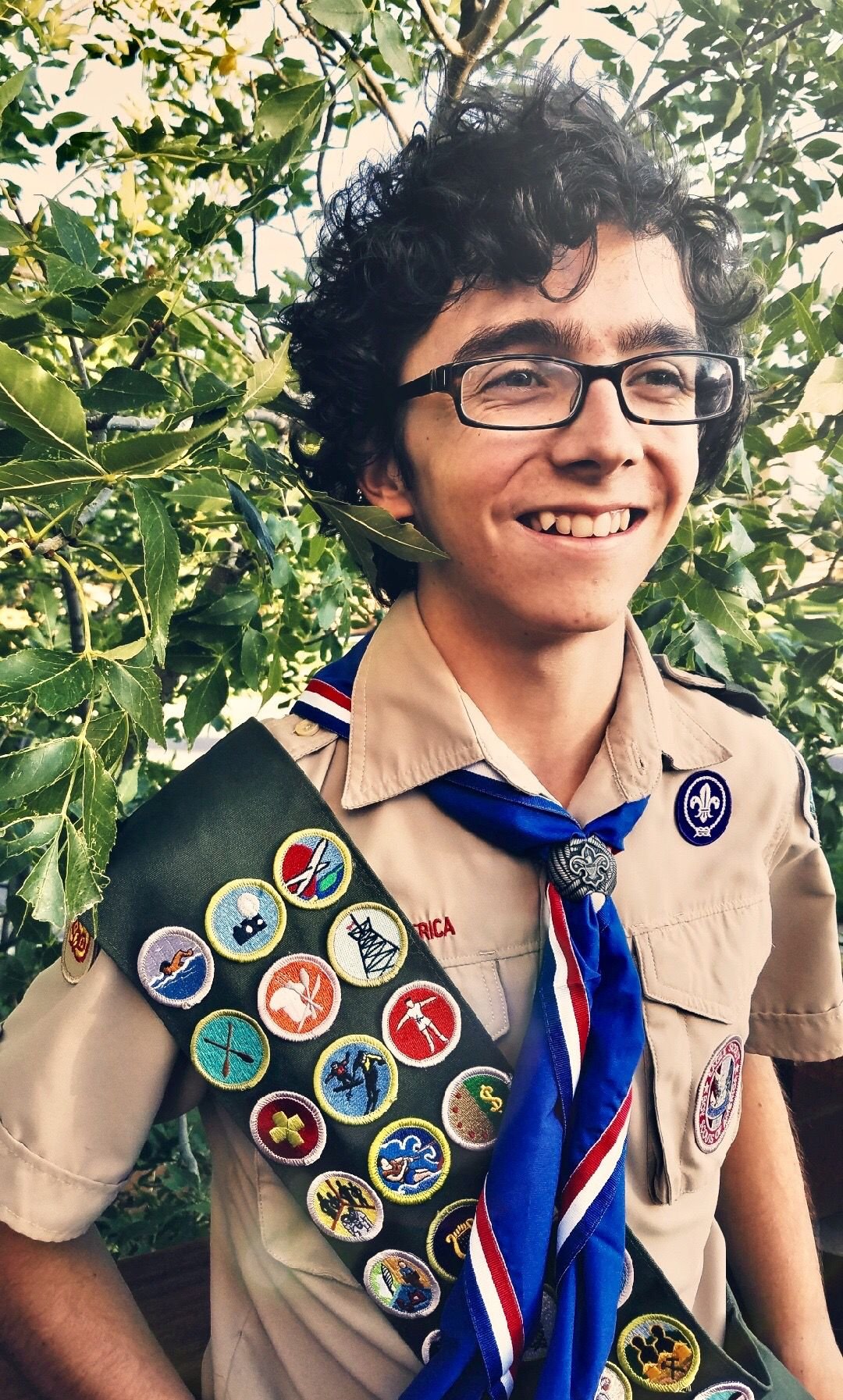 Eagle Scout Josh Maynard has recently published two books that relate a story of wars between two countries that are ruled by a sister and brother. 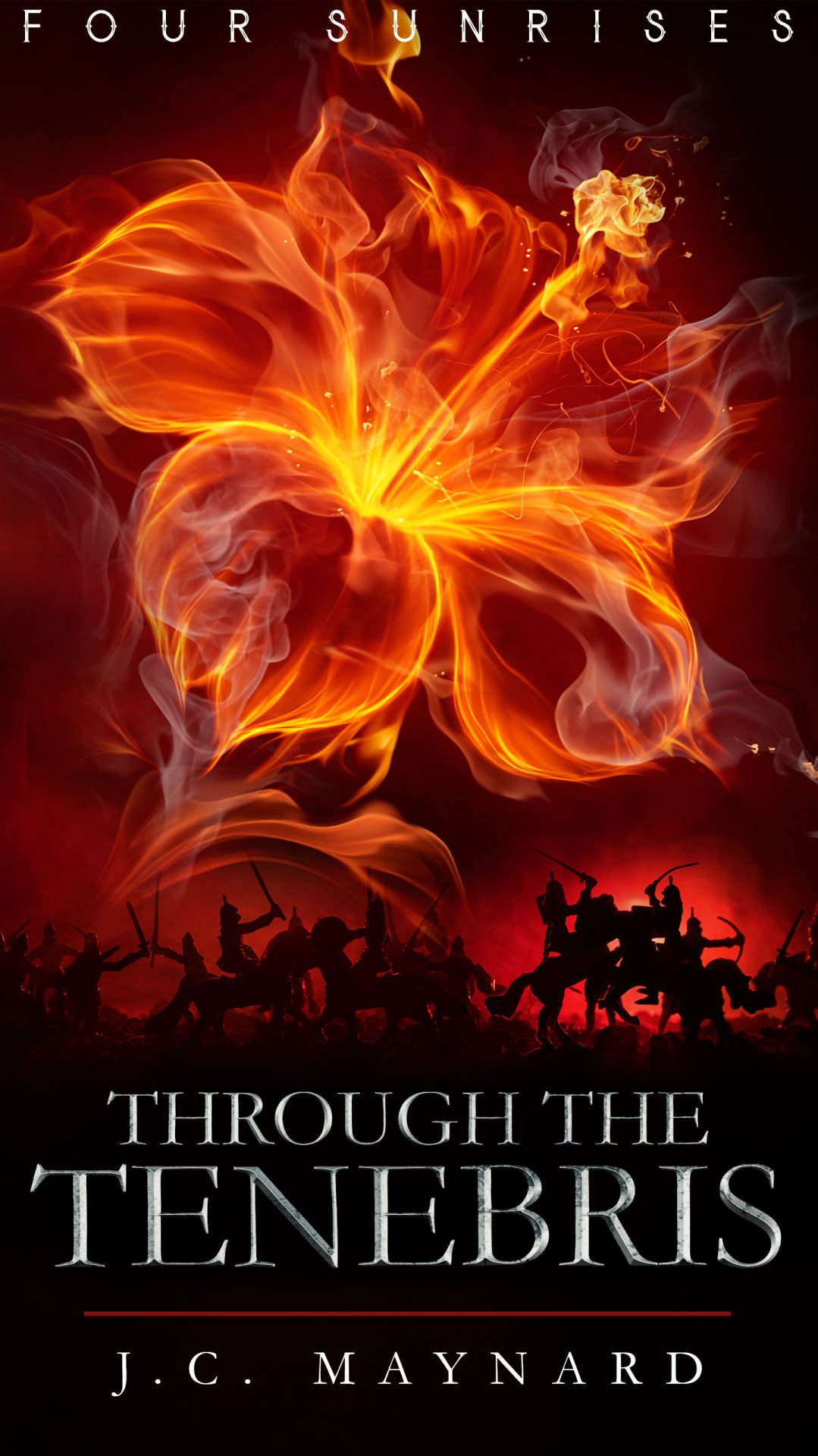 “As the kingdoms of Ferramoor and Cerebria wage war, a prince, a thief, a soldier and a sorcerer realize that their strange mental connection may alter the course of history in the duology ‘Through the Tenebris,’” states the author. 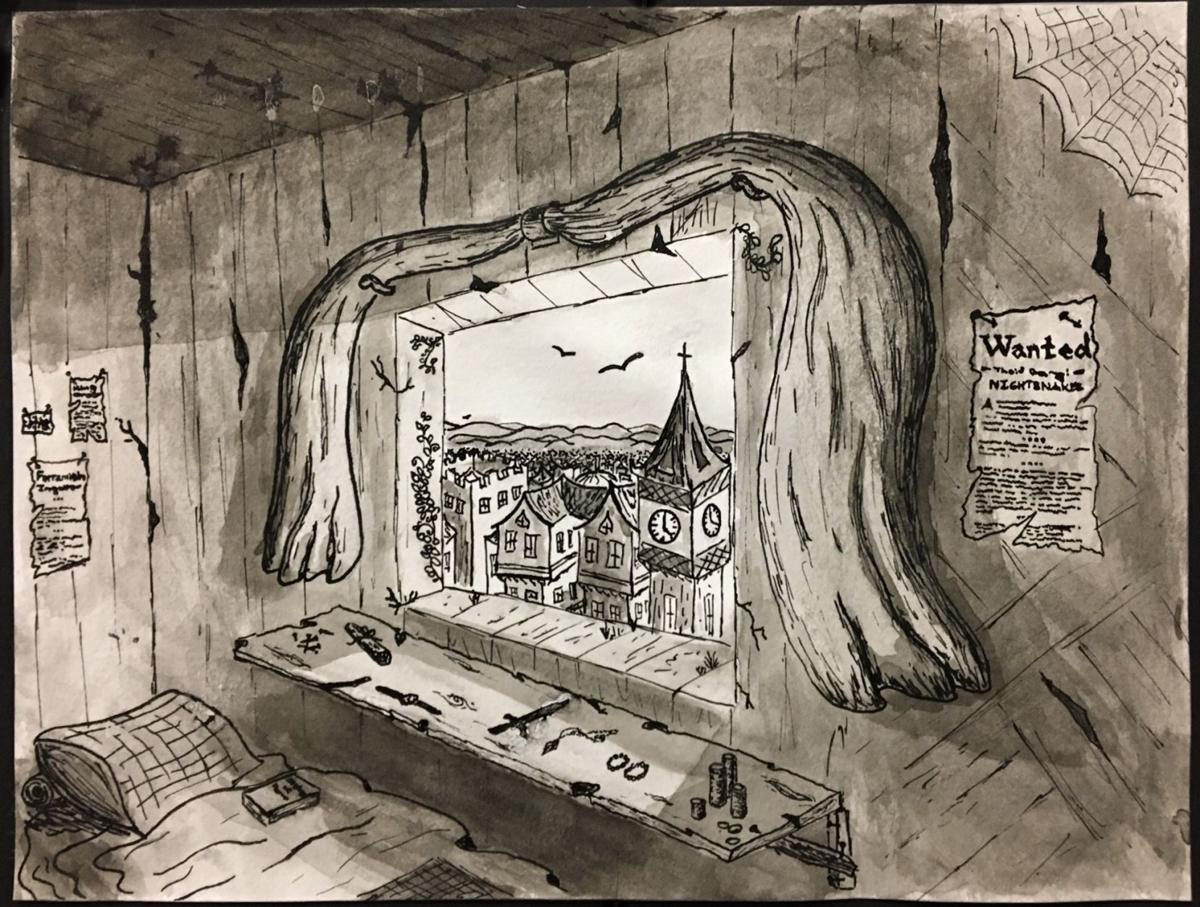 Author Josh "J.C." Maynard drew this image of what Kyan's shack might have looked like in "Through the Tenebris."

Josh Maynard, a junior at Air Academy High School, has published a duology called “Through the Tenebris,” an epic fantasy of war and friendship.

Eagle Scout Josh Maynard has recently published two books that relate a story of wars between two countries that are ruled by a sister and brother.

“As the kingdoms of Ferramoor and Cerebria wage war, a prince, a thief, a soldier and a sorcerer realize that their strange mental connection may alter the course of history in the duology ‘Through the Tenebris,’” states the author.

Author Josh "J.C." Maynard drew this image of what Kyan's shack might have looked like in "Through the Tenebris."

At the age of 17, Air Academy High School Junior Josh Maynard is a published author.

Maynard, whose pen name is J.C. Maynard, has written an epic fantasy series that mingles wars and fighting with friendship and love. The premise of the two-part series, “Through the Tenebris,” is this: King Tronum Whenderdehl and Queen Xandria Whenderdehl are brother and sister who rule opposing kingdoms waging a 20-year war against one another.

Maynard said he hadn’t intended to write one book let alone two, but ideas kept swirling around in his head until he formulated a story.

The series' origins date to October 2016, when Maynard started getting fragments of ideas. “What we interpret as reality and how your dreams and memories can influence each other,” he said.

Friends said he should start jotting down notes. The more Maynard wrote, the more he divined about the fantasy world. Once he created the map of the two countries, he was committed.

The first book, "Part I: Four Sunrises," begins 22 years in the past when the war first began between two countries, Ferramoor and Cerebria. Readers experience the book through four main characters: a prince, a thief, a soldier and a sorcerer. As the book progresses we learn the four are linked in some way that allows them to understand each other’s thoughts.

Kyan, an orphan lives on the streets of Aunestana’s third district in Ferramoor in a shack above a theater. Prince Eston Whenderdehl lives in the Ferramoor castle, where he is being groomed to one day take over his father’s reign. Calleneck Bernoil lives in Cerbria with his mom, dad and two sisters. Unbeknownst to their parents, the Bernoil children are sorcerers secretly fighting to take down Cerebria’s Queen, Xandria. Tayben Shae is an elite fighter with the Cerebrians, fighting Ferramoor’s army.

In "Part II: Silverbrook," fantastical hand-to-hand combat between the two armies leads to a climax and perhaps an end to the fighting. The sorcerers, known as the Evertauri, fight alongside the Ferramoor Army, sending shocks of electricity through their opponents.

The books include a list of characters and settings. "One of the things I did early on … was I cut a stack of index cards in half and lined them up along the whole circumference of my room,” said Maynard as a way to craft the story.

He created characters purely from his imagination. “Nothing in my book was going to be influenced or based on something from my personal life. I wanted to create this who new experience and world of characters,” he said.

Even with his page counts in the hundreds, Maynard considers himself a minimalist writer. Nonetheless, the towns, the fights, the characters come alive with his writing. He published the books, available in the Amazon Kindle format, in October and December 2019, respectively.

“Through the Tenebris - Part I: Four Sunrises” by J.C. Maynard

“Through the Tenebris – Part II: Silverbrook” by J.C. Maynard

An example from his first book: “Kyan’s feet dangled off of the theatre rooftop. The sun was starting to set over the Palace hill. He looked back up at the white and scarlet Palace far in the distance. It sat high above the city overlooking the entire valley and the sea beyond. The sun lit its many banners that waved in the breeze, and even beyond that, the waves of the sea rolled in and out."

One of the inspirations for the war and associated politics were our country’s Revolutionary and Civil wars. “We broke off from Britain and the south from the north. Everyone on each side did truly think they were doing the right thing," Maynard says. King Tronom is based on President Abraham Lincoln, who like Tronom is trying to hold together an empire despite disagreement between the two sides.

Teenage warriors fight next to adults in Maynard’s books. In the beginning, he made a decision not to include children who were too young. “I love books like 'Harry Potter' and the 'Percy Jackson' series. One thing I just couldn’t get my head around was these 10-, 11-, 12-year-old kids are doing these grand, world-saving things. I couldn’t imagine it because I couldn’t imagine myself doing it,” Maynard said.

Maynard notes many of the men and women in World War II were 18 or 19 years old. “Even our founding fathers were pretty young,” he says.

He hopes readers will enjoy the books for what they are — an escape from reality into a fantasy world. “I don’t really have a larger theme, for me, it’s just about the story,” Maynard said.

He said he already knows what happens after these two books, so we should expect more books from this creative writer in the future.

“He is someone who I have to make a space for him to be creative, and then get out of the way,” said Austina Lee, who teaches in the performing arts department at Air Academy.

After the high school choir was selected to perform at the 2020 Colorado Music Educators Association conference, Lee “invited (Maynard) to compose a piece for the performance.” Within a week, he had crafted a 12-part piece, “Lux Aeterna,” which became a conference favorite. He wrote the piece based upon one chord progression he had in his mind.

“He hears the music in his head and then puts it down,” Lee said.

Maynard has performed in numerous musicals and sung on stages as far away as Carnegie Hall in New York City. He has been accepted to the Lamonte School of Music at the University of Denver Summer Academy 2020, a two-week intensive program.