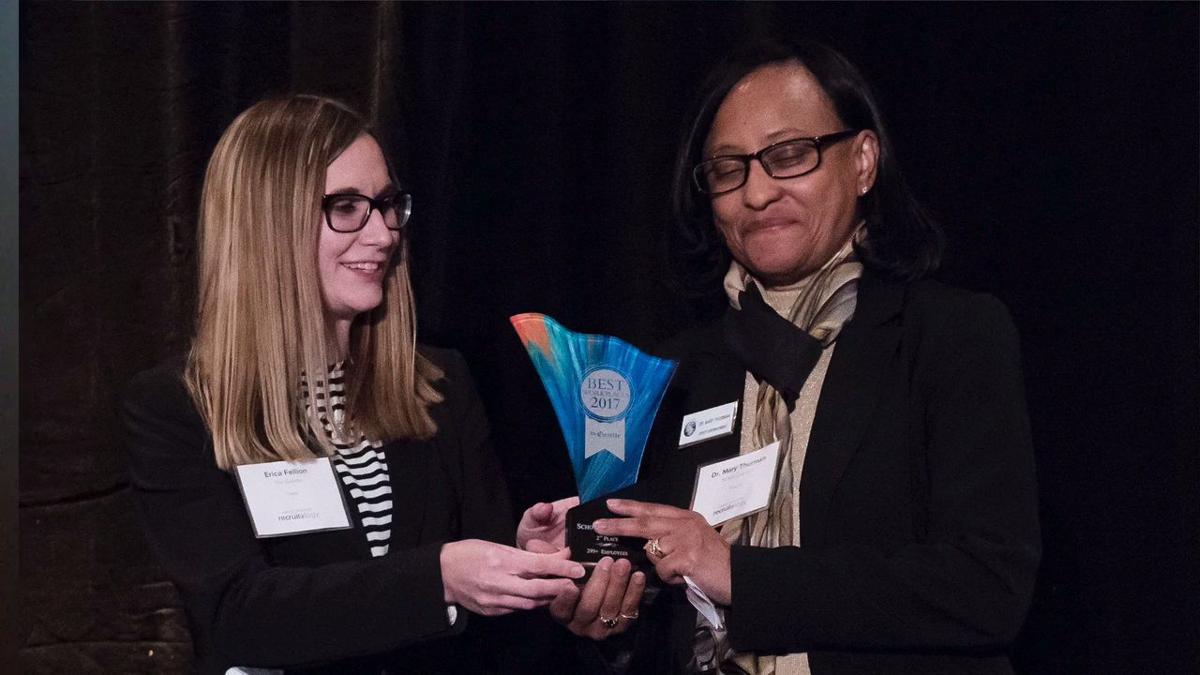 The four were among 12 workplaces honored with top three finishes in their size categories and 68 overall honored as part of the program during a Nov. 29 reception at The Antlers hotel. The Best Workplaces program is designed to be an annual free survey and workplace health analysis to identify companies and agencies that are creating strong, healthy workplace cultures.

"Colorado Springs is home to thousands of innovative business leaders, passionate entrepreneurs and world-class companies," said Dan Steever, president and publisher of The Gazette. "They operate with a clear mission, strong leadership and vision for success. Even better, they genuinely care about their employees."

More than 90 percent of the nearly 3,200 employees surveyed in August and September said the most important factor to them was that their employer had strong values and ethics, good inter-departmental cooperation, is socially responsible and headed in the right direction. Only about a third of those surveyed said they considered looking for a better job in the past month and reported a high level of negativity at their job.

The library district ranked high among its employees in social responsibility, providing meaningful work, confidence in leadership, being a place workers would recommend to others for employment and operating with strong values and ethics. PPLD received average scores of 6 or better on a scale of 1-7 in all five areas and an overall average of 5.6.

The district says in its 2015 Annual Report that its employees "are not just very knowledgeable - many of them are experts in select subject areas - but they are also highly celebrated for their customer service skills."

Rampart ranked highest in offering an above-average benefits package, employees having confidence in leadership, workers believing the company operates with strong values, ethics and social responsibility, earning average scores above 6.7 in all four areas and above six in all but one area. The company's overall average score was 6.4.

The company's website says that as a "local, family owned company, philanthropy and community involvement has long been a staple of Rampart Supply's core values."

Oakwood earned its highest marks in employees believing the company is headed in the right direction, operating by strong values and ethics, being socially responsible and having managers that care about employee concerns, earning an average of 6.8 in each area and an overall average score of 6.4.

Terra Verde earned perfect scores in eight areas, including employees believing the company is headed in the right direction, employees feeling appreciated and having the flexibility they need to balance work and their personal life. Terra Verde's overall average score was 6.8.

Store owner Chris Sondermann said she has tried to create an atmosphere without hierarchy for employees, who "all know they are what makes it happen."

The Gazette sought nominations in July and by Aug. 11 received 140 from private, public, nonprofit and government organizations in El Paso County. More than 100 rolled out online surveys to their workers through early September.

Social responsibility was included in this year's survey because it has become an increasingly important part of work culture, ranging from community volunteer activities and charitable donations to sponsorship of local programs.

Jim Johnson, owner of GE Johnson Construction Co. in Colorado Springs, and his late father, Gil, the company's founder and namesake, are among the Colorado Business Hall of Fame's inductees for 2018. Eight business leaders will be honored Jan. 25 as part of the 29th annual induction sponsored by Junior Achievement - Rocky Mountain and the Denver Metro Chamber of Commerce. The event takes place at the Hyatt Regency Denver at the Colorado Convention Center. Inductees are recognized for "enduring and innovative professional contributions to Colorado, inspirational and ethical acumen and philanthropic endeavors," according to the sponsors.