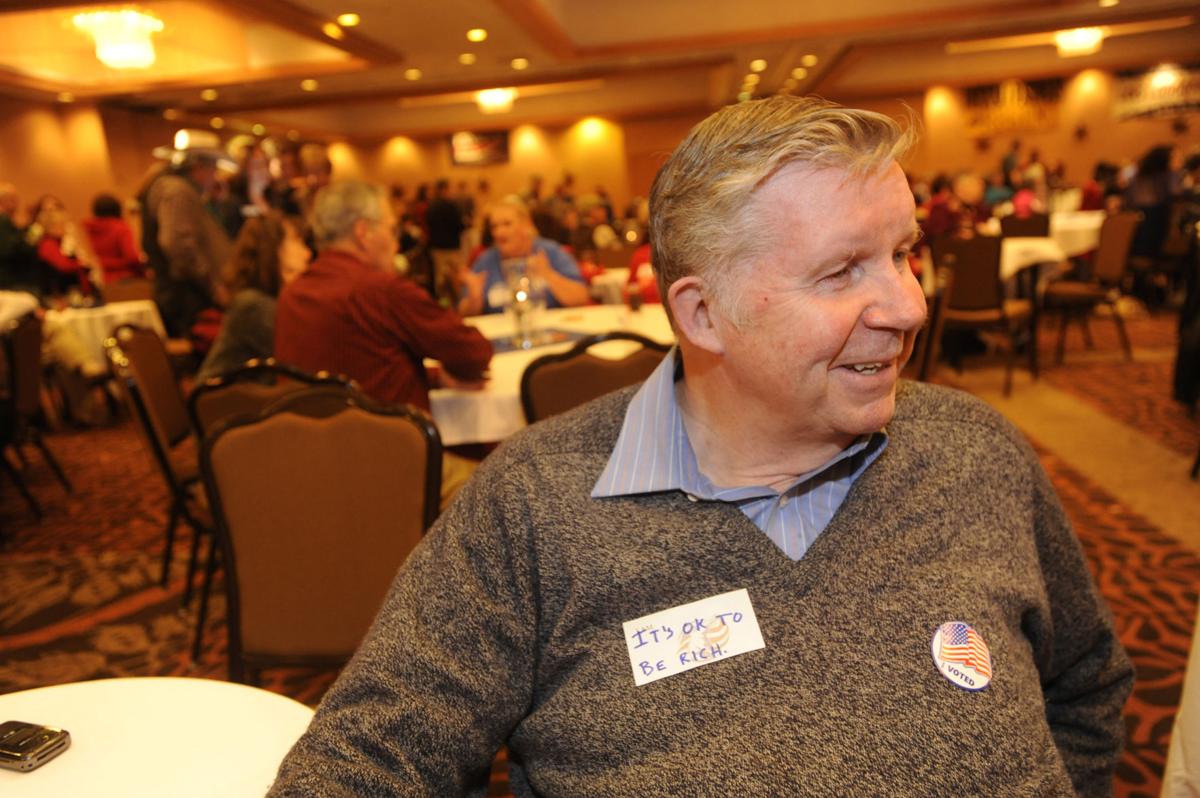 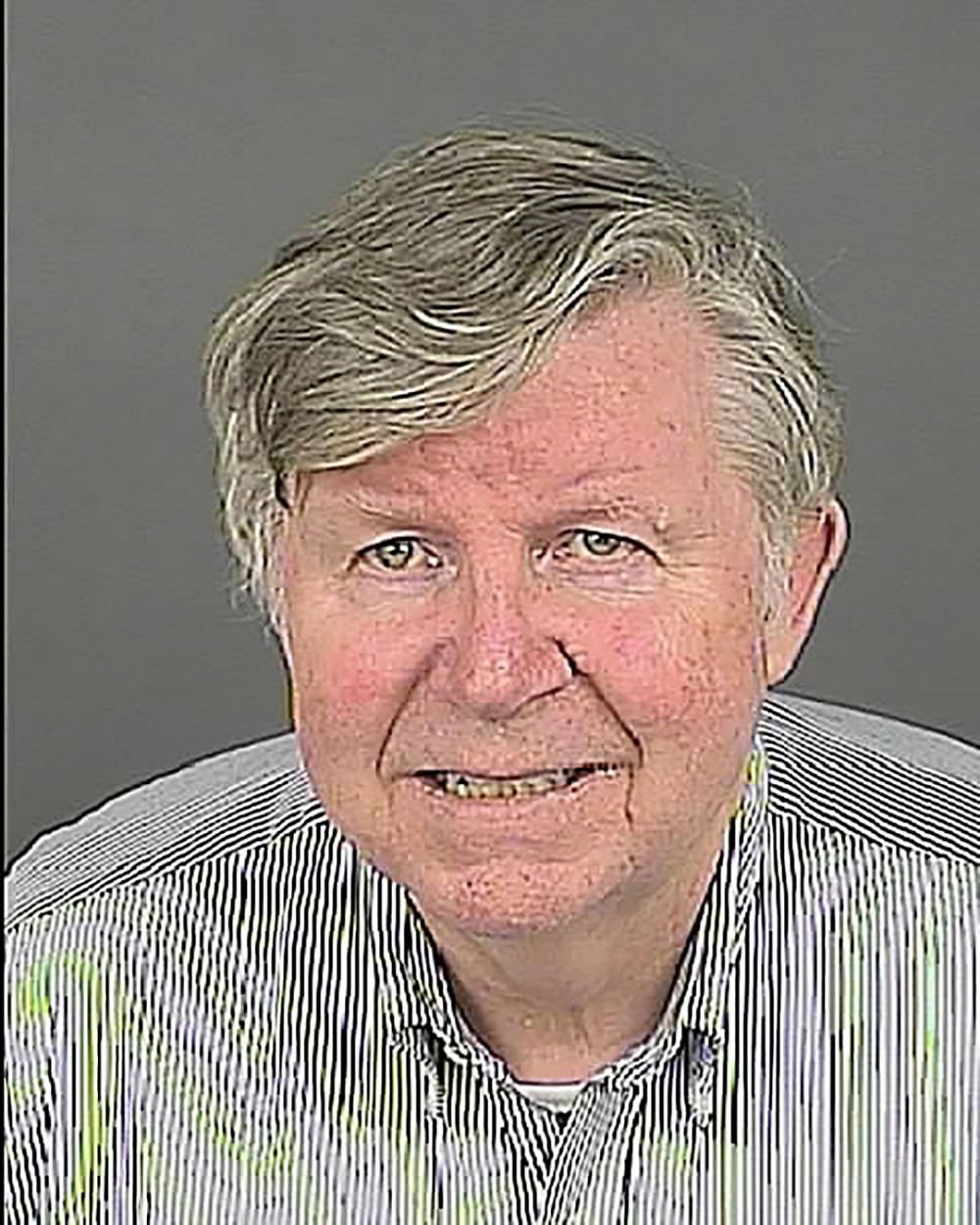 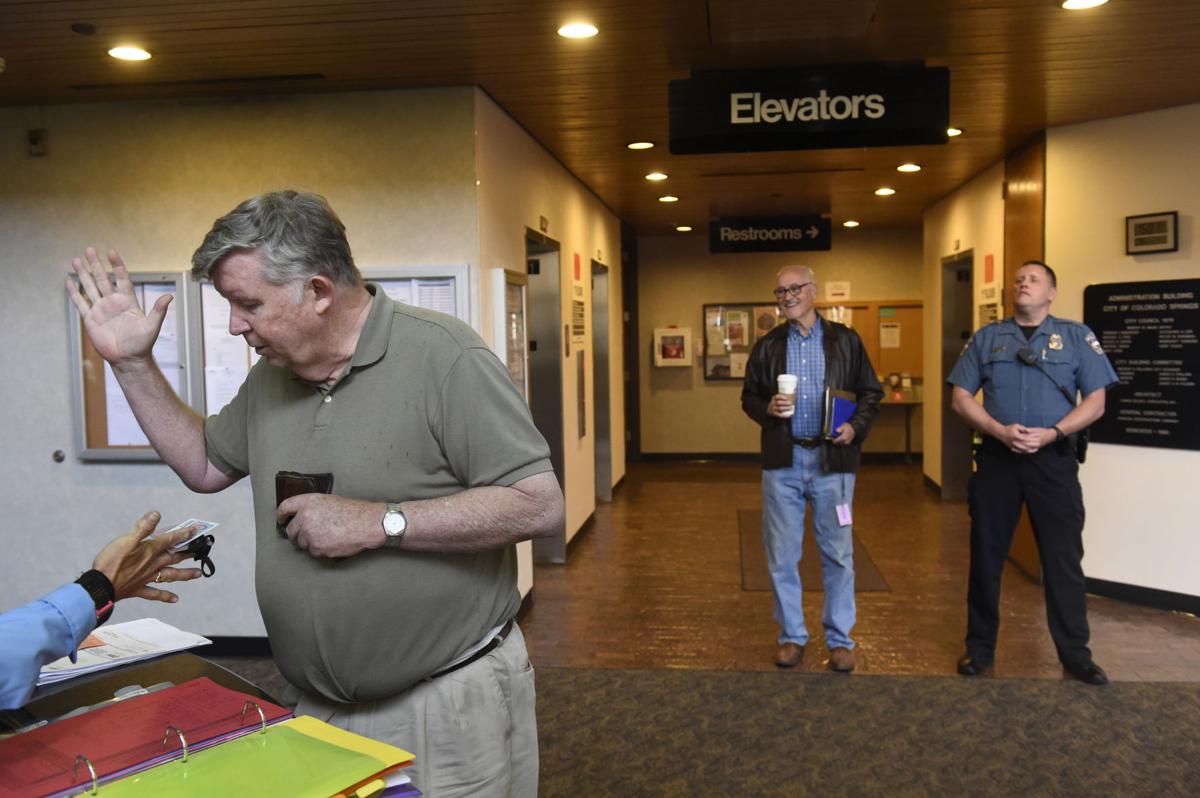 Douglas Bruce appeared at the City Administration Building Monday, May 4, 2015, to pay the city the nearly $7,600 judgment ordered by a distric court. Photo by Mark Reis, The Gazette 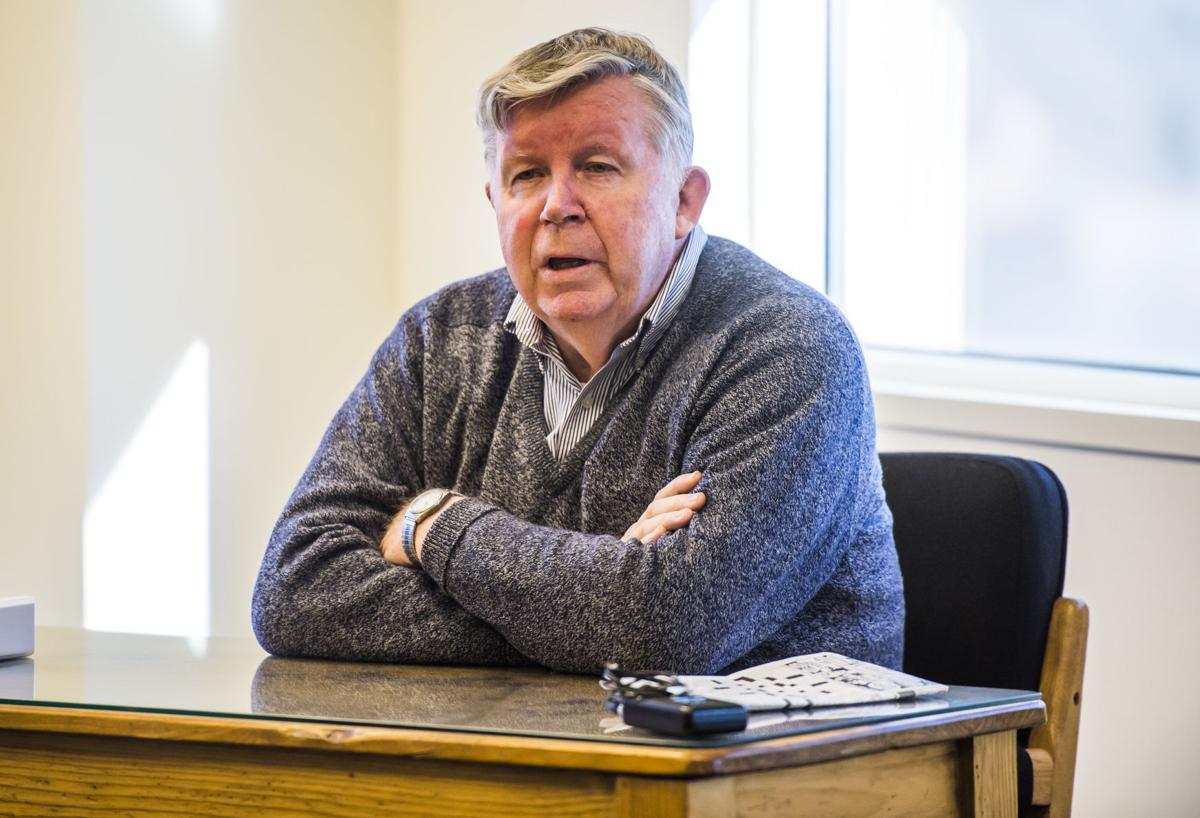 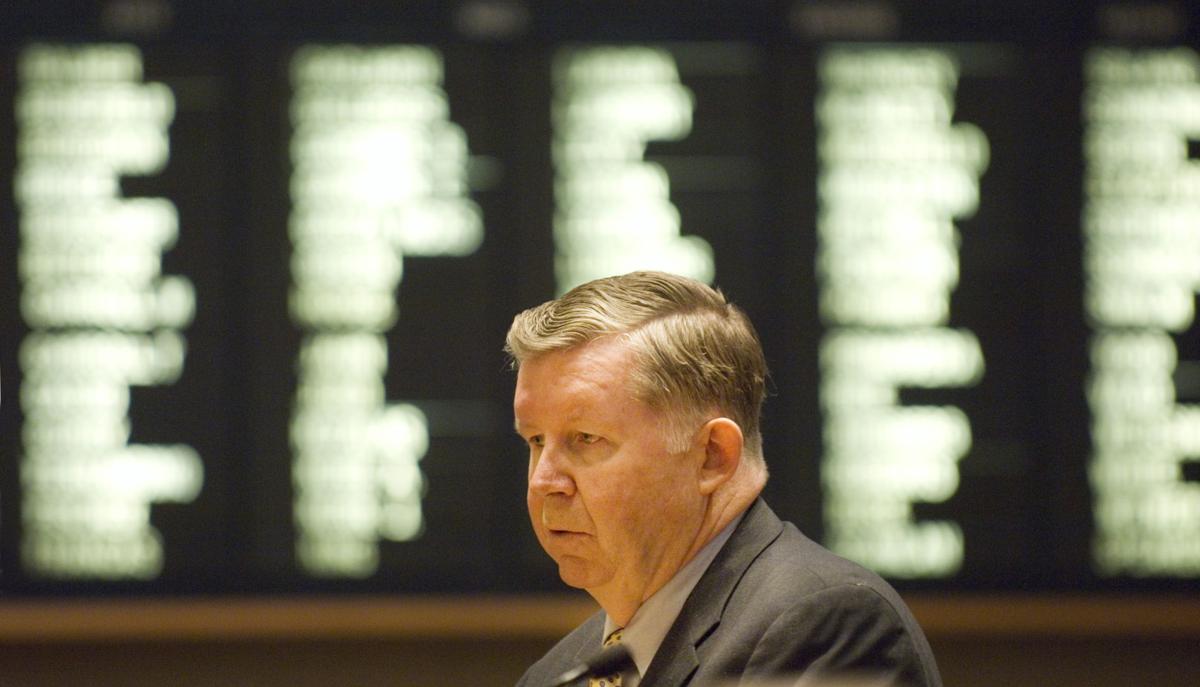 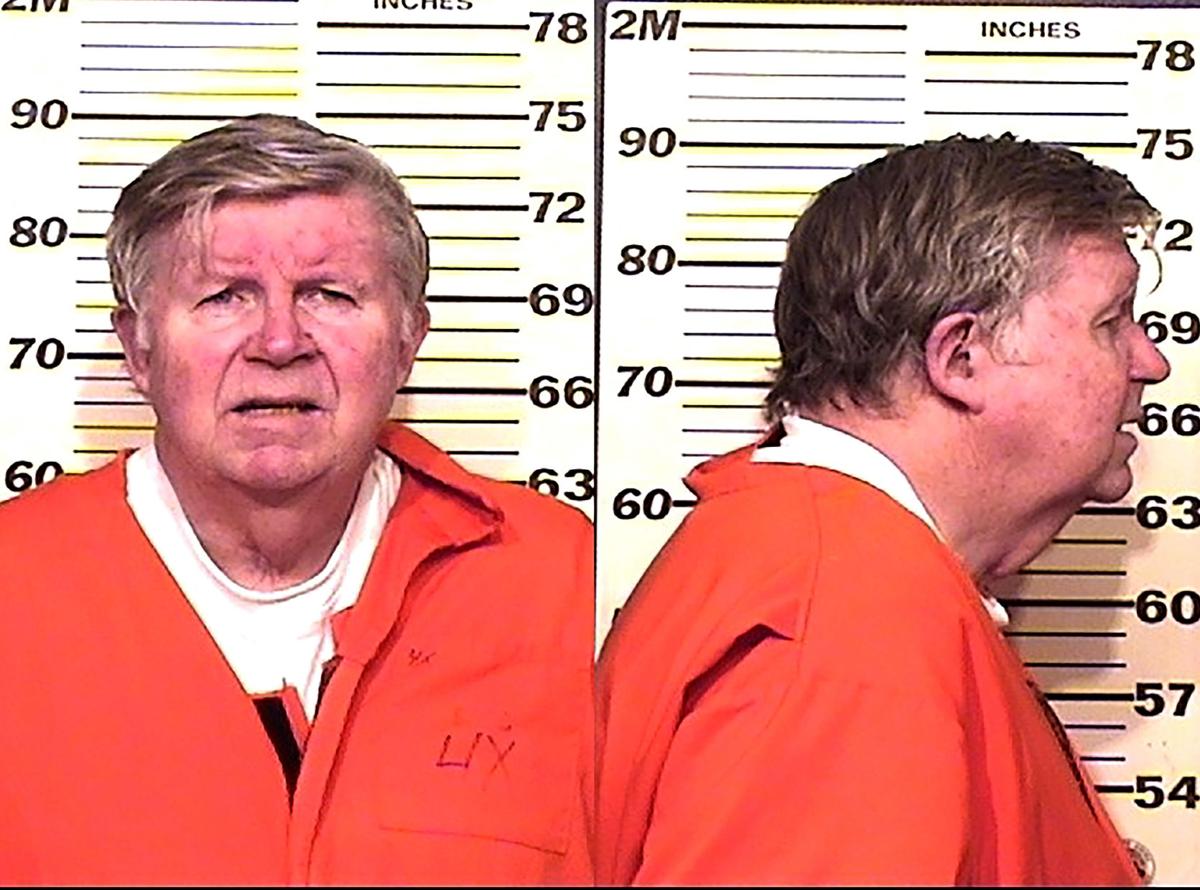 Douglas Bruce appeared at the City Administration Building Monday, May 4, 2015, to pay the city the nearly $7,600 judgment ordered by a distric court. Photo by Mark Reis, The Gazette

While pleading for his early release from prison, anti-tax activist Douglas Bruce said he would sell his properties, pay overdue taxes and "lead a quiet life" in retirement in Colorado Springs.

But since his release from the Delta Correctional Facility in September 2016, Bruce has thrust himself back into the political spotlight, sold only three of his 52 or more houses and let his property tax liens and fines multiply.

Two houses fell into such disrepair that they were demolished, and local governments reclaimed three others.

Asked last week about those promises during his July 2016 parole hearing, Bruce twice screamed a bovine vulgarity and hung up his phone.

Emailed later on the topic, he responded: "ARE YOU DEAF AS WELL AS STUPID? GO AWAY! DO NOT CONTACT ME AGAIN."

Bruce was imprisoned in Delta after violating terms of his economic probation on a previous conviction.

That strict probation - requiring him to report all financial dealings - was part of his sentence for 2012 convictions of felony tax evasion, filing a false tax return and trying to influence a public servant.

He served 104 days in jail for the 2012 convictions, but he was sentenced to two years in the Delta prison for violating his probation.

He served less than six months.

Bruce maintains he was wrongly convicted of the felonies, comparing himself with civil rights martyr Martin Luther King Jr.

The high-profile anti-tax activist wrote the Colorado Taxpayer's Bill of Rights and now is fighting a ballot measure that would re-institute stormwater fees in Colorado Springs.

Mayor John Suthers and most of the City Council support Issue 2A on the Nov. 7 ballot.

Bruce, by contrast, held a September news conference slamming those fees as well as Issue 3E, which would give School District 11 a $42 million mill levy override, its first in 17 years.

Asked after the news conference about promises made during his parole hearing, Bruce said, "I don't believe I said 'quiet life in retirement.' I said, 'I regret being here.'"

On the recording of that parole hearing, Bruce says multiple times that he wants to live a quiet, simple and peaceful life in retirement.

"What I am trying to do is raise money to pay property taxes, so I don't lose properties to tax sale foreclosures for nonpayment of taxes," he tells the parole board. "I'm trying to pay the taxes."

As for leading a quiet life, in addition to his recent news conference, Bruce participated in a panel discussion on the ballot issues this month, arguing with audience members when they questioned some of his statements.

He has printed and circulated fliers opposing the ballot issues, and he publishes his opinions on a website, noraintax.net.

Calling 2A a "bait-and -switch," Bruce says the $17 million to be raised each year would be spent on new police officers and firefighters, not on stormwater.

Suthers has said the 2A revenue would go to stormwater, but that would free money in the general fund to hire police officers and firefighters.

In perhaps his most dramatic appearance since his prison release, though, Bruce publicly chided the City Council this January, saying it "massacred" residents' rights by approving a $460 million stormwater agreement with Pueblo County the previous April 20 - a date he noted is Hitler's birthday and the anniversary of the Columbine High School massacre.

Although not as public, his woes as a landowner continue unabated.

He appears to have sold only three houses willingly, though records for two Bruce properties, one in Denver and one in Chicago, were not immediately available.

He also sold a house in Austin, Ind., and another in Cincinnati.

He also had three houses in Ohio foreclosed on this year by three counties there.

One foreclosure was in Cuyahoga County, where Bruce owes more than $66,000 in taxes and fines on three other houses he still owns there, said county spokeswoman Mary Louise Madigan.

Another Cuyahoga foreclosure is in the works for Bruce because he owes $6,429.28 on that house, Madigan said.

The other two houses there, on which he owes $34,666.62 and $26,705.71 in fines and property taxes, were so dilapidated that they were demolished. If those bills go unpaid, Cuyahoga County will foreclose on them also, she said.

In King County, Wash., Bruce has owed $10,726.85 on a North Bend house since 2015. The county will foreclose on it if the debt goes unpaid another year, said spokesman Mark Thompson.

But such foreclosures are rare, Thompson said. Of about 700,000 properties the county tracks, about 2,500 get foreclosure notices each year. About 100 of those actually go to auction, and most don't have houses on them, he said.

Despite his debts elsewhere, Bruce has paid all of his overdue property taxes in El Paso and Denver counties.

He still owes $8,239.33 on seven homes in Pueblo, however, where he owns 12 houses and has been cited for 14 code violations, which are not criminal offenses, over the past two years, said Karen Willson, code enforcement officer.

Some of the lots have been used as dumping grounds, and the city has boarded up others, Willson said.

Bruce currently owns eight houses in Colorado Springs, some of which have received similar complaints.

None of Bruce's current debts or financial transactions violate the terms of his parole, which only require him to abstain from drugs, alcohol and legal trouble, said Mark Fairbairn, of the Colorado Department of Corrections. His economic probation, which required financial transparency, expired when he was released from the Delta prison, said Jon Sarache, spokesman for the Colorado Judicial Department.