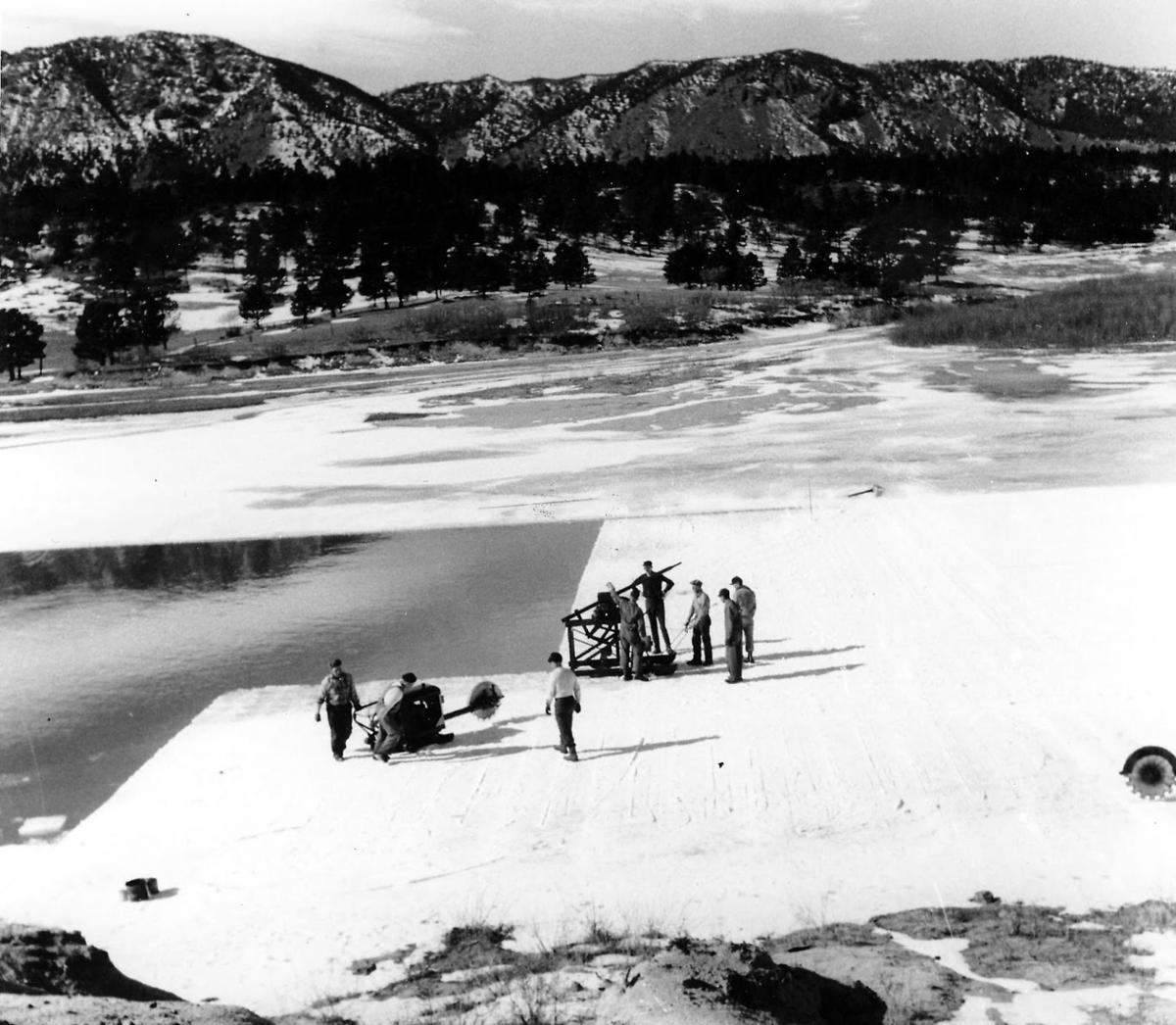 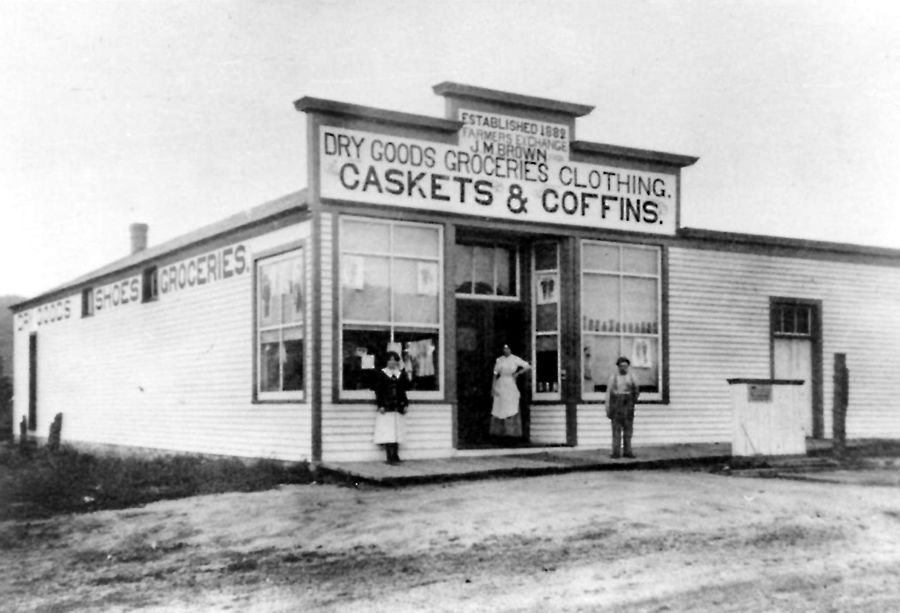 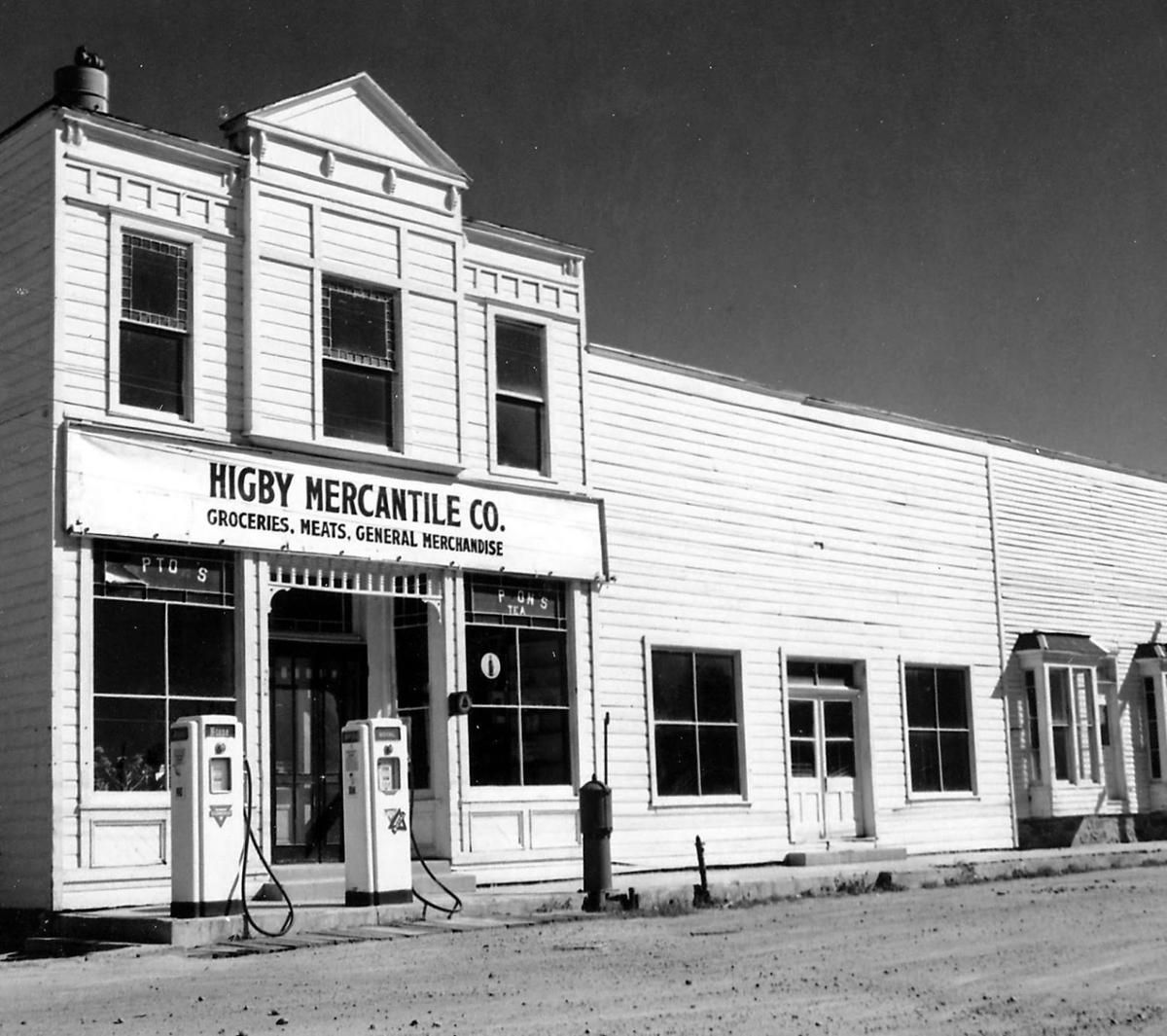 In amongst Monument’s quaint restaurants, shops and galleries lies the history of the town. A self-guided walking tour is a great way to learn about the people who made Monument and enjoy the lovely downtown.

On weekdays, stop by the Tri-Lakes Chamber of Commerce, 166 Second St., to get a map, or use the online version — found on the Palmer Lake Historical Society website at palmerdividehistory.org/mtour.html — anytime.

Parking downtown is free and readily available. The sidewalks are well maintained, as are crosswalks. Follow the tour to walk in the footsteps of our forebears, and in between, sample food and drink from the many establishments along the way.

This walk through time was created by the Palmer Lake Historical Society. Patricia A. Atkins, society secretary said the Monument Homemakers supplied the society with all the history of Monument to create the walk. The club was active for 94 years and at one point had 100 members. “I used to do aerobics with Grace Best in the building that is now the Chamber of Commerce,” Atkins said.

The town was platted in 1874 by Henry Limbach who came from Germany in 1866 and acted as the first mayor when the town was incorporated in 1879. Monument used to be called Henry’s Station. When Gen. William J. Palmer founded the city of Colorado Springs, he had the idea to develop the Denver & Rio Grande Railroad, the “Main Line through the Rockies.” According to Gary Atkins, a docent at the society, “passenger trains brought people from all over the world to this area to experience the Wild West.”

A great place to start your walking tour is at the same place a train traveler would have done in the late 1800s. Park along Front Street near the park or along the roadway at the corner of Front and Second streets. Back in the day, after departing the Santa Fe/Monument Depot along the tracks, guests would have walked to the Monument Hotel, 192 Front St., which was built in 1870 and stood where the current Hearth House now operates.

There were 19 rooms for guests who paid $2 per night for room and meals. In the early 1920s, the hotel burned down and was eventually replaced by the current building. It housed the post office from 1975 to 2000.

Ladies could have a dress mended or made at Mrs. Limbach’s Millinery Shop at the northwest corner of Second and Front streets. Gentlemen could get a haircut or grab a drink at Limbach’s Saloon and Barber Shop, 230 Front St.

Lavalett noted, “there was a woman who lived in town who was very much opposed to the saloons, and was named ‘Peeping Sal.’ She wanted to know who the men were who spent their evenings at the saloon, so she could give their wives a bad time.”

Tourists who came to town by train could rent a horse and carriage at Elliott’s Carriage and Wagon on Front Street to travel around the area. It was located about where Sew In Tune, 252 Front St., is today. R.C. Elliott who owned the shop was appointed to the board of trustees in 1880, and acted as Monument town clerk from 1887 to 1896.

John William “J.W.” Higby homesteaded with his family not far from Monument in 1888 and opened the Higby Mercantile, 105 Second St. The building stands today and houses Covered Treasures Bookstore. Atkins said groceries were sold there until the 1960s. While Hibgy owned the shop, there was a butcher shop in the back, competing with the Betz Family Meat Market on 65 Second St. The shop was also the post office from 1910 to 1942. Charles Allis who owned Allis Ranch also ran a butcher shop that stood at the corner of Second and Washington streets.

Historian Lucille Lavalett wrote, “There was a lot of excitement one time when George Betz got in a large stalk of bananas, and as he took it out of the crate, curled around the stalk was a large poisonous snake.”

Higby also owned the first ice plant built along Monument Lake, or State Reservoir as it was known then, to harvest ice in the winter. Some ice cakes were sold to local homes, and the rest shipped to Denver and Pueblo. It is estimated 20,000 to 30,000 tons were harvested. “I think they kept the ice frozen by using straw in between the layers of ice cakes,” Gary Atkins said. Another source suggested the cakes were packed in sawdust.

Five more ice houses were built to harvest the ice, but in 1909 they were demolished by powerful winds coming east off the foothills. After being rebuilt, they again were destroyed by wind in 1943, and were never rebuilt.

Before ice-cutting season started, townspeople would hold ice skating parties and burn bonfires along the banks of the lake.

Will “Penny” Lierd’s shop, 243 Washington St., sold groceries and more. His nickname has several stories attached to it. On folk tale states Lierd insisted on being paid to the penny, but another established by Lavelett says a family paid him for a $50 casket all in pennies. The shop was called “Dry Goods, Shoes, Groceries, Caskets and Coffins” and was established in 1882. Lierd also acted as an undertaker.

“Big Red,” aka the Lewis School, 146 Jefferson St., is a nice place to pause on your walk. Built in 1919, the building is named after Inez Johnson Lewis, an El Paso County Superintendent of Schools. Although the building, which currently houses District 38 School offices, is locked on the weekends, the property offers an art installation on the lawn and a summer farmer’s market.

The beautiful Sheldon Jackson Memorial Chapel, 238 Jefferson St., still stands. As the oldest church in town it represents the typical congregation created by the famous Jackson who built churches throughout the old west.

There are many more locations to visit along the Monument walking tour, this article touches on a few of them. Some are private property, but visitors can still walk along the streets in the footsteps of those who created this enchanting town.