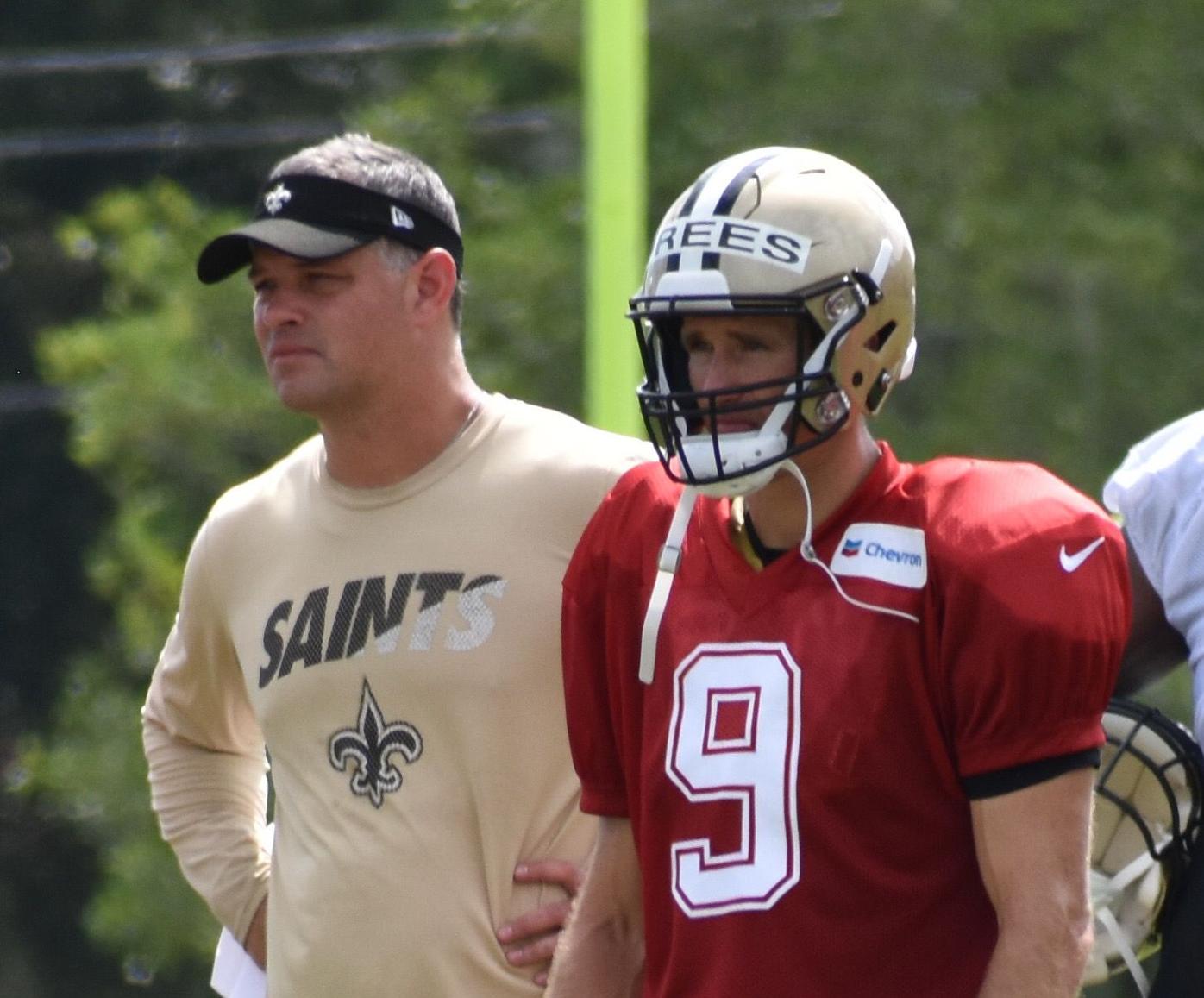 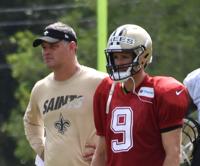 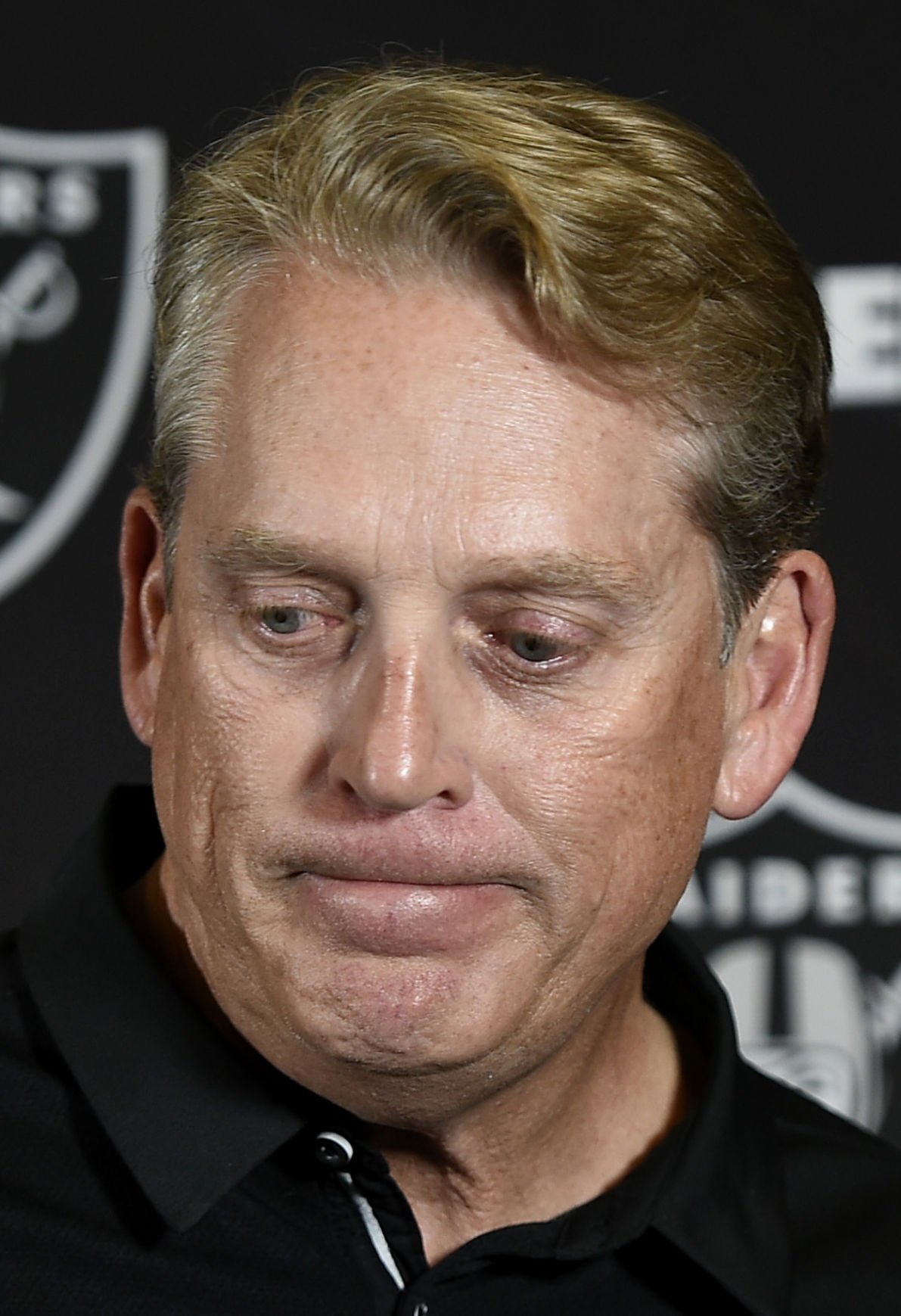 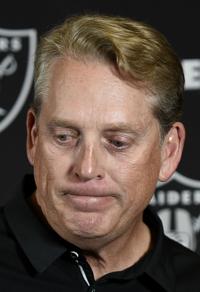 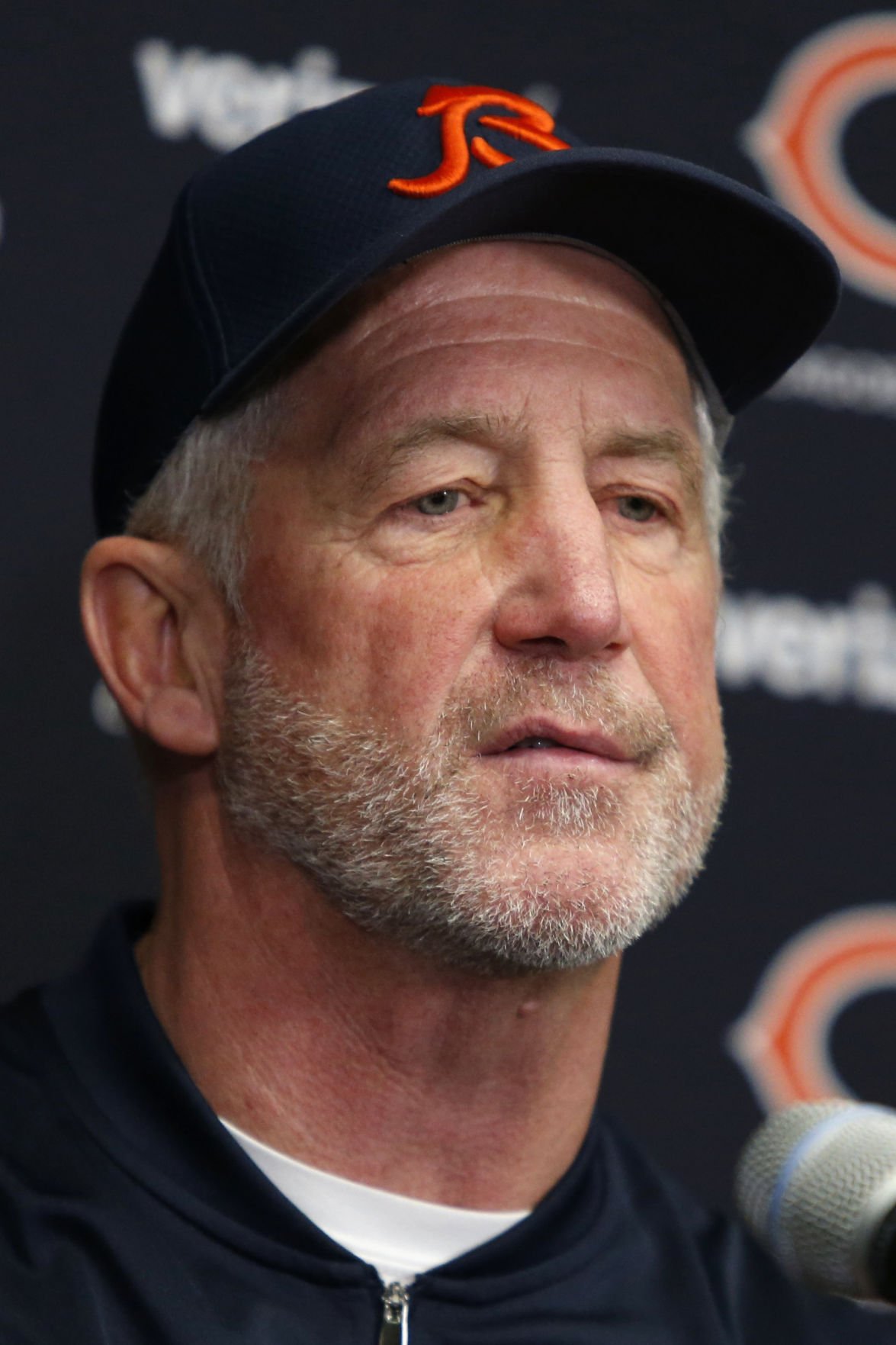 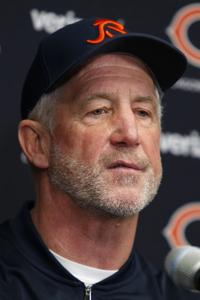 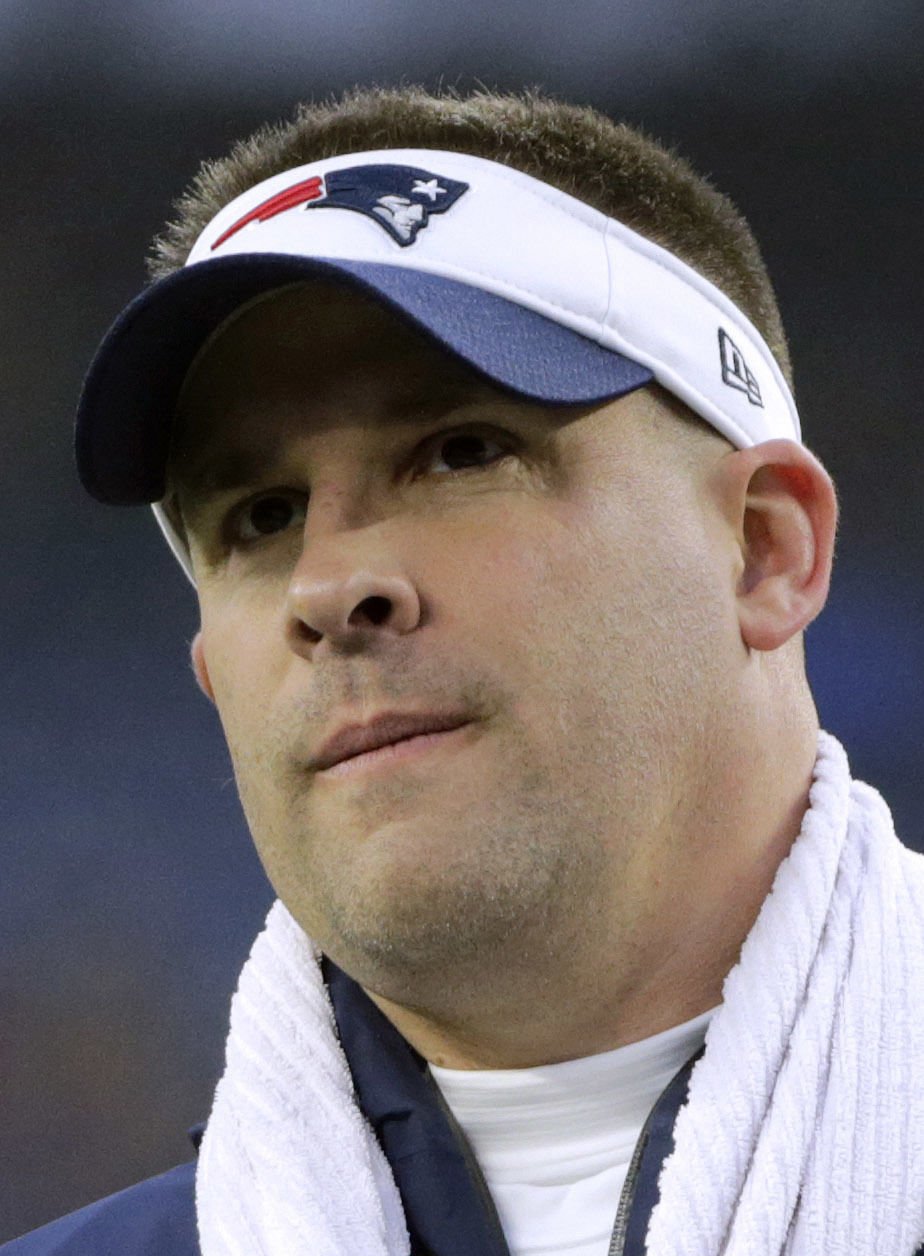 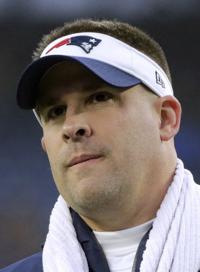 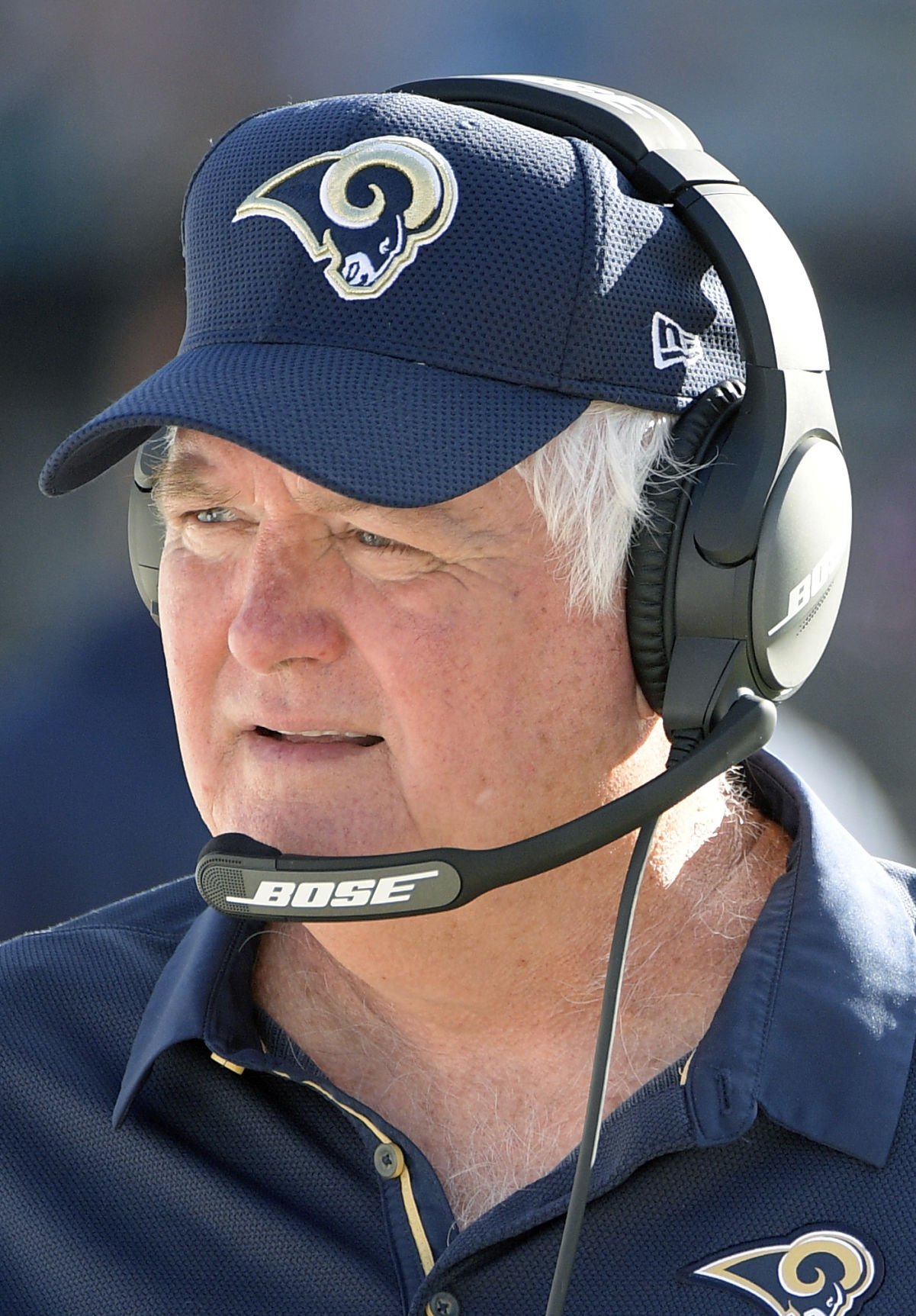 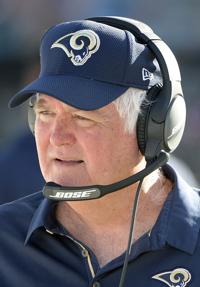 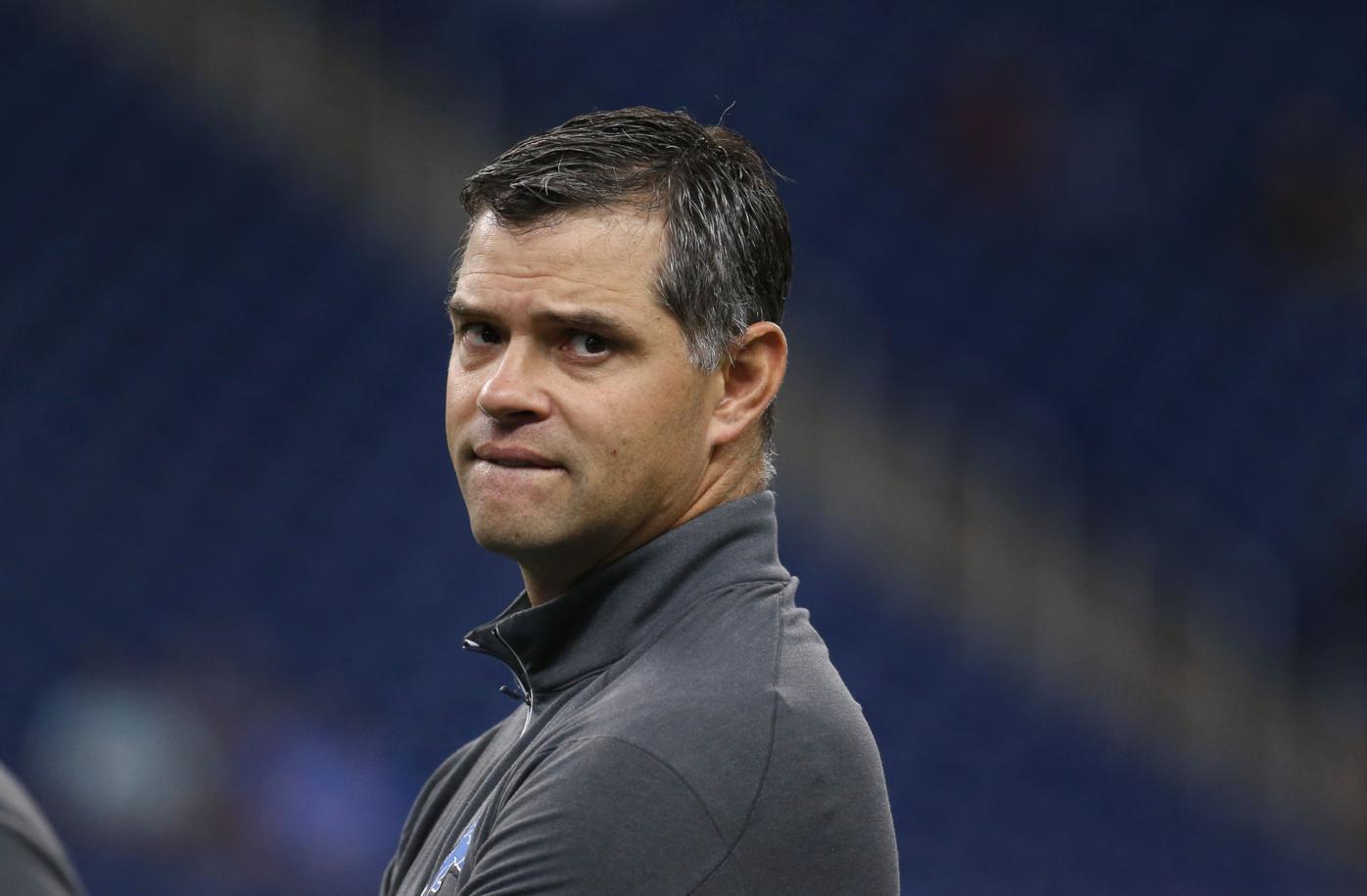 FILE--In this Oct. 11, 2015 file photo, Detroit Lions offensive coordinator Joe Lombardi watches during pre-game of an NFL football game against the Arizona Cardinals in Detroit. The Lions fired Lombardi and offensive line coaches Jeremiah Washburn and Terry Heffernan on Monday, Oct. 26, 2015, a day after the team dropped another game in a listless performance against the Minnesota Vikings. (AP Photo/Paul Sancya)

FILE--In this Oct. 11, 2015 file photo, Detroit Lions offensive coordinator Joe Lombardi watches during pre-game of an NFL football game against the Arizona Cardinals in Detroit. The Lions fired Lombardi and offensive line coaches Jeremiah Washburn and Terry Heffernan on Monday, Oct. 26, 2015, a day after the team dropped another game in a listless performance against the Minnesota Vikings. (AP Photo/Paul Sancya)

McDaniels continues to be one of the most appealing NFL head-coaching candidates — despite the slight sag by the Patriots and his last-minute wimp out from the Colts. But he’s not witty and charming following the McDebacle in Denver.

Phillips, Broncos two-time defensive coordinator and two-year head coach, departed in 2017 for the Rams after a disagreement with John Elway over salary size and complaints from the Broncos Boss.

Del Rio, Phillips’ predecessor as Broncos coordinator (and, most recently, head coach of the Raiders) also had philosophical differences with Elway and (was) resigned after three seasons.

Woody Paige: Mike Shanahan could be back with Broncos if not for Joe Ellis, sources say

Fox was pushed out as he jumped out immediately following the 2014 season.

They’re not coming back.

And, neither apparently, is Mike Shanahan, the longest-tenured (14 seasons) and most successful coach (146 victories, seven playoffs, two Super Bowl championships).

Following the exclusive publication and revelation Monday by The Gazette of what was described in Colorado and nationally as a “bombshell’’ column revealed that Elway, a year ago this month, wanted Shanahan, fired 10 years ago, to return as Broncos coach for the 2018 season, the Broncos have not issued an official denial of the report.

Coach Vance Joseph did discuss the matter, matter-of-factly, in his media conference.

Someone high in the organization told a reporter from a team media partner that Shanahan would not be a candidate for the job for 2019.

Bizarre Broncos retort in regard to a possible stunning return that was thisclose.

There is no Peace in the (Dove) Valley — because of external and internal arguments over the franchise’s future ownership, a lawsuit filed to oust the Pat Bowlen Family Trust three-member board (that includes CEO Joe Ellis), a third consecutive season without a postseason and the inevitable firing of Joseph.

So, those who cannot be the coach of this team in 2019 can presumed.

I believe — and the opinion is not based on five reliable sources and even more who have come forward the past two days to confirm details and provide more information about the decades-in-the-making Elway-Shanahan-Ellis triangular prism — that Elway will conduct a thorough search and ultimately hire a coach this time who is not a novice and has previous head coaching experience.

As Elway did when he brought in Fox and Kubiak. Fox primarily had a defensive background, as did Joseph.

Gary Kubiak was a quarterback, an offensive coordinator and a head coach. The next coach likely will bring offense.

An extensive list of former and current head coaches in the NFL and college football, prominent assistants and usual suspects does exist.

Yet, there could be slim pickings, which sounds like the prominent actor in “Dr. Strangelove’’ and “Blazing Saddles.’’

Who really wants this job, given the mystery and muck surrounding the ownership, the potential long-term quarterback and as many as 20 other position players?

The situation is not as Joseph found the Broncos — who had a 9-7 record in 2016 when Kubiak resigned — and called the head-coaching job the best of the openings.

The Broncos are projected to possess the 14th overall pick — sort of no man’s land in the NFL draft.

Their best selection could be Missouri quarterback Drew Lock.

Would a potential coach choose the Broncos over the Packers and Aaron Rodgers, or the developing Browns and Baker Mayfield, or even the Jets and Sam Darnold? And Denver hasn’t been a prime landing place for veteran free agents since Peyton Manning was the attraction.

ENGLEWOOD — Snubbed from the combine and in the 2018 draft, Denver Broncos running back Phillip Lindsay is the first undrafted offensive playe…