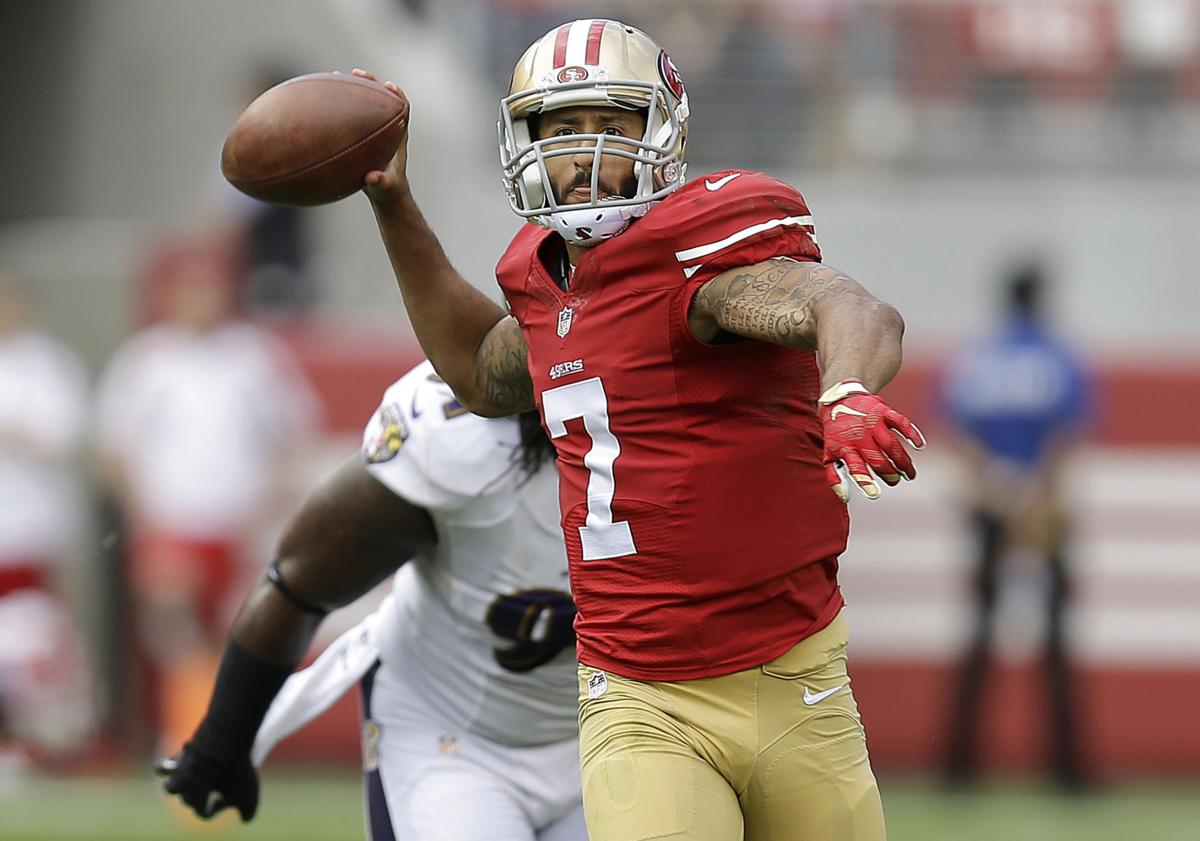 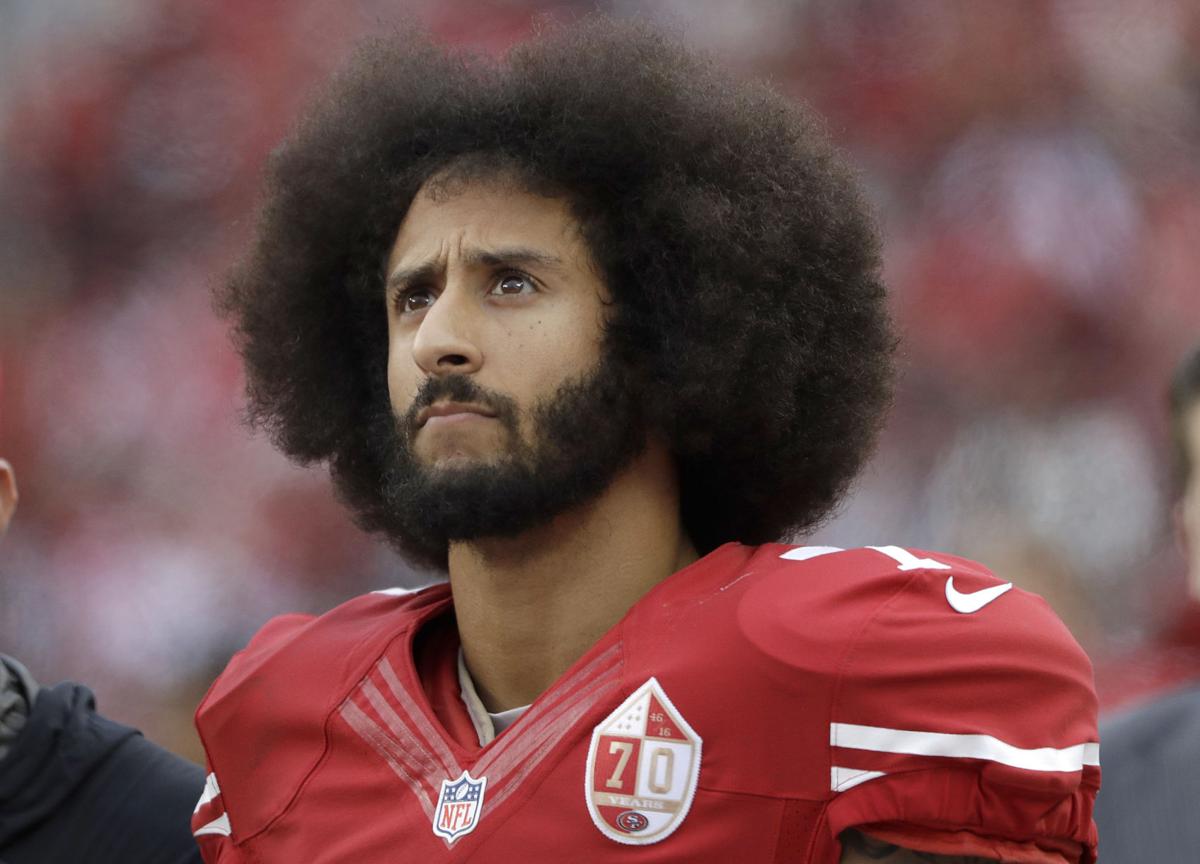 In the Tale of Four Quarterbacks — with the initials C.K., C.K., K.C. and J.F. — it was, ultimately for the Broncos, the worst of times, not the best of times.

This weekend the Broncos were scheduled to closely observe two quarterbacks who each could have become the starter for the beleaguered franchise.

For some inexplicable reason, the Broncos dispatched a scout Saturday to Atlanta for a Colin Kaepernick workout. Emmisaries from two dozen teams were expected. However, shortly before the session coordinated between Kaepernick’s attorneys and the NFL was to begin, it was moved fromt he Falcons’ training facility to a high school stadium. And media was invited. Only a few representatives of teams decided to attend, and the Broncos reportedly did not.

On Sunday the Broncos will watch Kirk Cousins. The last time they saw Cousins, he was throwing three touchdowns against them in a 27-11 Washington victory. No ho-ho-ho for Denver on Christmas Eve ‘17.

Rather than trading for Kaepernick in 2016 or signing Cousins in 2018, Elway signed Case Keenum last year, then traded for Joe Flacco this year. The two managed only eight victories in 24 starts.

The Broncos' role in the Colin Kaepernick workout

Now, the Broncos start 27-year-old journeyman QB Brandon Allen vs. Cousins; Kaepernick is trying to get back to the NFL; Flacco is injured and possibly finished in Denver; and Keenum has been replaced as a starter and likely is through in D.C.

Keenum and Flacco had combined multiyear contracts of $79 million before Flacco’s deal was restructured. The Broncos weren’t amenable to paying Kaepernick $28 million over two seasons or Cousins $84 million over three seasons.

The Broncos offered Kaepernick $7 mil a year. They offered Cousins nothing.

You don’t always get what you want or what you won’t pay for.

When the Vikings win, Cousins and four former Broncos coaches will be 8-3 and conceivably tied for first in the NFC North. The Broncos will be 3-7 and last in the AFC West and preparing for the Drew Lock Era.

The sorrowful saga continues. It began with the retirement of Manning on March 7, 2016, exactly a month after the Broncos’ Super Bowl 50 championship.

Elway was pursuing Kaepernick, who had been the 49ers starter from 2013 until a series of injuries shelved him halfway into the ’15 season. San Francisco informed Colin he could seek a trade, and the Broncos were fascinated as he spent two months in Vail recuperating from surgery at the Steadman Clinic. The Broncos’ executive vice president of football operations met with Kaepernick in March twice, the second time at Elway’s home.

Kaepernick was willing to take a salary slice, but not to the extent Elway was negotiating.

Elway would trade up in the first round to draft Paxton Lynch. Kaepernick kneeled during the national anthem and has been ignored by NFL teams since — until the bizarre show-and-tell Saturday afternoon.

Elway has maintained that Kaepernick had his chance with the Broncos and passed on it. So, it was shocking that an unknown Broncos’ envoy witnessed the workout with representatives of at least two dozen franchises and media members.

As Sanchez, Siemian, Kyle Sloter, Lynch and a returning Brock Osweiler were discarded, Cousins became available as a free agent after the 2017 season.

Although never been reported previously, The Gazette has learned that the first franchise to inquire with the Cousins camp about the possibility of signing the quarterback was the Broncos. It was known that Cousins sought a three-year contract (with a title-contending team) that would make him the highest-paid quarterback in football.

Cousins’ associates were not contacted by the Broncos again, and Cousins didn’t want to play for the bad Broncos, anyway. Elway signed free agent Keenum while Cousins did a dynamic deal with Keenum’s former team.

However, the Broncos might have pulled off a coup if either Mike Shanahan or Kyle Shanahan had been the coach. The Gazette exclusively initially disclosed Dec. 17, 2018, that the elder Shanahan had talked with Elway privately a year earlier to discuss the former coach returning as head coach in 2018. The younger Shanahan was spurned in 2017 when the Broncos made a disastrous coaching decision.

Mike picked Kirk 102nd in 2012 (after Washington selected Robert Griffin III second overall). Mike and Kyle, the team’s offensive coordinator, developed Cousins for two years, but both Shanahans were fired after the ’13 season.

A reunion with one of the Shanahans was very appealing to Cousins.

Instead, though, Cousins was joined in Minnesota by Gary Kubiak, who emphasizes the Shanahan scheme after playing and coaching under the father and hiring the son as his Texans’ offensive coordinator.

The Tale of Four Quarterbacks has no happy ending for the Broncos. It was not, as Dickens wrote, a far, far better thing they did.

Three with Klee: As Colin Kaepernick works out for Broncos and other teams, reason for his NFL exile remains the same

Three with Klee: Paul Klee's three thoughts from Minneapolis as the Vikings host the Broncos on Sunday