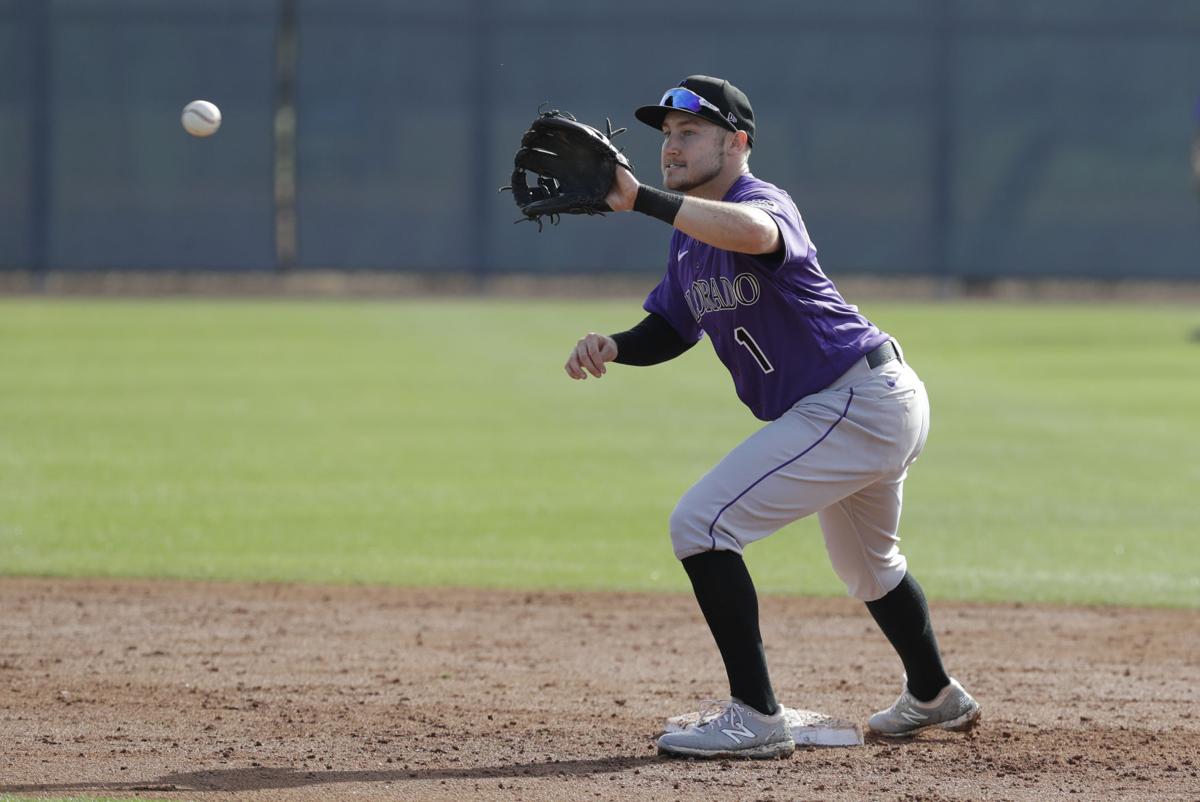 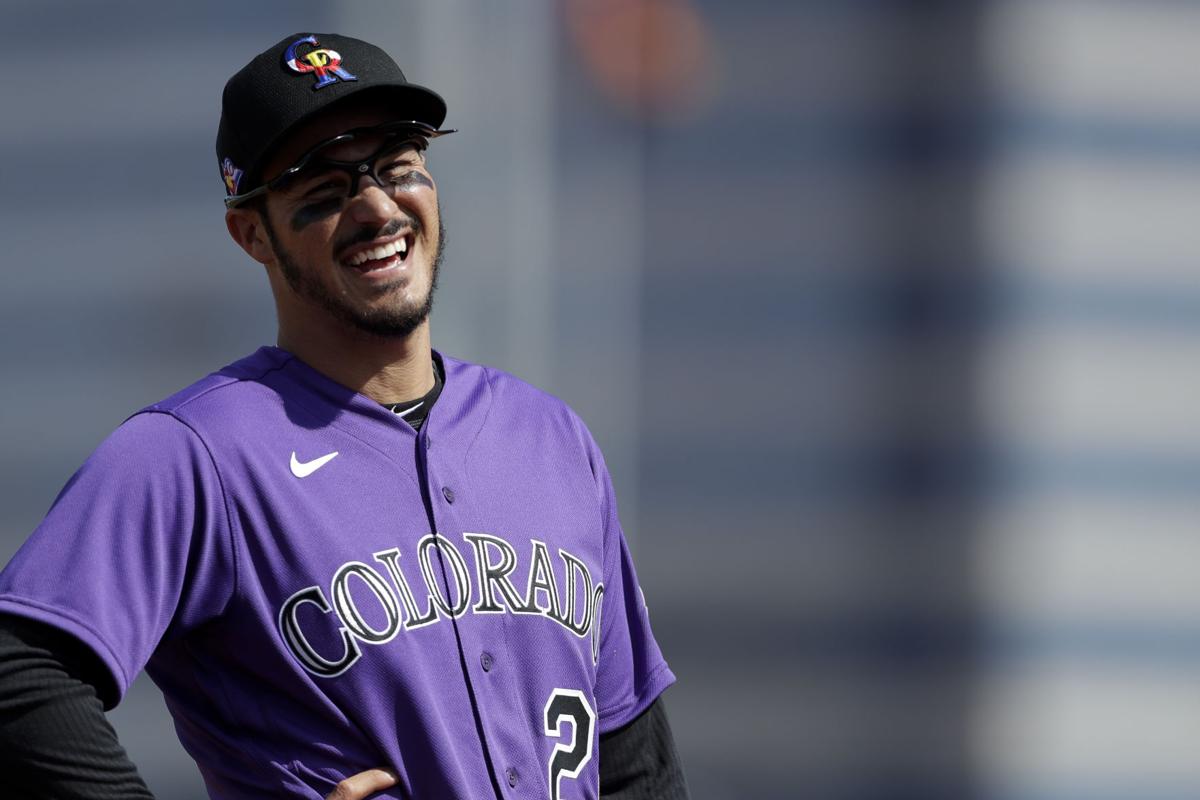 Colorado third baseman Nolan Arenado laughs during the first inning of a spring training game Feb. 23 in Tempe, Ariz. The Rockies will want Arenado coming to bat in extra innings even more now than before.

Colorado third baseman Nolan Arenado laughs during the first inning of a spring training game Feb. 23 in Tempe, Ariz. The Rockies will want Arenado coming to bat in extra innings even more now than before.

“Designated Extra-Inning Runner Placed At Second Base.’’ Or Deir In Headlights.

This is serious stuff in the current bizarre world of sports.

The 26-year-old Hampson, who spent the past two seasons with the Rox, has been judged as the fourth-fastest runner in Major League Baseball. He stole 21 bases on 25 attempts.

In baseball’s 60-game regular-season schedule, which will be released officially this week, the Rockies can be expected to play five to six extra-inning games. Last season they won 10 of 16.

Four to five victories in the 10th or 11th innings, or beyond, could produce a difference between finishing sixth in the freshly created, 10-team West Division or earning a postseason wild-card spot.

If the Rockies want to learn how to flourish under the new wacky EI rule, they should talk to folks in Colorado Springs and Grand Junction who are familiar with the concept.

They’ve been there, done that.

The Pioneer League’s Rocky Mountain Vibes and the Grand Junction Rockies were stretched into the 10th inning July 27, 2019. On the Western Slope, the Rookie Rox scored four runs in the bottom of the ninth to tie the first-year V’s at 9.

Years ago baseball commissioner Rob Manfred proposed experiments to quicken pace-of-play and shorten times of games. One idea was an alteration to the traditional extra-inning history, although the commissioner said then he “never would expect’’ MLB to adopt the remarkable, revolutionary change.

All minor leagues tested the directive in 2018-19, and the results proved positive. According to the research of J.J. Cooper, executive editor of Baseball America, in 2016-17, under the normal play-on rules, games ended in the 10th inning 45 percent of the time. After the new order was instituted, 73 percent of games were over in one inning.

Pause here for an explanation of the one-year trial: If teams are tied in the regular season, but not in the postseason, visiting teams will start the 10th with a freebird runner at second. He would be the player who made the last out of the ninth, unless it’s the pitcher, and the next-to-last batter, or a pinch-runner, would be selected. The National League will join the American League in utilizing the designated hitter this season.

All half innings will begin with a runner at second and no outs. (In the scorebook the event will be referred to as a team “error,’’ which makes no sense.) Even if the visiting team scores the runner or three or 12 runs, the home team also will get the benefit of an at-bat and a runner at second. If the visiting team did not score and the home team does, game over. If neither scores, the same process is repeated in the 11th and onward.

The Rockies and the Giants played an 18-inning game in 2019. The probability of a repeat this season with the alien rule is virtually nil.

The belief is that the number of pitchers required for extra-inning games would be reduced, and games could be abbreviated by perhaps 30 minutes.

A versatile speedster such as Hampson could become a valuable asset if held out until the 10th. He could easily move to third on a bunt and score on a sacrifice fly. The Rockies certainly would want Nolan Arenado and Trevor Story at the plate in the 10th and/or 11th. Teams will contemplate walking the 10th-inning leadoff hitter (Arenado?) to put men on first and second and create more double-play possibilities.

There will be drama.

Rockies manager Bud Black must develop and practice explicit extra-inning offensive, defensive and pitching strategies in the “second’’ spring training next month. Major league camps obviously haven’t even trained under this rule before, although I saw a Rox exhibition in which the managers agreed to try it.

In the top of the 10th inning of the Vibes-Rockies game in July, the Vibes’ first hitter tried to bunt and popped into a double play. The following batter struck out. Then, the Rox first hitter safely bunted the designated runner to third. The next hitter was intentionally walked, and Brenton Doyle bunted toward third to send in the winning run.

Like it or loathe it, bonus innings will have a distinct dimension.

Get used to it.