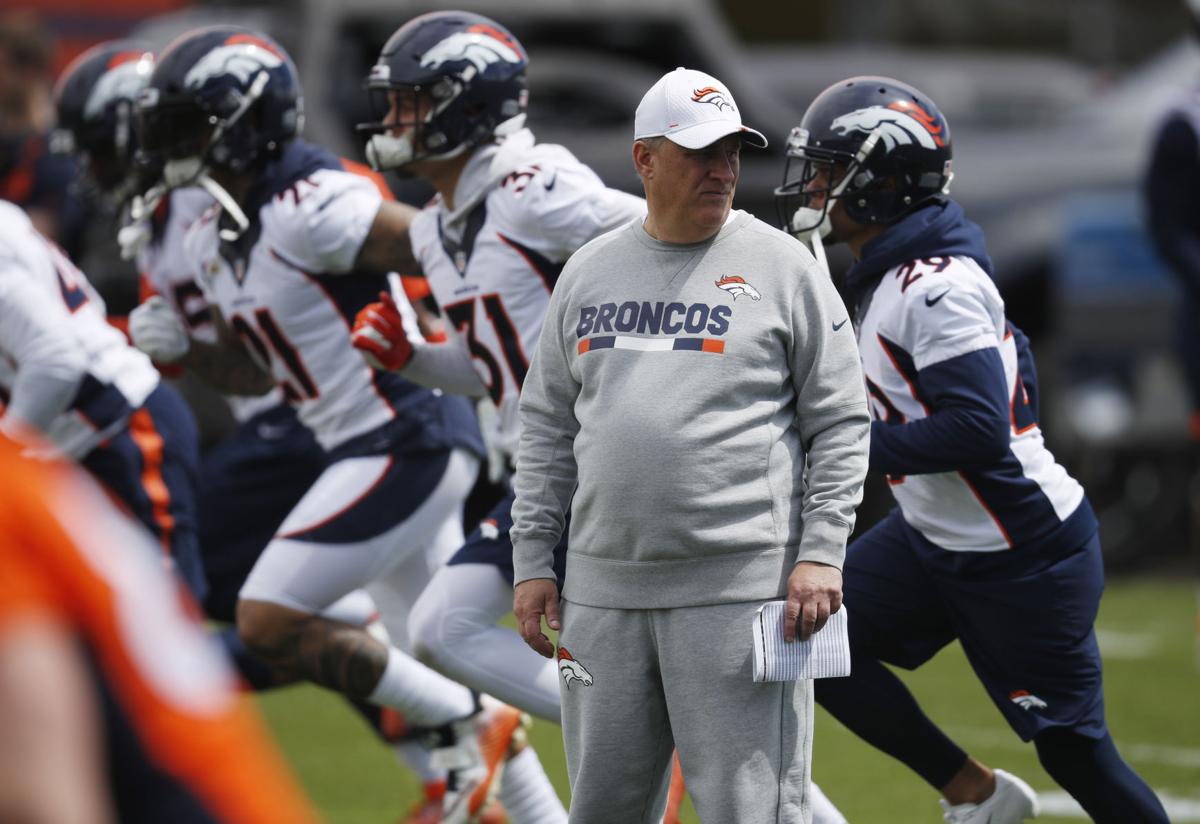 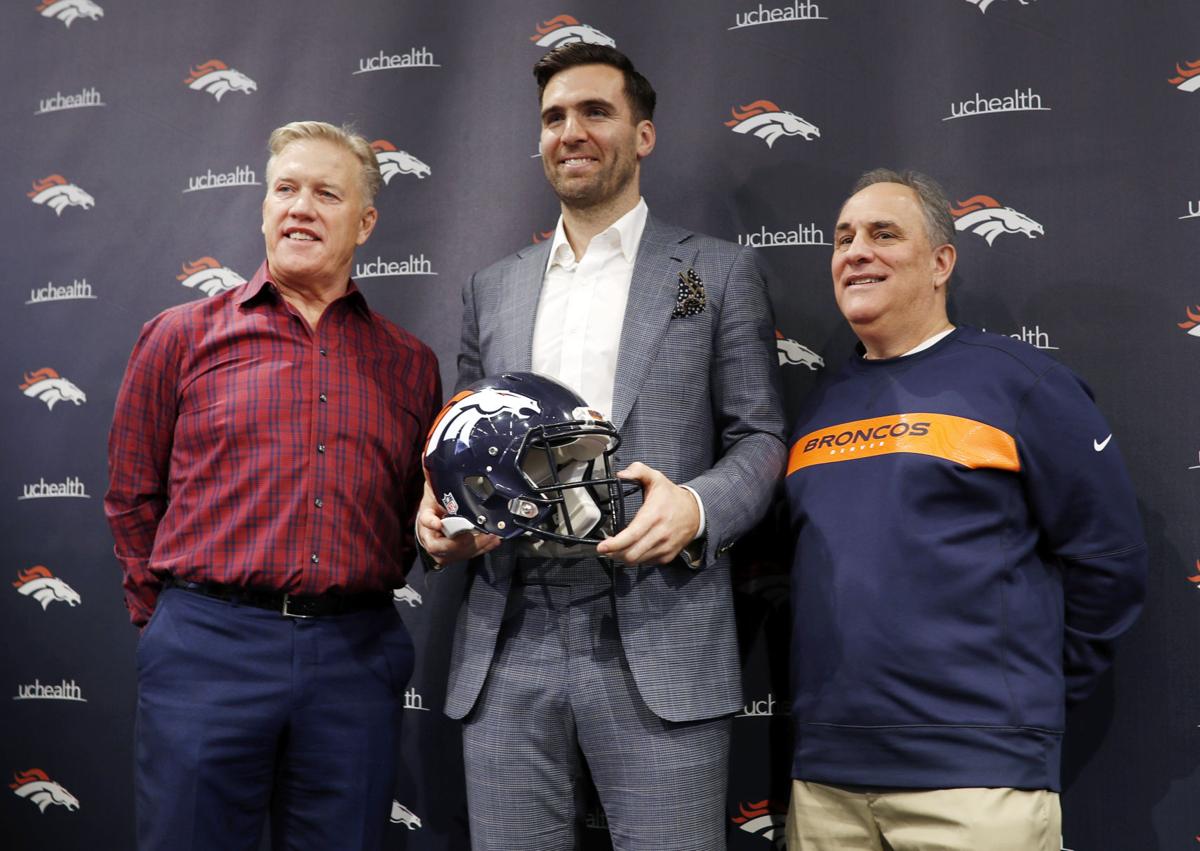 With Broncos training camp beginning in just over three weeks, myriad suppositions regarding their success, or failure, are being advanced.

I suspect that in Denver, where a slight majority of voters recently approved a decriminalization of hallucinogenic mushrooms, an irrational dolt will run on the 16th Street Mall shrieking: “The Broncos will be awful this season.’’

But nobody would expect an ostensible, but not sensible, analyst, who lives in a fantasy football world and whose name I forget, to predict that the Broncos will finish 2019 with the worst record in the league — 2-14.

Perhaps the Broncos should consider canceling camp and forfeiting the season.

Oh, the Broncos did manage only two victories in the Dark Ages of the franchise. They were 2-11-1 in back-to-back seasons (1963-64) under coach Jack Faulkner — William Faulkner would have been a better choice — and his successor Mac Speedie, and were drawing cozy clusters of 14,000 to watch five quarterbacks start games.

Slaughter sounds like a blowout loss, not a guy who got starting opportunities at five junctures of those two years and barely had a 1-9-1 record.

It might be presumed that this clown car commuter with NFL.com was thoroughly confused and believes Vance Joseph still is the coach, and Paxton Lynch continues to do his Mickey Slaughter impression.

Paul Klee: Add another 'Do' and 'Don't' when Denver Broncos open training camp

Yet, it was discovered that the expert bashed the Broncos for hiring an “old coach’’ in Vic Fangio and trading for the “most immobile quarterback’’ in the history of the league in Joe Flacco. Therefore, 2-14.

He wasn’t trying to be funny, flippant or facetious going through the Broncos’ schedule and picking them to beat only the Titans and the Lions. Same fellow prophesied a year ago the Broncos would wind up as a wild-card playoff team. He was just a bit outside on Joseph, defensive coordinator Joe Woods, revolving offensive coordinators and quarterback Case Keenum.

The Broncos won a total of 11 games in the past two seasons, but were very fortunate to escape the Raiders, the Chargers and, alas, the Steelers.

Other contributors to the NFL’s own network think the Broncos will end up 6-10, 7-9 or 8-8. Those are more realistic guesses.

But I guarantee that the new, improved Broncos will not compile the most hideous record in the team’s 60 seasons of existence. I saw my first Broncos game in 1966, and that 4-10 AFL bunch couldn’t have whipped an NFL team or a WAC team.

These Broncos are inferior to the 1960s Era, or the two teams in the Joseph Error? Not anyhow.

Yeah, several NFL teams are turning to “young geniuses’’ as head coaches as a solution to winning the Super Bowl. Did Sean McVay prevail last year? His team was defeated by Bill Belichick, who was 66 then. Only Mike Tomlin and Jon Gruden won Super Bowls as head coaches in their 30s.

How did 32-year-old Josh McDaniels work out in Denver?

Old-timers succeed and win championships. Fangio has been among the NFL’s premier defensive coordinators for decades, and he already has proven to be a notable upgrade as coach.

Joe Flacco is not the most mobile quarterback in the league. But Tom Brady and Peyton Manning never have been mistaken for mobile. They won Super Bowl MVP trophies, and so did Flacco. Manning won a second when he was in his last year. An ancient John Elway won Super Bowls. All had exceptional players and teams around them.

What’s to hate about the Broncos’ defense — the Von Trap Family? With another former Super Bowl MVP, Von Miller, on one side and Bradley Chubb on the other, the Broncos could have the eminent rushing linebacker tandem in the league.

Chris Harris Jr. is back and happy.

The Broncos will feature at least eight quality starters on defense, and the offense will be enhanced extremely.

Maybe the ’19 Broncos aren’t Super Bowl beloveds, but they definitely aren’t among the dregs anymore.

2-14? Beware the effects of psychedelic mushrooms.

Woody Paige: Pat Bowlen honored for checking off a lot of important boxes with Denver Broncos

DENVER • The mahogany desk — unpretentious, unassuming uncluttered — was emblematic of the man, and just as he left it.