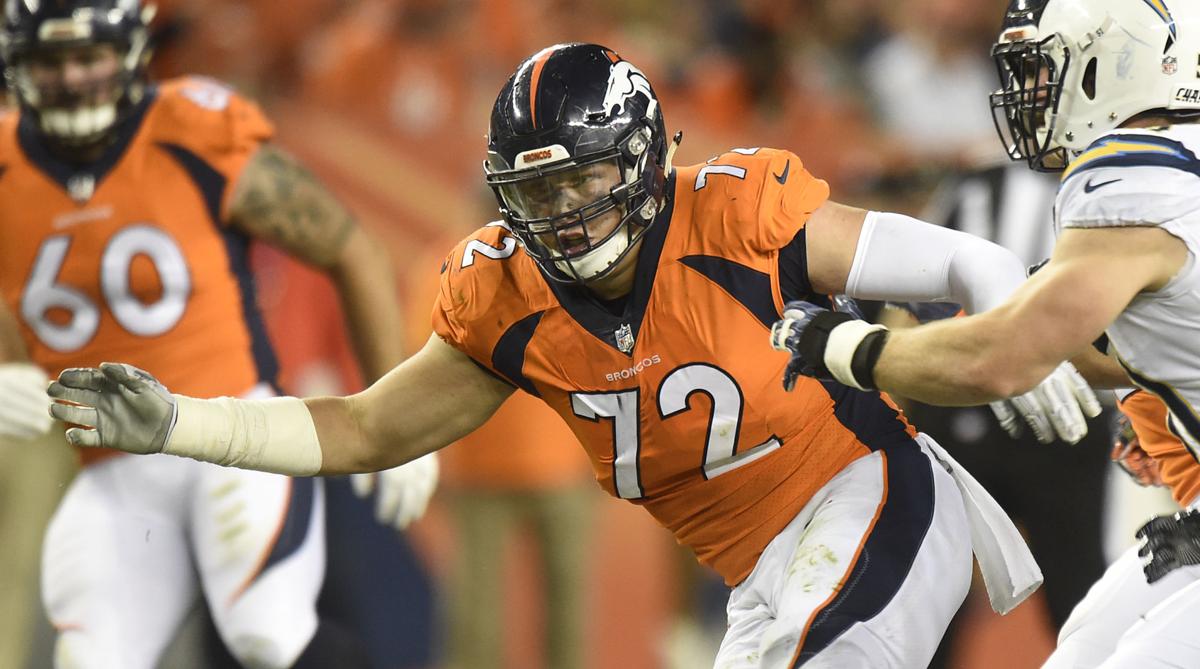 Denver Broncos offensive tackle Garett Bolles (72) goes after after a Charger during the second half of a game between the Broncos and the Chargers on Monday, Sept. 11, 2017. (Photo by Jerilee Bennett, The Gazette) 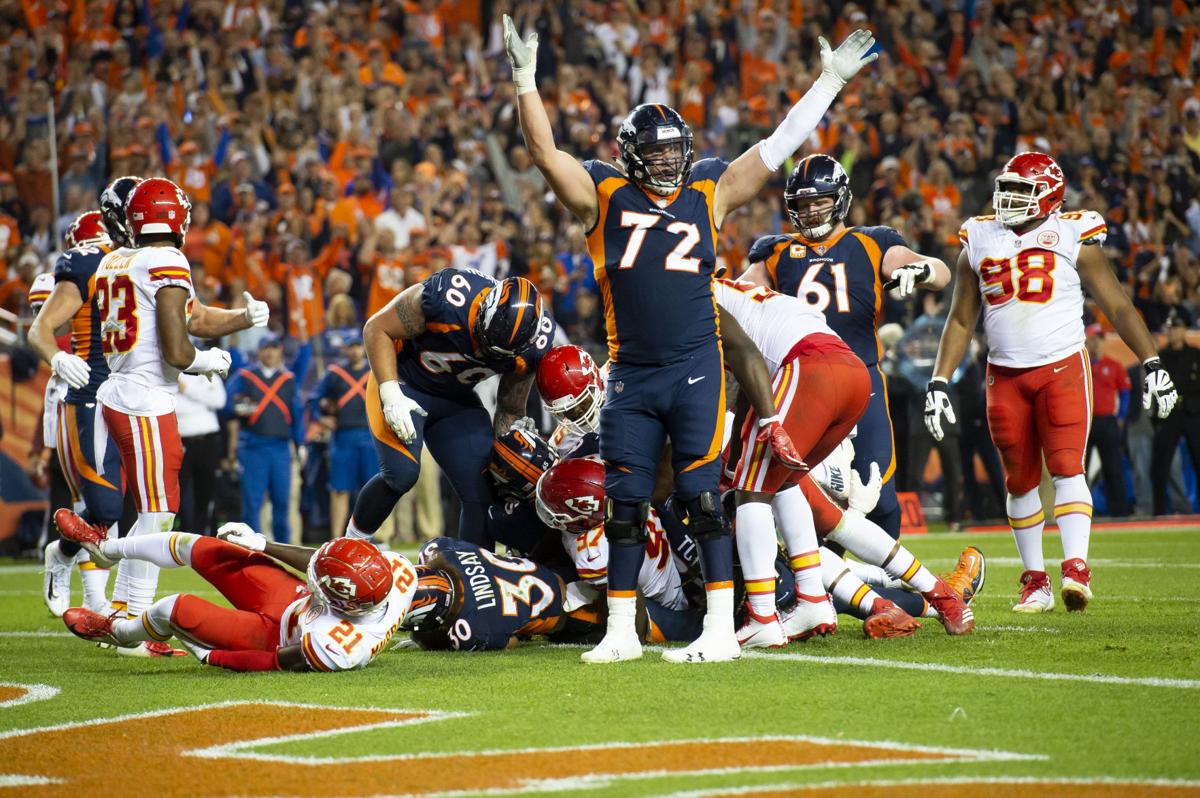 Denver Broncos offensive tackle Garett Bolles (72) raises his hands after his teammate running back Phillip Lindsay (30) makes a touchdown against the Kansas City Chiefs at Broncos Field at Mile High on Monday October 1, 2018 in Denver, Colorado. (Dougal Brownlie, The Gazette).

Denver Broncos offensive tackle Garett Bolles (72) goes after after a Charger during the second half of a game between the Broncos and the Chargers on Monday, Sept. 11, 2017. (Photo by Jerilee Bennett, The Gazette)

Denver Broncos offensive tackle Garett Bolles (72) raises his hands after his teammate running back Phillip Lindsay (30) makes a touchdown against the Kansas City Chiefs at Broncos Field at Mile High on Monday October 1, 2018 in Denver, Colorado. (Dougal Brownlie, The Gazette).

Hamlet would evaluate the Broncos’ draft as “To B or to B-minus.”

On Saturday, after the NFL’s weird, wacky, wonderful draft concluded, John Elway characterized the Broncos’ orange-picking of 10 new young players as “tremendous’’ and will add “explosiveness’’ to the team.

Perhaps it was not an “A’’ game for the Broncos, as local fanboys claim, but objective expert assessments were positive.

But the Broncos didn’t fill one foremost fissure.

Left tackle was left out — astonishingly.

So the Broncos must be downgraded from B-plus.

Three drafts ago, the Broncos managed just one starter — who has become loathed, not loved.

Yet, Elway et al. didn’t even make a concerted effort Thursday, Friday and Saturday to replace left tackle Garett Bolles, the No. 1 pick in ’17.

In that notorious Draft That Time Forgot the Broncos Boss possessed eight picks, including players who would suffer injury problems (Jake Butt), legal problems (Carlos Henderson and Chad Kelly), fumble problems (Isaiah McKenzie), position problems (Brendan Langley, who ultimately switched from defense to offense without staying), and DeMarcus Walker, who was switched from defensive end to linebacker back to end to a substitute’s role) and underachieving problems (all of them, including Bolles).

More than 20 offensive tackles were taken off the big board, but zero by the Broncos. Elway said circumstances to draft a tackle never worked out. So, the Broncos currently have Bolles — who holds more than couples at a drive-in — and Elijah Wilkinson (who plays almost every line position, but is a master of none) and Ju’Wuan James, who was the league’s highest-paid and the lowest-performing tackle last season. Elway said there will be “competition’’ at the positions. Not much. They did not enter the Trent Williams left tackle — the price was too steep, Elway said — Sweepstakes at all or show any interest in signing three veteran free agents who have been long-time starting left tackles.

The Broncos likely selected two players who will be immediate full-time starters: No. 1 choice — Alabama wide receiver Jerry Jeudy Jeudy Jeuday — and LSU center Lloyd “Orange’’ Cushenberry, a great grab in the third round (83). Two others could be utilized regularly — Hamler in three-receiver sets and Okwuegbunam in two-tight end alignments. If Ojemudia advances rapidly, he would be an occasional nickel back. The others will mostly play on special teams and as reserves and injury replacements. As Elway acknowledged, they have to develop, which will be more difficult in a terrible time with shut-ins and football-distancing because of the pandemic.

The Horses’ objective is to copy and chase the champ Chiefs. Both Elway and coach Vic Fangio acknowledged after the draft the Broncos must score more than 17 points a game, must give the offense Drew Lock-and-Load weapons to give the quarterback a legitimate chance to succeed, and the emphasis was on speed players.

The Broncos tied the Chiefs with a “B’’ grade, while the Chargers, who selected quarterback Justin Herbert, finished at B-minus and the Las Vegas Raiders gambled, as it were, early and often in the draft and had a garden-variety “C’’ grade.

The Broncos’ 2011 draft would produce six eventual starters and two Pro Bowl players. The 2020 draft will be a triumph if Elway can duplicate his original effort. He said the Broncos “got the best players we could.’’

The Broncos, with free agency and trades and the draft, have improved.

Sinatra would say Doo B doo B doo?

DENVER — Off the clock and now armed with the best wide receiver in the 2020 NFL Draft, John Elway leaned back in his Cherry Hills home and le…