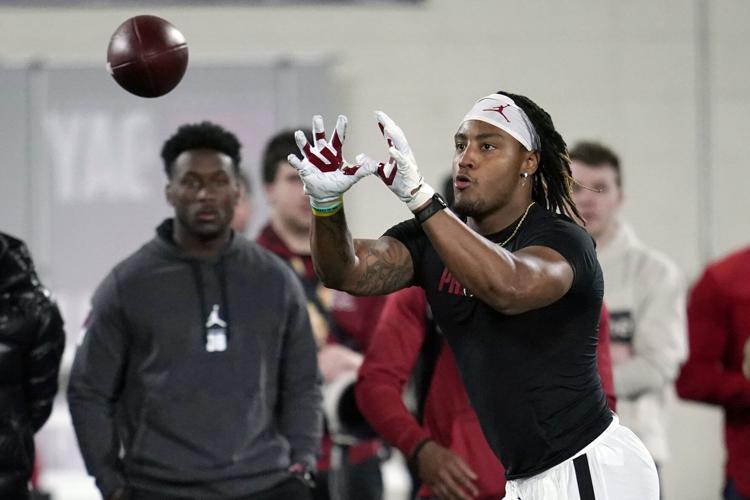 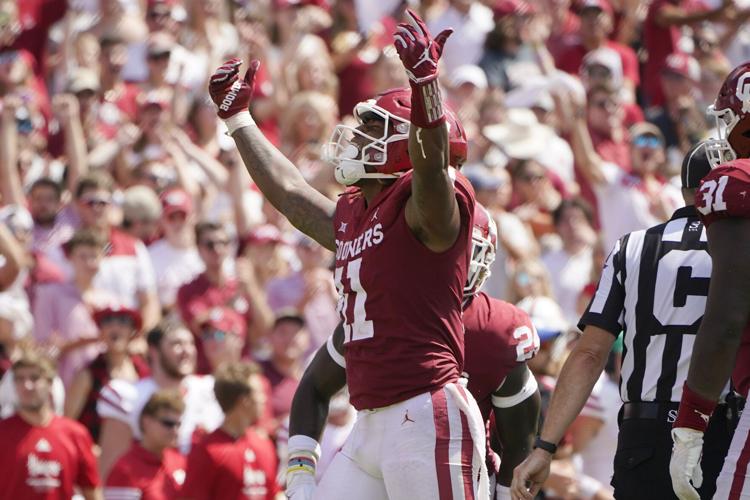 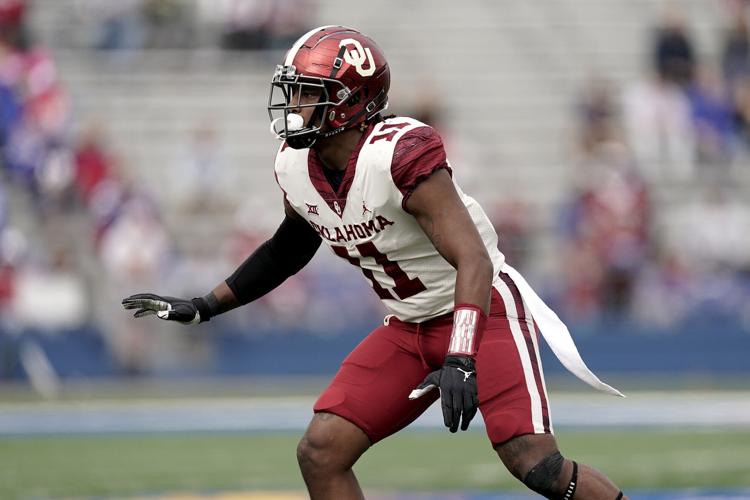 Oklahoma linebacker Nik Bonitto runs during the second half of a game against Kansas on Oct. 23, 2021, in Lawrence, Kan.

Oklahoma linebacker Nik Bonitto runs during the second half of a game against Kansas on Oct. 23, 2021, in Lawrence, Kan.

The Broncos drafted a Sooner later.

They are committed to gaining the Edge on those other three world-class AFC West quarterbacks and to benefit their own future Hall of Fame quarterback.

Bonitto was the 13th edge rusher chosen in the edge rusher-heavy draft, but the Broncos and their backers were celebrating as if he were No. 2 overall — as Von Miller was in 2011. Bonitto never will be superior to Miller, but the Broncos will be ecstatic if he starts in Denver as long as Von did.

In his pre-draft media conference, Broncos general manager George Paton actually revealed his intent when he said: “You can never have enough edge rushers.’’

George was right, and he got one.

Three of the first draft selections were edge rushers, and a cavalry full of edge rushers followed. The league is edge-rusher mad, and we won’t know for quite a while how to rank the crowd.

Then, in the third round, the Broncos traded down five slots from 75 to pick prominent tight end Greg Dulcich from UCLA, Paton’s alma mater.

Paton certainly knows what he’s doin’ with the Bruin.

The Broncos concentrated as early as they could on two positions they sought to enhance. And later they will address cornerback, safety, offensive line, defensive line, then inside linebacker.

To the Broncos, Bonitto and Dulcich were worth the wait until the second night in Las Vegas.

As a rookie GM, Paton produced the league’s top draft, which ended up with six rookies contributing in 2021 and two — Patrick Surtain II and Javonte Williams — becoming major players immediately.

And he also traded for Russell Wilson in the off-season.

The Broncos didn’t have the No. 9 overall selection Thursday because of the deal with the Seahawks (which also included a second-rounder and a fifth-rounder this year and their first and second choices in 2023). So they had to endure all 32 picks in the first round and 31 picks in the second round before they could become involved.

Paton secured a player in Bonitto that the Broncos obviously were interested in before the draft because the edge rusher was the final player to be brought to Dove Valley in the 30 visits the franchise was permitted. Maybe the Broncos were saving the best for last. Bonitto wasn’t a mystery. He was connected to the Broncos because the 6-foot-3, 248-pound speed-, spin- and sly-linebacker seemed a fantastic fit in Denver.

Dulcich was considered the No. 3 tight end in the draft — but there was no indication that the Broncos were stalking him.

Bonitto should be able to work in right away in the edge-rushing rotation, particularly because of Gregory’s rotator-cuff surgery and his injury and suspension history and Chubb’s own injury background and his pedestrian season in 2021. Cooper, who overcame a heart problem to be one of the Broncos’ three seventh-round selections a year ago, proved to be a genuine player.

Especially after Miller’s trade to the Rams.

The loss of Miller forever will be judged against the drafting of Chubb (instead of Josh Allen) at fifth overall in the 2018, the signing of free agent Gregory this off-season and the picking of Bonitto, who has unique skills but needs to be stronger and sharper.

Dulcich will be in the tight-end cycle without delay and with Albert Okwuegbunam and Eric Tomlinson. The 6-foot-4, 245-pound Dulcich, who was a walk-on with the Bruins as a freshman, had 68 receptions for 1,242 yards and 10 touchdowns his past two season.

He is to step in for Noah Fant.

The Broncos traded their 94th pick, and nobody seemed to notice.

But Patrick Mahomes, Derek Carr and Justin Herbert definitely will be noticing the Broncos’ Edge sooner than later during six games in the 2022 season.

ENGLEWOOD — The Broncos got exactly who they wanted Friday night.