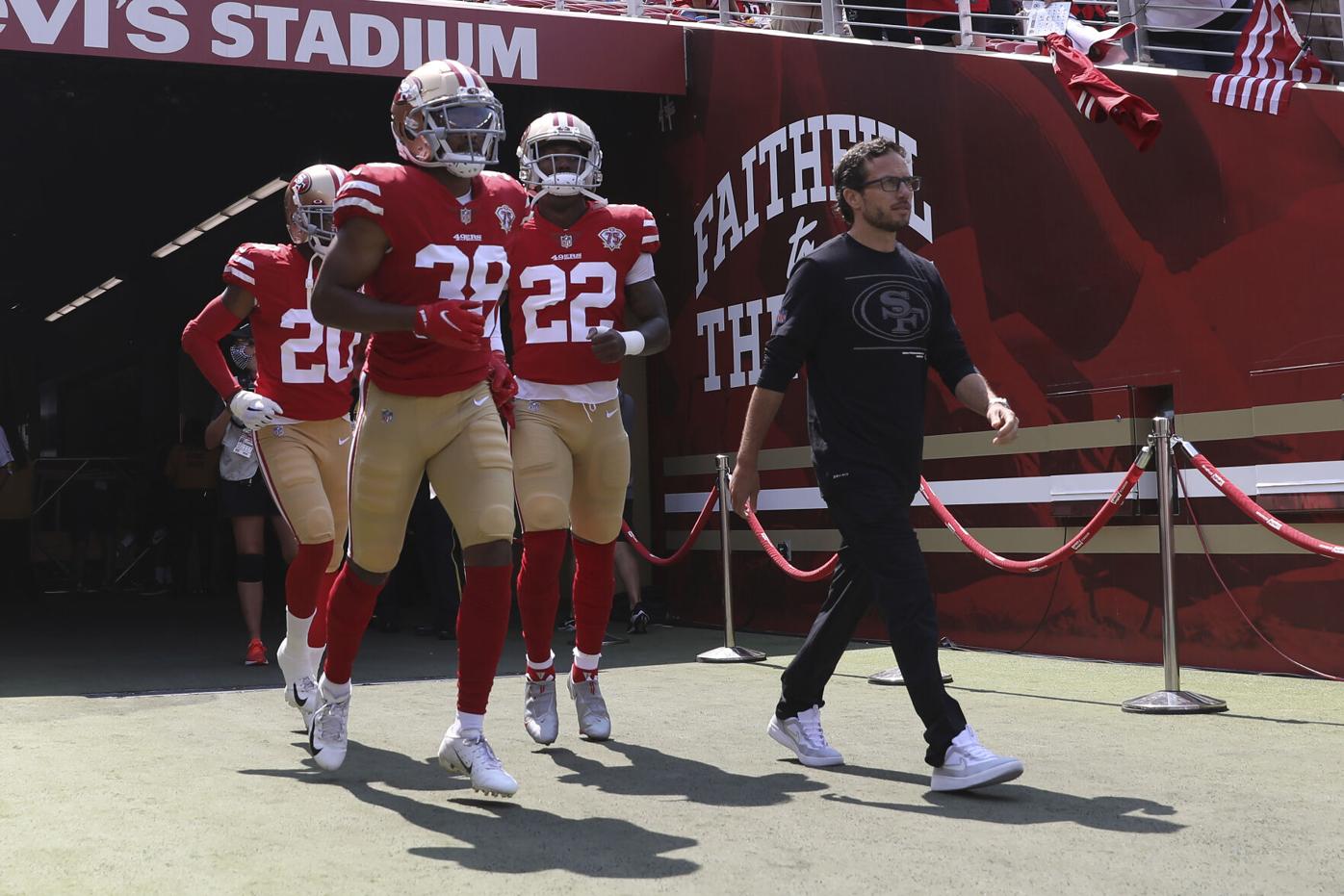 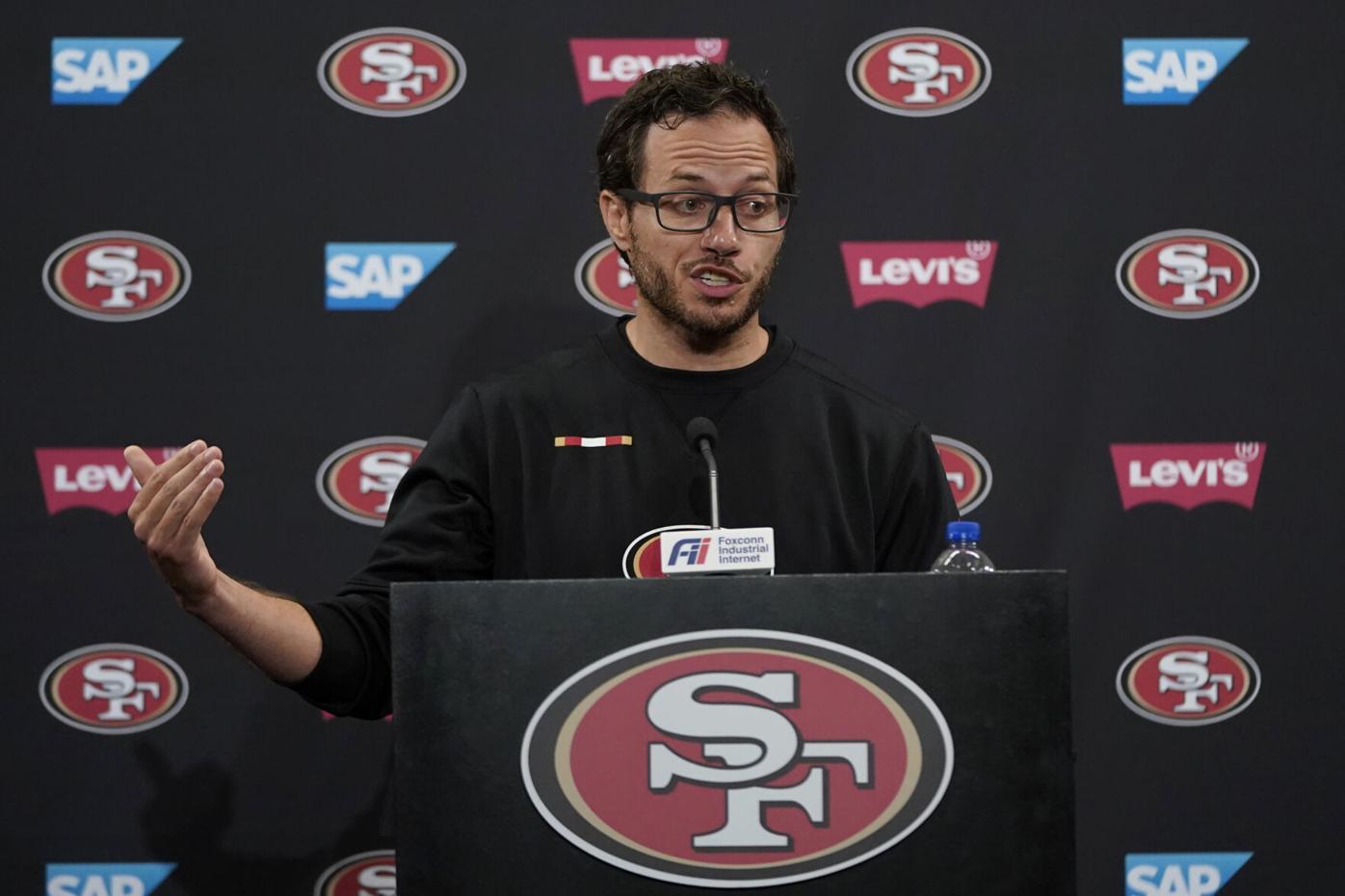 Paradoxically, an ostensible candidate for Broncos head coach in 2022 would be Josh McDaniels.

Except, the Patriots’ offensive coordinator already had the job and failed here. The Broncos obviously are not going there.

An NFL offensive coordinator with a similar name and a history in Denver and with the Broncos should be considered.

If (when) Vic Fangio is fired by the new ownership and/or Joe Ellis, John Elway and George Paton, the Broncos will be searching for a fifth head coach in nine seasons. (The Broncos had five different coaches from 1960-1967.)

Joe Brady (fired by Panthers), Jason Garrett (fired by Giants), Pat Shurmur (Broncos) and Klint Kubiak (Vikings) are among those who won’t be on the list.

Although most Broncos’ backers don’t know McDaniel, he is a head coach-in-waiting as the 49ers first-year coordinator.

McDaniel has coached in two of the last five Super Bowls. He has coached under Mike Shanahan, Gary Kubiak and Kyle Shanahan for a dozen seasons. He has served as offensive assistant, wide receivers coach, run game coordinator and, now, offensive coordinator. He also coached for years alongside Matt LaFleur and Sean McVay.

Mike McDaniel, who is 38 and biracial, will become the next Mike Shanahan disciple to be hired by an NFL franchise as its lead man.

Unlike McDaniels, McDaniel should come back to Colorado, where he was born and attended as a kid every Broncos’ training camp practice.

A 5-foot-9, 175-pound backup wide receiver for Yale, McDaniel earned his degree in history and sports psychology and decided, after interning in business and football, to become a coach rather than work on Wall Street.

Mike has a unique story.

His divorced mother couldn’t afford home care for Mike during summers in Greeley, so, when he was 8, Mike rode his bike daily to Northern Colorado, and the Broncos became his babysitters. He watched practices and asked players to sign his football cards. He met Mike McCune, a Broncos’ videographer, and brought his mom to meet his new friend. Donna McDaniel would move her son to Aurora and eventually married McCune. Mike became a Broncos’ ballboy and one of the best students and football players at Smoky Hill High School. He chose to go to Yale on an academic scholarship.

In 2005 Mike Shanahan selected Mike as an intern, and the 22-year-old got his first experience of NFL success when the Broncos played in the AFC Championship (losing to the Steelers). The next year Gary Kubiak, the Broncos’ offensive coordinator, was named Texans head coach and added Kyle Shanahan and McDaniel as offensive assistants on his staff.

Shanahan and McDaniel, who shared an apartment, have been close friends and coaching associates at Washington, Cleveland, Atlanta and San Francisco.

When the elder Shanahan took over as head coach in D.C., in 2010, the younger Shanahan, McDaniel, McVay and LaFleur formed a formidable foursome Kiddie Corps and coached and hung out together. All but McVay were fired on Dec. 30., 2013.

Kyle and Mike went to the Browns for a year, then moved to the offensive staff for the Falcons, who advanced to Super Bowl LI and led the Patriots before collapsing in the fourth quarter.

Afterward, in January of 2017, Kyle was passed over for Vance Joseph in Denver. McDaniel would have joined him. Kyle became the 49ers’ head coach and placed Mike in charge of the running game. Matt LaFleur’s brother Mike was passing game coordinator.

The Browns interviewed both McDaniel and LaFleur for their vacant head coaching position in 2019, but they lost out to Freddie Kitchens, who wanted to hire either as coordinator. Shanahan wouldn’t allow it. Shanahan and McDaniel returned to the Super Bowl in February, 2020, when the 49ers lost to the Chiefs.

After LaFleur accepted the Jets’ offer to be offensive coordinator this year, McDaniel was Shanahan’s natural choice for coordinator.

The 49ers are, as the Broncos, 6-6 and third in the NFC West. The offense isn’t overwhelming at 12th overall – seventh in rushing and 14th in passing – but McDaniel’s reputation is on the rise.

The cast of coordinators the Broncos can scrutinize is impressive. Colorado’s own McDaniel deserves an interview.

ENGLEWOOD — Broncos running back Melvin Gordon was his honest self Thursday.