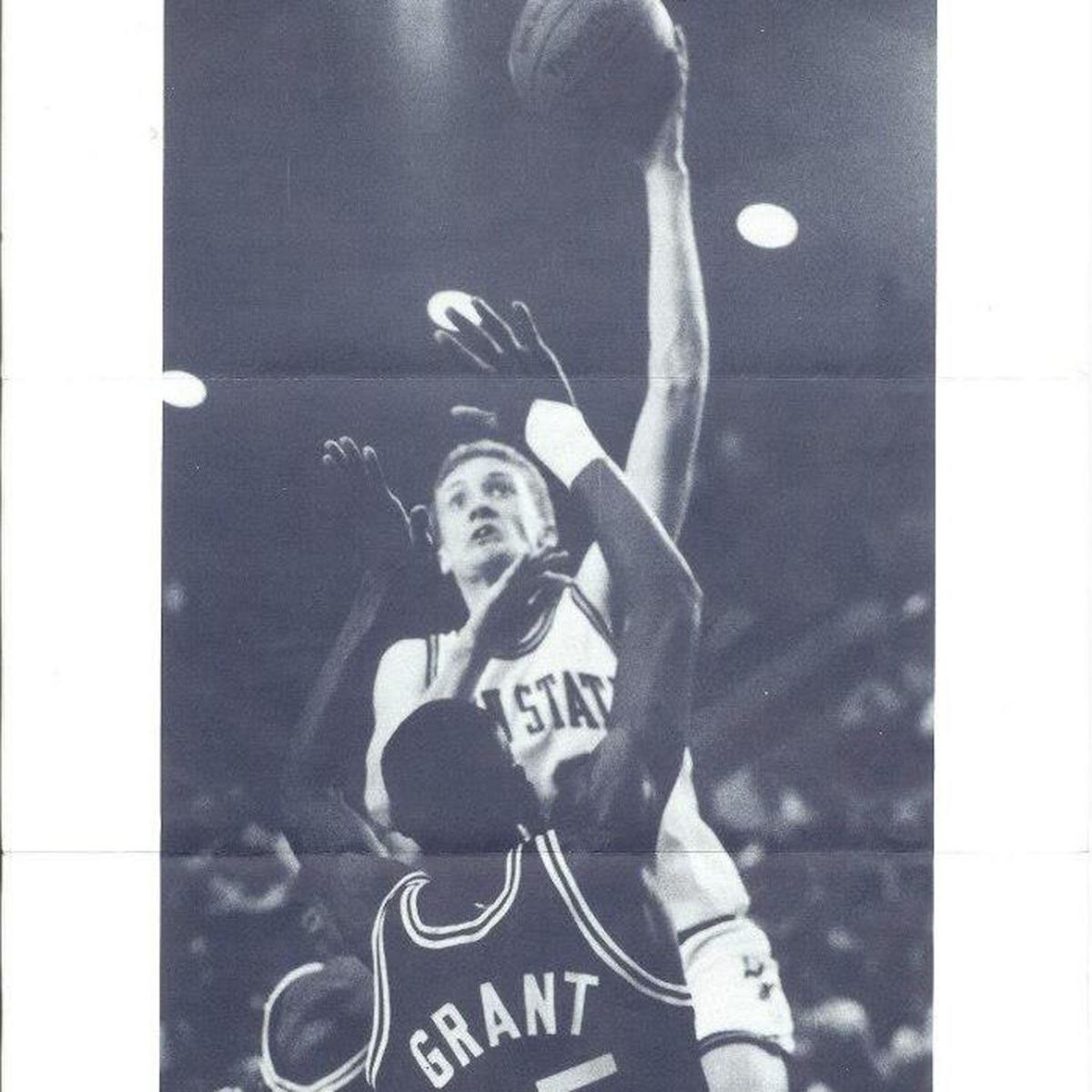 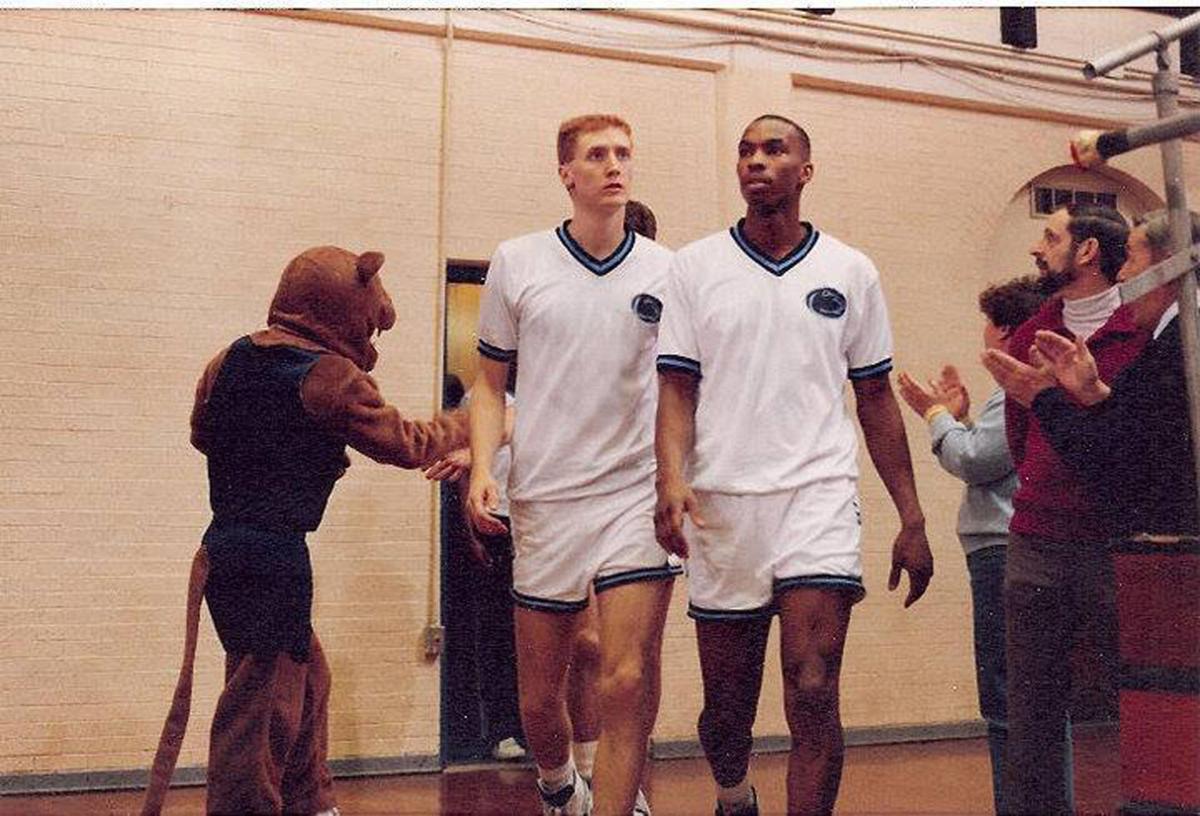 When Tom Hovasse was 22, he experienced his first basketball heartbreak.

The recent college graduate was inches from his NBA dream, only to be one of the last players cut by the Houston Rockets. Until that moment, his basketball career had gone almost exactly according to plan.

When he was five, Hovasse picked up a basketball for the first time, and by high school he was telling teachers that he would be an NBA player someday. He won a state championship at Widefeild High School in 1985, and went on to have a decorated career at Penn State, amassing over 14,000 points and averaging 17.8 as a senior.

When he was cut, Hovasse felt dejected and a little lost.

"That was the first time I had ever been cut and it was a big blow," he said.

Hovasse's agent told him he could have a basketball career overseas, but the young forward hadn't been out of the country before. He took some time off to think, and after deciding he couldn't step away from the game, Hovasse signed to play in Portugal.

That was step one in a long journey.

If you asked 5-year-old Tom Hovasse if he would be in the Olympics someday, the tyke might have answered yes. If you asked 5-year-old Tom, high school Tom, college Tom or even overseas-professional Tom if he would someday be involved with women's basketball, he likely would have looked at you with a confused expression or answered with a confident, "No."

Yet here he is, just days away from Rio, where he will serve as an assistant coach for the Japanese women's national team.

"I never would have seen this coming, he said, laughing. "But that's life, and I'm enjoying it."

Hovasse considers Japan to be his second home. After his yearlong stint in Portugal, he signed a contract in Japan, and played there for four years before making another attempt at the NBA. Hovasse made the Atlanta Hawks Roster, and played two games before being waived. He potentially could have found another NBA team, but at 28, Hovasse had more back in Japan than he did in the U.S.

He made good money playing for the Toyota Pacers, and over time had come to love the Japanese culture. Plus, he was ready to get married and his girlfriend had stayed behind when he came back to the United States.

Hovasse put in six more years of professional basketball before retiring, returning to the U.S. and starting a new career with a small, start-up cell phone company. He worked his way up and eventually, Hovasse was running the business. He was successful, but unhappy.

Basketball had been the center of his world for so long that Hovasse didn't feel right without it. So when he got a random phone call asking him to return to Japan and coach a women's club team, Hovasse knew he had to take it.

The decision wasn't without challenges. Hovasse had a wife and two children comfortably settled into San Diego, and he had zero experience with women's basketball. But one factor outweighed all the others.

"Basketball is in my blood," he said. "There wasn't anything else to do but take it."

Then there was the language barrier. Hovasse speaks Japanese fluently, but it doesn't always come easily, and none of the players on his club team or the national team speak English. While coaching he has to carefully select each word, something that has turned into an asset.

"I have to think before I speak," he said. "I used to yell and scream, but now I'm a little bit more patient."

Hovasse says his players are the hardest working people he's ever come across. They practice for more than eight hours per day, broken into weights, individual workouts, team workouts and free shooting. Mondays are supposed to be the team's one day off, but most of the players use it to get more shots up.

The Japanese national team's chances of medaling are slim, but not impossible.

The team's resume includes impressive wins over No. 4 France, No. 5 Czech Republic, and an 85-50 blowout victory over China in the Asian Finals last year. That was on China's turf, and the win clinched Japan a spot in the 2016 Games.

The most difficult opponent in Japan's group is No. 2 Australia. The teams have met six times recently, with Australia victorious in five. Japan stole one game in Australia and played the team close in two others, proving to Hovasse that anything is possible.

"If we beat them, we have a chance at a medal," Hovasse said. "I like our chances against everyone. We want to win a medal, and I think it would be very difficult, but it wouldn't completely shock me."

Women's basketball has never been the main event in the Olympics, and Japanese women's basketball won't draw Americans to their television sets, but Hovasse will have all the support he needs. His wife Eiko is flying to Japan to visit her mother and watch the games where they are sure to be televised. And his old coach at Widefield, Ray Sanchez, will be monitoring the Olympic coverage in hopes that a familiar face shows up on his TV screen.

"Everyone out here at Widefield is so proud of Tommy," Sanchez said. "He has accomplished so much."

Meanwhile, in Rio, Hovasse will be taking it all in.

"I'm looking forward to the opening ceremony, the atmosphere, being in the athletes' village, and showing the world that we play really good basketball in Japan," he said. "This doesn't happen to a lot of people."

Rio was never on the agenda, but Hovasse has spent his life going wherever an orange ball would take him. It's been a crazy journey, but it's been the right one.