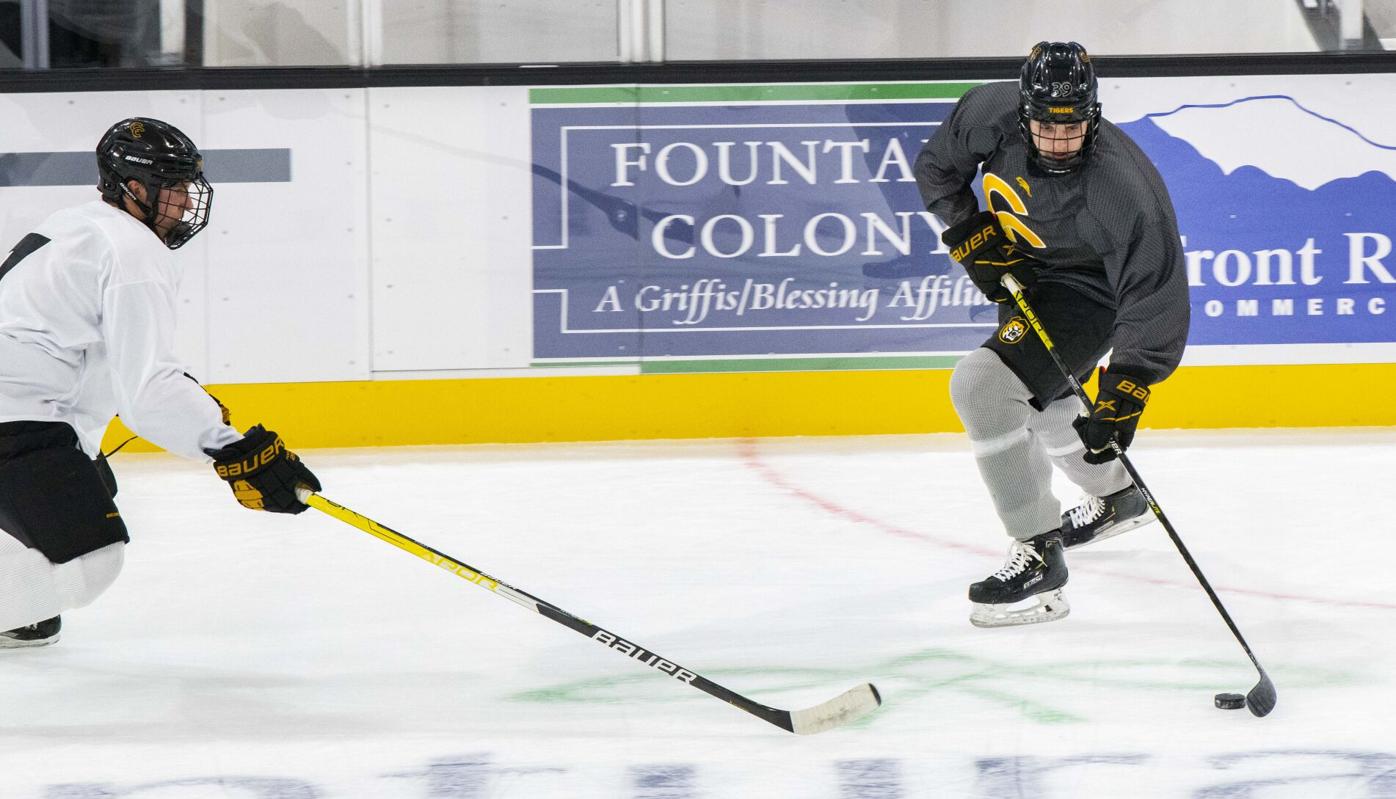 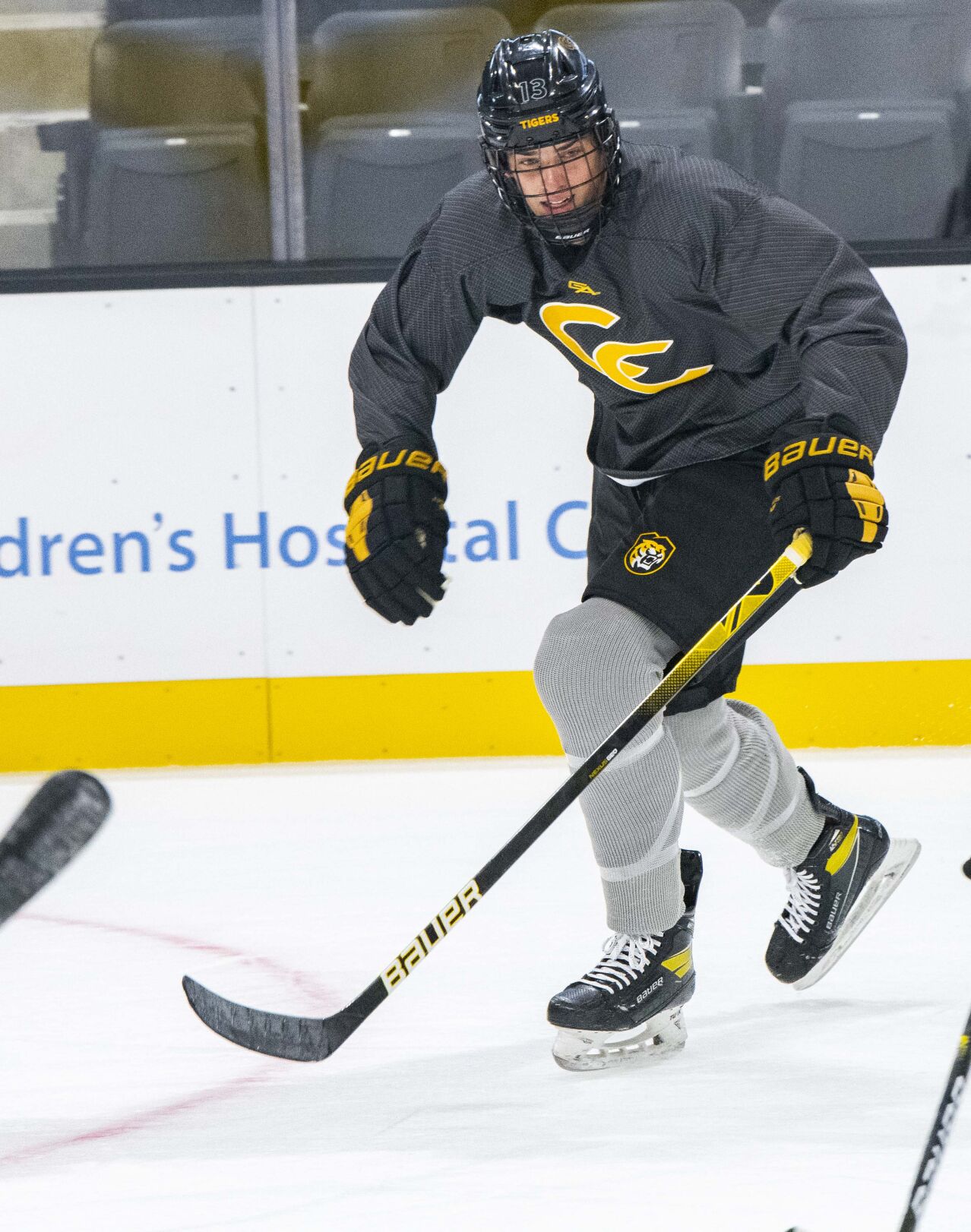 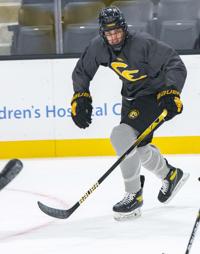 There should be Stanley Cup winners in the stands for Colorado College’s first few outings at Ed Robson Arena. The focus, however, will be on the next generation.

“They pick things up quickly,” Tigers coach Kris Mayotte said. “They have the ability that when hockey breaks out, they can play it. When it’s not written on a piece of paper or drawn on a board, they have a natural feel for it.

“You can tell they spent a lot of time in hockey rinks growing up.”

After two years of junior hockey, Chorske announced his commitment to CC in early February. He went on to amass 52 points (16 goals, 36 assists) in 50 games with the St. Cloud Norsemen (NAHL).

He was eager to take a look at Colorado College but the pandemic complicated a visit. He said he and his father wound up flying out on their own and several Minnesota-born Tigers showed him around informally. Fellow Edina native Ben Copeland, who would wind up transferring, sold the school particularly well.

“Got to see everything I needed to see, and obviously I loved it. Made a decision right after that,” Chorske said. “Everything about it just felt like the right spot.”

At 6-foot-6, 190 pounds, he sticks out as the tallest skater for Colorado College. Goaltender Dominic Basse is listed at the same height.

“He can take one stride and covers a lot of ground,” Mayotte said, noting Chorske’s stickwork has been good, and he’s scored a few goals in tight.

“It's just going to be getting stronger and bigger so he can really take advantage of the height.”

There’s no shortage of people Chorske can reach out to. His father Tom is a call away and was planning on attending CC’s exhibition game Oct. 2 against Air Force. Tom Chorske played at the University of Minnesota before enjoying an 11-year NHL career. He won the Cup with the New Jersey Devils in 1995.

As far as current college perspectives, Brett’s sister, Hannah, is a first-year forward at Harvard. The siblings are comparing notes and set to see each other when the Tigers visit Boston College and Northeastern on Oct. 22-23.

“We're pretty close,” Chorske said. “Its’s good to have someone like that going through the same thing you are.”

The trip to Boston will be something of a homecoming for six-foot, 174-pound Weight, who transferred from Boston College after putting up a goal and an assist through 19 games as a freshman. He previously played for the Penticton Vees (BCHL) and U.S. National Team Development Program.

He was used in a checking-line role at Boston College, but Mayotte noted his scoring history.

“You look at the power play and things like that, he’s just a natural fit for those situations,” the coach said.

That would be fine with Weight, whose father was a power-play guy in his 19-year NHL career.

“Kind of just doing video with him over the years, all the different looks you have from each different spot, it’s a really cool and unique part of the game,” Weight said. “It’s definitely one of my favorite parts.”

Doug Weight won the Cup with the Carolina Hurricanes in 2006. The family is looking to attend CC’s regular-season opener against St. Lawrence on Oct. 8, where Danny will wear his dad’s number.

Both newcomers are acclimating to the long days and, in Chorske’s case, elevated competition.

“Now that we’ve moved into Robson, everything seems to be going smoothly,” Chorske said. “Can’t wait to keep going.”

DENVER - The roster is set for the first day of Colorado Avalanche training camp Thursday at their practice facility.