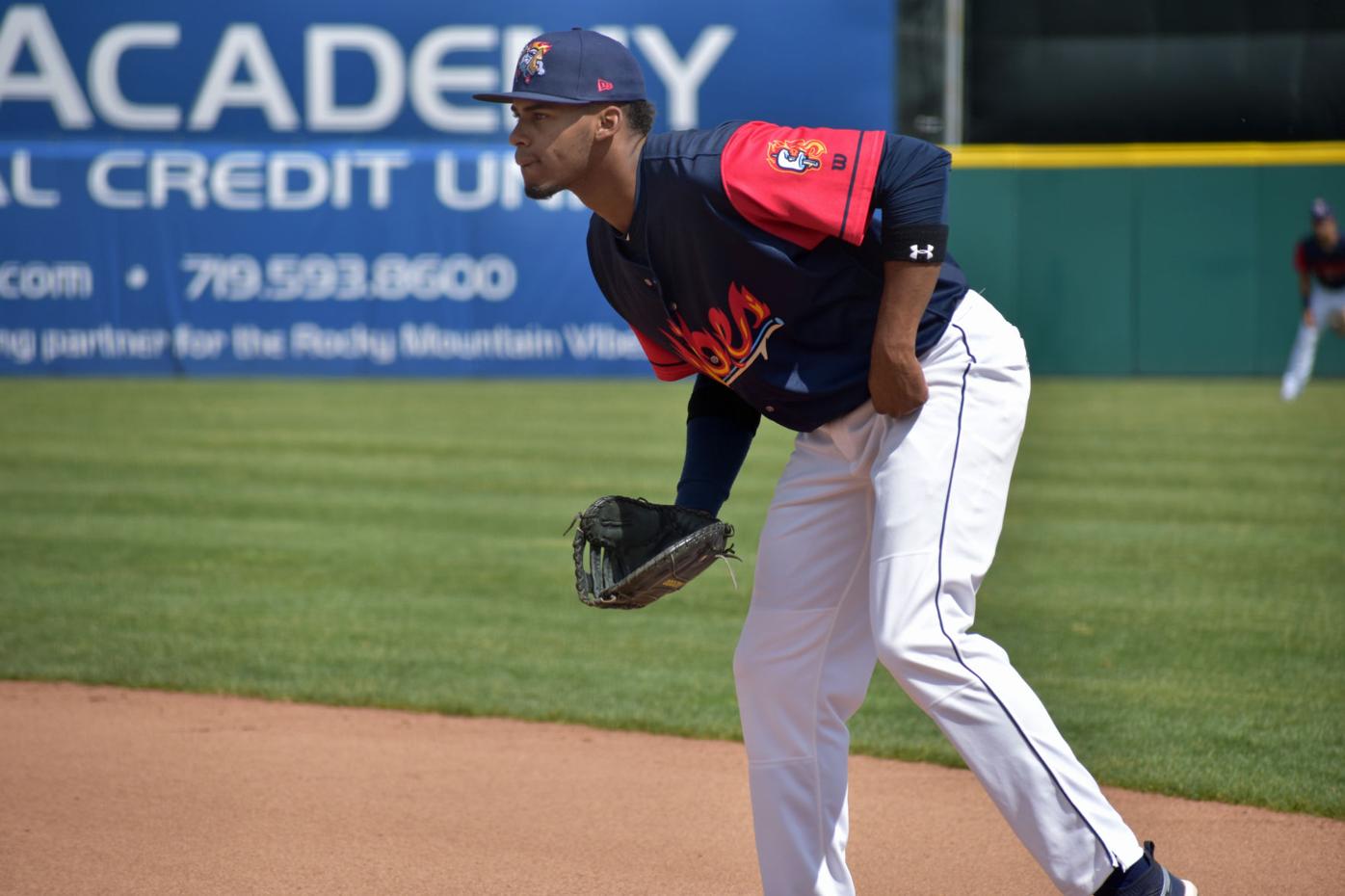 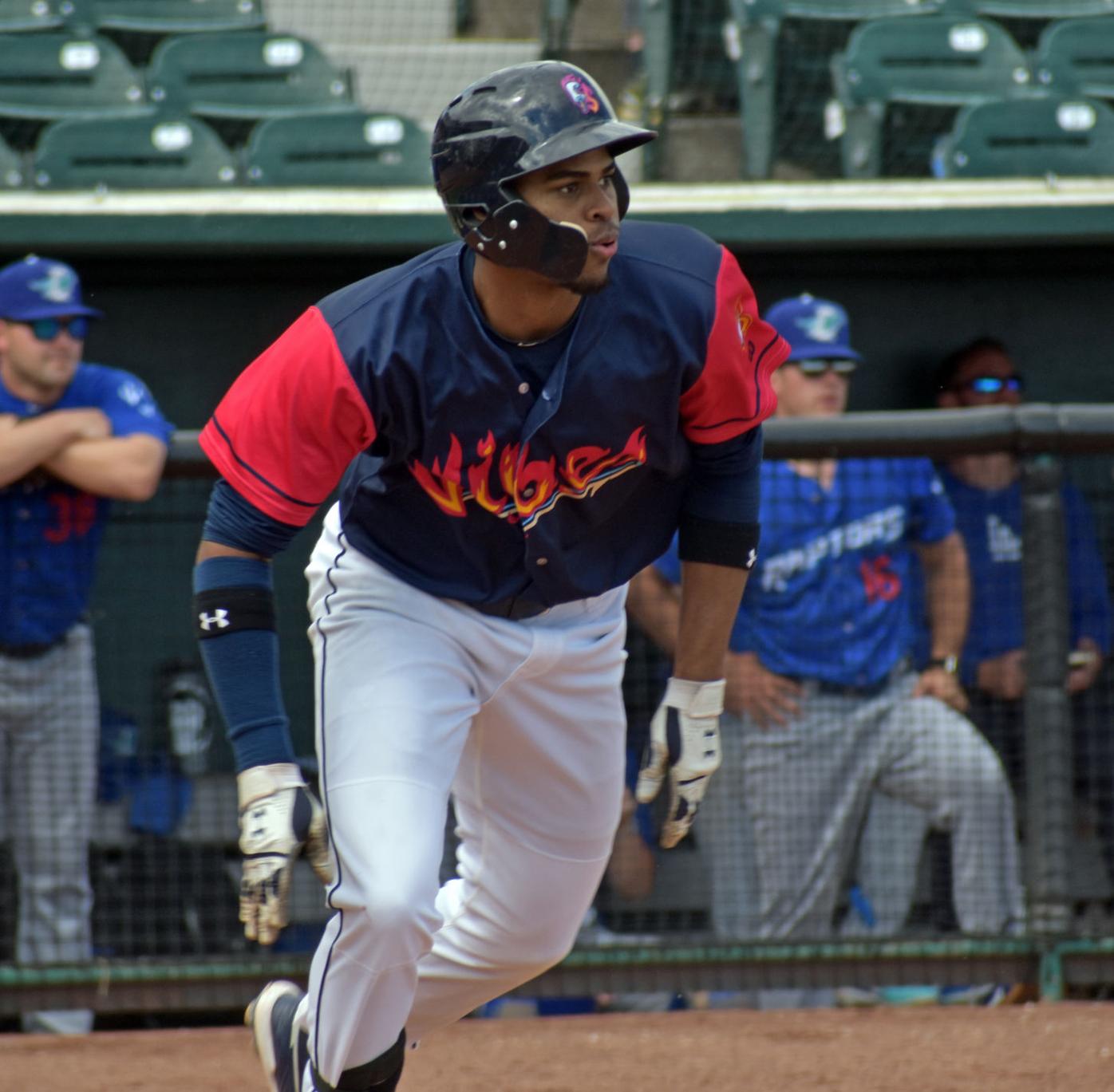 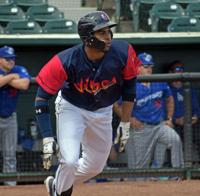 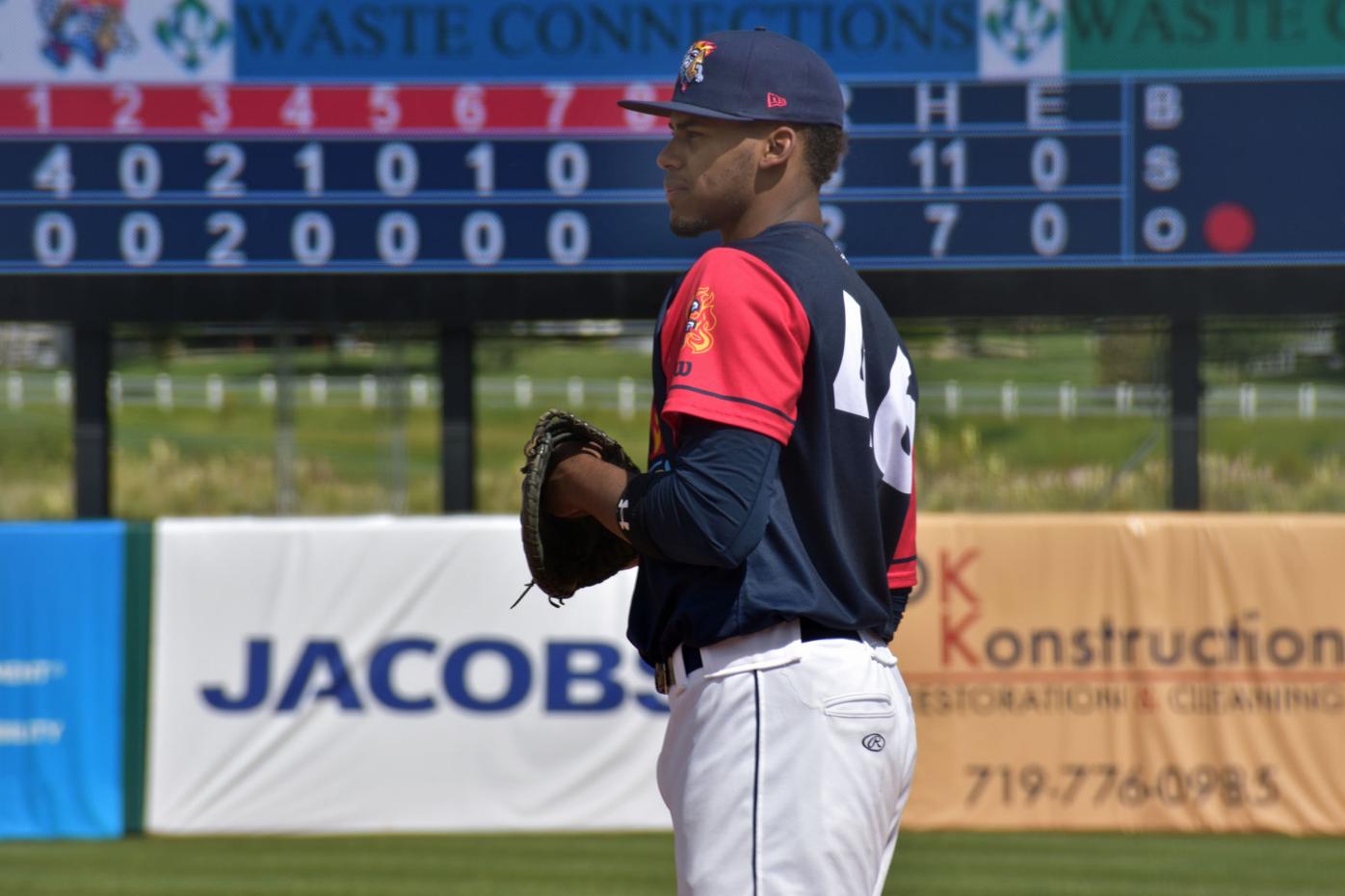 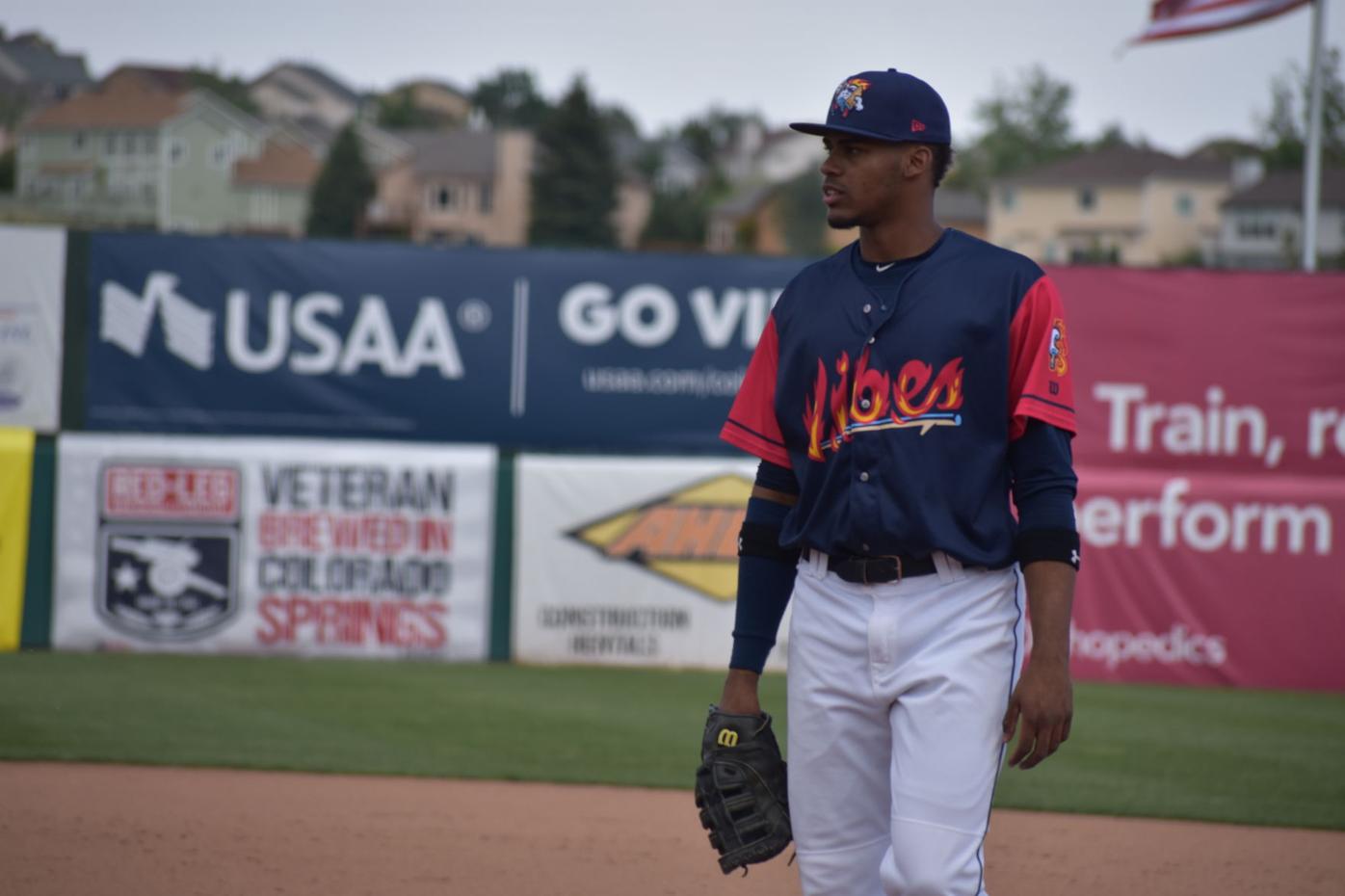 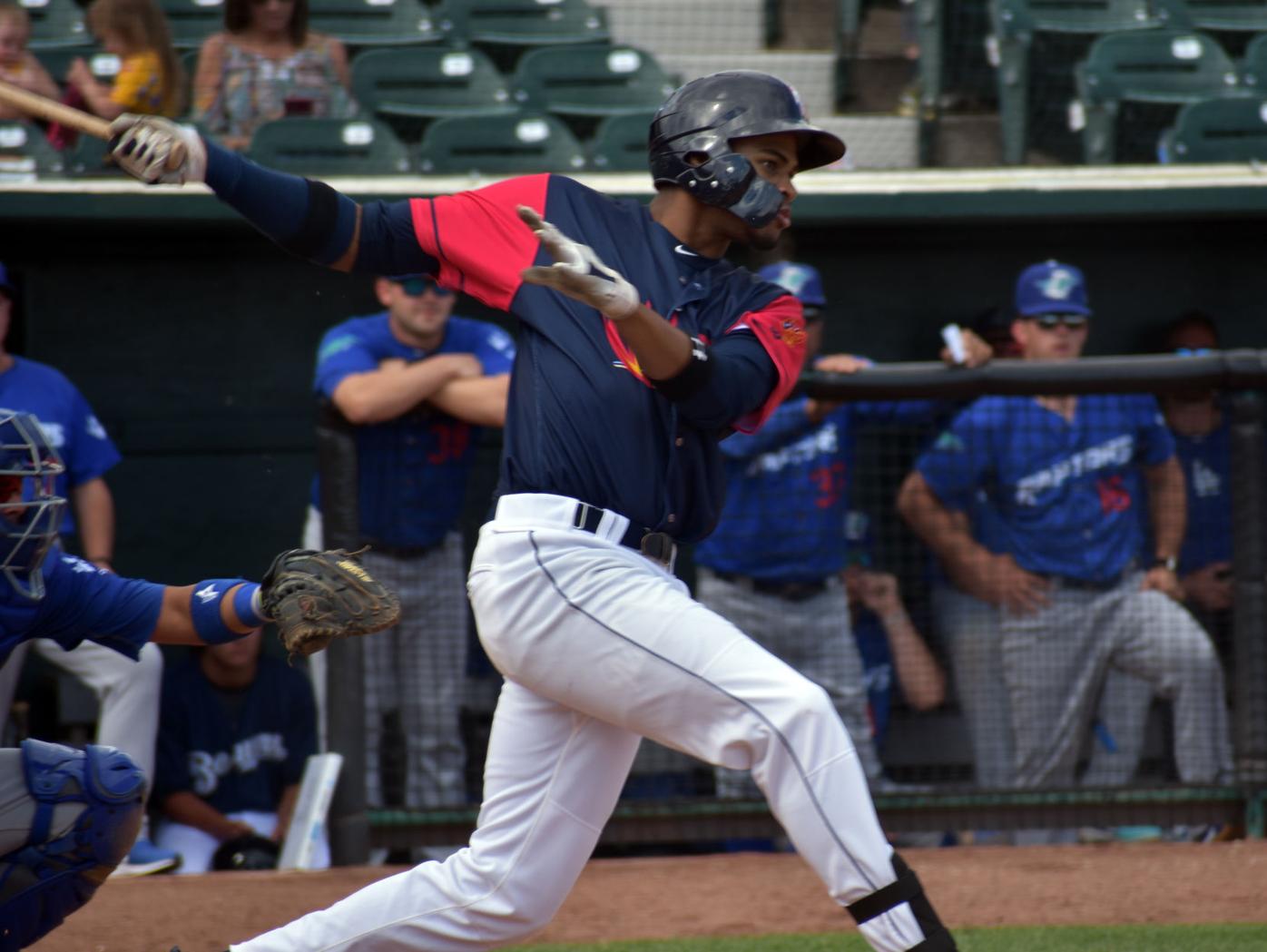 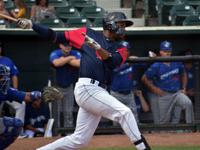 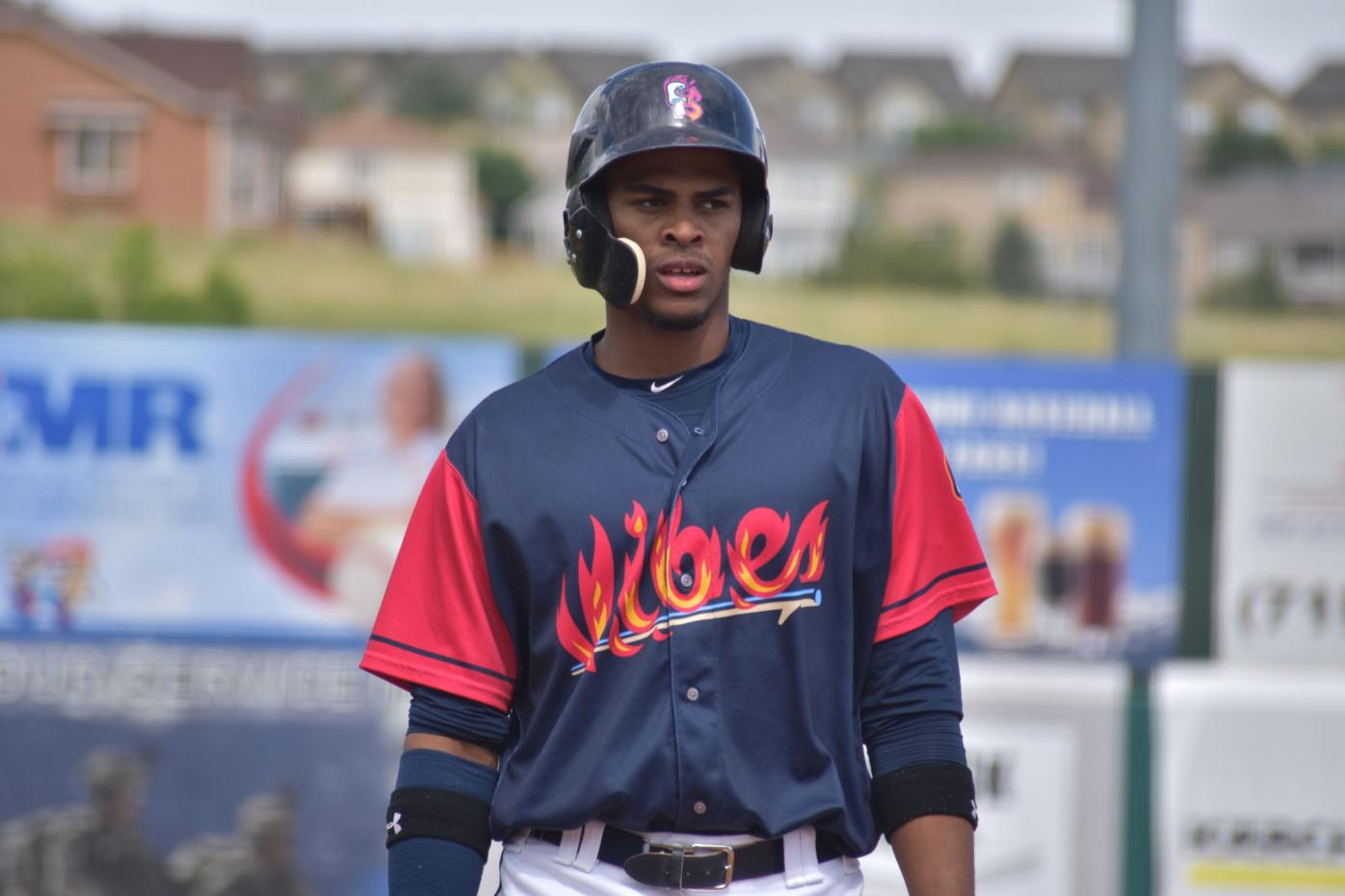 Growing up in Cuba, it was never like that. Someone like Martinez – with a personality as large as his 6-foot-6, 230 pound frame – could step outside and instantly find himself mingling in an impromptu get-together.

“There’s no people in the streets!” observed the Rocky Mountain Vibes first baseman with abject bewilderment.

But Martinez is adjusting. He always does. He’s had no other choice over the past six years as he’s moved from Cuba to France to the Dominican Republic to the United States.

This is a man, just weeks removed from his teens, who speaks four languages – English, Spanish, French and Haitian Creole.

As a ballplayer, he has won world titles with Cuban youth teams and became the youngest position player (16) to appear in a World Baseball Classic qualifier while teammates with his father in France.

Then he picked up pitching and became a prospect when he touched 93 mph. He moved to Arizona and lived with former NL Cy Young Award winner Eric Gagne, who was his pitching coach. It was in those three months that he picked up English.

But he returned to his hitting roots, and now there’s no telling how much he might grow into that role.

When his Vibes manager Nestor Corredor considers Martinez’s potential, he doesn’t know if he should peg him as a big, hulking power-hitting type like David Segui or Fernando Seguignol or someone entirely different because of his nimble feet and the type of athleticism that allows him to drop that large body into the splits – the product of childhood gymnastics classes.

“It’s kind of hard to predict what kind of player he can be,” Corredor said. “He can be something good if he develops. As of right now, he’s going (in) a good direction.”

Martinez envisions himself in the mold of Eric Hosmer.

“Make contact, play good defense, good power but a line-drive hitter,” he said. “I can make an adjustment to hit more homers, but right now I just want to hit the ball in the gap and run.”

There it is again – adjustment.

The Vibes have veered against type and installed Martinez as their leadoff hitter because he’s shown an advanced feel for the strike zone. He currently has a .349 on-base percentage. That’s quite a leap from the .302 OBP he posted in his first two seasons in the United States across 57 games in the Arizona League.

Corredor believes this kind of across-the-board improvement can continue if Martinez adapts to the demands of life as a professional athlete. That starts with a strict adherence to a schedule. Corredor and Martinez said the way of life they knew as youths in Latin America didn’t instill those habits.

“There, we show up when we show up,” Corredor said. “But the time is very important. A minute in the (batting) cage and a minute in the field can be the difference in getting better as a player.”

Martinez knows he’ll have to learn patience even as he’s learning punctuality.

He’s never really had to wait in this sport. He quickly rose to star level in Cuba, hitting .465 as his team won the U-15 World Championship. He then went to France (his paternal grandmother is French) to join his father on the national team. Because his father was a French citizen, Martinez was allowed to travel to and from Cuba freely. He continues to live in Cuba in the offseason.

“Ernesto comes from a baseball family and understands the challenges ahead,” Brewers assistant GM Matt Arnold in a statement when the team signed the 17-year-old. “He is a very smart player and plans to work very hard to reach his goal of becoming a Major League player.”

This year he’s batting .274 with three home runs, 14 RBIs, six doubles and 11 walks in 95 at-bats for the Vibes. Those are above-average numbers, particularly for a player who turned 20 on June 20, but nothing to portend anything but a station-to-station climb in the minor leagues.

Corredor can see when Martinez grows impatient at the plate and says his swing path suffers when he “tries to do too much.”

So, that figures to be the biggest adjustment Martinez will have to make – on the field and in life. He knows baseball doesn’t lend itself to a thrill every at-bat, just as he can no longer expect a party every time he steps outside.

He knows all that, but it still doesn’t feel right. But, if history is any indication, he’ll adjust.

The Rocky Mountain Vibes opened with an 8-5 loss to the Grand Junction Rockies in a game that showed the brand of baseball in Colorado Springs can still be wild, fun and full of runs at the Rookie League as it was in Triple-A.