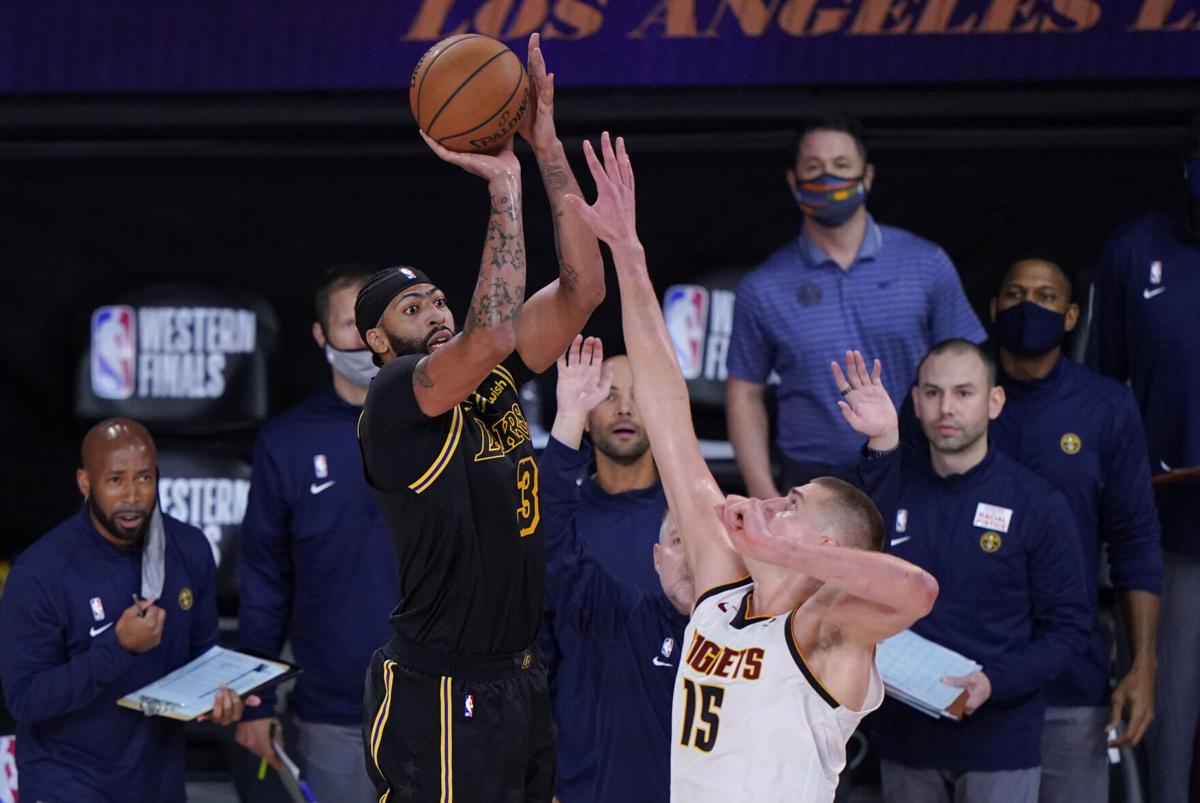 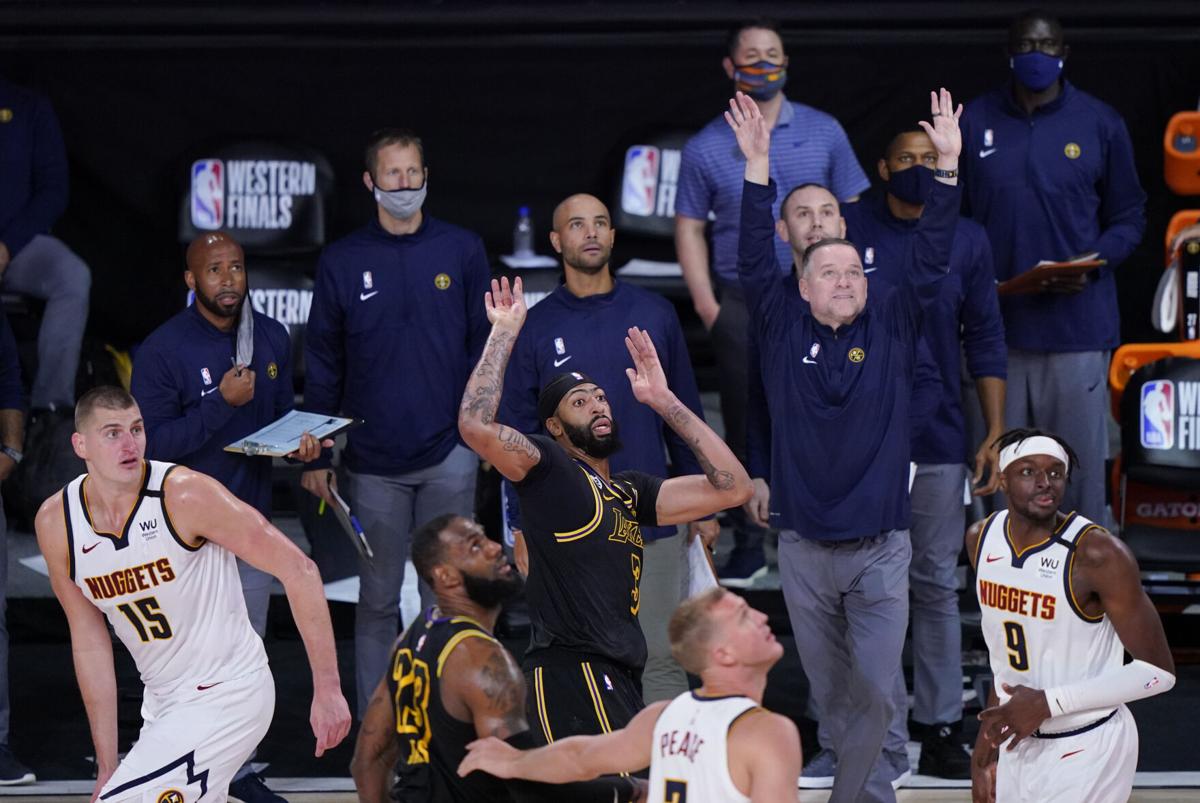 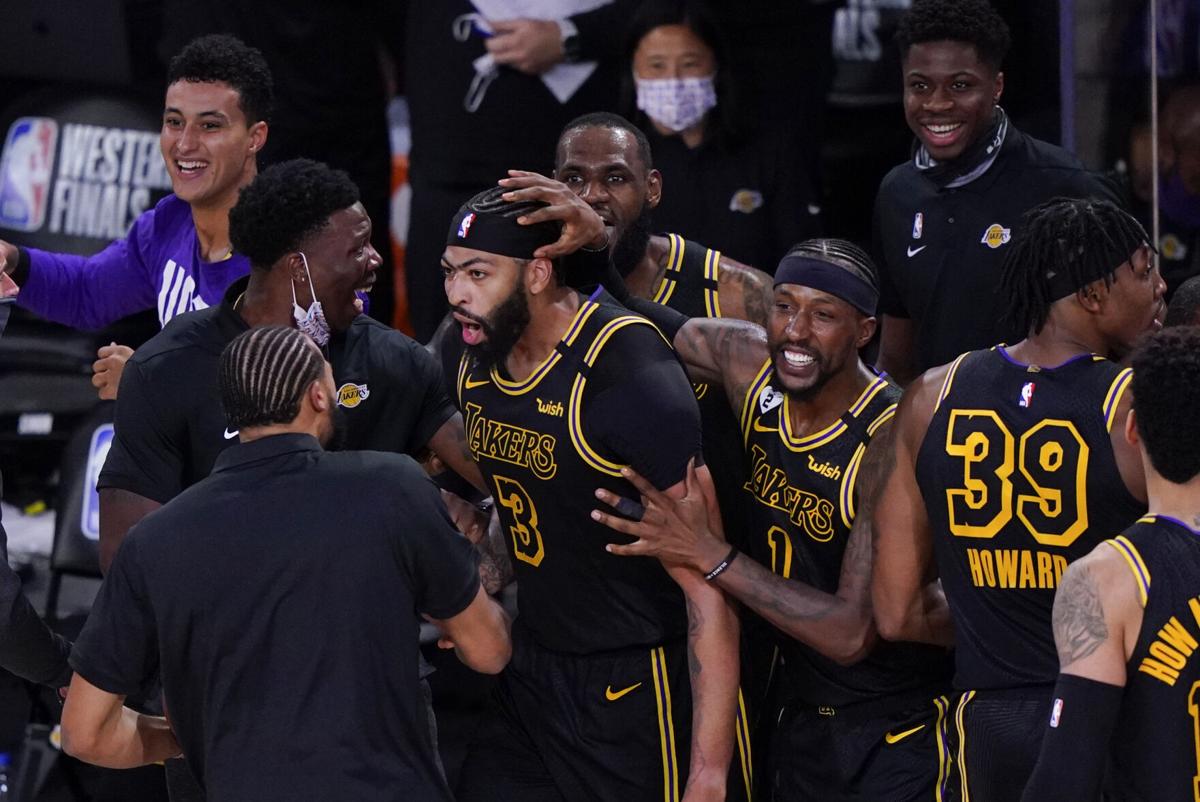 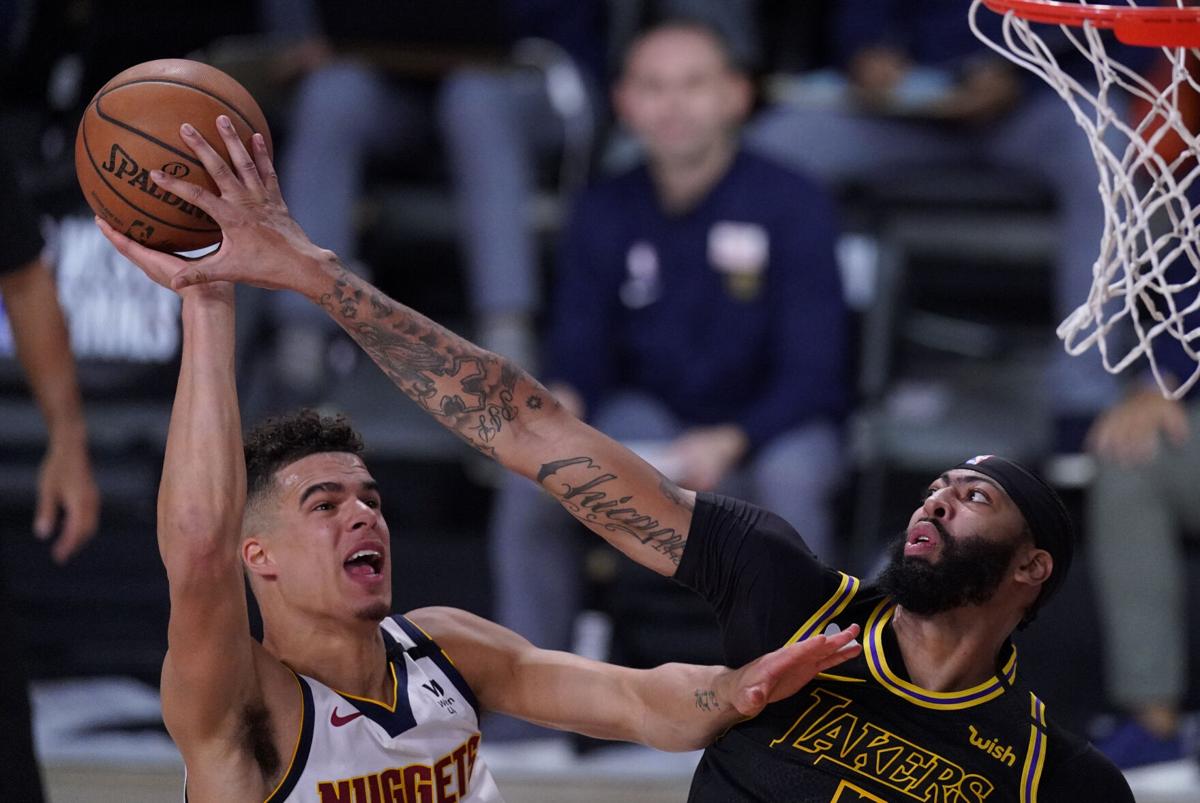 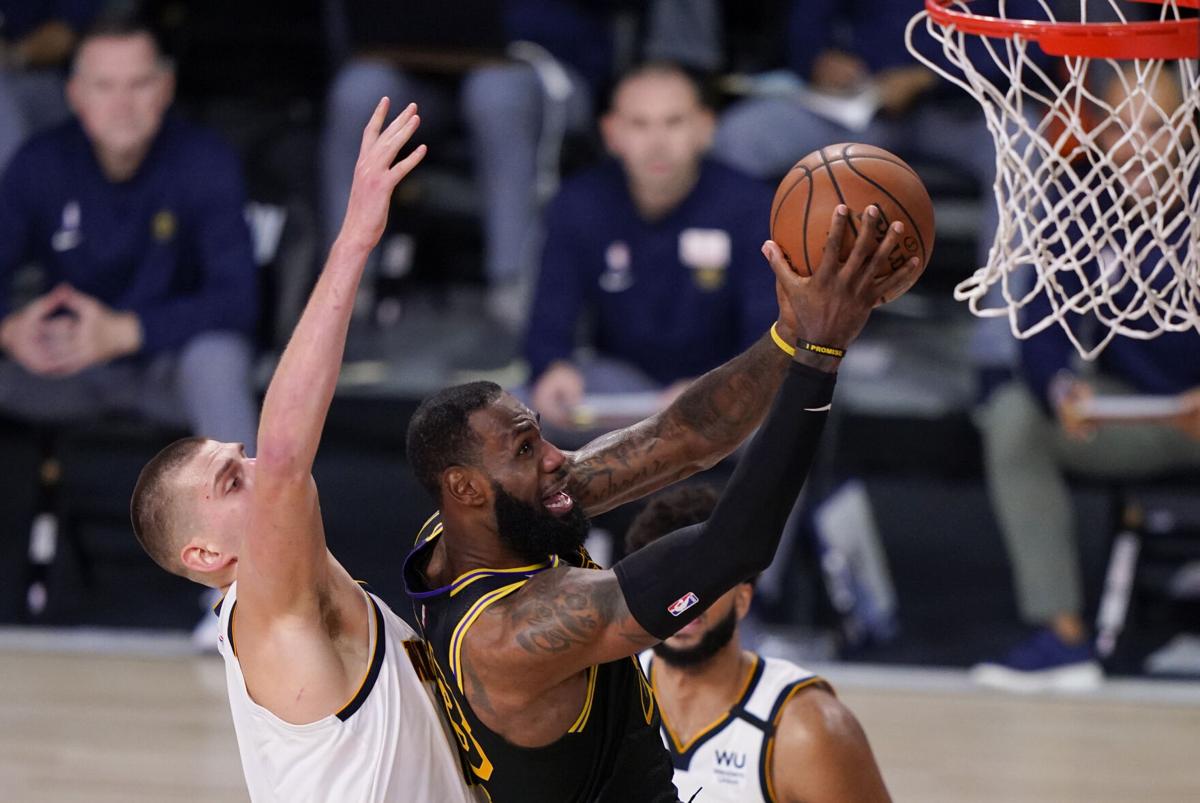 The Brow beat the Nuggets at the buzzer.

With the Nuggets up a point with 2.1 seconds left in Game 2 of the Western Conference Finals on Sunday in Lake Buena Vista, Fla., Anthony Davis got free on an inbounds play and released the game-winning 3-pointer right in front of Denver’s bench for a 105-103 victory that has the Lakers up 2-0 in the series.

“We’ll watch the film, see what happened on that last play,” Nuggets coach Michael Malone said afterward, claiming he was yet to see a replay of the decisive sequence.

The replay shows what appears to be a communication mixup between Mason Plumlee and Jerami Grant. Plumlee started the play guarding Davis and seemed to anticipate a screen by LeBron James, who was guarded by Grant. Neither Plumlee nor Grant followed Davis to the wing, and Nikola Jokic, who was guarding the inbounds passer, was closest to Davis on the release.

“It’s going to be him or LeBron, so we kind of knew it. A little bit of miscommunication (happened). I think I had a really good contest to be honest. I think I was right there,” Jokic said.

“Great players make great shots, and he did it.”

The final shot capped a fourth-quarter duel between Davis and Jokic. Davis scored the Lakers’ final 10 points and finished with a game-high 31 points after his clutch make.

“It’s for sure the biggest shot of my career,” Davis said.

Jokic scored the Nuggets' final 11 points, including the shot that put the Nuggets up 103-102 with 20.8 seconds remaining after trailing by 16 earlier in the game. Denver’s star center finished with 30 points, nine assists, six rebounds and four steals. Jamal Murray added 25 points, while Michael Porter Jr. added 15 off the Nuggets’ bench, making 6 of 9 shots from the field.

“I just got a couple of shots to go early, and I was trying to be aggressive when I was in there,” Porter said.

James scored the Lakers’ first 12 points and finished with 26. Danny Green and Kentavious Caldwell-Pope added 11 apiece, but it was all Davis and James down the stretch.

“It’s not easy to figure it out. They’re really talented,” Jokic said of James and Davis, who he called the best player in the world and the best scorer in the world, respectively. “We can just make them tougher, make them feel uncomfortable.”

In that sense, the Nuggets did a better job than in Game 1, a 12-point win for Los Angeles that was rife with easy buckets for the Lakers.

“Unfortunately Anthony Davis hits an incredible shot to kind of take that game away from us, but defensive transition was tremendous,” Malone said. “If we can continue that, we’ll continue to give ourselves a chance.”

With the Lakers halfway to a sweep that would put them back in the NBA Finals, Malone said there are no moral victories at this point in the season. Though this is the first time this postseason the Nuggets have trailed a series 2-0, Jokic said they’ve been in this position before after losing a winnable Game 3 to the Clippers and eventually falling behind 3-1.

“We lost the game, but I think we played well most of the game,” Jokic said. “We were down, we came back again. We’re going to keep our heads up. On to the next one.”

“They had to rely on a great shot by a great player to beat us at the buzzer, but as long as we’re putting ourselves in a position to win games, that’s all you can ask for,” Malone said.

“Even though we’re disappointed, we’re frustrated, we’re angry, we’ll use that motivation to come out and try to take Game 3.”

With the Lakers looking to complete a 20-point comeback and take a commanding 3-0 series lead in the Western Conference Finals on Tuesday in Lake Buena Vista, Fla., Denver's Jamal Murray hit consecutive 3-pointers in the final 2 minutes and 17 seconds and assisted a Paul Millsap dunk en route to a 114-106 victory.