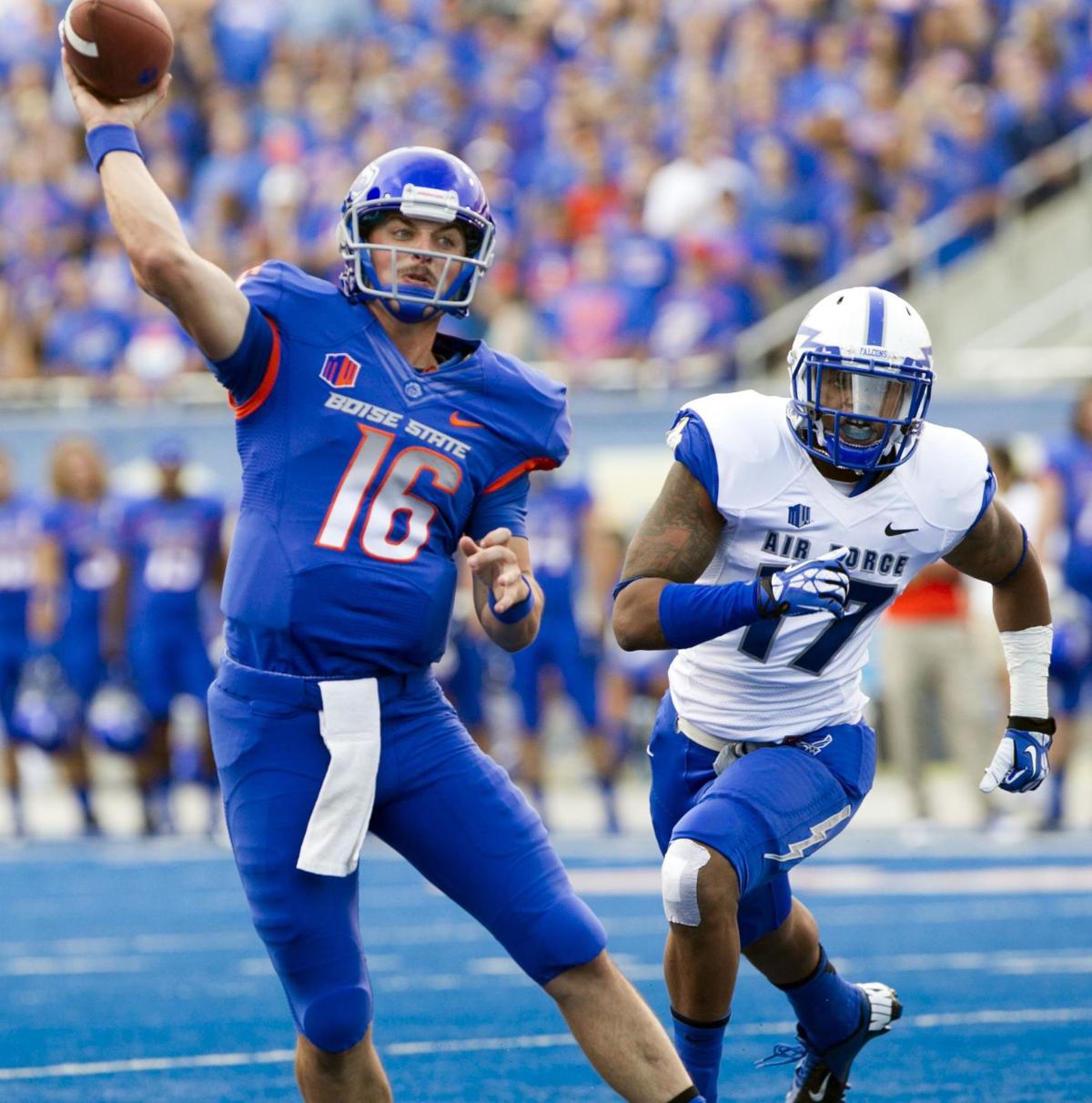 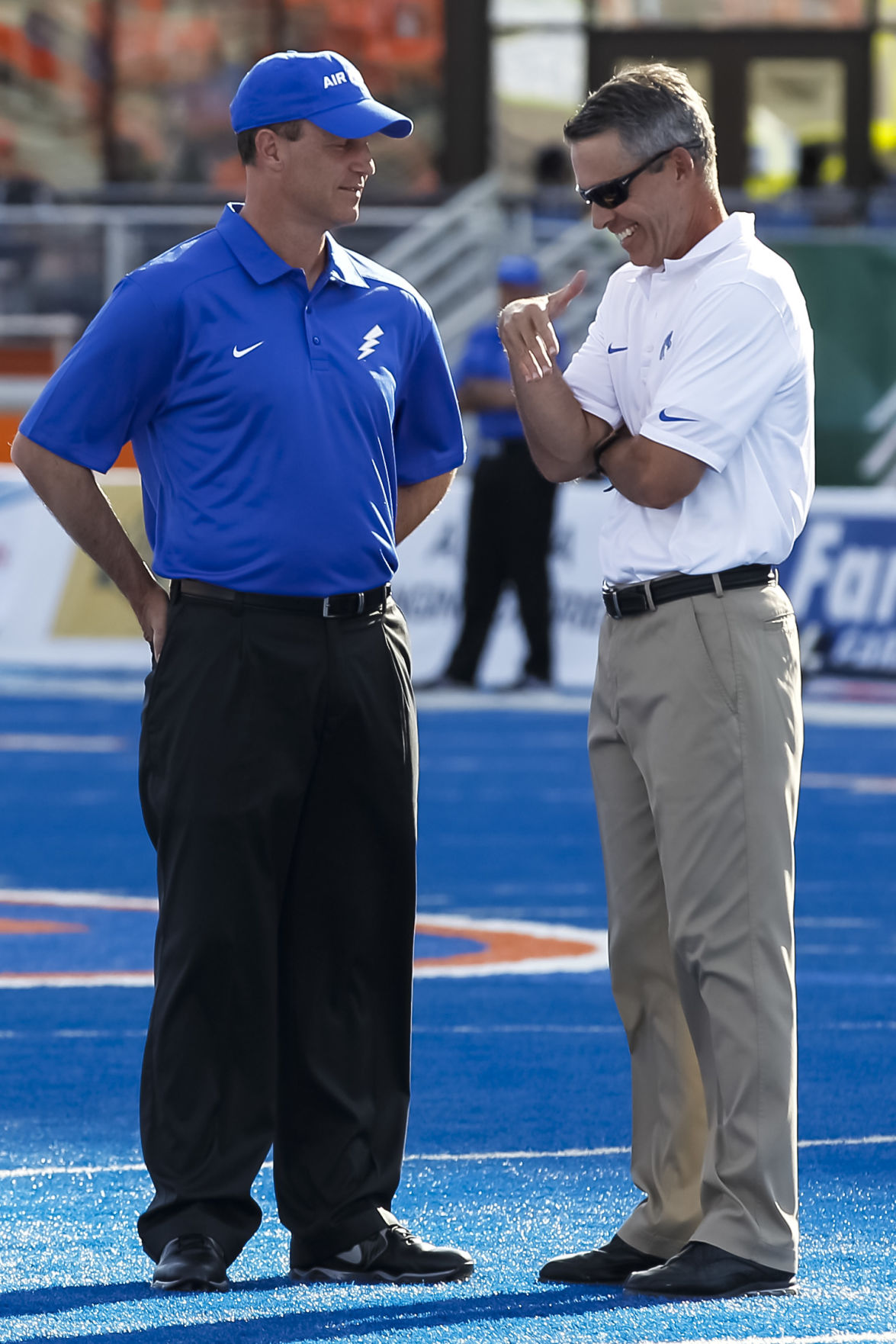 Boise State and Utah State have systematically handled Air Force in the past two weeks, outscoring the Falcons 94-40 and launching a combined two punts.

Why is that? At least part of the reasoning could be attributed to what Air Force coach Troy Calhoun pointed to as the major difference between the programs.

Boise State had 22 former redshirts among the 27 players appearing on its offensive depth chart. Utah State had similar numbers.

The Falcons do not have a redshirt program, but Calhoun believes they should. He believes it so much he spent about 10 minutes of his most recent midweek news conference talking about the subject.

"You can't do it only for the athletic component, that's not why you do it," Calhoun said. "You do it because in the long haul there's a greater growth when it comes to character and leadership experiences that makes you even sounder, more fit and even a better leader when you're on active duty."

Calhoun pointed to many areas in which a ninth semester would enhance a cadet's experience at the academy. It would offer another summer and the opportunity to be part of leadership programs around the globe or serve as cadre in basic training. Also, athletes would have the opportunity to lower their class load during the season - taking perhaps 15-to-18 credit hours instead of 18-to-21 - and have a more focused academic experience.

"Initially as a taxpayer you say, 'I don't know; I don't want to pay for another semester,'" Calhoun said. "But when you a little bit bigger picture and the longterm benefits, you realize, 'Gosh, it makes too much sense.'"

Calhoun was clear that his hope to add a redshirt program at Air Force was strictly his own wish and that no discussions with upper brass had taken place. He would want the potential ninth semester used on a case-by-case basis and not for every cadet. He said women's athletics would see perhaps the biggest benefit from the change.

"The things we deal with that other schools don't sometimes is that time management and squeezing everything in in an afternoon and how that fits with military and everything and playing a Division I and Mountain West schedule," Williams said.

Williams agreed with Calhoun that extra time at the academy would offer more opportunities. She said several of her players expressed disappointment in missing the chance to earn jump wings at the air field, but time constraints wouldn't allow for it.

"I would love more time with any kids I brought on campus, more years with them around the program," Williams said. "Who wouldn't? That's why we recruit them. You recruit good kids and you want to be around them, that's why you recruit them."

Football players weren't so sure they'd want another summer and semester at the academy.

"Once you get here, you kind of want to graduate as soon as possible," junior running back Jon Lee. "It would be easier, academic-wise, but just being able to graduate that much sooner has a plus too."

Added offensive lineman Jerry Henry: "I went to the prep school, so that was kind of like my redshirt year. I kind of got acclimated to the offense there."

Calhoun leaves the prep school out of his discussion, saying all freshmen, direct from high school or not, would be looked at equally.

Calhoun has seen the football benefits of utilizing redshirts, and not just at the hands of his most recent opponents. When he arrived at Wake Forest as an assistant in 2001 under Jim Grobe, the staff made it a goal to redshirt every incoming player for a two-year window.

In 2006, Wake Forest won the ACC and played in the Orange Bowl for the only time in school history.

"The continuum," Calhoun said. "Anytime you're able to redshirt players, you can have a continuum program. It makes a massive difference."