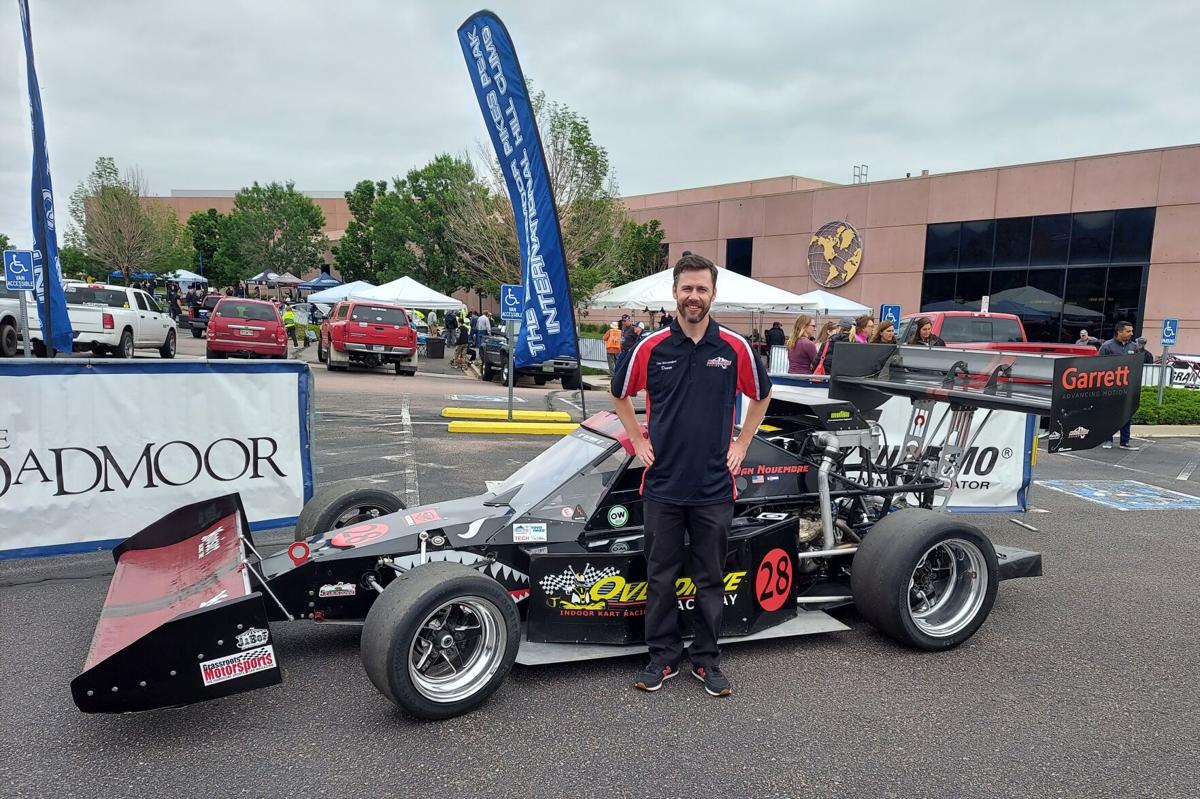 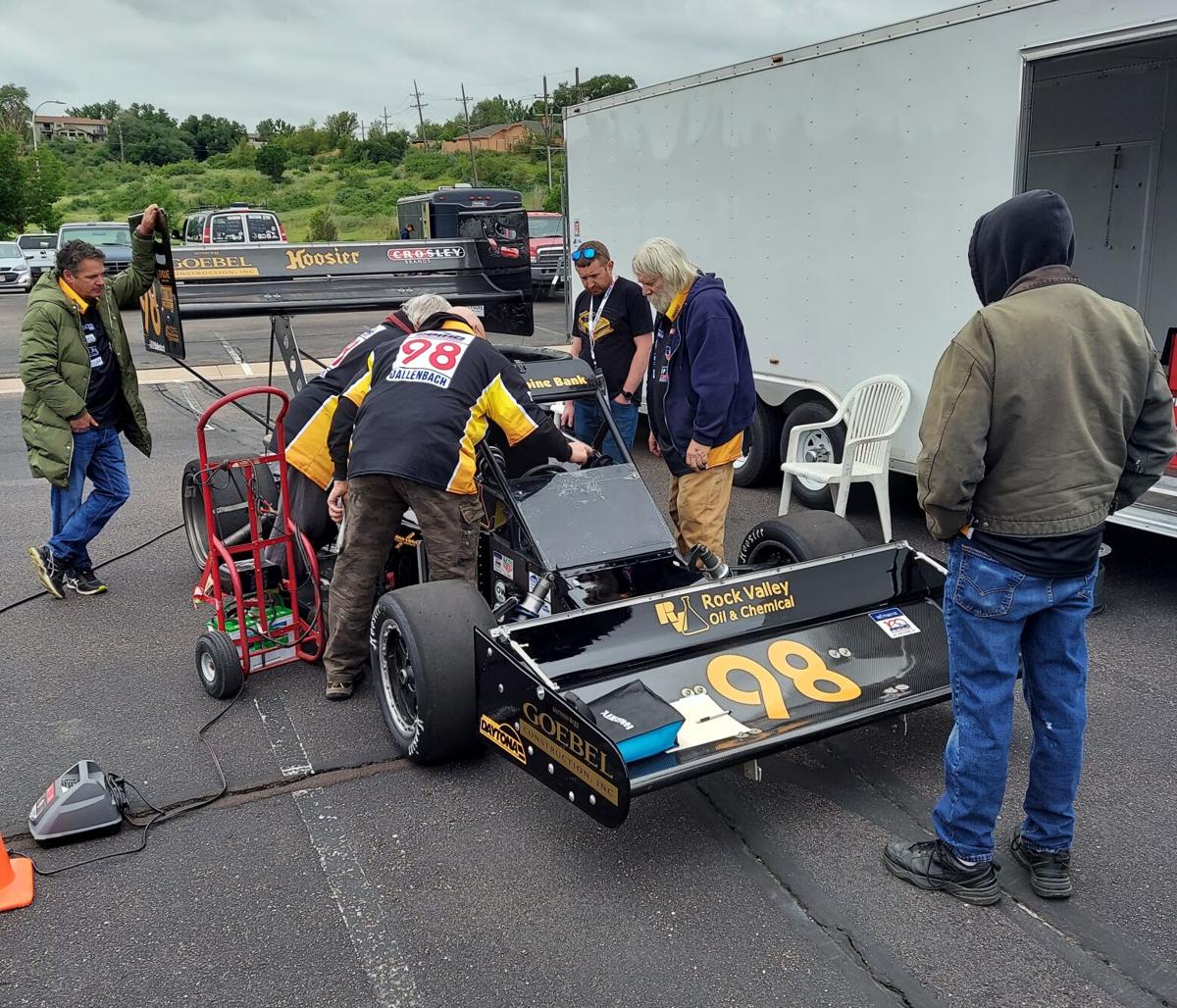 Paul Dallenbach, far left, looks on as his crew gets his car ready for technical inspection on Monday. 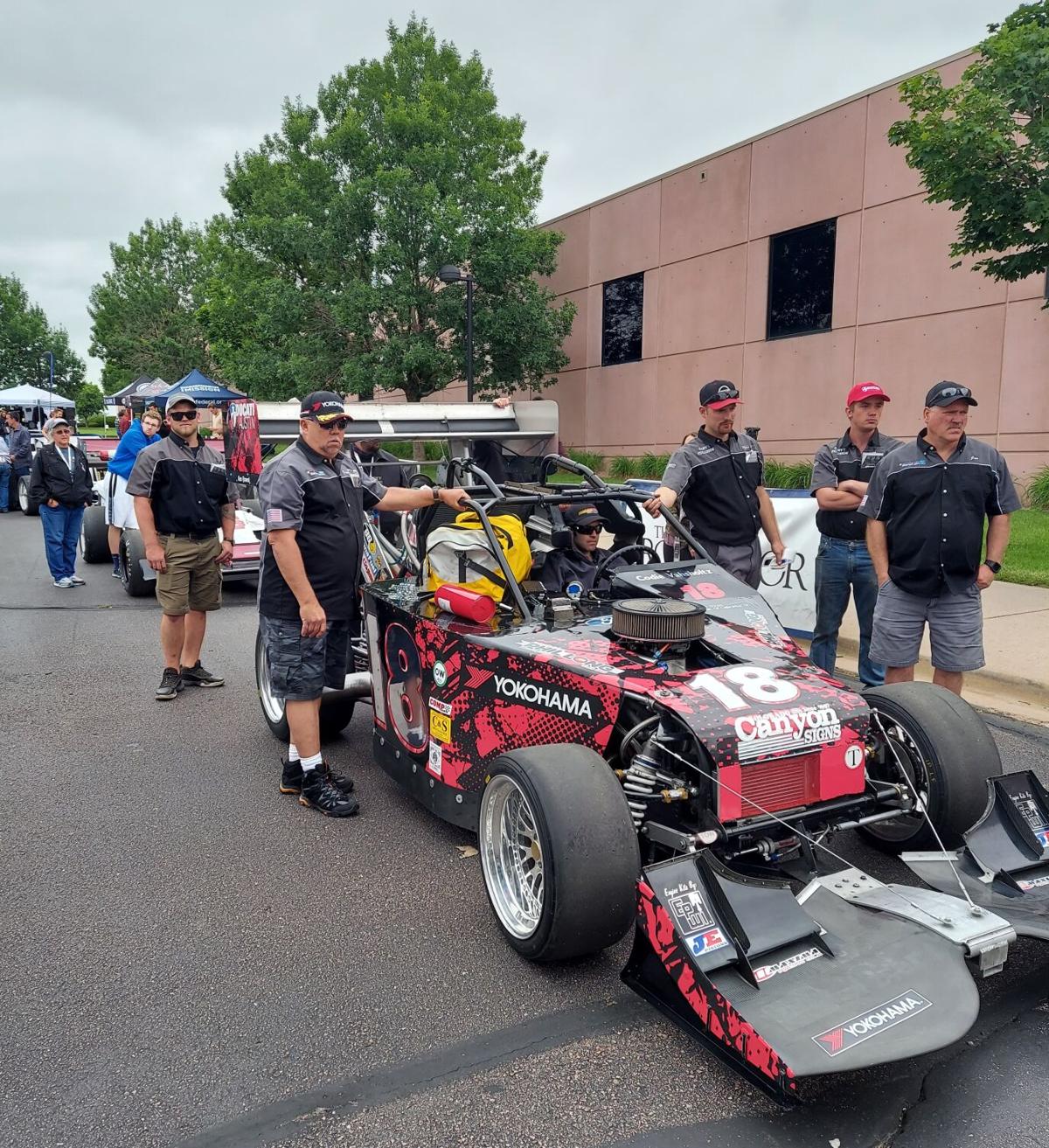 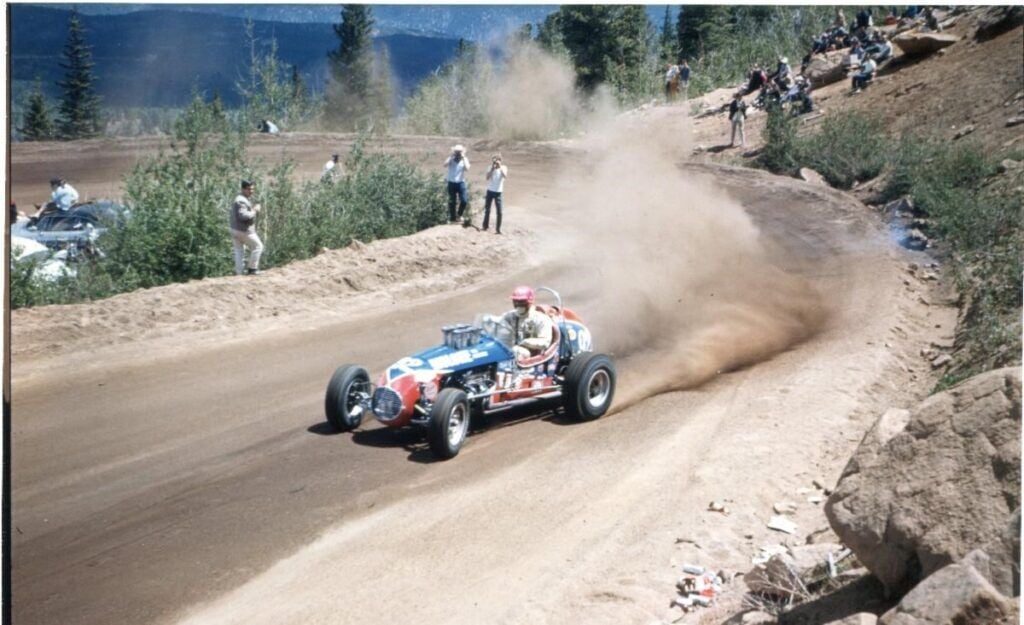 Bobby Unser won 13 King of the Mountain titles during his storied career. Nine of his championships were in Open Wheel.

Paul Dallenbach, far left, looks on as his crew gets his car ready for technical inspection on Monday.

Bobby Unser won 13 King of the Mountain titles during his storied career. Nine of his championships were in Open Wheel.

Paul Dallenbach was a 14-year-old spectator at his first Broadmoor Pikes Peak International Hill Climb in 1981. He was enamored with the event and decided he wanted to one day compete as a driver.

By 1993, Dallenbach won his first King of the Mountain title and set a course record in the process. He competed in his Davis Chevrolet in the Open Wheel division.

Dallenbach won two more King of the Mountain championships in 2003 and 2004 — both in Open Wheel — and cemented his legacy as one of the greatest drivers in the history of the race that began in 1916.

The Hill Climb, which will have its 99th running on Sunday, is America’s second-oldest auto race, behind only the famed Indianapolis 500, where Dallenbach’s father, Wally Sr., finished fourth twice in the 1970s.

Dallenbach, native of Basalt, will be competing in Open Wheel this year in his 2006 PVA-003 Dallenbach Special. The car was built in 1981, but has undergone numerous modifications.

Dallenbach’s Hill Climb career is so long that he raced in the event when it was all gravel and has adjusted to the all-pavement road that was completed in 2012.

“I always say dirt is a lot safer than pavement,” Dallenbach said. “On pavement, things happen so much faster. On dirt, you can spin out and get away with it. Here you spin out, you’re going to go off (the mountain) more than likely.”

The Open Wheel division is the only class of cars that has competed in every Hill Climb since the first year of the race.

The other divisions in this year’s race are Pikes Peak Open, Porsche Pikes Peak Trophy by Yokohama, Time Attack 1 and Unlimited.

“First and foremost, Open Wheel cars are one of the most iconic looking cars,” said Vahsholtz, a native of Woodland Park. “Secondly, you get a lot better sense of what your vehicle is doing because in a lot of these cars you can see your front tires and you can see how much they’re actually wearing.”

Open Wheel cars basically have a naked chassis with no body work and a couple pieces of sheet metal to them. The weight of the car is kept down, and with added horsepower, the cars can go very fast if a driver can get them stuck to the ground.

The 2020 Hill Climb was a dream come true for Open Wheel fans as three of the top four finishers, and four of the top seven, were all Open Wheel cars. Clint Vahsholtz (Codie’s father) finished first overall to win his first overall title, followed by Dallenbach. They were separated by half a second.

Clint Vahsholtz’s victory was the first by an Open Wheel driver since David Donner, a Cheyenne Mountain High School graduate, turned the trick in 2005.

“It definitely made some of the other drivers look at their program differently because they’re bringing a couple of hundred-thousand-dollar cars,” Codie Vahsholtz said. “To build an Open Wheel car from scratch, you probably have $30,000 into it. To go out there and spank ‘em was pretty unique.”

Novembre, a Air Academy graduate, attended his first Hill Climb as a kid and dreamed of one day competing as a driver. He got that chance in 2009 when he raced to the summit in the Open Wheel class.

Novembre is well aware of the famed drivers who have competed in Open Wheel and won King of the Mountain titles. That list includes Bobby Unser, Al Unser Sr., Mario Andretti and Rick Mears. Those drivers have also combined for 12 Indy 500 victories.

“That’s where it’s crazy. That’s where all the dreams come true,” Novembre said. “I feel like I’m pretending. To be with those guys is really cool.”

The O’Maley brothers are also locals who both graduated from Coronado. Earl is a rookie this year, while Rodney is competing in his 11th Hill Climb.

McInnes is from Australia and lives in Utah.

In 1926, Joe Unser and Louie Unser — uncles to Bobby and Al Sr. — competed in their first Hill Climb’s in Open Wheel. Three years later, Jerry Unser Jr. — Bobby and Al’s father — made his first trip up the highway in Open Wheel.

Finally, in 1933, Louis won the coveted King of the Mountain title. He would go on to win nine more before retiring from Hill Climb competition in 1967. All his titles were in Open Wheel.

According to Hill Climb historian Don Sanborn, 11 different Unsers have competed in 120 Hill Climb races. Robby is the last to race up the mountain in 2004. The overwhelming majority of the family’s races were in Open Wheel.

Both Bobby and Al said they never would have had their success at Indy had it not been for the Hill Climb.

Codie Vahsholtz has enjoyed a successful career as a motorcycle racer. His resume includes three championships and three class records in the …