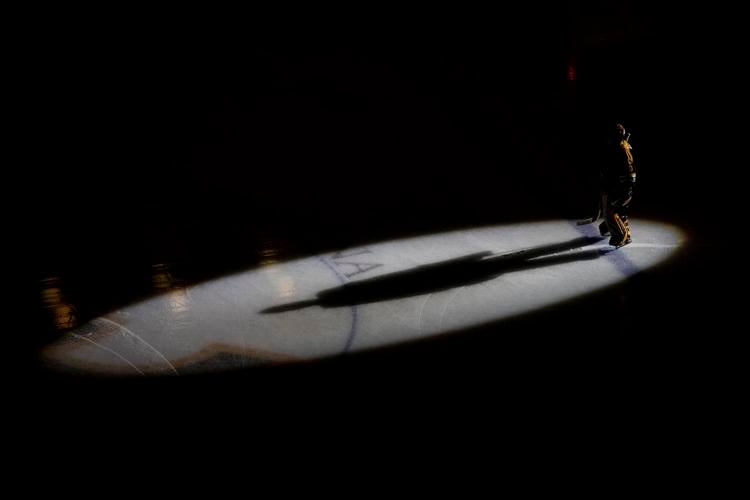 Colorado College freshman goaltender Matt Vernon (30) takes the ice during the mens' ice hockey game against St. Cloud State University at the Broadmoor World Arena in Colorado Springs, Colo., on Friday, Feb. 7, 2020. The Tigers lost to the Huskies in by a score of 3-2.(Chancey Bush/ The Gazette) 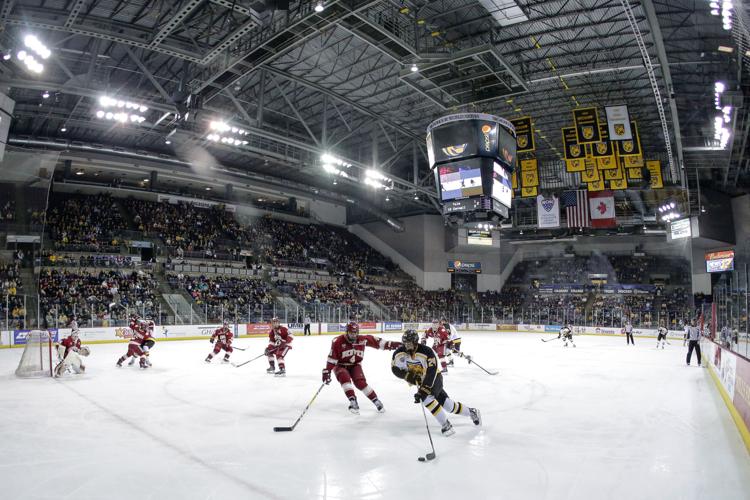 Colorado College freshman goaltender Matt Vernon (30) takes the ice during the mens' ice hockey game against St. Cloud State University at the Broadmoor World Arena in Colorado Springs, Colo., on Friday, Feb. 7, 2020. The Tigers lost to the Huskies in by a score of 3-2.(Chancey Bush/ The Gazette)

The Broadmoor World Arena is courting sports franchises to take the place of departing Colorado College hockey and looking for feedback.

CC hockey has called The Broadmoor World Arena home since the arena opened in January 1998. The school broke ground Feb. 15 on an on-campus, 3,407-seat arena with an estimated price tag of $52 million. Ed Robson Arena is projected to open in October 2021, which would make CC’s next season its final one on the south side of town.

Dot Lischick, general manager of The Broadmoor World Arena, confirmed the organization was looking to fill the gap left by Colorado College.

“We are actively looking for other sports franchises,” Lischick said. “We’re interested in another hockey team that meets the needs of Colorado Springs and the venue.”

The Broadmoor World Arena sent out a survey this week to 200,000 recipients stating that along with community partners and stakeholders, it is “actively pursuing new sports franchises,” including American Hockey League teams.

The AHL is one rung below the NHL and is its primary development league. The 31-team league is based in Springfield, Mass., and spread throughout the U.S. and Canada. It’s where NHL franchises cultivate their top talent and rehabilitate mainstays returning from injuries.

Lischick said there is no deal and no team yet, and that the process is in the early stages.

“We have to see what pieces we need to put in place first, that we do have the market that is interested,” Lischick said. “We’re evaluating our patrons and our customers and asking them what they would support. We have to demonstrate that Colorado Springs has an interested ticket base.

“We’re evolving into a whole new market. We have to see who we are.”

The survey asked El Paso, Teller and Pueblo County residents to gauge their level of interest in an AHL team based at The Broadmoor World Arena. They were asked whether they’d be willing to pay for single-game to “$500 to $1,500” season tickets, and if purchasing on a game-by-game basis, how many of the 34 home games they’d likely attend.

Each AHL team has an NHL affiliate. A team frequently referenced to being on the move is the Stockton (Calif.) Heat, affiliated with the Calgary Flames. In 2018-19 the Heat’s average attendance was 3,690 fans, fourth worst in the AHL.

KOAA’s Jake Gadon tweeted a statement from the Flames’ VP of Communications Peter Hanlon on a potential Heat move: “We have recently extended our agreement in Stockton through 2020-21 and that’s all we are focused on at this time.”

Lischick would not confirm that Stockton is interested in moving to Colorado.

The Heat are in the Pacific Division, also home to the Loveland-based Colorado Eagles. At the moment, Colorado is far removed from the rest of the division as the only team outside of California and southern Arizona.

David Pagnotta, editor-in-chief of The Fourth Period and a Sirius XM radio host, tweeted Feb. 17 that the timeline was unclear for a potential move, “but could happen for fall 2021 or 2022.”

The CC Tigers (11-17-2, 4-14-2 National Collegiate Hockey Conference) have a rematch against the team that started a downward spiral - Minnesota Duluth. With the playoffs looming, graduate transfer Andrew Gaus wants the season to continue as long as possible.