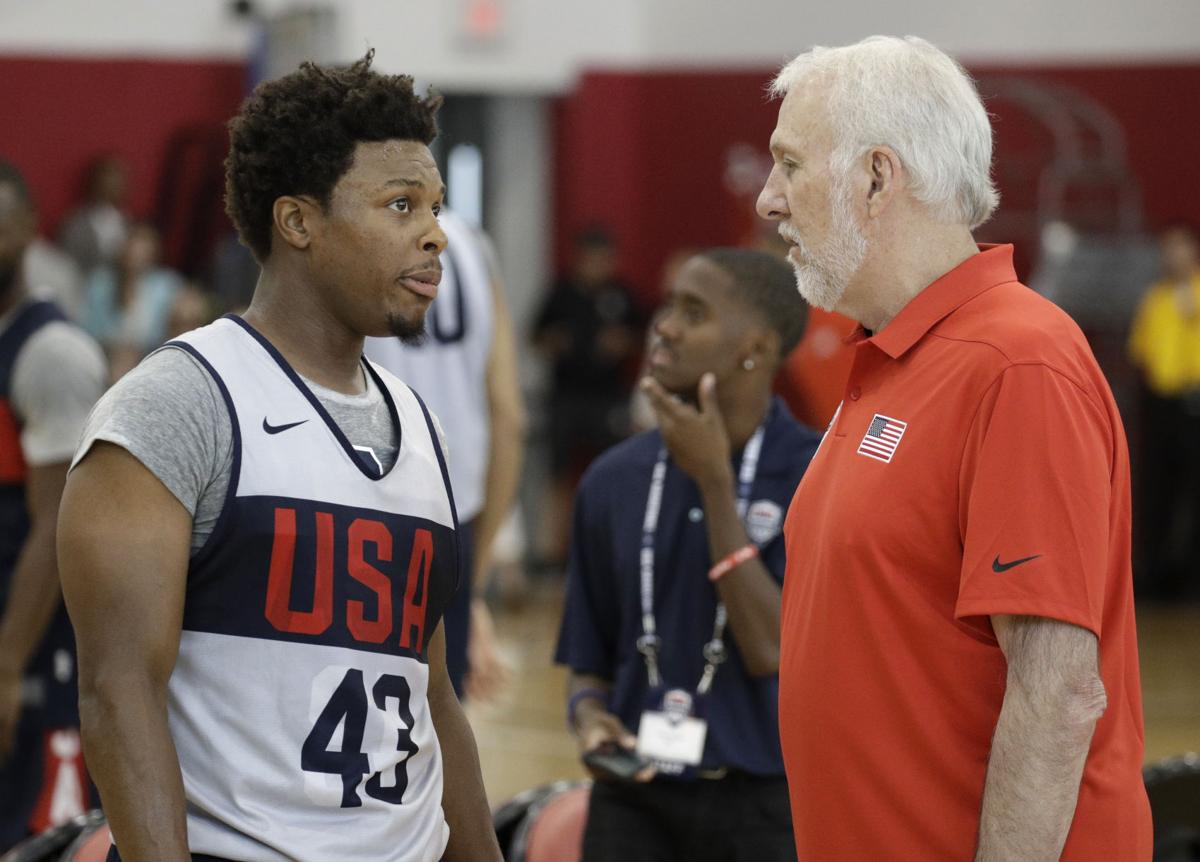 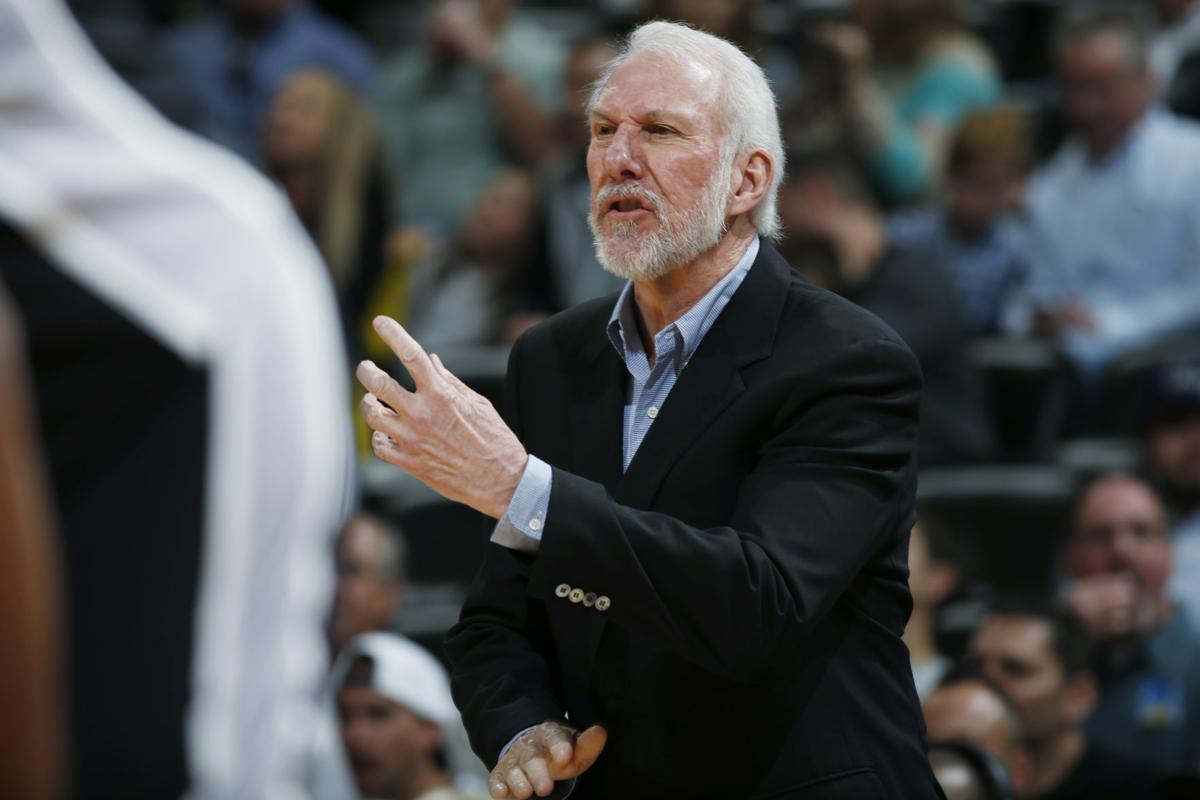 San Antonio Spurs head coach Gregg Popovich argues a call against his team while facing the Denver Nuggets in the first half of an NBA basketball game Friday, April 8, 2016, in Denver. (AP Photo/David Zalubowski)

San Antonio Spurs head coach Gregg Popovich argues a call against his team while facing the Denver Nuggets in the first half of an NBA basketball game Friday, April 8, 2016, in Denver. (AP Photo/David Zalubowski)

The United States is one of three countries to win back-to-back FIBA World Cup gold medals, and a three-peat seems inevitable.

Denver Nuggets forward Paul Millsap could be a member of the team, as he was one of 20 players invited to training camp from Aug. 5-9 in Las Vegas for the chance at a spot on the 12-man roster.

The 2019 FIBA World Cup takes place in China from Aug. 31 to Sept. 15, and Team USA coach Gregg Popovich will announce the final roster on Aug. 17.

“We want to see who’s committed to the point where their competitiveness in camp makes it impossible for us not to select them,” Popovich said Monday. “Playing defense is important, being able to score is part of that, but we’ve got to have a little bit of everything.”

“The flexibility and interchangeability (between positions) were important,” Popovich added. “There’s a lot of that.”

Since former coach Mike Krzyzewski’s FIBA World Cup titles in 2010 and 2014, Popovich has replaced him. Team USA could become the first-ever country to earn a third-consecutive gold medal at the event.

It’s all in the hands of the longtime San Antonio Spurs coach, highly decorated with all types of accolades.

“It’s a huge honor and huge responsibility to be in this position,” Popovich said. “The success of the program over the years has been spectacular. It’s our job to make that continue.”

USA Basketball Chairman and National Team Managing Director Jerry Colangelo, with Popovich, put together the tryout roster in a specific way that fulfilled a variety of needs.

Colangelo said the staff first broke everything down by positions and subsequently began a ranking system for all the candidates at each spot on the floor. The last part was speaking with agents of the players to gauge their interest in competing.

Kuzma, Lopez, Millsap, Mitchell, Tatum and Tucker are all new additions to the national team roster.

“It was important in the selection to get older players, experienced players and younger players who are going to become stars,” Popovich said. “If you look at this group of 20, you’re going to find everything from very young to a little older. I think that’s important for the mix.”

In preparation for the FIBA World Cup, Team USA is set to play an exhibition match against Spain at the Honda Center in Anaheim on Aug. 16. Then, with the 12-man roster, Popovich will take his group to Australia for three exhibitions – against Australia on Aug. 22 and Aug. 24 in Melbourne and against Canada on Aug. 26 in Sydney.

Team USA is in Group E for the tournament, along with Turkey, Czech Republic and Japan. The U.S. opens competition Sept. 1 against the Czech Republic. The following games are Sept. 3 vs. Turkey and Sept. 5 vs. Japan.

Not only does the FIBA World Cup give Team USA a chance to secure its sixth gold medal in the event, but it also serves as a chance to qualify for the 2020 Summer Olympics in Tokyo.

“This particular World Cup is going to be very challenging,” Colangelo said. “There are some teams that are going to be difficult.

“Basketball is the ultimate team game. We need time to bring everyone together.”

Columnist Paul Klee writes that the Denver Nuggets are in good shape and if free agents truly value winning, they will look this way.