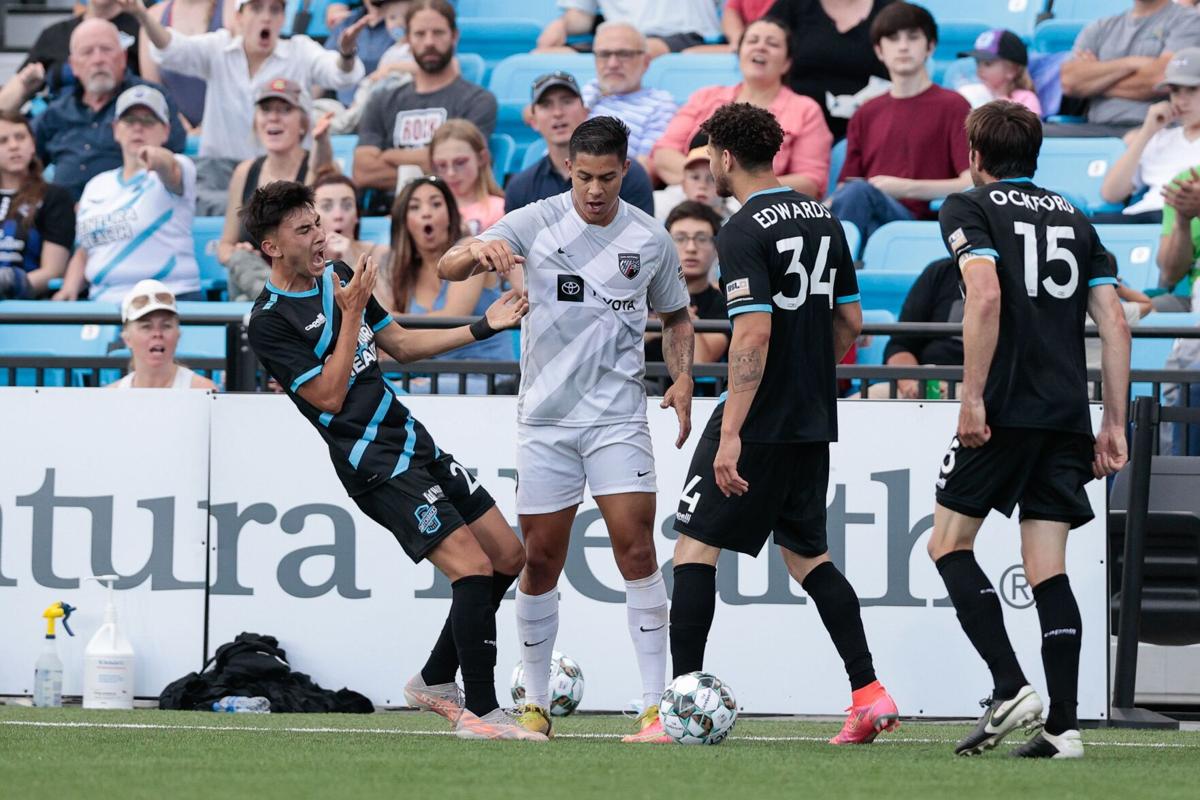 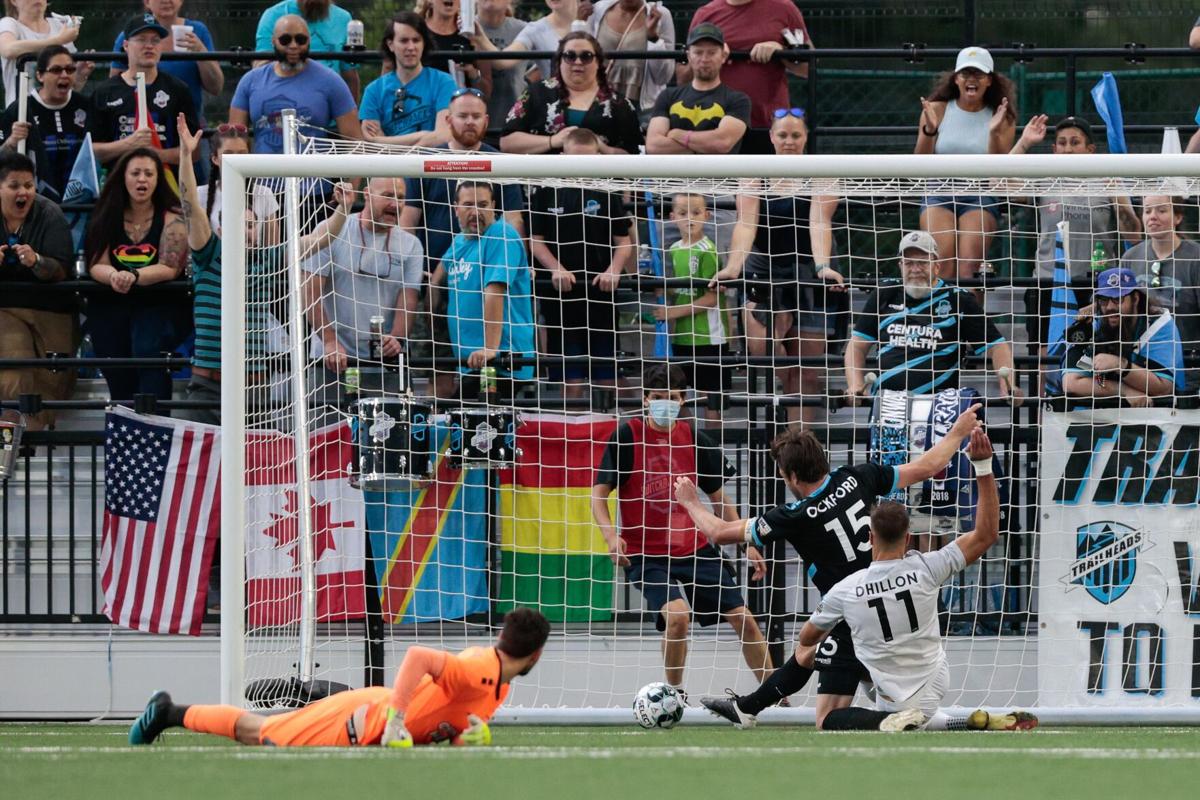 Switchbacks defender and captain Jimmy Ockford makes a save on a shot by San Antonio forward Justin Dhillon during Saturday’s match at Weidner Field, Switchbacks goalie Seam Melvin looks on.

Switchbacks defender and captain Jimmy Ockford makes a save on a shot by San Antonio forward Justin Dhillon during Saturday’s match at Weidner Field, Switchbacks goalie Seam Melvin looks on.

Colorado Springs Switchbacks FC coach Brendan Burke issued a challenge to his team and it responded in overwhelming fashion.

Playing in front of 5,531 at Weidner Field on Saturday night in the second-ever regular season United Soccer League Championship game at the new downtown facility, the Switchbacks played San Antonio FC to a 1-1 draw.

The Switchbacks had the only goal of the match through the first 89 minutes against a San Antonio club that thoroughly dominated Colorado Springs in the season opener last month.

“We smashed ‘em,” Burke said. “It’s a good sign. We’re going to be here for a long time kicking the crap out of teams.”

Burke, in his first season as the club’s coach, brings an east coast toughness to the Pikes Peak region that he hopes will have a long-lasting and positive effect.

“If you take San Antonio’s fight away and ability to play direct, they obviously didn’t have much more,” Burke said. “We smashed ‘em for the better part of the game and we have to come away with three points.

“We’re a work in progress. We still have a few more guys to get in place. The reality is when we hit full strength we’re going to be nasty to play against.”

The Switchbacks (1 win, 2 losses, 1 draw) got the crowd going early when Guinean striker Hadji Barry blasted a shot past San Antonio goalkeeper Matt Cardone six minutes into the match. It came on an assist by Jamaican Deshane Beckford, playing in his first game of the season after finally clearing visa hurdles.

It was Barry’s fourth goal on the season – the Switchbacks have six as a team – and it marked the third time he scored within the first six minutes of a match.

The Switchbacks, who were shutout and outplayed by San Antonio (2-1-3) in their previous meeting, maintained an aggressive style on both sides of the ball in game two of the season series. Barry came close to finding the back of the net on three more opportunities, while teammate Zach Zandi barely missed on three chances of his own.

Ockford came up big in the 60th minute when he made the save of the game. San Antonio forward Justin Dhillon worked his way past Switchbacks goalie Sean Melvin – who left his post to defend the top of the box – and had a clear shot on goal from five yards. But Ockford swept in and booted the ball out of play for a corner kick.

“As soon as I see my goalie come out I look at myself as the second cover,” Ockford said.

Dhillon tied the game in the 89th minute.

The Switchbacks hit the road next Saturday for a game against talented and physical El Paso Locomotive FC (2-0-2).

“El Paso has a stacked team,” Switchbacks midfielder Jose Torres said. “Their team is an experienced team. I’ve seen most of the guys play in Mexico or Spain or (Major League Soccer). They move the ball well.

“They are one of the teams in the USL that can play in the MLS.”

Backup goalie from Colorado leads U.S. to stunning victory over Mexico in CONCACAF final in Denver

Ethan Horvath provided the heroics for his country just a few miles from home.