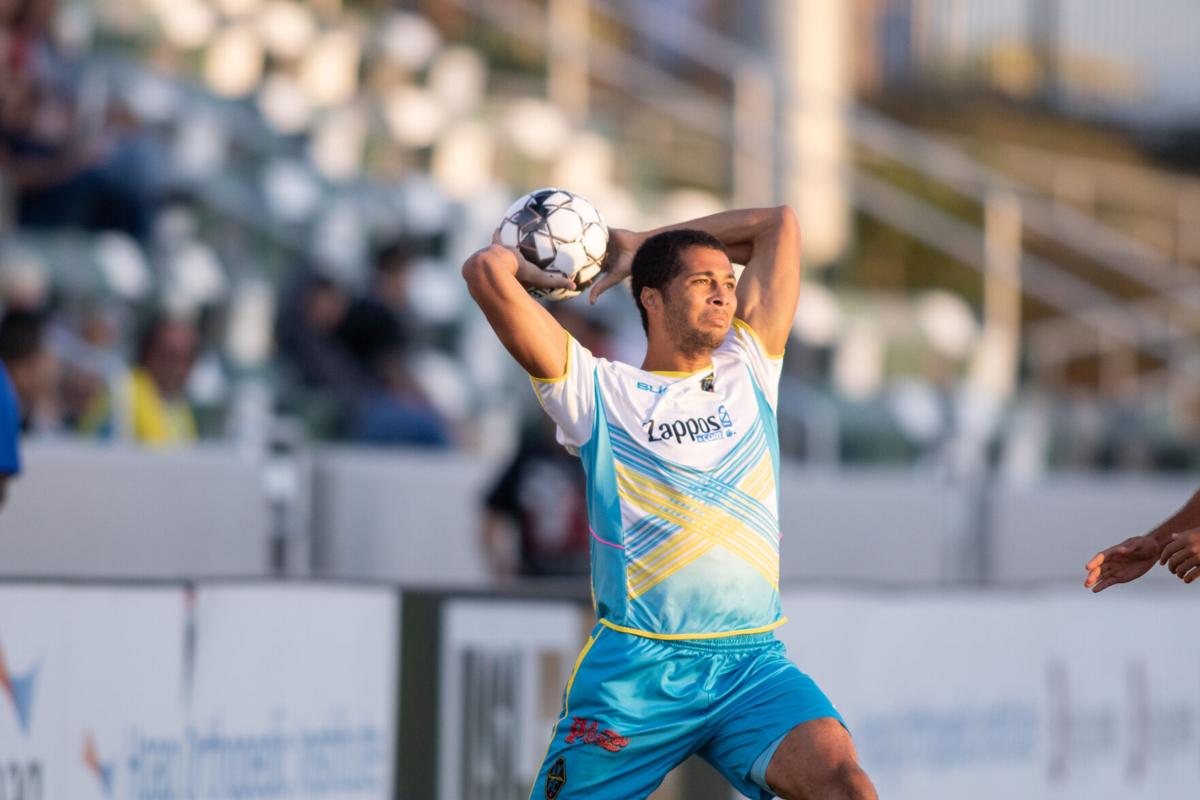 Gabe Robinson made 33 appearances with Las Vegas Lights FC during the 2019 season. 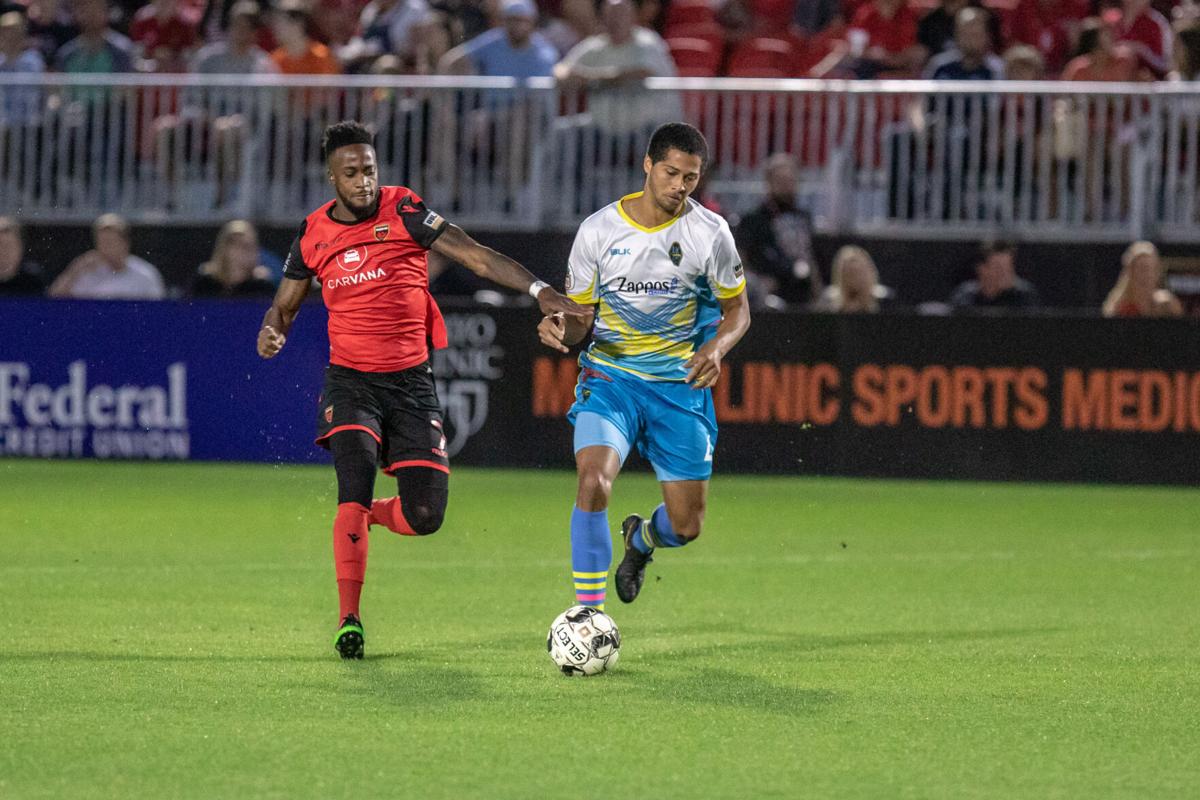 Gabe Robinson (right) defends against Phoenix Rising's Junior Flemmings during his time with Las Vegas Lights in 2019. Robinson joined the Switchbacks on a loan earlier this week.

Gabe Robinson made 33 appearances with Las Vegas Lights FC during the 2019 season.

Gabe Robinson (right) defends against Phoenix Rising's Junior Flemmings during his time with Las Vegas Lights in 2019. Robinson joined the Switchbacks on a loan earlier this week.

Robinson was loaned from Las Vegas Lights to Colorado Springs earlier this week and is expected to be available to make his Switchbacks debut when the club hosts Oklahoma City on Saturday.

“He’ll definitely be in the 18 tomorrow night,” Koch said before Friday’s training session.

After a four-year career at California State University, Northridge, Robinson attended a tryout where he caught Wynalda’s attention.

“He told me pretty much, 'If I have a coaching job, you’ll have a job,’” Robinson remembered.

So when Wynalda, the United States Men’s National Team career leader in goals until Landon Donvonan passed him in 2008, was named coach of Las Vegas Lights ahead of the 2019 season, Robinson had a job, a steady one at that.

Robinson made 33 appearances last season, his first in the USL, scoring three goals, assisting one and playing nearly 3,000 minutes for the Lights.

But when Wynalda walked away from the Lights during the season’s shutdown due to the coronavirus pandemic, Robinson’s chances to play seemingly dried up. He started and played 90 minutes in the club’s 1-1 draw before stoppage but has only appeared in one match since the season resumed. Robinson said the coaching change played a part, as did injury and the pandemic.

“It was time for a new start and a little bit different weather,” Robinson said. “So I’m ready for it.”

Enter Switchbacks FC and Koch, who didn’t think he would be in a position to add to his roster for the remainder of the season.

“It’s very, very difficult in these times with any type of player movement,” Koch said. “When the opportunity to get him to come join us under the circumstances, we jumped at it. It’s great we got him integrated in the group now, and he’s available and eligible to play in the game tomorrow.”

Should Robinson play, Koch expects his size and speed to be the first thing people notice. They might also be surprised by his technical ability and long throw-ins that can turn a regular restart into a scoring opportunity.

“He is a big, athletic center back and his technique is actually pretty decent for a big guy, too,” Koch said.

The Switchbacks will start Saturday’s match eight points back of the second Group C playoff spot after three consecutive draws, but Koch has maintained he’s not paying much attention to the table these days. His focus, instead, seems to be on evaluating the talent on his team ahead of the much anticipated 2021 season at the club’s new downtown stadium.

“To be quite frank, Gabe, like many of our players in our group, this is a one-month trial. It’s a month trial to see if (he) fits what we’re trying to do as a club, but also gives themselves a chance to showcase themselves,” Koch said.

“When you get an opportunity like that, you have to seize it. If, that can lead to a contract here, or somewhere else, that’s obviously a big positive.”

After three progressively bigger baby steps, Colorado Springs Switchbacks FC is working on walking out of a match with a win.