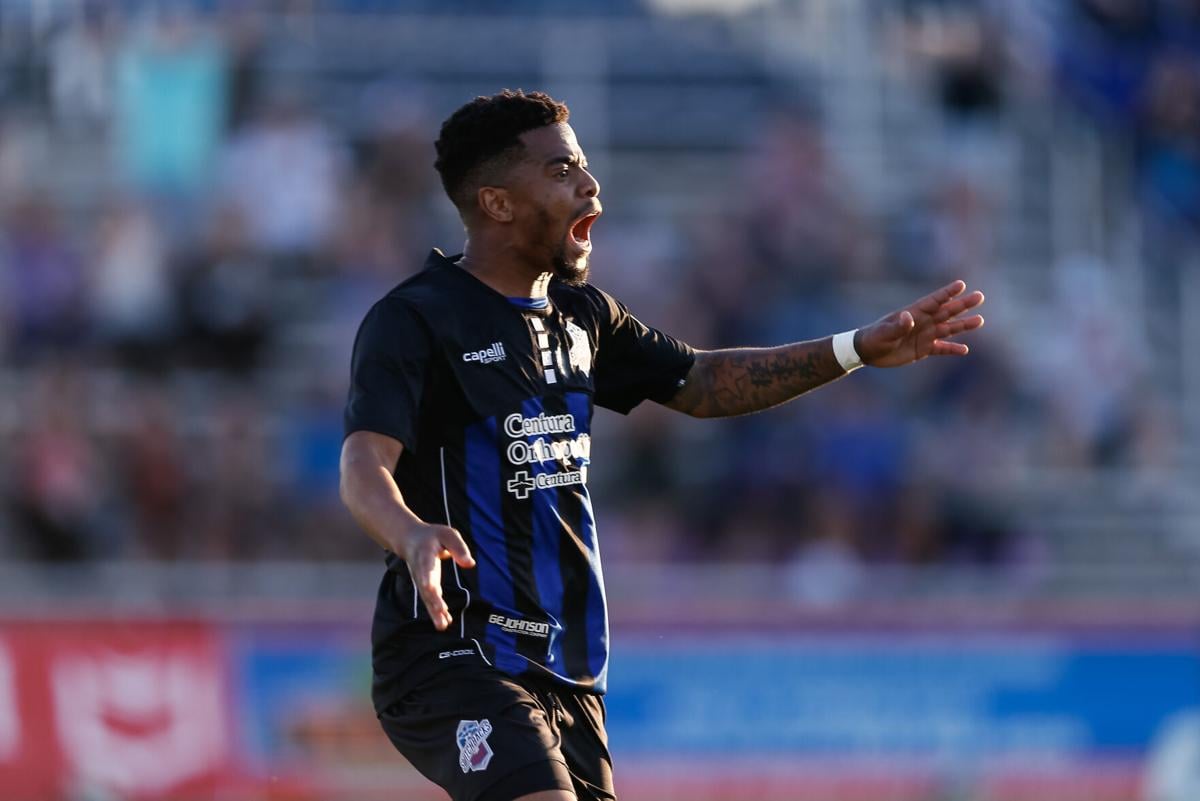 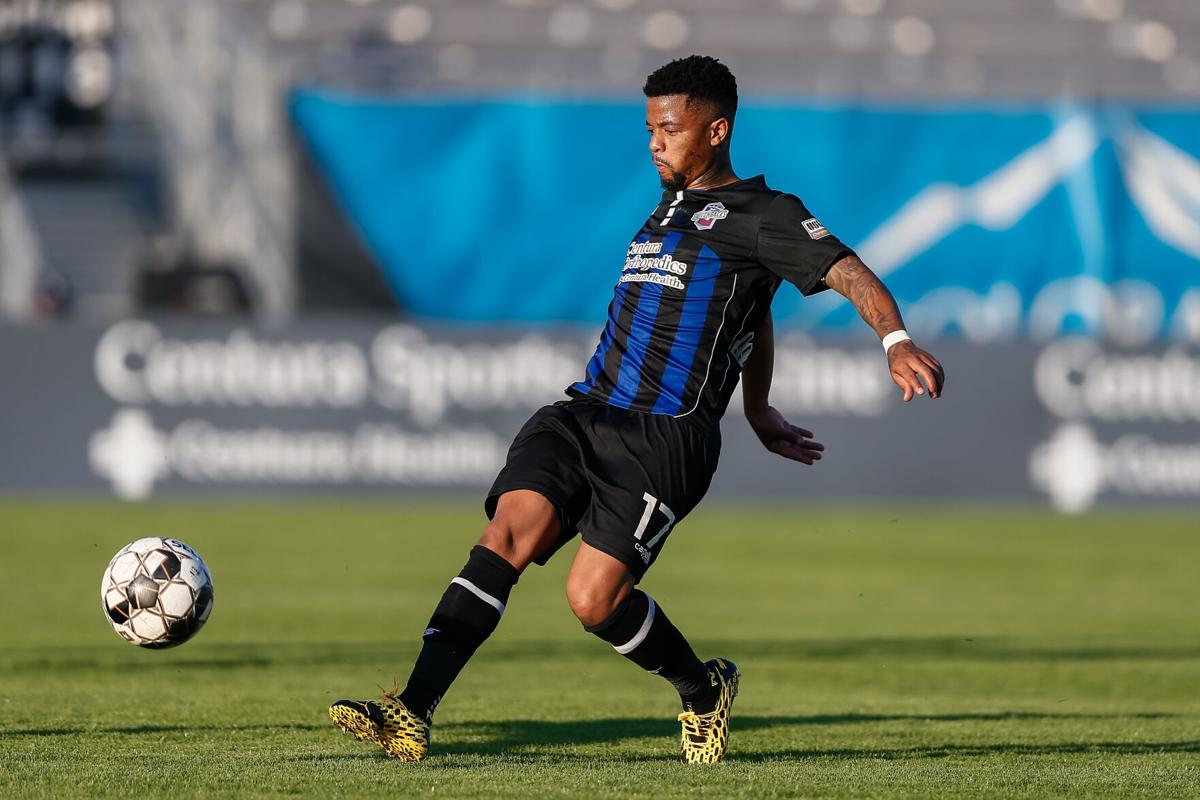 Colorado Springs Switchbacks FC midfielder George Lebese (17) controls the ball in the second half against New Mexico United on July 11 at Weidner Field.

Colorado Springs Switchbacks FC midfielder George Lebese (17) controls the ball in the second half against New Mexico United on July 11 at Weidner Field.

A bicycle, Switchbacks FC coach Alan Koch thinks, might be the best way for South African midfielder George Lebese to break the monotony of self isolation in Colorado Springs.

“I have no idea about lifestyle,” Lebese answered after Thursday’s training session at Weidner Field when asked about life in the United States amid the coronavirus pandemic.

“I haven’t been out (of) the apartment except for being here. All I know is Switchbacks.”

Koch’s suggestion is not a statement on Lebese’s fitness - the midfielder has started both matches and played all but eight minutes so far this season - but rather a solution to being stuck inside for much of the last four months, while his wife and family are across the Atlantic.

“It’s very difficult, especially that I can’t even get to see them, to get them to come over, so I just hope this craziness will be over soon and things can go back to normal,” Lebese said.

“They call and check up on me. Everyone is worried that knows me, but I reassure them I’m in safe hands of the Switchbacks.”

Koch, a South African like Lebese, knows how hard self-isolation can be. The coach and his wife bought bikes roughly four weeks into the pandemic and have found riding to be a nice escape.

“Started to go stir crazy,” Koch said. “My wife and I bought bikes, and it’s been awesome. We’ve got to go see the city, which, obviously we live in a beautiful place. We’ve been glad to embrace it.”

A Sunday ride through one of the city’s open spaces could have served as a release for Lebese, who was at the center of a frustrating final 15 minutes in last Saturday’s 2-1 loss to New Mexico United. With the match tied at 1 in the 79th minute, Lebese got on the end of an Austin Dewing pass, pushed the ball past the onrushing United goalkeeper and started his celebration before the offside flag went up. Lebese immediately wagged a disproving finger at the linesman before United went on to score a late winner.

“When I looked at the video, it was exactly what I thought,” Lebese said.

Koch said the decision was the difference between his team sitting on six points or its current three points, as the club travels to defending United Soccer League Championship winners Real Monarchs for Saturday’s 2 p.m. match.

Though the trip from Colorado Springs to Utah surpasses the 500-mile threshold which would allow Switchbacks FC to fly to Saturday’s match, the club decided it would bus for health reasons.

Colorado Springs coach Alan Koch said the club discussed its options, decided to take a bus to avoid exposure to COVID-19, and will revisit its options in a few weeks.

“I think (in terms of) match preparation, it’s definitely not the best way to go,” Koch said.

Koch noted other teams in the league have already flown to matches, and he’s following the results of that decision. As of Thursday, Koch said Switchbacks players and staff continued to test negative for coronavirus, further encouraging the decision to keep the team in a more controlled environment.

Google Maps puts the trip from Weidner Field to Real Salt Lake’s 20,000-seat stadium in Sandy, Utah at just over nine hours without stops. It’s a challenge for the team, which was expected to leave Friday morning and play at 2 p.m. Saturday afternoon.

“Just prepare as well as you can, do the little things, take care of your body and stuff,” said goalkeeper Sean Melvin whose one-handed stop against New Mexico last week won the fan vote for the league’s save of the week on Friday. “You just have to adapt to the circumstances.”

“If it counts, we win the game 2-1. That’s the brutal truth of that situation, but it didn’t transpire, and the same thing happened to Real Monarchs,” Koch said.

“It’s how you respond to those (moments) that really defines you.”

And Koch has no doubt Lebese provides some of the things that could help the Switchbacks not only get a positive result Saturday, but also shape the club’s culture ahead of its move to a downtown stadium next season.

“I’ve been very happy with how he’s done so far. It’s only been two games, but his work rate, his mentality, his leadership in our group has been first class,” Koch said. “I think he’s a big part of what we’re trying to do and how we’re trying to play. We need a player like him to allow us to do the things we want to do.”

Outside of soccer, Lebese said he would like to explore the Rocky Mountains sitting just West of Colorado Springs, but only when the time is right.

“(I would like to) probably see the mountains, experience Colorado a little bit, but just waiting for the right time.”

Uvaldo Luna, Joan Cervos and Abdul Rwatubyaye made up for individual mistakes that led to Real Monarchs goals to help Colorado Springs Switchb…