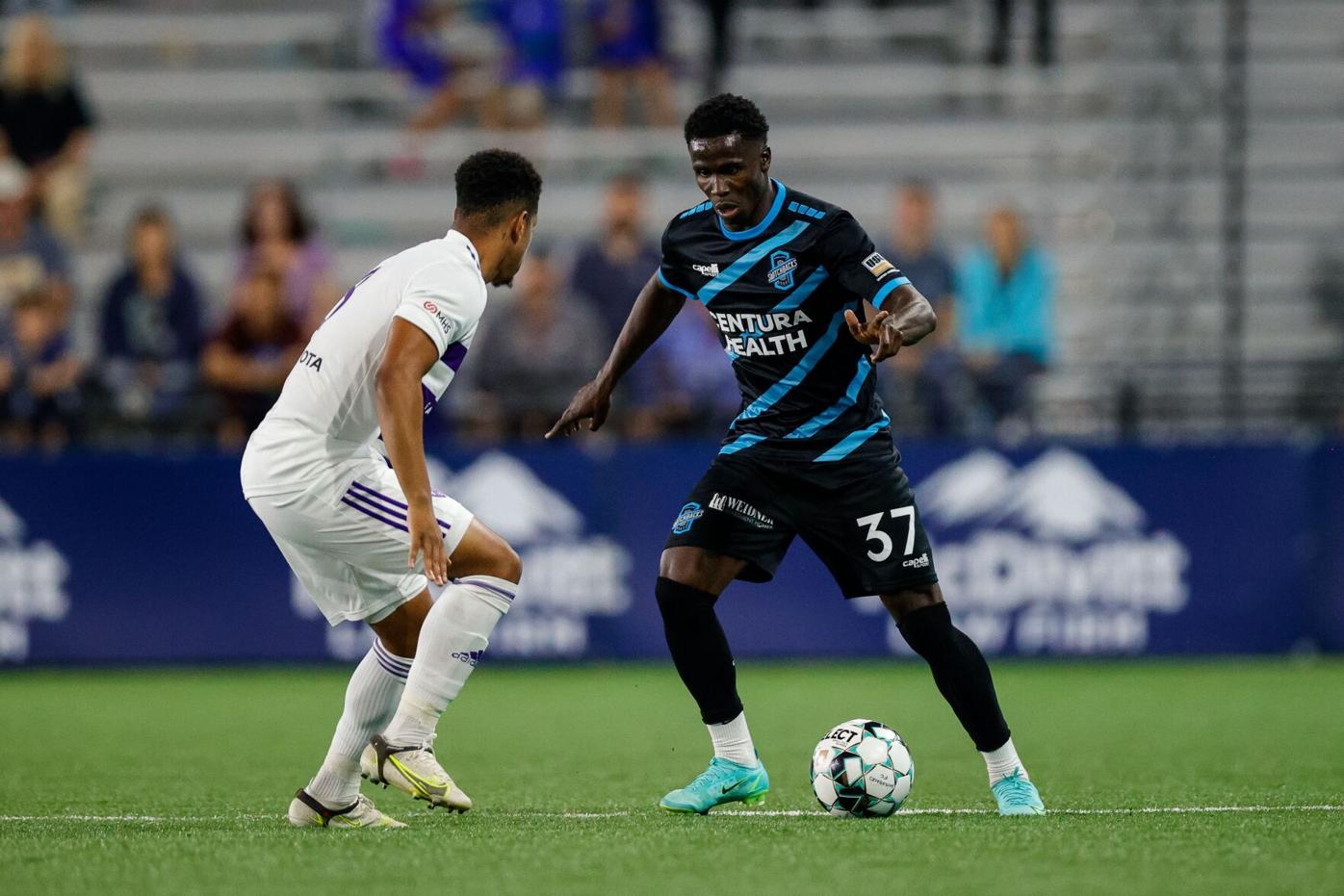 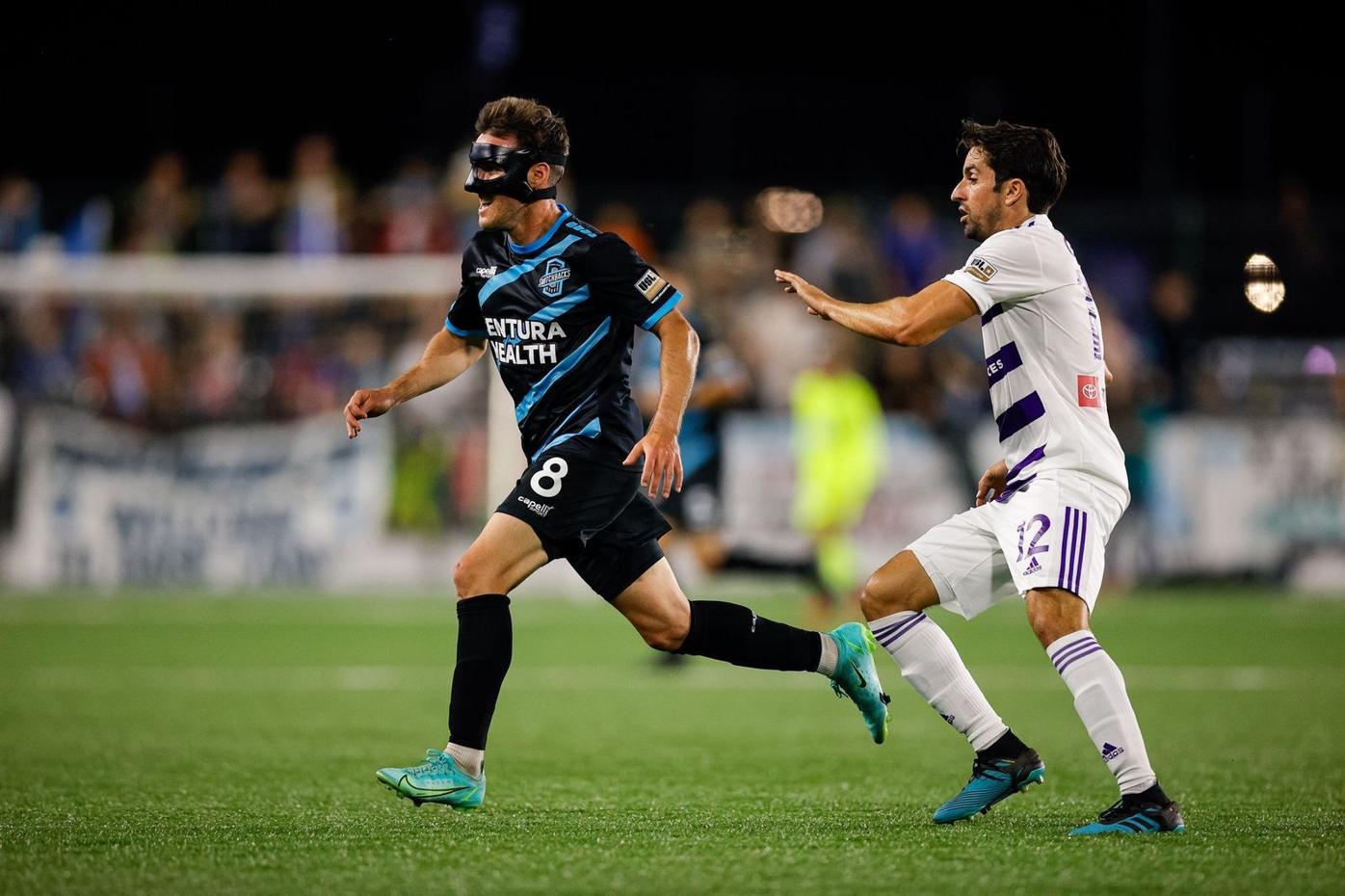 Switchbacks midfielder Zach Zandi, in dark jersey, has had an injury-plagued season.

Switchbacks midfielder Zach Zandi, in dark jersey, has had an injury-plagued season.

For the fifth time this season, the Colorado Springs Switchbacks FC will play a road game in the Lone Star State.

Saturday’s opponent is Rio Grande Valley Toros FC, which makes its home in Edinburg, a 20-minute drive from the U.S.-Mexico border.

The game at RGV marks the fourth different Texas city the Switchbacks will play in this season. Colorado Springs has already played games in San Antonio, Austin and El Paso.

“Playing in the Mountain Division, we’re getting to know Texas almost as well as Colorado,” Switchbacks coach Brendan Burke said. “This is a critical match with RGV. We see them three more times after this, so there’s a lot riding on these games.”

“We’re grinding away,” Burke said. “Usually, if you pick up points away and you win at home you’re in good shape. We just had four games in 11 days and we went 2-1-1. You can’t really ask for too much more than that.”

The Switchbacks are coming off a 1-1 tie at Memphis 901 FC on Tuesday.

“We probably should have won that game in Memphis, but the reality is we’re close,” Burke said. “We’re waiting for another one of those breakthroughs, like Hartford.

Last Saturday, the Switchbacks defeated Hartford Athletic 4-2 to tie a season-high for goals in a game.

“The hope, and the messaging from us as coaches to the players, is we create as many or more clear-cut scoring chances than anyone in the league,” said Burke, whose team ranks third among 31 teams in the league in goals with 33. “It’s time to just relax and be ruthless in front of goal.”

RGV is coming off a 2-1 loss to San Antonio last Sunday in Edinburg. Venezuelan Juan Carlos Azócar scored the only goal of the match for the Toros and leads RGV with five goals.

The Switchbacks will be without the services of defender and team captain Jimmy Ockford, who is suspended for the game after drawing a red card against Memphis. Ockford won’t even make the trip to Texas.

“I’ll be watching the game at home and rooting my teammates on from afar,” Ockford said. “It’s definitely tough knowing I can’t be a part of it. It’s not an ideal situation.”

As of Friday, Burke was not sure of whether the club would have the services of defender Sebastian Anderson against RGV. Anderson, who is on loan from the Colorado Rapids, has been training with the MLS club for the last week. As of Friday, he was expected to make the road trip with the Rapids for their game in Houston on Saturday.

“Right now, he’s filling a need the Rapids have,” said Switchbacks general manager Brian Crookham about Anderson. “I expect he’ll be back with us again this season.”

The Switchbacks will return to Colorado Springs on Sunday and train here next week before flying to Charlotte Thursday or Friday for a game against the Independence next Saturday night.

The Switchbacks don’t play another home game until Aug. 28 against Austin Bold FC. That begins a stretch of 6 of 8 games at Weidner Field.

The Colorado Springs Switchbacks FC will be in Tennessee on Tuesday for a match with Memphis 901 FC. The game will be nationally televised on …