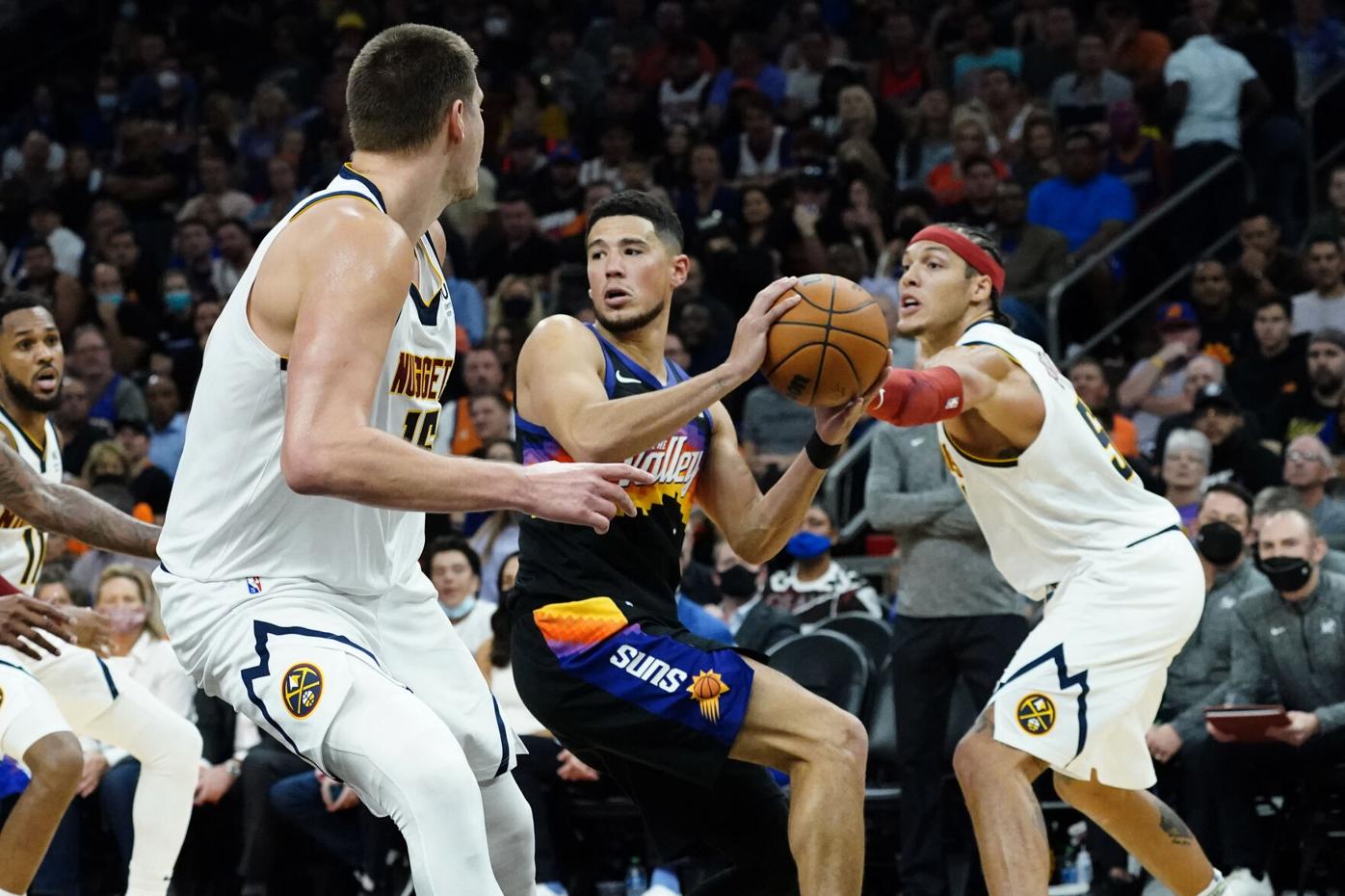 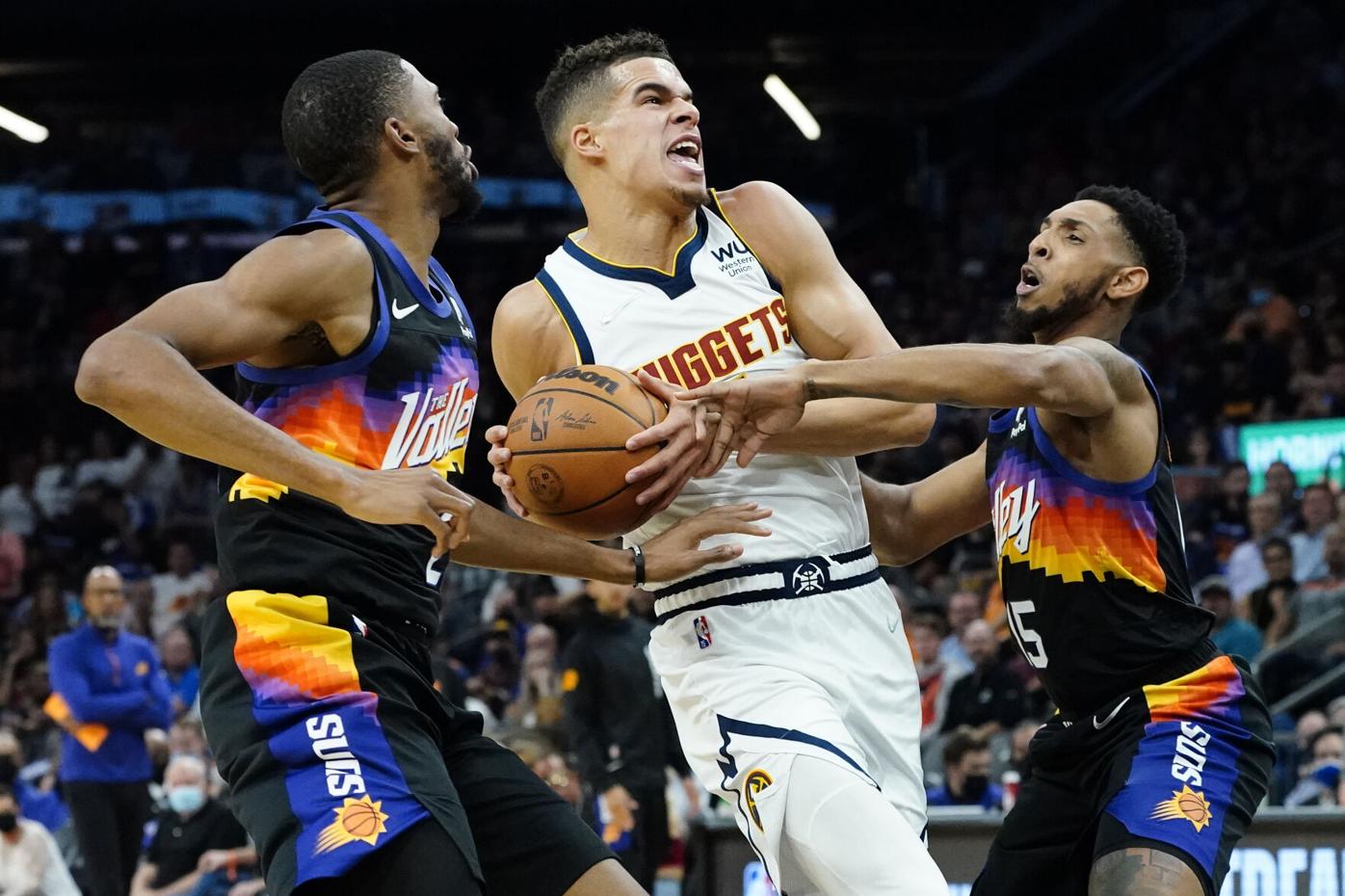 It’s a new season, and the Denver Nuggets’ defense enjoyed a fresh start in Phoenix.

After being swept by a Suns team that often got what it wanted offensively in a second-round series last season, the Nuggets opened the season with a 110-98 win at Footprint Center.

“Anytime a team embarrasses you like they did last year in the playoffs, that feeling doesn’t go away,” Nuggets wing Will Barton III said. “It stings until you get back on the court. So, to come here and get a win in feels good.”

Phoenix scored 40 points in the second half, 24 of which came in the third quarter. Before the fourth quarter, Nuggets coach Michael Malone said he challenged his team to hold the Suns to fewer than 20 points in the final 12 minutes.

“That’s where your defense has to be at its best, and we held them to 16 points,” Malone said of the fourth-quarter effort. “To come in here to open the season against a very good basketball team (in) a tough place to play, (I’m) really, really proud of our guys.”

Malone was pleased with his team’s effort in three of the quarters.

The Nuggets got off to a strong start, using a 13-0 run to take a 26-15 lead in the opening quarter, but the Suns scored the final five points of the first and the first five points of the second. The Suns eventually led by 16 in the second quarter before 3-pointers from Barton and Nikola Jokic on the Nuggets’ final two possessions of the first half cut the deficit to 58-50 at halftime. Despite a frustrating stint from both the first and second unit in the second quarter, Malone said it was too early in the season to light into his team.

“We just talked about the things we have to get back to doing and understand why we had the lead in the first quarter. We defended the 3; they were only 2 for 10. They had zero points off our turnovers,” Malone said. “Then all of a sudden, that second quarter, they scored 38 points. They hit five 3s, 12 points off our turnovers. That’s just making them understand why we won, why we lost and let’s just be more consistent.”

The Nuggets would score 23 of the first 30 points in the third quarter and led the rest of the way after a Monte Morris 3-pointer midway through the third quarter. The Suns closed within three to start the fourth, but the Nuggets closed out their first win of the season behind a couple of 3s from Green, six straight points from Jokic, a big block from Gordon and a couple more 3s from Barton to close it out.

“Hustle, communication,” Barton said were the keys of the fourth-quarter defense. “We were flying around. Even when they broke us down, guys didn’t give up on plays. Guys didn’t quit. I thought we just made it tough on them. They missed some shots, but I thought our effort was there, and that’s what we’ll need to win games.”

“We just played together. We had each other’s backs out there. Everybody was communicative,” Gordon said.

“Everybody was on the same page.”

Mikal Bridges led the Suns with 16 points, while Deandre Ayton and Chris Paul scored 15 apiece. Devin Booker, who led the Suns to a sweep of the Nuggets in the second round of last season’s playoffs, finished with 12 points on 15 shots.

The Nuggets will look to build on their strong opener in their home-opener Friday when the San Antonio Spurs visit Ball Arena.

“We held them under 100 points, which is amazing, especially that team,” Jokic said.

“This was a great victory for us.”