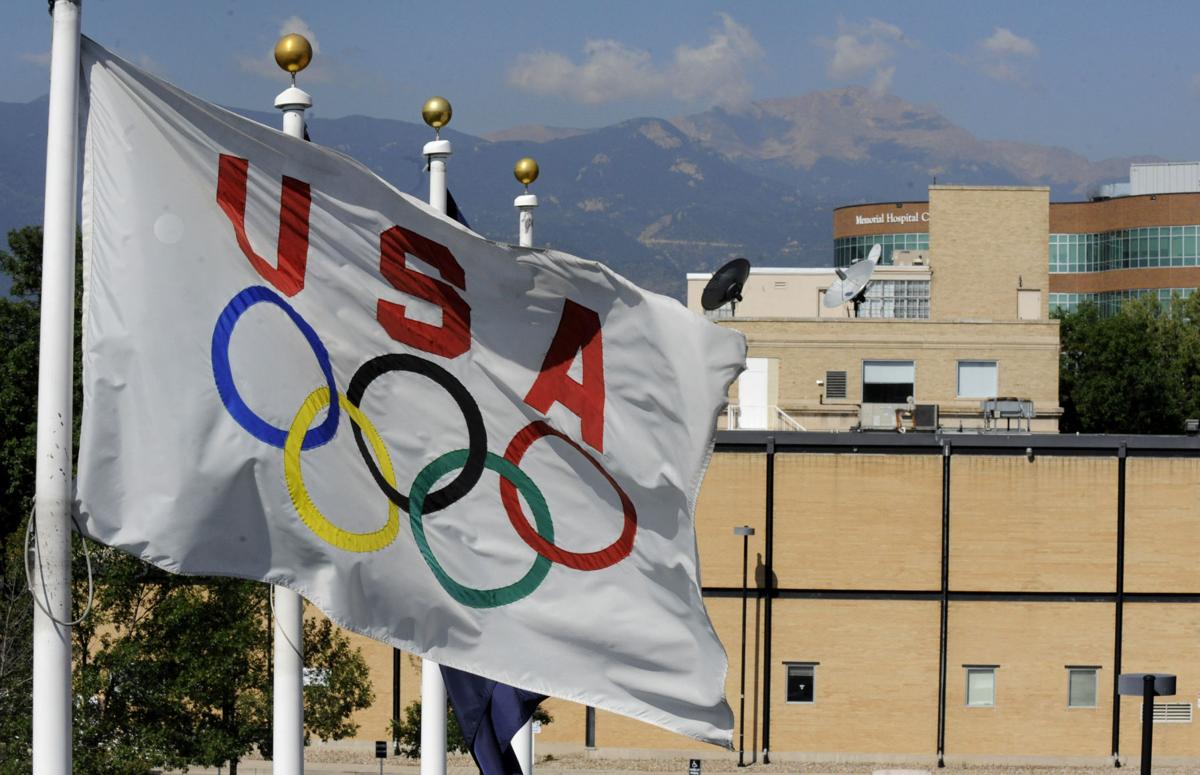 A flag symbolizing the United States Olympics flies over the entrance of the Olympic Training Center and the current headquarters of the USOC in Colorado Springs on Thursday, August 20, 2009. (The Gazette/Jerilee Bennett) 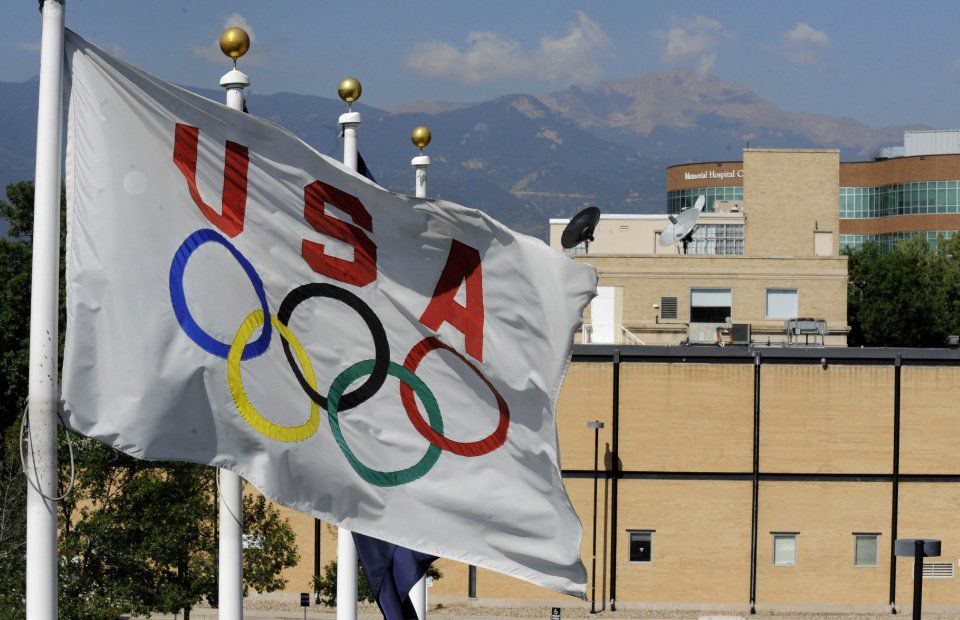 A flag symbolizing the United States Olympics flies over the entrance of the Olympic Training Center (File photo by Jerilee Bennett, The Gazette)

A flag symbolizing the United States Olympics flies over the entrance of the Olympic Training Center and the current headquarters of the USOC in Colorado Springs on Thursday, August 20, 2009. (The Gazette/Jerilee Bennett)

A flag symbolizing the United States Olympics flies over the entrance of the Olympic Training Center (File photo by Jerilee Bennett, The Gazette)

All but one of 22 sports federations under the U.S. Olympic Committee in Colorado Springs earned D's and F's in a University of Colorado study that graded them on factors including transparency, internal policies and safety.

The study, from CU's Sports Governance Center, found that only U.S. Track and Field earned a C. The rest of the group saw their grades plunge based on secrecy, a lack of democratic practices and a lack of checks and balances to keep athletes safe.

The study, released late last year, evaluated organizations overseeing 22 of 47 Olympic sports. On Feb. 28, Scott Blackmun, the CEO of USOC who has been battling prostate cancer, resigned amid a cloud of sexual assault scandals hitting the Olympic movement, with hundreds of athletes in sports including swimming, taekwondo and gymnastics saying sports leaders mishandled or ignored reported attacks.

The CU study was led by Roger Pielke Jr., who heads the Sports Governance Center, one of the few academic establishments examining how sports are run rather than how athletes perform. He said examining bylaws rather than medal counts isn't something that's drawn a crowd of researchers.

"Historically we haven't paid as much attention to sports organizations as we do to other parts of society," he said.

But that's changing. The new interim boss at the Olympic committee, Susanne Lyons, has called on Congress to give the USOC more power to police the sports organizations.

And lawmakers say they're eager to take steps that will clean up Olympic sports. Denver Democratic U.S. Rep. Diana DeGette said hearings into the sexual assault scandals and USOC's role are expected soon before the House Energy and Commerce Committee.

"It is the job of my committee to investigate not just what happened but what procedures should be put in place," she said.

DeGette's committee has sent letters to the Olympic Committee and more than 40 national governing bodies that oversee Olympic sports seeking information on policies and practices.

The lawmakers are looking at changes to the 40-year-old Stevens Act, which established the USOC as a federally-chartered nonprofit and governs its relationship with individual sports.

The sensational trial of former USA Gymnastics physician Larry Nassar, which drew scores of women claiming they had been assaulted, has driven Congress to act, DeGette said.

"Frankly this Nassar case is the worst sexual abuse scandal we have had in all of sports," she said.

"When it comes to sexual assault anyone that knew about abuse allegations and did nothing or knowingly covered up allegations was complicit and must be held accountable," he said in an email. "Specifically, to Nassar, what he did to hundreds of people is something only a despicable human could even contemplate doing."

Just what should be done remains in question.

It is a conundrum that Pielke said could put the otherwise obscure field of sports governance into the spotlight.

"All of the sudden, the Stevens Act that has been around for 40 years is suddenly relevant and being discussed," he said.

At the core of the Stevens Act is a mandate that gives USOC the power to charter sports governing bodies. While the act gives broad outlines empowering USOC, it offers few specifics on how USOC should police the sports it charters.

Whether USOC should have done more to prevent assaults, and was empowered to do so, remains up for debate. The issue for lawmakers going forward is whether they should legislate the Olympic committee's role in stopping future assaults.

"The relationship between the national governing bodies and the USOC under the Stevens act is one of autonomy," Pielke said. "This has proven problematic in the case of gymnastics."

With few formal rules in the act, when issues such as sexual assault arise, there's no legal requirement for sports such as gymnastics to bring the issue to Olympic bosses or to take other steps to protect athletes.

While the law allows USOC to resolve eligibility disputes, it doesn't directly regulate those who serve in the sport and offers no specific method to ban people who prey on athletes.

In the legislative vacuum, Pielke's study found the sports governing bodies have largely fallen short on issues including transparency, democratic processes, checks and balances along with "solidarity" - a category that measures how the sports respond to athletes and the wider community.

"These organizations haven't been the focus of good governance," Pielke said. "We're hopeful that by applying a standard metric, this can help them."

Pielke's study looks at wide issues, including whether the sports governing bodies conduct their business in public and how they elect their leaders.

"We're looking at pretty high-level stuff," he said. "We only scratch the surface."

He said American sports organizations largely outperform their international rivals in the governance measures, but still get poor marks, with the 22 he examined averaging a grade of D-.

Compared to other nonprofits, the sports groups fall short in management practices, he said.

The shortcomings have led USOC in Colorado Springs to launch a review of how sports are governed.

"As the leader of the U.S. Olympic and Paralympic movements, we must ensure that our governance structure unequivocally provides the USOC with the ability to oversee and act when necessary to protect athletes," Lyons said last week, after taking over as interim CEO of the Olympic Committee.

That review will need to go fast to keep up with Congress, which has shown rare bipartisan willingness to step in amid the sexual assault scandals gripping Olympic sports.

"USOC is a congressionally chartered organization, and I wholeheartedly agree this situation demands Congress' attention," Lamborn said in an email. "I will work to uphold justice and ensure that we provide more oversight and accountability to prevent abuse."

Known as one of the most conservative lawmakers in Congress, Lamborn is so motivated he's willing to take ideas from one of its most liberal Democrats.

"One good step in the right direction is Sen. Dianne Feinstein's bill that Congress has passed and that I supported," Lamborn said. "It requires amateur athletic groups to immediately report sex-abuse allegations to law enforcement."

Mississippi Republican U.S. Rep. Gregg Harper, who is leading the Energy and Commerce Committee investigation into USOC, said the congressional focus on sports oversight isn't something that will fade quickly.

"The incidents of sexual abuse towards young athletes within organized sports are deeply disturbing," he said in an email. "This committee is now in the early stages of a lengthy and widespread investigation of multiple institutions, including the U.S. Olympic Committee and USA Gymnastics. We intend to hold a hearing in the near future."

The congressional focus on policing sports is rare for lawmakers who usually stand on the sidelines and cheer, Pielke said. Digging into how sports are governed has long been seen as a topic with more risk than reward for politicians, he said.

"If you are a member of the Colorado delegation do you really want to open what could be a long-term can of worms?" Pielke asked.

But the public outcry has motivated lawmakers and the Olympic committee to pursue changes.

DeGette predicts rapid action from USOC to clean up its ranks.

"I'll bet you the USOC will move much more quickly in enacting tougher oversight and regulations," she said.

And that starts with fixing how the sports are governed, Pielke said.

"This is why it is important to have good governance practices," he said. "It's like a life preserver: you don't need it until you really need it."