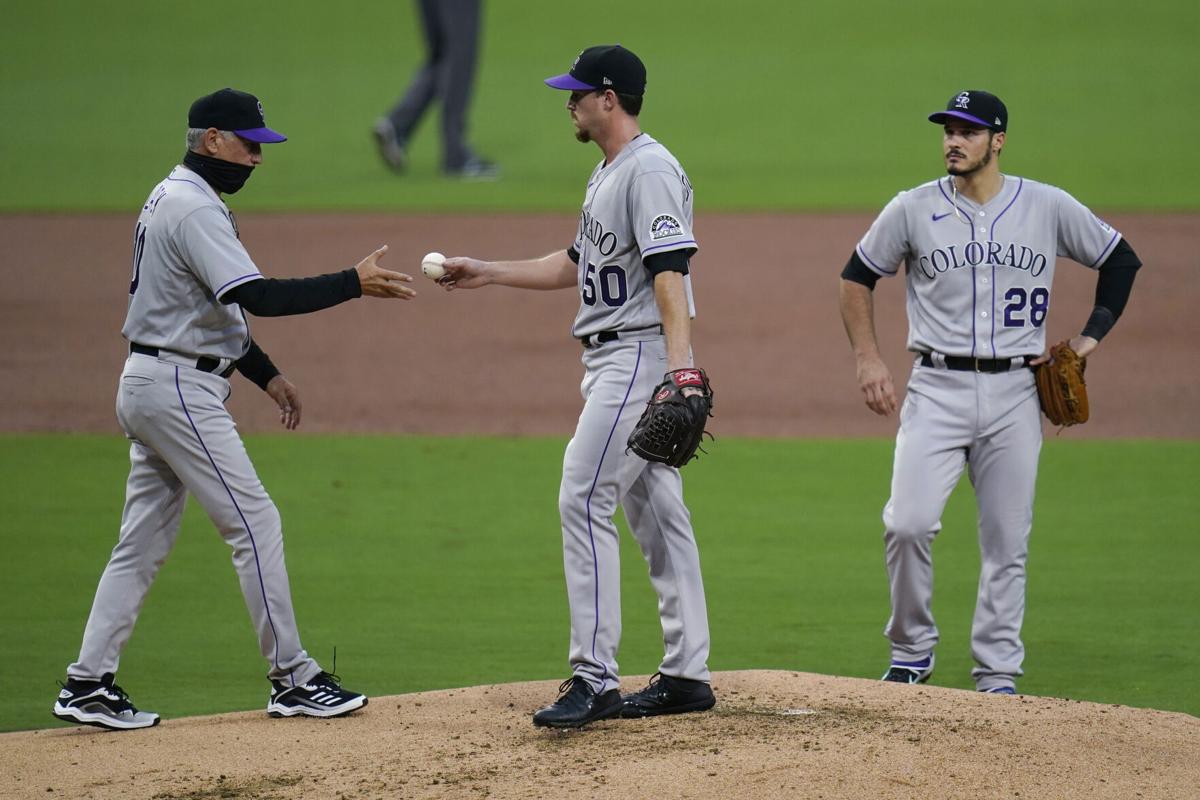 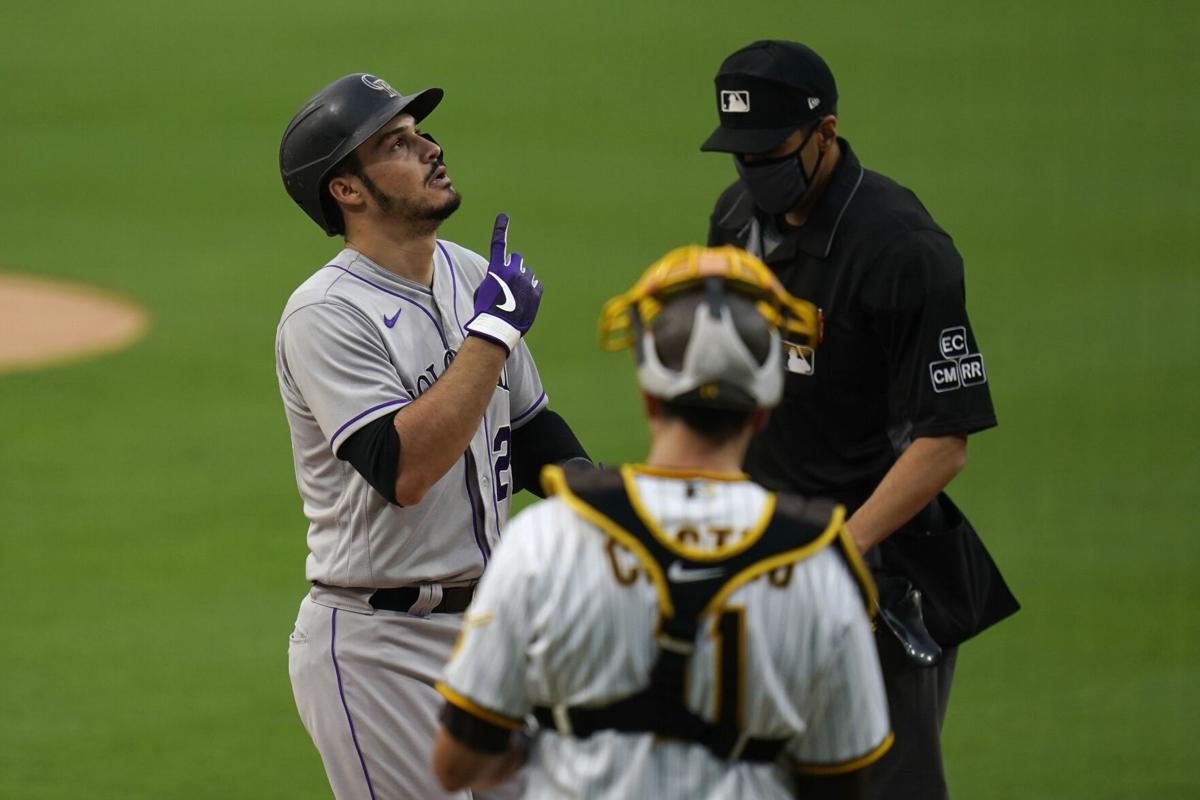 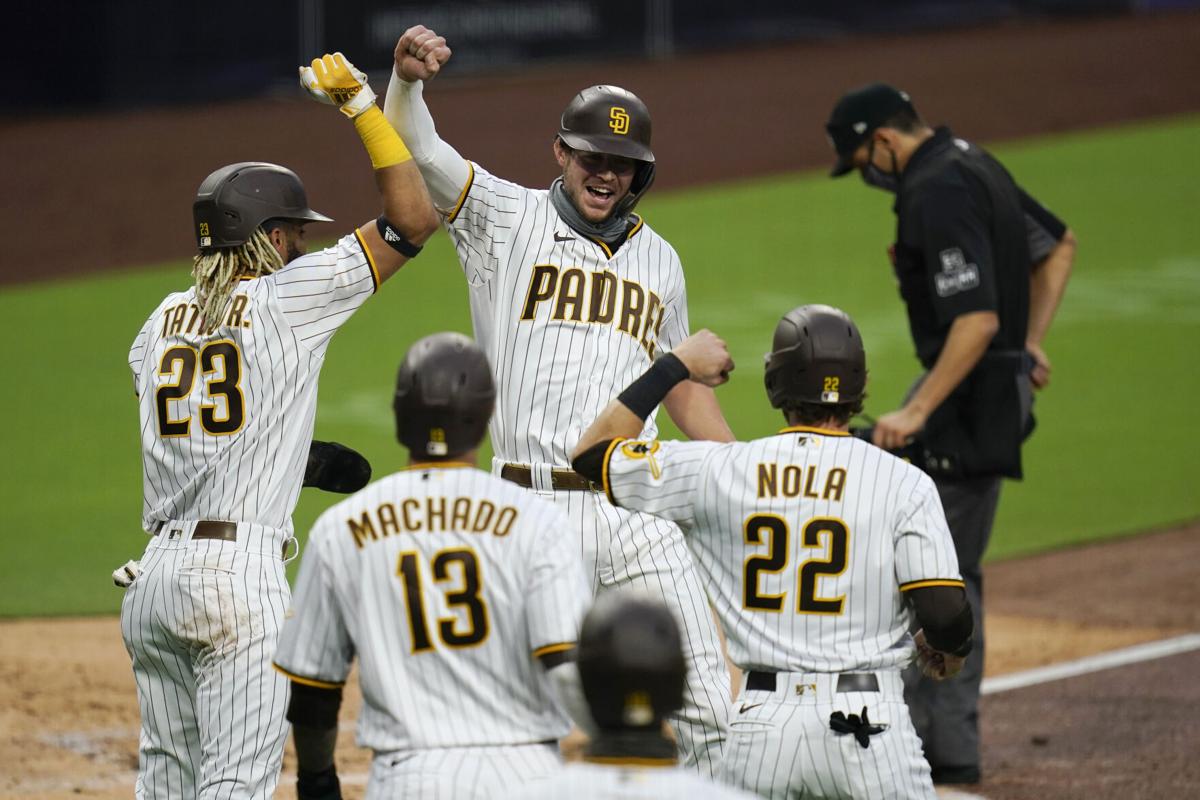 Well that was a strange, steep fall.

The Rockies jumped ahead with a three-run Nolan Arenado home run before things quickly imploded in a game San Diego won 14-5.

The collapse began with one of the strangest pitching lines imaginable. Colorado starter Chi Chi Gonzalez walked the first three batters he faced, then recorded a strikeout, then hit a batter.

Rockies manager Bud Black then lifted Gonzalez and replaced him with Jose Mujica, who was making his major league debut. Mujica’s second pitch was hit for a grand slam down the right-field line by Wil Myers — “Slam” Diego’s league-leading seventh grand slam of the season.

Since three of those runs were charged to Gonzalez, his final line was four earned runs and no hits in one-third of an inning without allowing any of his 31 pitches to be put into play by the Padres.

"It looked as though he was trying to throw strikes and just couldn’t," Black said.

Arenado, whose home run was his first this season on the road, later added a double as he posted one of the few positive nights for the Rockies. Matt Kemp also had two hits and drove in a run.

Assuming San Diego held its large lead, the Rockies were on track to lose their fifth game in their past six against the NL West rivals and sink back to two games below .500 — matching the low point of the season.

Speaking of strange, steep falls, Colorado started the season 11-3 and has gone 9-19 since (assuming Tuesday’s score held up). Also, this road trip started with a rare series victory in Los Angeles over the Dodgers before hitting the skids in San Diego.

The teams will play for the final time of the season on Wednesday. The Rockies are scheduled to start Antonio Senzatela (3-1, 3.33 ERA), while the Padres will look for a three-game sweep behind Zach Davies (6-2, 2.23).

It took until the bottom of the ninth for a team to string together consecutive hits, and that’s all the Padres needed to eke by the Rockies.