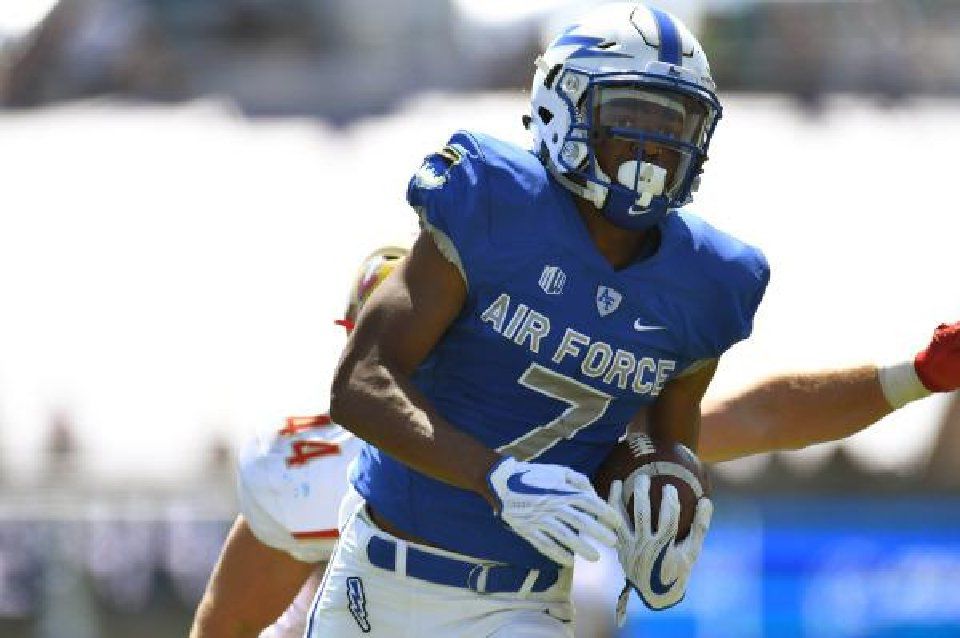 Geraud Sanders sprints for a 57-yard touchdown reception during a game in 2017. 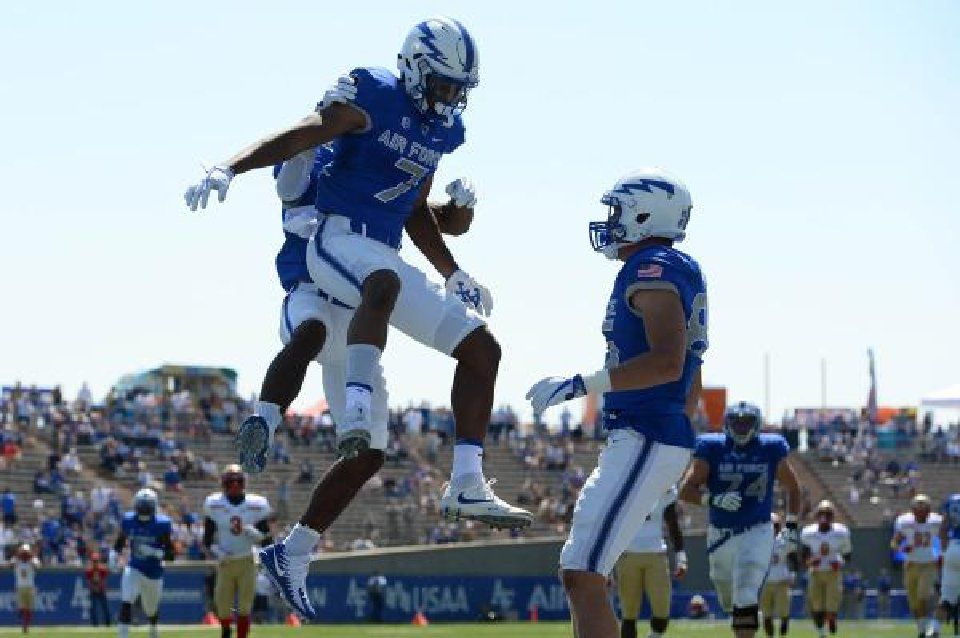 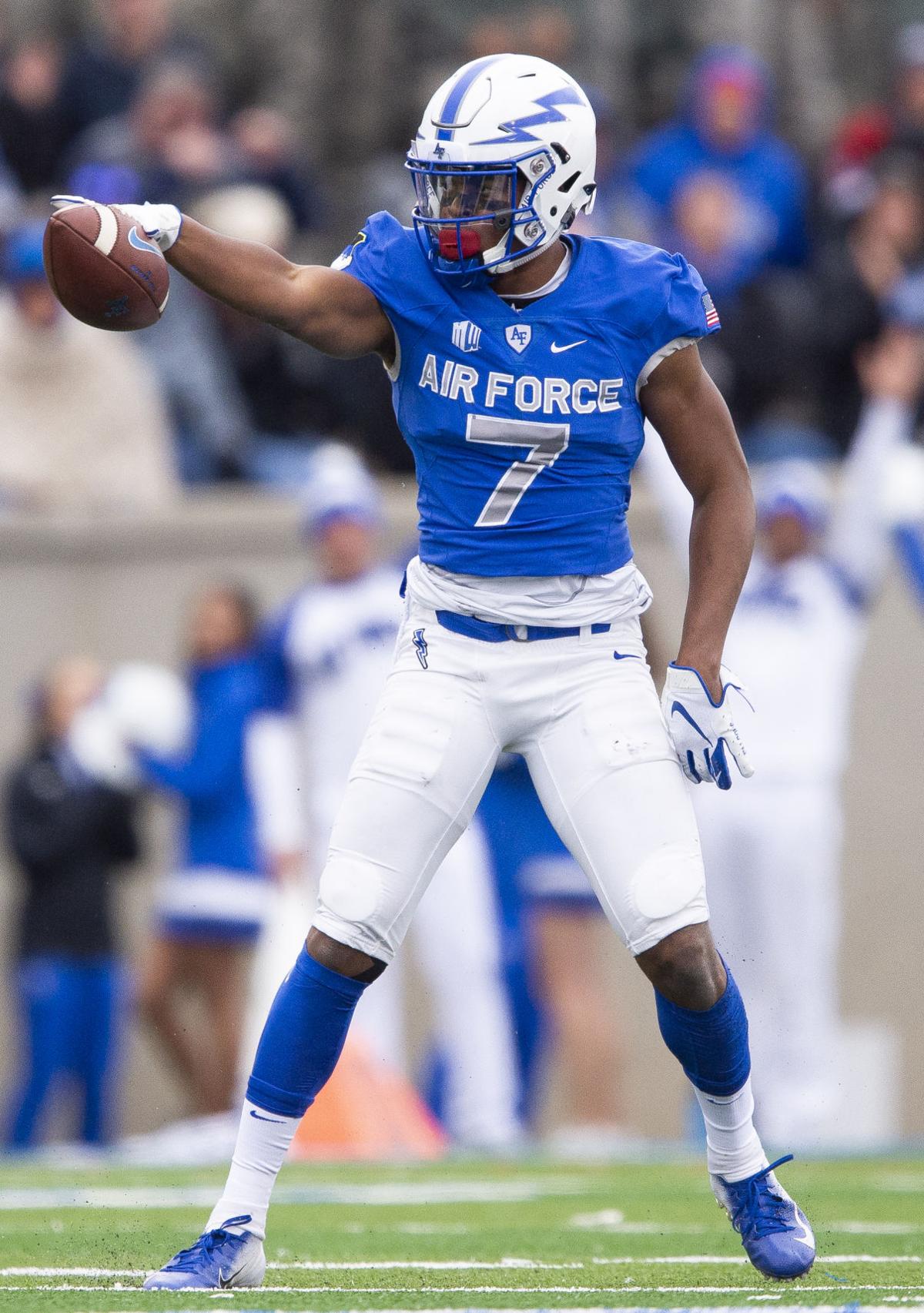 Air Force Falcons wide receiver Geraud Sanders (7) points down field after completing a first down against the Navy Midshipmen at Falcon Stadium at the U.S. Air Force Academy on Saturday October 6, 2018, in Colorado Springs. (Dougal Brownlie, The Gazette) 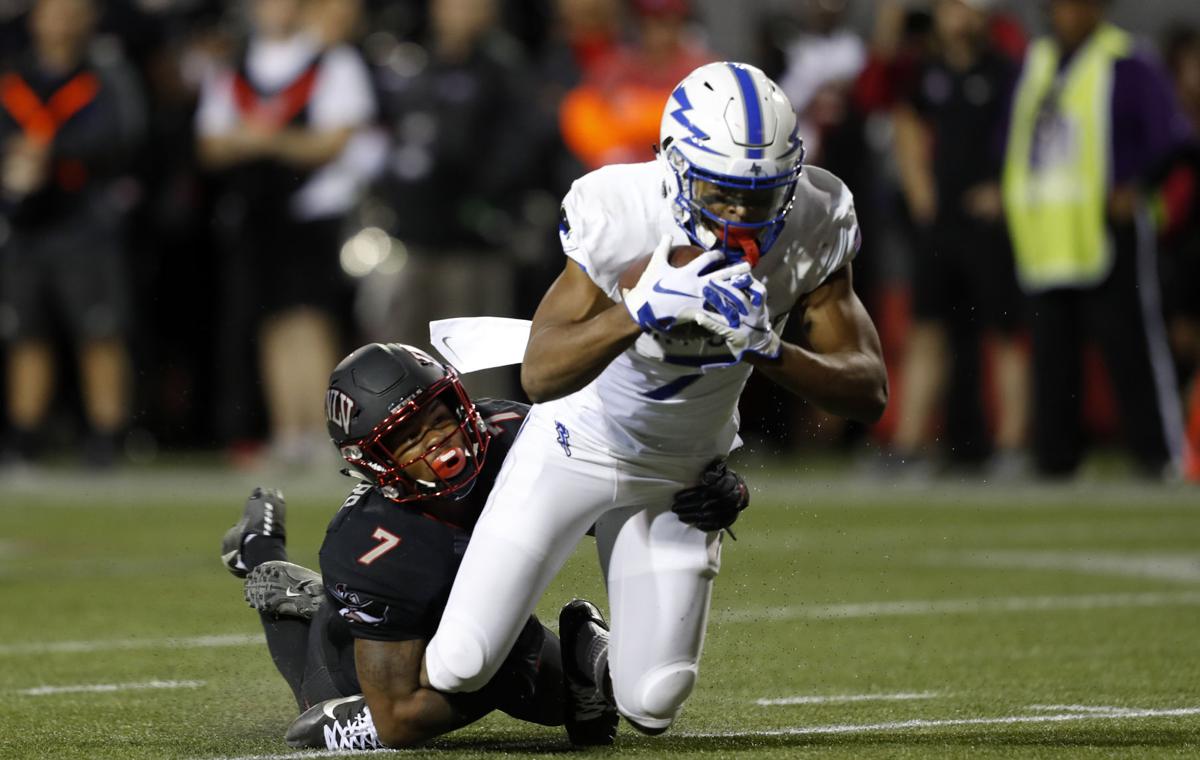 Geraud Sanders sprints for a 57-yard touchdown reception during a game in 2017.

Air Force Falcons wide receiver Geraud Sanders (7) points down field after completing a first down against the Navy Midshipmen at Falcon Stadium at the U.S. Air Force Academy on Saturday October 6, 2018, in Colorado Springs. (Dougal Brownlie, The Gazette)

This time it was a teammate’s knee to the helmet.

It’s always been something for Geraud Sanders. But no more, he believes.

Two years ago, Sanders had a shot to break the starting lineup as a sophomore. But then Marcus Bennett, a year older, came along with a knack for getting open and catching everything his way. Bennett caught 43 passes over the past two years, Sanders – mostly the top backup – caught 23.

This past spring, with Bennett prepping for graduation, Sanders was positioned to monopolize first-team reps. Instead, he found himself sidelined with a hand injury.

The resulting concussion thrust him back to the sidelines while sophomore David Cormier slid to the first team.

The concussion symptoms are now gone.

Cormier will sit out at least one game – maybe more – after losing his good standing as a cadet.

“I think we would have been a very dynamic duo,” Sanders said. “I’m excited to see what we can do when he gets back.”

This isn’t how Sanders wanted this to happen, and he calls Cormier a good friend. But maybe now, at last, there won’t be one more thing blocking his path to regular playing time.

“It was frustrating a little bit,” Sanders, a 6-foot-2, 210-pound native of Frisco, Texas, said of the setbacks with his hand and head in recent months. “You learn at this school that you can control what you can control. Other than that, you just keep pushing and you give it the best you can.

“Every day you can get better at something, even if you’re not there.”

One key teammate said Sanders is poised for a banner season.

“I think this is going to be a breakout year for him,” quarterback Donald Hammond III said. “The last few years he split reps with Marcus and you haven’t seen what he’s fully capable of. I think this year he’s going to be really special. He can go up get the ball.

As a senior, Sanders knows this is his last chance to put together the kind of season he has hinted at with as he’s racked up 440 receiving yards and three touchdowns in his career.

“Has to. It has to. Breakout year,” he said. “I’ve been working too hard to not reap the benefits.”

How to watch Air Force football's season opener vs. Colgate

Air Force kicks off the season Saturday against Colgate. Check out our coverage leading up to the game.