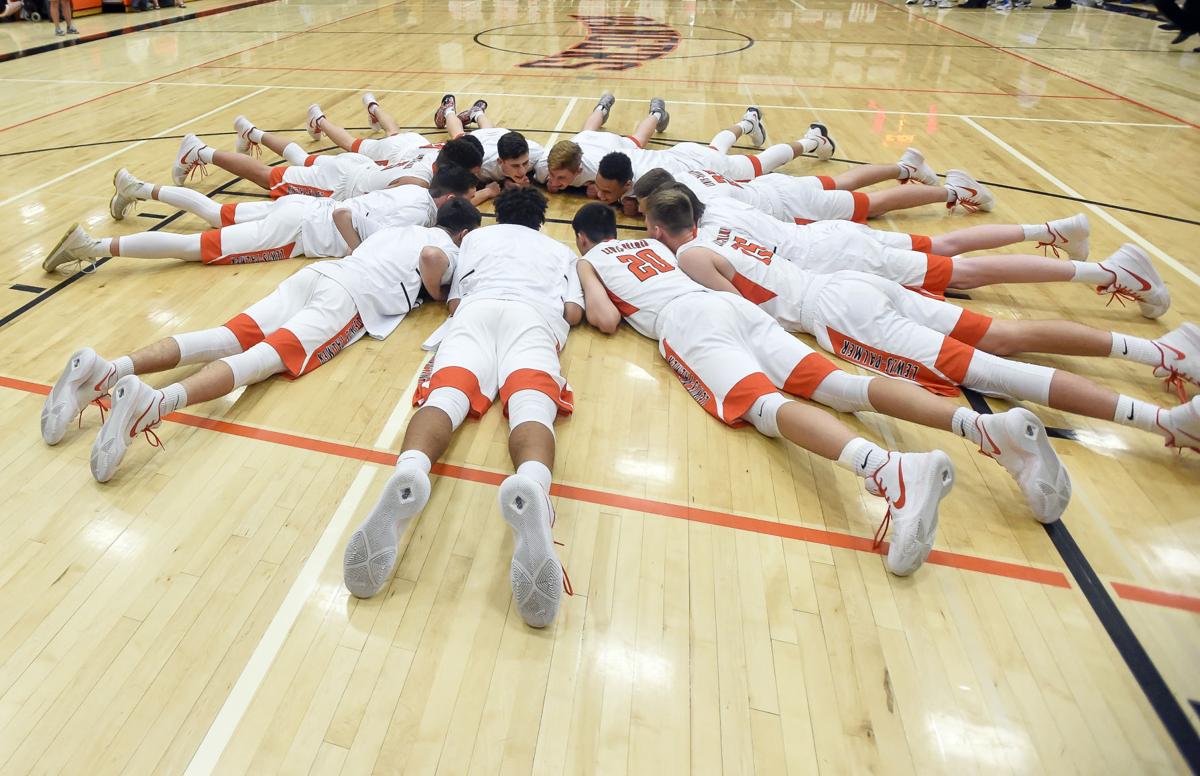 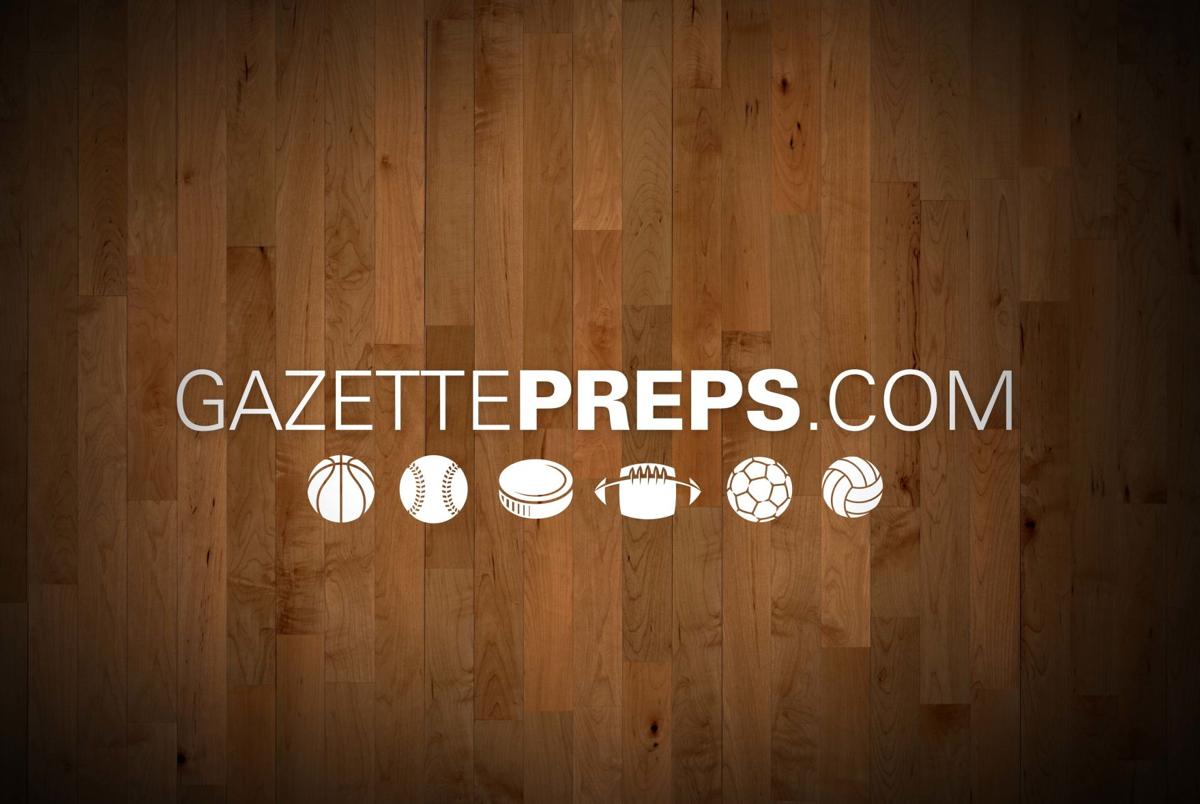 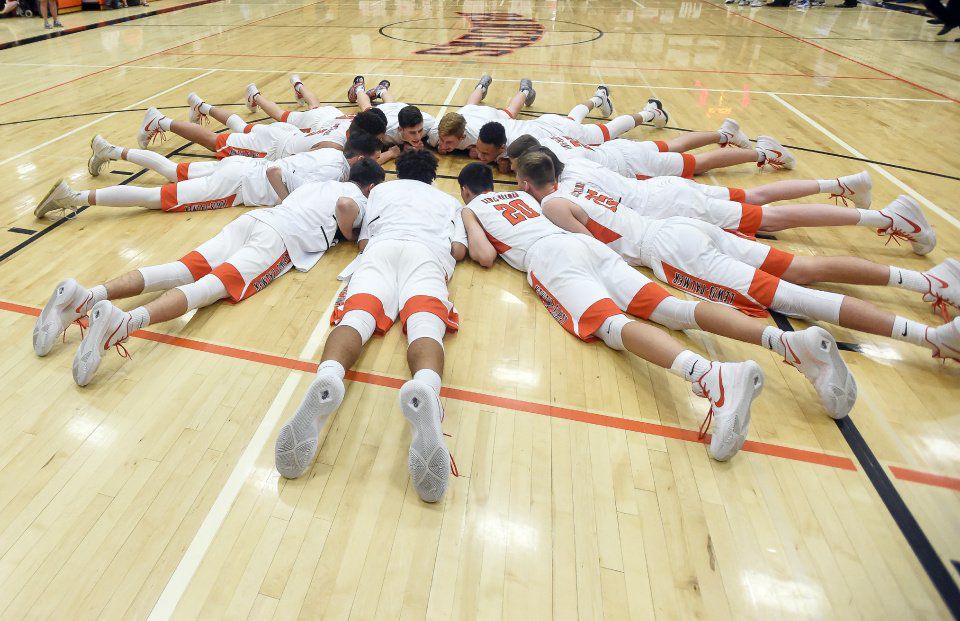 Scouting report: The Spartans advanced to Friday’s quarterfinal behind Joe Golden’s 13-point, 10-rebound double-double in a seven-point win over Cherry Creek, while ThunderRidge won its round of 16 matchup by 41 points. ThunderRidge is responsible for one of Doherty’s four losses, a 17-point win from early December. Golden, Kyrele Benford, Alijah Bates and DeMarious Carey all average at least 10.9 points for the Spartans. Kaison Hammonds leads the Grizzlies at 16 points per game.

Scouting report: The only inter-area matchup features a pair of teams riding lengthy streaks. Lewis-Palmer has won 10 straight, including Wednesday’s 11-point win over rival Palmer Ridge, while Widefield has won 15 straight after eliminating Silver Creek, 54-51. Joel Scott and Matthew Ragsdale lead the Rangers at 19 and 16.7 points per game, respectively, while Tre Pierre leads the Gladiators at 19.8 points per game with T.J. Davis averaging 15.5 points.

Scouting report: The Falcons may not be deep, but they are experienced and talented. Falcon has five players averaging at least 7.2 points, four of which are seniors. Reece Warren leads the bunch at 18 points per game, while Brendan LaRose posted 28 points with 14 rebounds in Falcon’s round of 16 win over D’Evelyn. Luke Johnson leads Longmont, which beat Windsor by three to advance, with 18.6 points per game.

No. 5 The Vanguard School

Scouting report: The Coursers enter the 3A state tournament after a district title and earned the right to host the first and second round. Junior Seth Fuqua has led Vanguard to six straight wins and averages 24.2 points, 6.1 rebounds and 4.2 assists, while sophomore Dominique Clifford is scoring 14.4 points per game. Green Valley Ranch has won 10 straight, including a double-overtime win last weekend. Stanley Owusu leads the Raptors, scoring 19.2 points per game.

Scouting report: The Lions are coming off a 12-point loss to Vanguard, which ended a seven-game winning streak. Kolby Walker and Noah Hopkins average 14.6 and 13.7 points, respectively, for CSCS. Grand Valley is coming off consecutive losses. Senior Kade Hurst leads the Cardinals with 17.9 points and 6.9 rebounds per contest.

Scouting report: The Pirates will get a Platte Valley squad that lost to Resurrection Christian and Strasburg - the No. 9 and 10 seeds, respectively - last weekend to enter the state tournament on something of a skid, while the Pirates beat Salida in their district finale. Gabe Calhoun leads four St. Mary’s players averaging at least 11 points with 13.4 per game. Platte Valley’s 6-foot-7 junior Bryson Becker averages a double-double with 16.7 points and 11.5 rebounds.

Scouting report: The deep and balanced Kadets ride a 21-game winning streak into the quarterfinals. Air Academy’s lone loss came on Dec. 8, while Evergreen has won its last seven, including Tuesday’s 23-point win over Lewis-Palmer. Mary Parchinski leads the Kadets with 9.6 points per game, while 6-foot-2 Claudia Dillon boasts averages of 16.2 points and 10.8 rebounds for Evergreen.

Scouting report: After a 23-point win in the round of 16, the Grizzlies get Pueblo West, whose only loss is to Fruita Monument, the top seed in 5A. Sophomore Hannah Simental leads the Cyclones at 18.2 points per game, while senior Olivia Lough averages 16.7 points and 7.4 rebounds. Mesa Ridge senior Chloe Welch enters the quarterfinals with averages of 15.7 points, nine rebounds, six assists and 2.3 steals, while junior Ashley Bowen averages a double-double. Sophomore Serin Dunne and junior Angelina Jackson each add more than nine points per game for the Grizzlies.

Scouting report: The Gladiators got 21 points and six rebounds from Charisse Fairley in Tuesday’s upset of second-seeded Holy Family. Up next for Widefield is a trip to Golden where senior Makena Prey leads the Demons with 19.6 points, 11 rebounds, 3.5 assists, 2.1 steals and 2.1 blocks per game. Two other Golden girls average at least 11.6 points.

Scouting report: The Stallions are the highest seeded team left in the 4A field after dropping Windsor, the fourth seed, by five points on Tuesday behind 24 points, 14 rebounds, four steals and three assists from senior Aubrey Robinson. Sophomores D’nae Wilson and Azaria Lacour added 12 and 10 points, respectively. The Colts also reached the quarterfinals via upset after beating No. 5 Valor Christian 52-47 behind Gabi Lucero’s 16 points.

Scouting report: The Pirates will take the court for the first time with a loss on their record Friday but will have the luxury of playing at home. Roaring Fork enters having lost four of its last six games. Logan Erickson is the Rams’ only scorer averaging more than 10 points per game. Josephine Howery (14.5), Makenna Bodette (12.0) and Seneca Hackley (10.0) post averages in the double figures for the Pirates despite having playing time limited by frequent blowouts.

Scouting report: The Mustangs had three scorers reach 15 points in their district finale, a 10-point overtime win over Buena Vista. Senior exchange student Maren Mildestvedt and junior Caileen Sienknecht have proved to be a sturdy 1-2 punch for Manitou Springs, scoring 16.5 and 12.3 points per game, respectively. Sophomore Aniah Olson, who averages 4.4 points, added 16 on Saturday. Faith Christian has lost back-to-back games and is led by sophomore Ashley Finch’s 8.4 points and 7.5 rebounds per game.

No. 22 The Vanguard School

Scouting report: The Coursers might be the most unlikely members of the 3A field after winning just three games a season ago. Freshman Alexis Garcia has led the turnaround, posting a team-high 14.8 points per game, while junior Bre Swann and senior Mia Jackson each average more than seven points. Vanguard will look to upset Jefferson Academy, which has 10 players averaging between 6.8 and 3 points. Senior Katie Thimsen led the Jaguars with 15 points in their previous game.