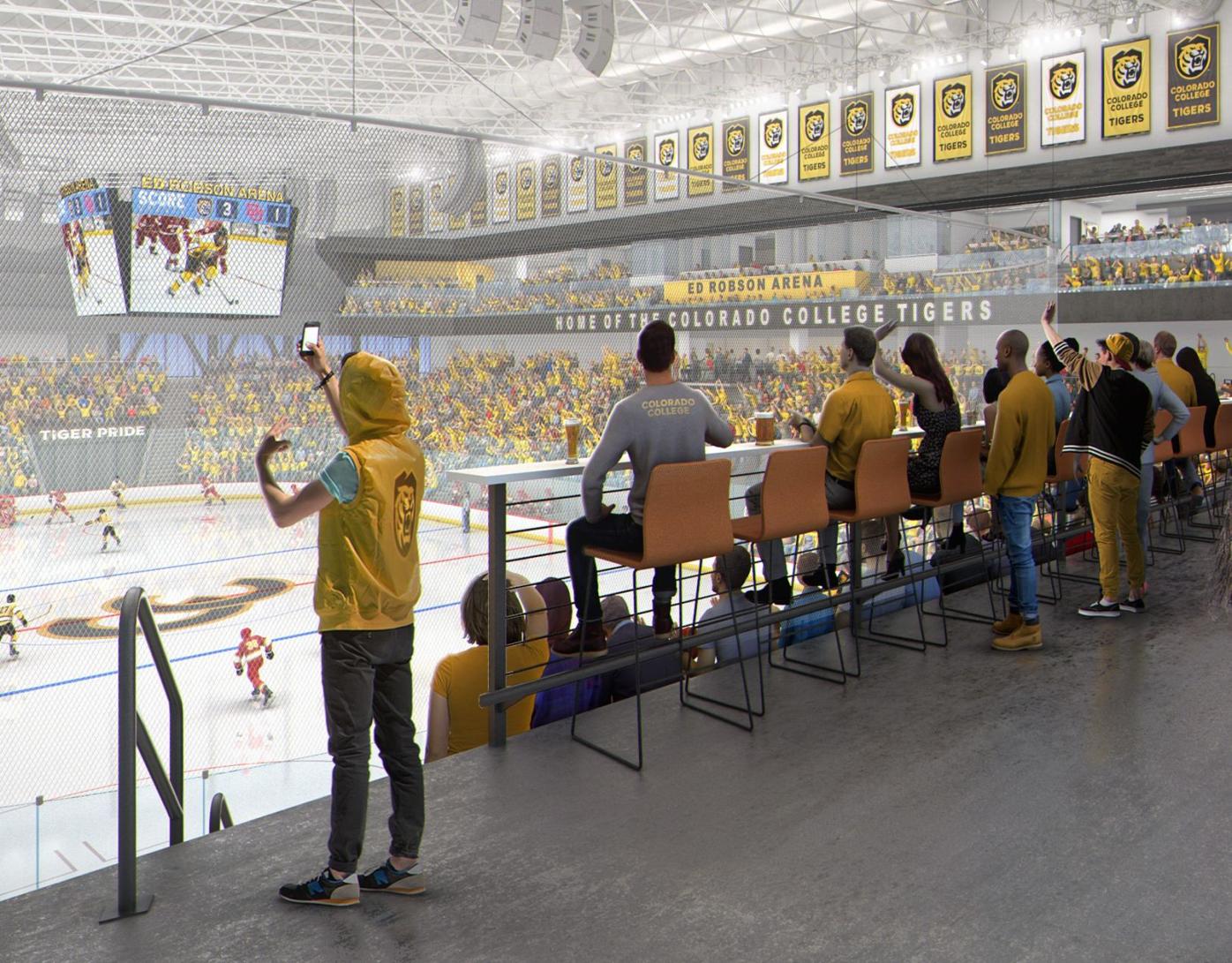 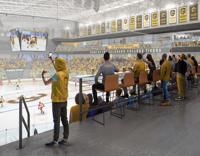 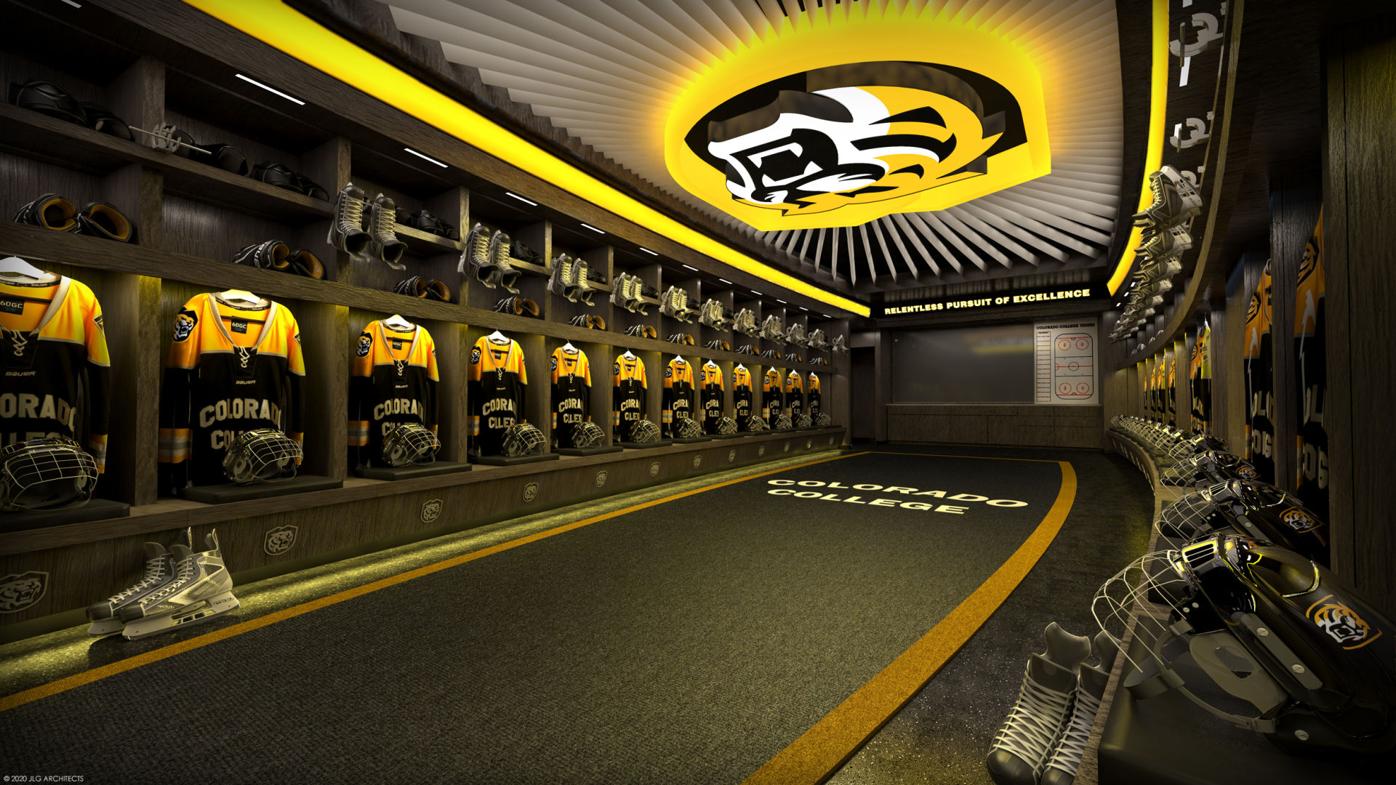 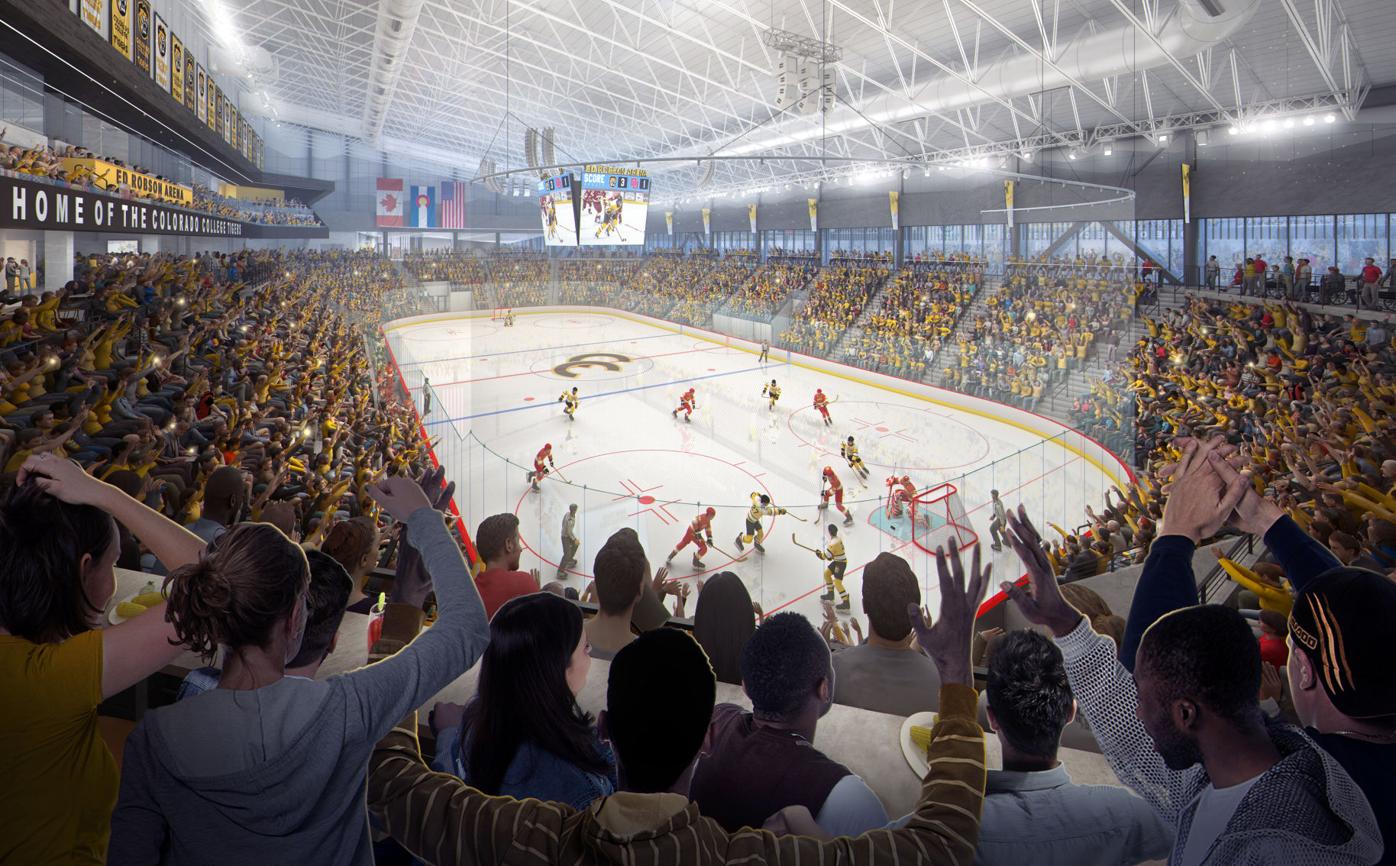 Though it’s eerily quiet downtown and at nearby Colorado College, construction is humming along at the future Robson Arena.

Workers are in the middle of pouring footings and walls. Vinnie Mattivi, senior project manager for Nunn Construction, said they’ll soon begin installing underground plumbing and electric. Structural steel is set to appear in May and the future arena will be “going vertical” in the next five months.

“No unforeseens as of yet,” Mattivi said. “It’s gone as smooth as it can be.”

As the foundation is laid, decisions are being made. The projected $52 million arena is set to open in October 2021.

“The way we’re looking at it is, we want a mini Pepsi Center,” CC associate AD for external operations Scott Lowenberg said. “We want an arena that’s great for fans, great for our college, great for recruiting.”

There are calls on lighting and sound systems, concessions contracts — Lowenberg said the offerings will be similar to what’s available at The Broadmoor World Arena, and the plans include alcohol — to the best glass and boards from a safety and visibility perspective.

Season ticket holders, as long as they renew, will have the opportunity to purchase season tickets in Robson Arena. Last year, Scott Lowenberg said CC stopped selling season tickets and there’s a waitlist of about 200 tickets.

The new arena will hold around 3,400 and Lowenberg said “a little over 2,500” season tickets have been sold. With a dedicated student section and team tickets to factor in, the available number drops.

But as some drift toward club and bar rail “top shelf” seats — a new offering at the top of the bowl on the concourse level — CC is “trying not to turn people away.”

'This is a big year': CC hockey coach Mike Haviland looks ahead

As a mini Pepsi Center, the center-hung scoreboard should include the best technology available — but only what the roof can bear and the space can handle. Anthony James Partners, an owner’s representative, AV and design consultant, has advised in that matter.

Parking was brought up again and again during a series of community meetings. The lot will include a parking structure, but construction won’t begin immediately as that space is needed for material storage.

The school is looking at buying private lots and deciding whether season tickets will include a parking pass or if it will be available for purchase, since Lowenberg said they don’t want to waste spots on fans who will walk or take shuttles. He said two shuttles are being eyed, one from Concept Restaurants and CC’s own.

Even though the coronavirus hasn’t yet altered construction, the effects entered discussions.

He’s drawn on his background working at Tulane University in New Orleans in the aftermath of Hurricane Katrina.

“You want to keep (sponsors) involved, because you know the future is going to be fine,” Lowenberg said. “You’ve just got to get past this time.”

'This is a big year': CC hockey coach Mike Haviland looks ahead

We learned early in March 2020 that it takes mere hours for the COVID-19 pandemic to change nearly everything.