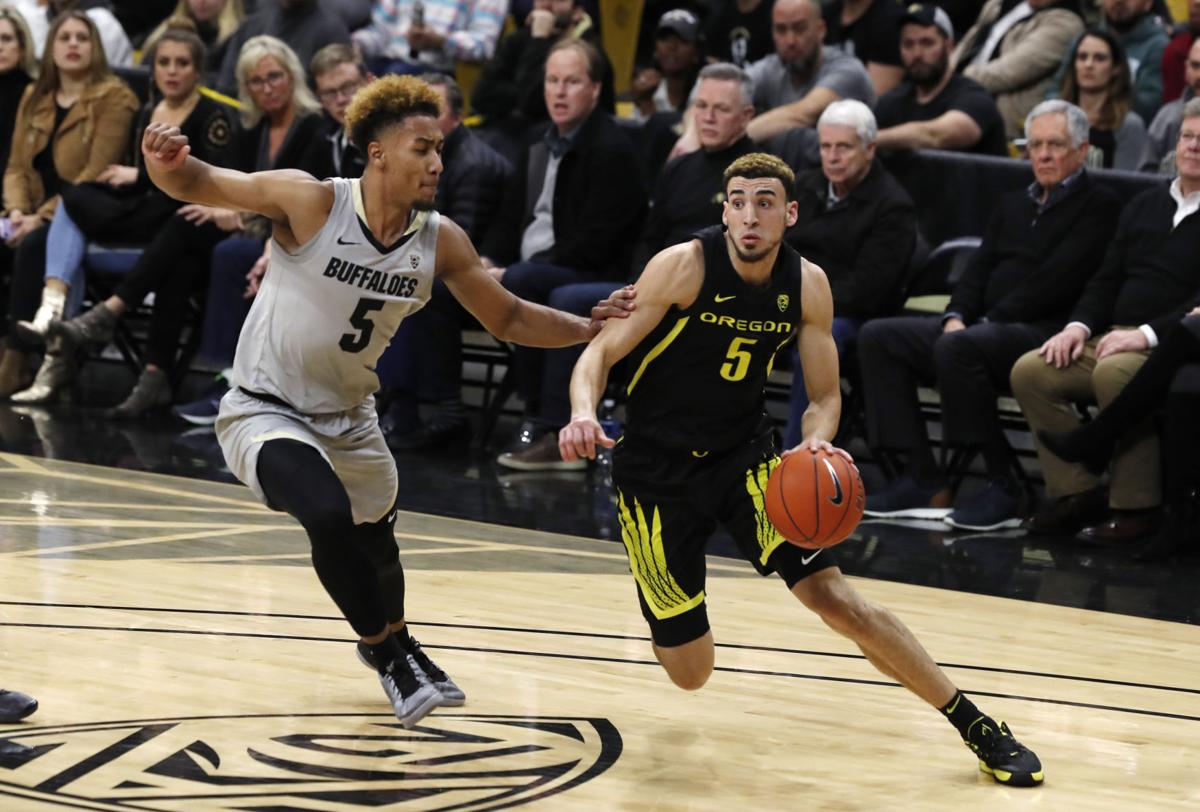 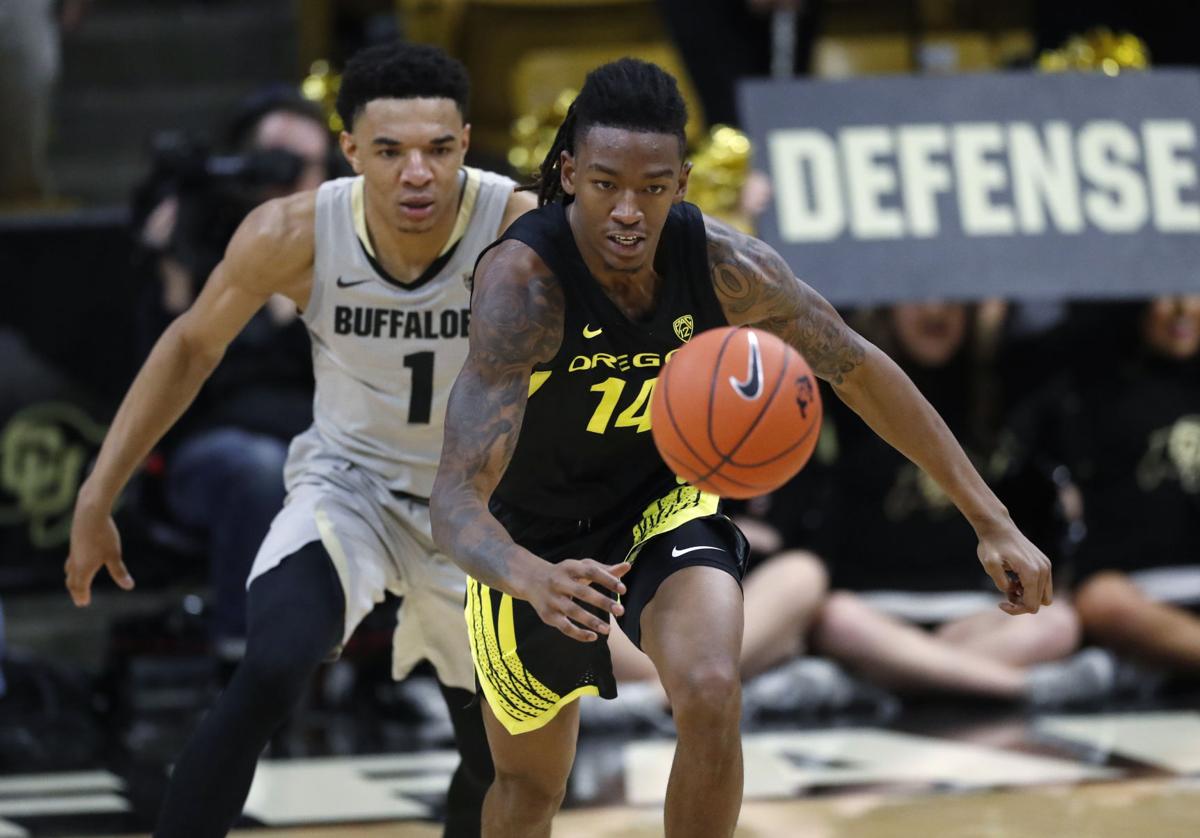 BOULDER — D’Shawn Schwartz couldn’t see through the rush of bodies.

Young bodies, old bodies, all kinds of bodies. One body wore a banana suit, another a cutout of Chip the Buffalo. After Colorado thumped No. 4 Oregon 74-65 in front of the largest basketball crowd here in four years — 10,770 bodies — it felt like every body in Boulder County stormed the court at CU Events Center.

“How crazy was that?” Schwartz was telling me.

Otherwise, Schwartz can see clearly now. The Sand Creek graduate is in a place — mentally, physically, spiritually — that every parent, coach, teammate or friend would want a great young man to be. He wore a smile before, during and after the Buffs’ second win over a Top 25 team. Watch the Buffs Sunday against Oregon State. You’ll see the smile. Can't miss it.

“I can’t say the same thing about myself from last year, or even my freshman year. And that’s not a basketball thing. That’s a life thing,” Schwartz said. “I think that’s really important — off the court — your mental state and how you view life. Everything translates. How you do one thing is how you do everything.”

And isn’t that partly what college is about — figuring out what works and what doesn’t?

"He's just really enjoying himself," said his father, Michael Schwartz. "It's been a lot of fun."

Schwartz had 13 points and the clinching 3-pointer with 1:12 left against the Ducks, who were cooked the moment they stepped off the bus. You could've dropped No. 1 Gonzaga, No. 2 Duke or No. 3 Kansas into the CU Events Center and they were getting the same rude treatment as No. 4 Oregon. Beat the Beavers on Sunday, and the Buffs will crack my AP Top 25 ballot and the Top 25 poll as a whole.

“I believe this team has a chance to do something special this year,” coach Tad Boyle said.

He’s right, and the Buffs should be in the running for the highest seed in the NCAA tournament in program history, anything above an 8. When the Buffs buy in to Boyle Ball — defend and rebound, or find a spot on the bench — it beats top-25 teams. The moody offense scares you, but lock-down defense travels.

“This team really has a connection — on the floor and off the floor,” Boyle said. “They really, really love each other and pull for each other.”

The personal evolution of Schwartz is why college basketball is the best. He struggled as an underclassman in Boulder, and hoops was only part of that equation. Life seemed ... heavy. That pesky accounting class was heavy. Sticking to a vegan diet was heavy. Now he’s crushing it again in the classroom with a 3.0-plus GPA in the Leeds Business School, and, at Christmastime, he’s scoring gift cards to Peckish, home of the best chicken wings in Colorado. Mostly, his outlook on the process changed. His smile's back. Can't hurt that he lives with Buffs good guy Evan Battey. That man could make the Grinch bust out laughing.

“I stopped looking at the bad things. I started focusing on the positive things,” Schwartz said. “I looked at what I needed to do to get better, to really enjoy this time in college. It only happens once. It’s been working out for me.”

McKinley Wright IV, the fearless point guard, is CU’s heart and soul. Tyler Bey, the jumping-jack forward, is the highlight reel. But these Buffs require the positivity and 3-point shooting of Schwartz, who is closing in on lofty territory.

How does one shoot 47.7 percent from 3 — when the rest of the team can’t shoot, so the defense zeroes in on the shooter? Last May, Schwartz forced himself to make 500 shots every day. June and July, he toned it down to 300. The buttery 3-point shot that beat No. 13 Dayton at the United Center didn’t just happen.

Schwartz made it happen.

“He worked. That’s the bottom line for D’Shawn. He worked at it,” said associate head coach Mike Rohn, who put in daily shot doctor sessions with Schwartz. "We didn't have to drag him to the gym. He wanted to be here. And he worked."

"It's fun right now. These guys are so much fun to be around. I'm just really enjoying everything," Schwartz said.

And it couldn’t happen to a better guy.