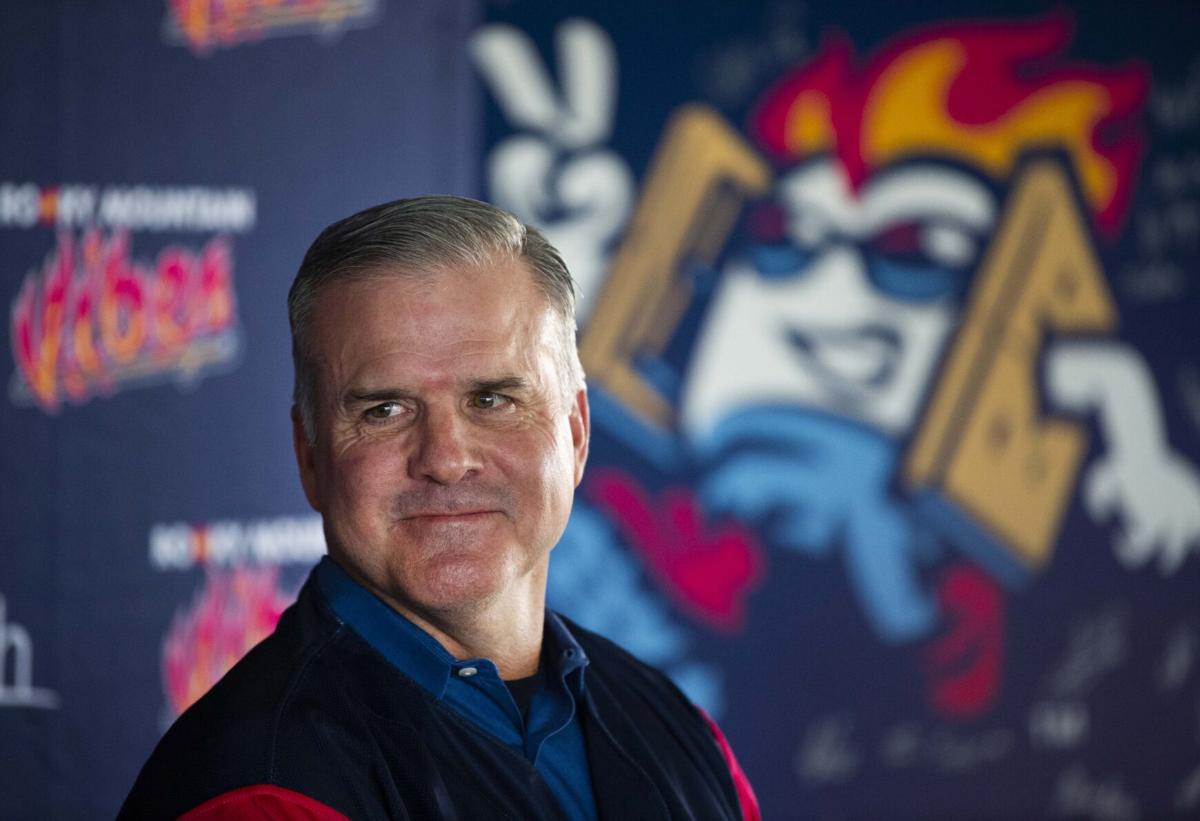 Dave Hajek answers questions during a press conference at UC Health Park Wednesday, Jan. 13, 2021, introducing the current University of Colorado at Colorado Springs head coach as the Rocky Mountain Vibes manager for 2021. Hajek will continue to coach the Mountain Lions team. Mark Lee has introduced as the club’s pitching coach too. (The Gazette, Christian Murdock) 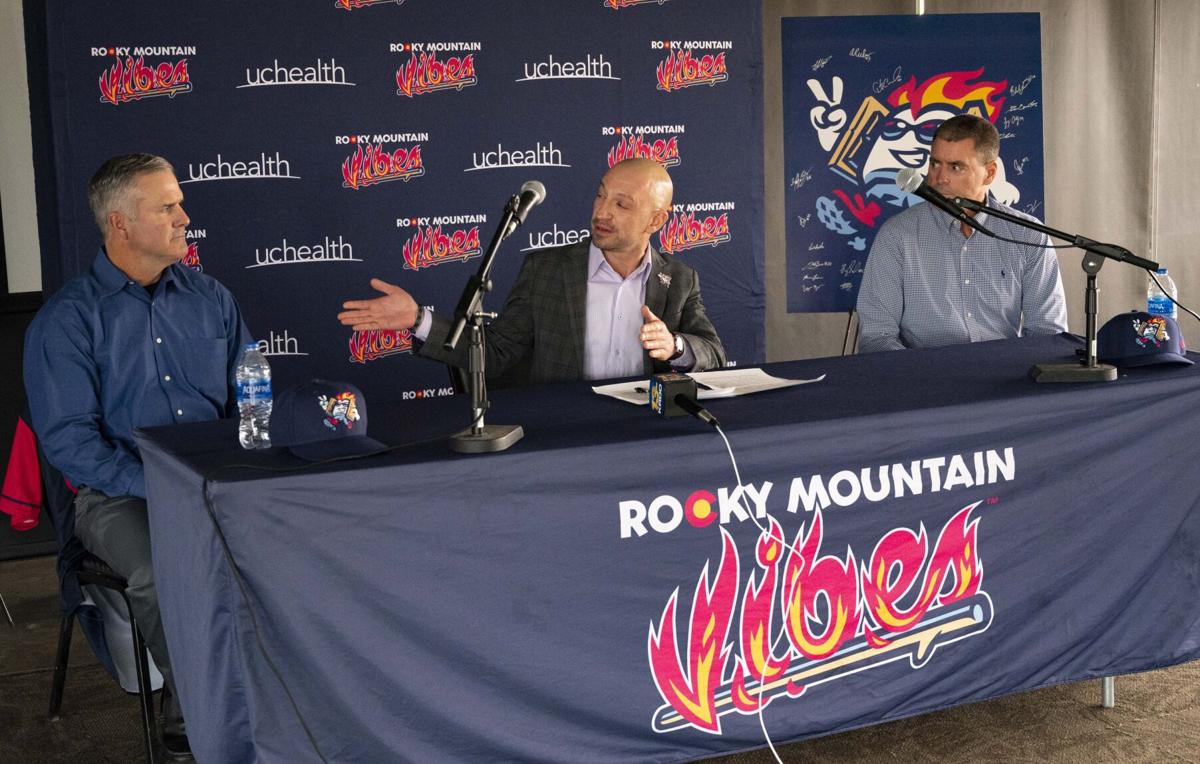 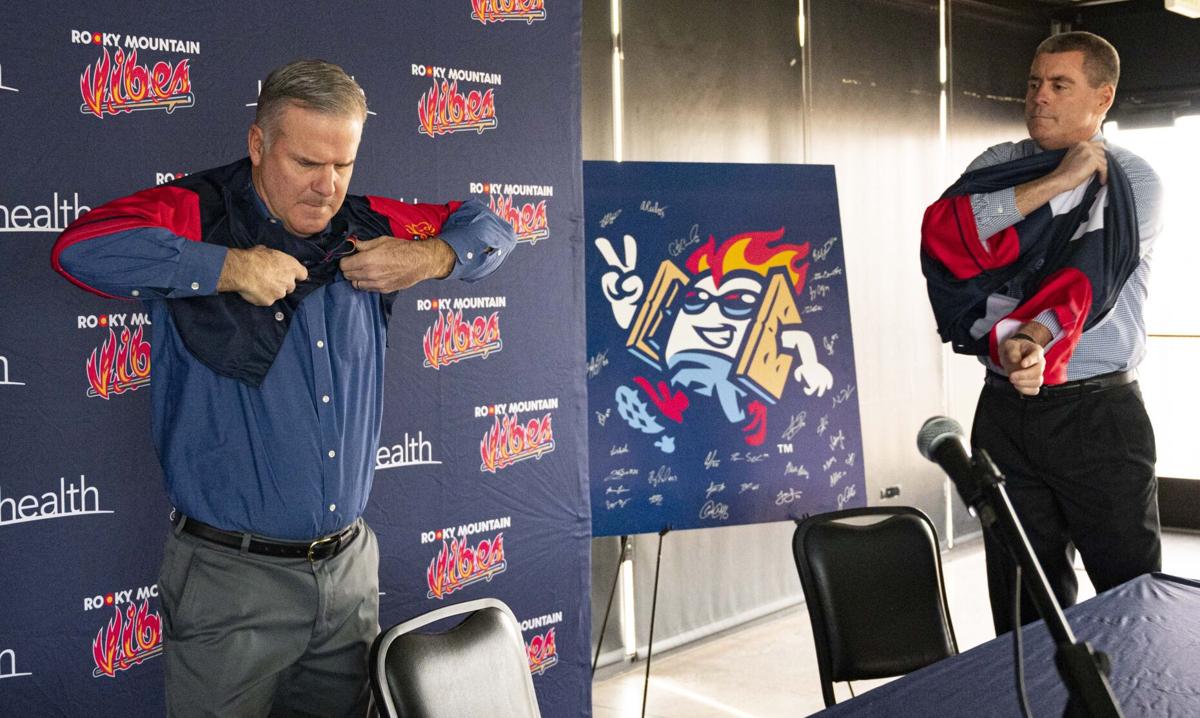 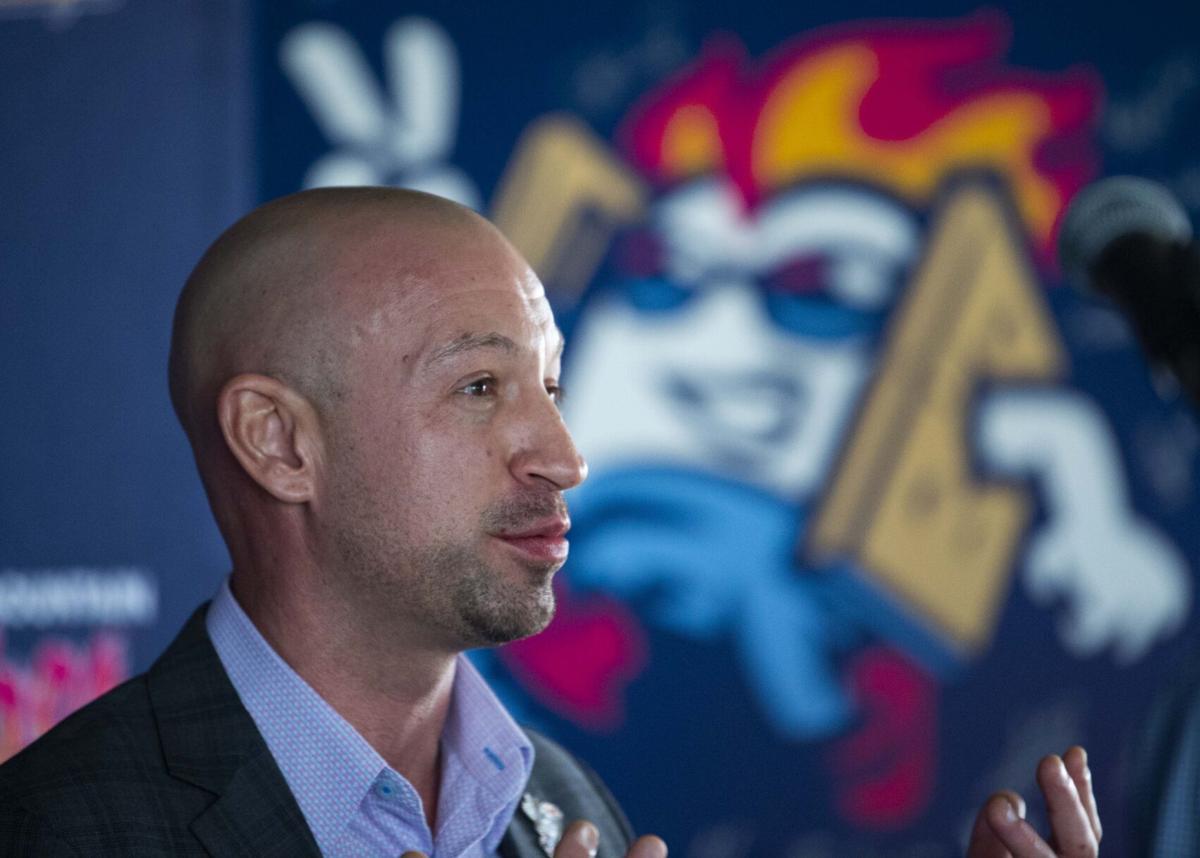 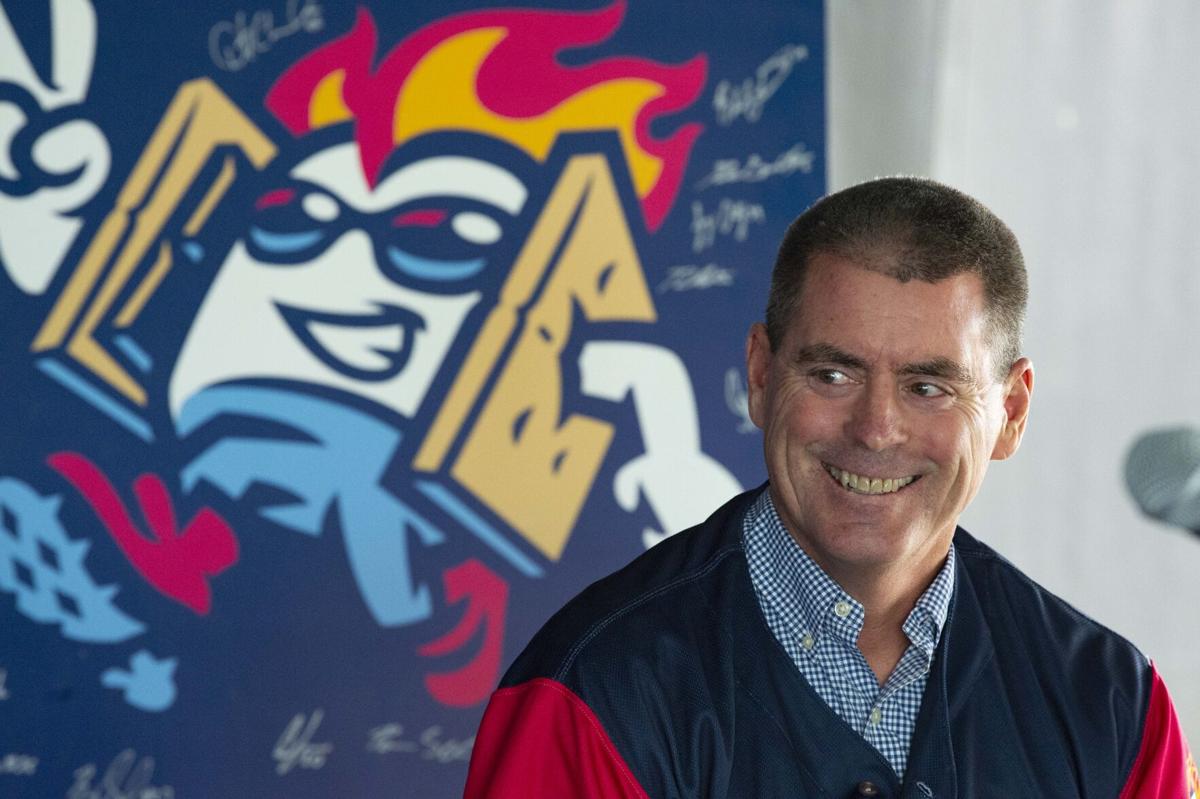 Dave Hajek answers questions during a press conference at UC Health Park Wednesday, Jan. 13, 2021, introducing the current University of Colorado at Colorado Springs head coach as the Rocky Mountain Vibes manager for 2021. Hajek will continue to coach the Mountain Lions team. Mark Lee has introduced as the club’s pitching coach too. (The Gazette, Christian Murdock)

The building of a new era of professional baseball in Colorado Springs will be in the hands of someone who has already constructed a team here in the city.

Dave Hajek was introduced as the Rocky Mountain Vibes manager Wednesday, a role he’ll perform in addition to the position he held as baseball coach at the University of Colorado at Colorado Springs.

Hajek has a long history in Colorado Springs, having lived here prior to a baseball career that saw him reach the major leagues with the Houston Astros in the mid-1990s and finish his playing days with the Sky Sox in 1999. He coached in the Colorado Rockies’ minor system and was assigned as the Sky Sox hitting coach in 2013.

He has been a private baseball instructor in the city for 20 years and four years ago helped start the program at UCCS as the team’s first coach. The Mountain Lions are 89-80 in his tenure.

“He was the first phone call I made,” Vibes president and general manager Chris Phillips said.

But Phillips was reaching out to perhaps the most connected local baseball figure more to pick his brain than to make a hire. The Vibes were left out of affiliated baseball when MLB downsized its farm system structure this offseason. As they begin play as an independent team in an MLB Partner League it will be the team’s responsibility to build its own roster — save for an undetermined number of roster spots filled with players on loan from MLB teams.

Affiliated teams, as the Sky Sox were as a Triple-A team from 1988-2018 and as the Vibes were in 2019 as a Rookie League team, are provided a roster and coaching staff from the MLB parent team.

As Phillips and Hajek talked, the realization came that the UCCS schedule and that of the Vibes would allow Hajek to lead both teams. And he’s bringing his UCCS pitching coach Mark Lee, who also has MLB experience and spent time with the Sky Sox, along with him.

To build a roster, Hajek said he’ll scout the Division II teams in UCCS’ Rocky Mountain Athletic Conference. He said he would also confer with coaches Mike Kazlausky at Air Force and Carl Iwasaki at Northern Colorado, providing firsthand accounts of the talent in regional Division I conferences. And he has connections throughout the game who will provide eyes and ears.

Hajek made it a point to thank his wife, Heather, “for allowing me this opportunity” that he acknowledged will take a considerable amount of time, particularly at the start as the roster remains a blank slate.

“It’s going to be challenging, but I love it here,” Hajek said. “There’s no place I’d rather spend my time than at a ballfield, helping the next generation of players. So I’m really looking forward to that.”

For Phillips, the addition of Hajek will allow him to focus on the fan experience side of the team’s operations while trusting the product on the field is in capable hands.

“I couldn’t be happier,” Phillips said while seated next to Hajek and Lee at an introductory press conference. “It takes a lot of weight and stress off my shoulders just to know we have the right people in place. Both outstanding members of the community. Lots of ties to Colorado Springs and to our organization. It just made a lot of sense.”

Hajek said his recent baseball experiences have come with different goals attached. In the minor leagues, there was always the balance of trying to win while focusing on player development to help the organization win at the top level. In Division II, there’s a balance of trying to win while also helping student-athletes on the path to a college degree.

With this job, the goal will be to field a team built to win and provide excitement to draw a crowd to UC Health Park.

New professional baseball structure coming to Colorado Springs | What will change and what won't?

The Pioneer League, which includes the Rocky Mountain Vibes, officially lost its development license with MLB and announced plans Monday to mo…