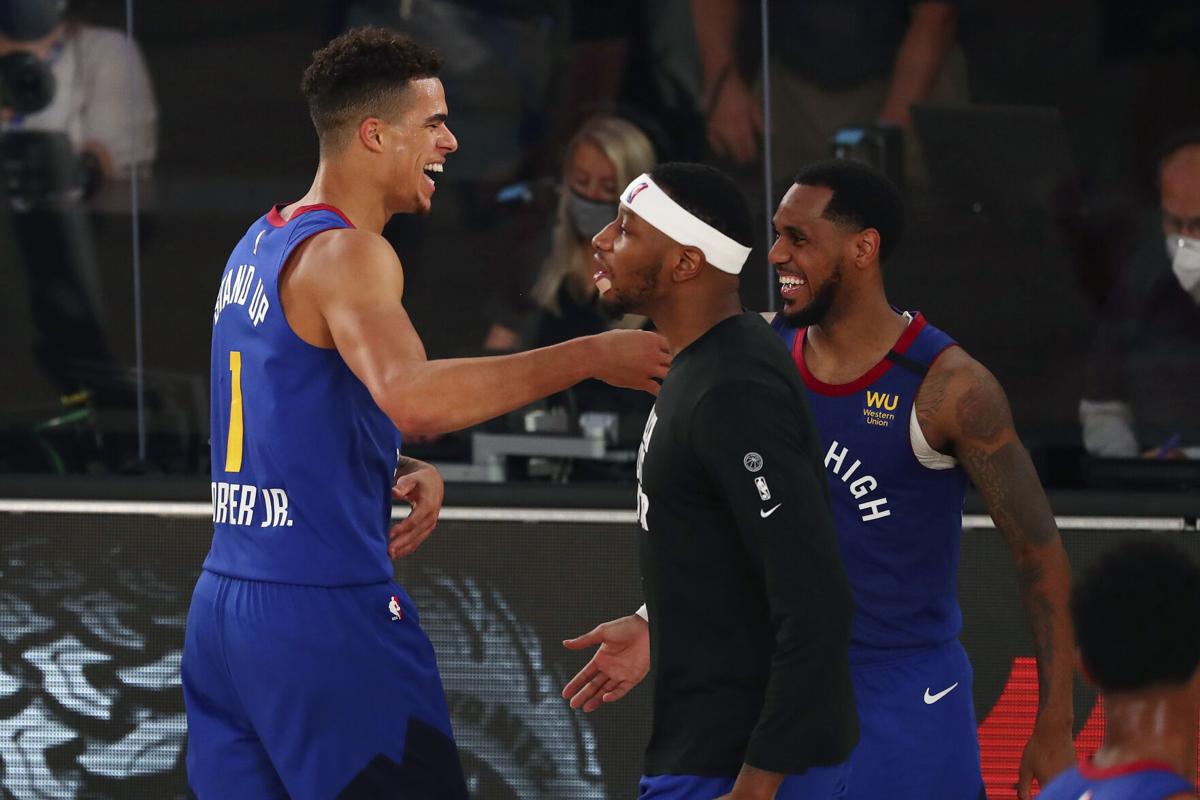 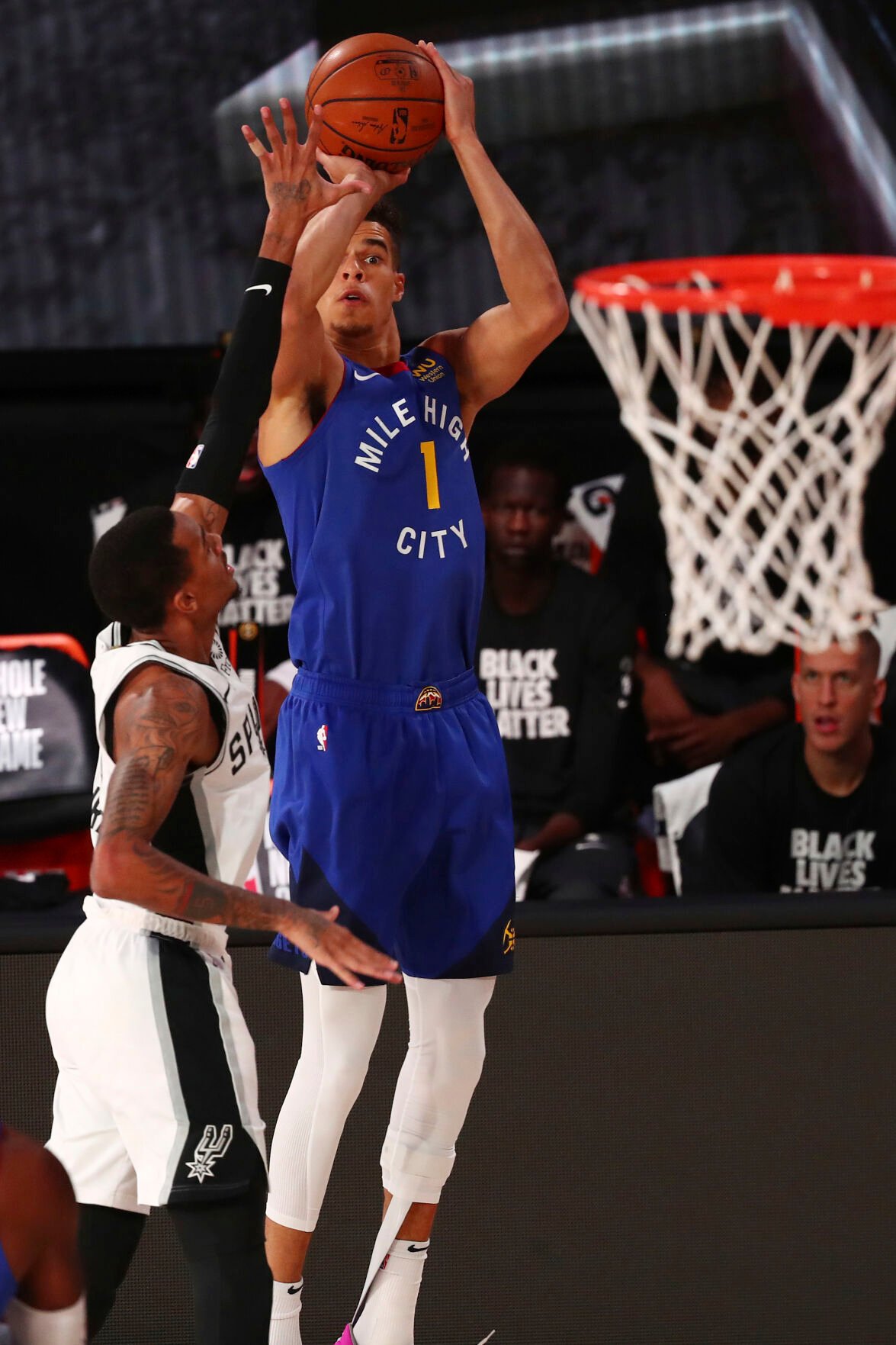 Michael Porter Jr. didn’t get a trip to Chicago in February with the rest of the NBA’s rising stars, but the Denver Nuggets rookie continued to make a strong case for future inclusion during the league’s August restart in Lake Buena Vista, Fla.

“The funny thing is — I thought about this today thinking about Michael Porter — Michael Porter was not selected to play in the Rising Stars Game this year,” Nuggets coach Michael Malone said after Porter’s 30-point, 15-rebound effort in Wednesday’s 132-126 win over San Antonio.

“Are you kidding me?”

Porter didn’t seem too bothered by the lack of an invite to the February exhibition during All-Star weekend after his second consecutive starring role in a Nuggets victory.

“I’m a different player right now than I was at that point, even though some people argued I should’ve been in the game,” Porter said. “I worked really hard during the break. We were off, and I think I came back a better player. I don’t even think about that.”

His primary focus these days is developing the consistency that can separate a promising player from a bona fide star. Monday, he scored a career-high 37 points with 12 rebounds in a win over Oklahoma City. Wednesday’s 15 rebounds and five 3-pointers — on nine attempts — gave him a few more career-best marks.

Porter’s ability was on full display early. He hit his first three 3-pointers and scored 10 points in the first four minutes, leading the Nuggets to a 16-4 lead.

“Even if I missed those first few 3s tonight, I was going to bring the energy. That’s a pre-set kind of thing I got to do every single game,” Porter said. “These games get long. The season gets long, but the great ones can be consistent with it and do it on a nightly basis. That’s my next step.”

The Spurs erased Denver’s early advantage, led at halftime and stretched the lead to six 90 seconds into the second half, forcing Malone to take a timeout after a defensive breakdown.

“From there, I thought things really kind of ... we found a rhythm,” Malone said. “Nikola started making shots. I thought Jerami Grant was terrific off the bench. P.J. Dozier was phenomenal tonight and Michael had another very good game scoring the ball, rebounding the ball. The third quarter was key.”

Jokic made three straight 3s of his own, helping the Nuggets regain the lead . He finished with 21 points, four rebounds and 11 assists, a handful of which ended in Porter buckets.

Grant and Monte Morris added 22 and 19 points, respectively, for the Nuggets, while Dozier finished with 12 points, five rebounds and eight assists. San Antonio was led by Rudy Gay’s 24 points, while former UCCS and Colorado star Derrick White put up 23 points and seven assists in a loss that hurt the Spurs’ playoff outlook.

Porter and the Nuggets will look to make it three in a row Thursday night against Portland, another team like San Antonio fighting for the final playoff spot in the Western Conference.

“Obviously, I’ve got to focus on recovery,” Porter said. “We’ve got another big one tomorrow, but (I) feel great.”

It's fair to say the Nuggets' coach feels similarly after the No. 14 overall pick in the 2018 draft continues to take steps toward stardom.

"He’s not just a one-trick pony. He’s not a guy that can just make jump shots," Malone said. "Michael is going to be a very good defensive player as he continues to get more and more game experience, but the shooting, the scoring and the ability to rebound are just phenomenal for such a young player who is still in his rookie season."

Nobody’s perfect, but Jon Gray must feel like he needs to be. In a season where most things have gone right for the Rockies, Gray has been on the wrong end of several breaks as was again the case in a 4-3 home loss to the Giants on Wednesday.