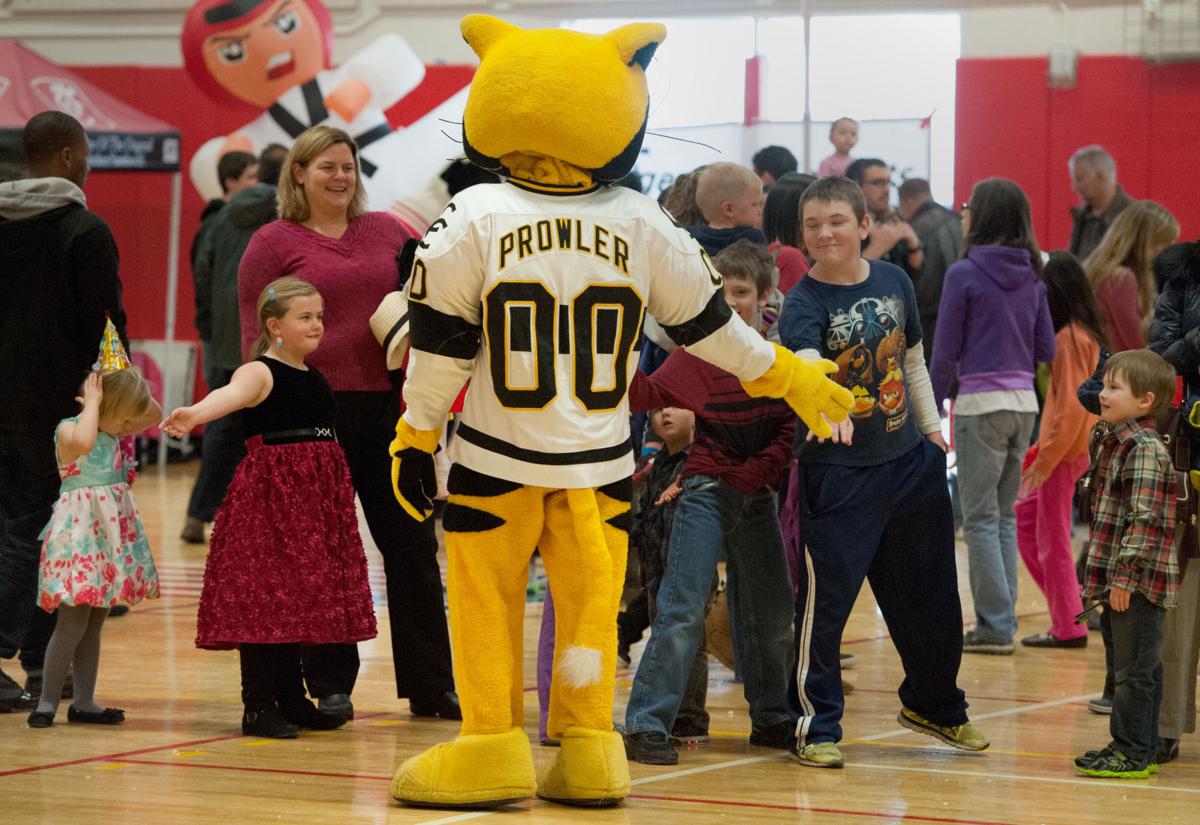 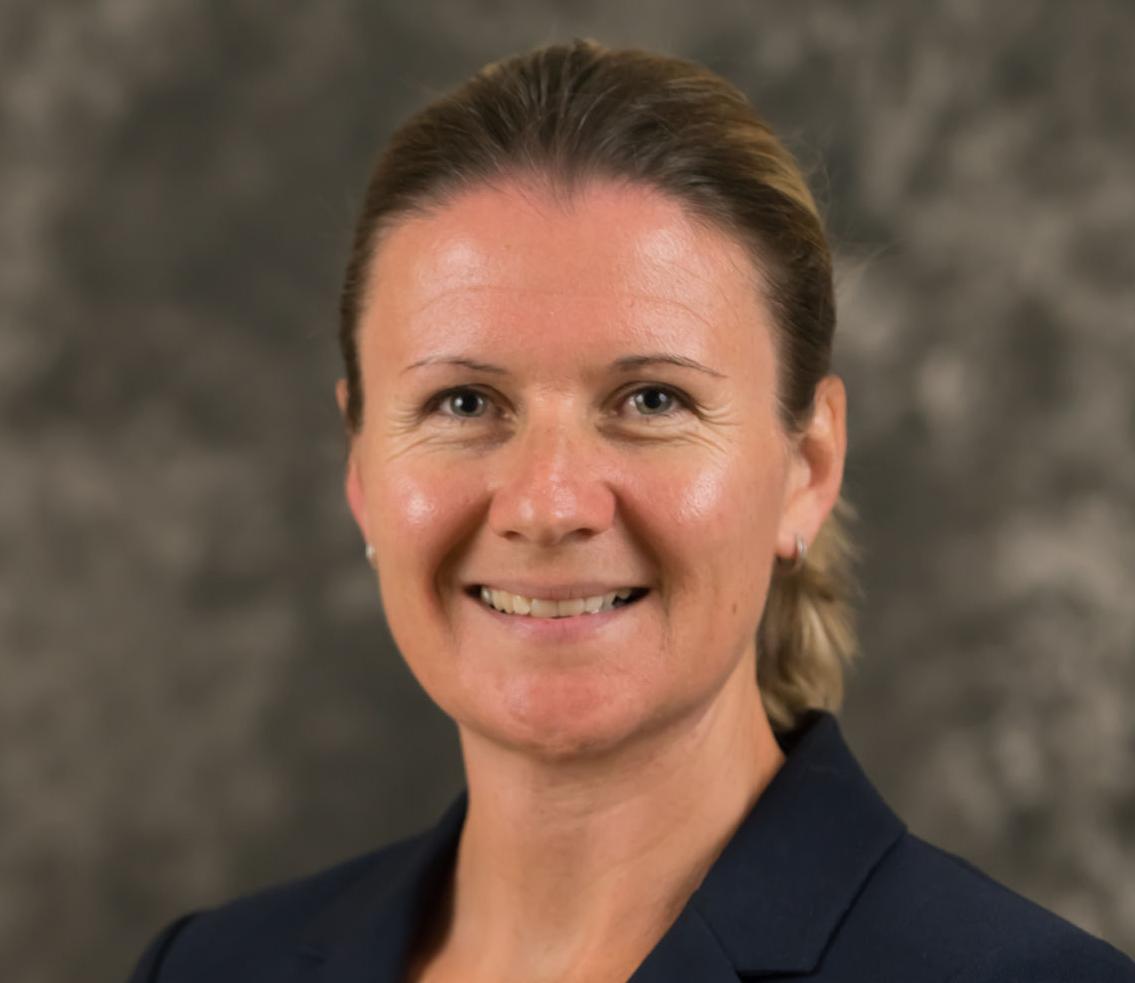 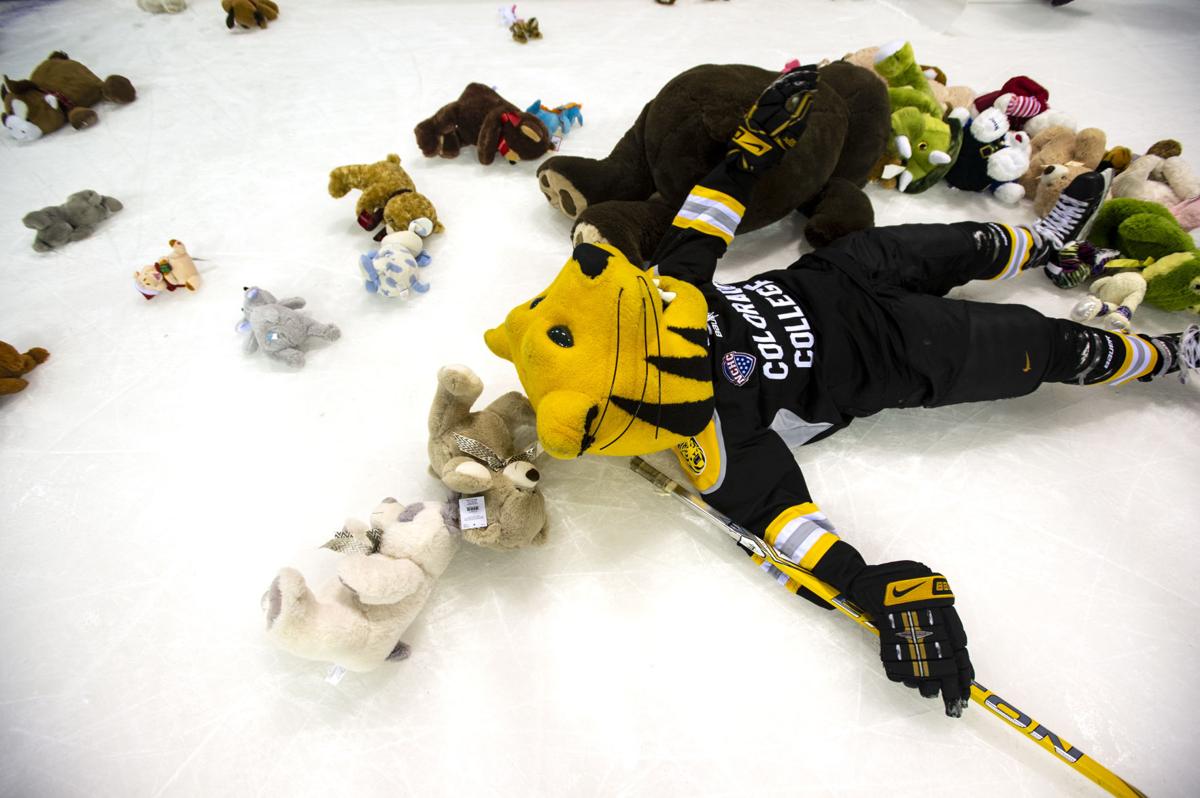 Colorado College's mascot, Prowler, makes snow angels in the stuffed animals during the teddy bear toss after the first period of the game against Vermont at the Broadmoor World Arena in Colorado Springs on Saturday, Dec. 8, 2018. (Photo by Kelsey Brunner/The Gazette) 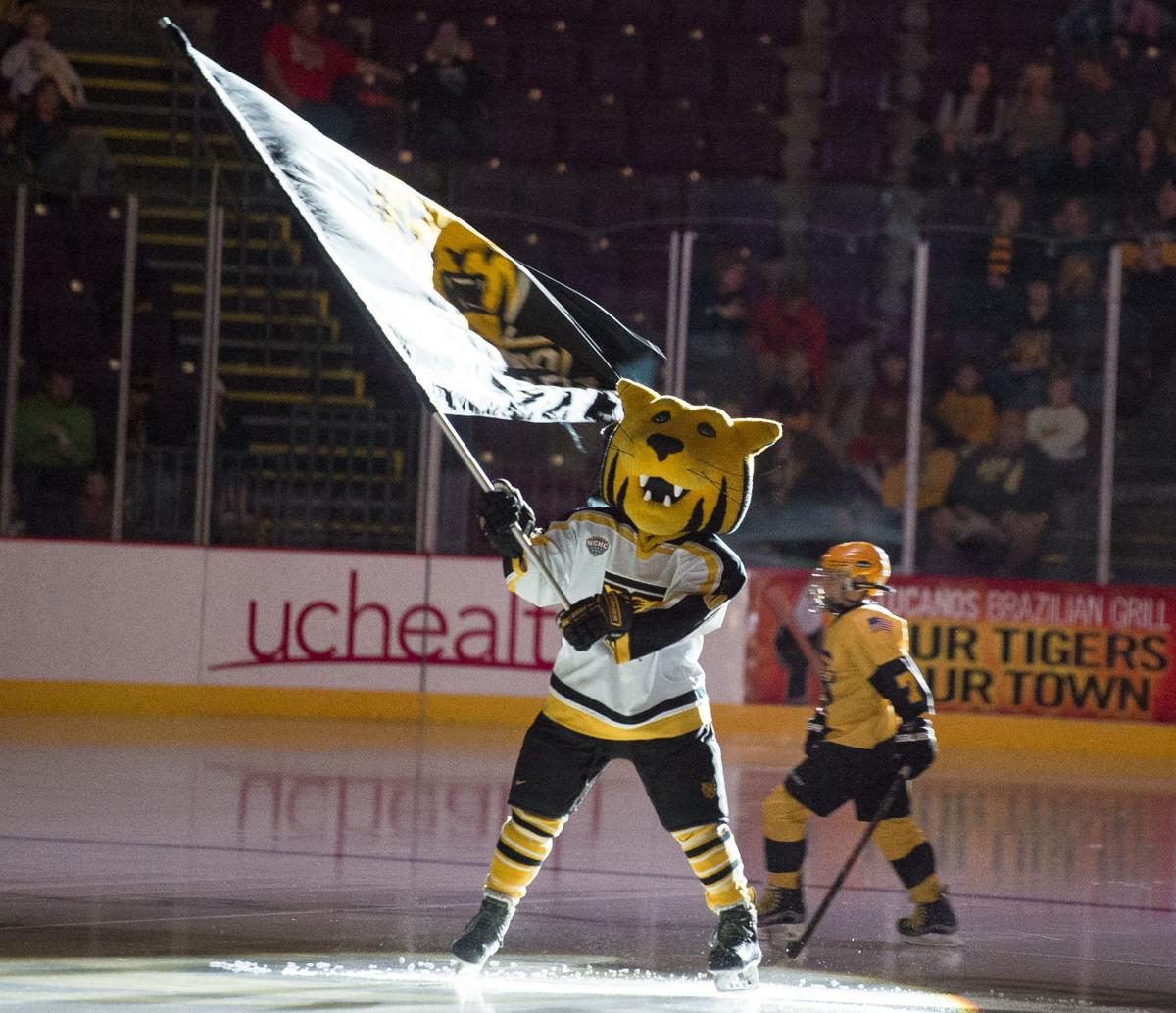 Colorado College's mascot, Prowler, makes snow angels in the stuffed animals during the teddy bear toss after the first period of the game against Vermont at the Broadmoor World Arena in Colorado Springs on Saturday, Dec. 8, 2018. (Photo by Kelsey Brunner/The Gazette)

Change is underway for Colorado College athletics. The lot is being cleared for the school’s new on-campus hockey arena, and before that opens, the Tigers will have a new logo and name for their mascot, Prowler.

According to a department release, the school and brand consulting and graphic design agency Joe Bosack and Co. involved alumni, students, faculty and staff in a series of focus groups. Athletics staff and the board of trustees selected the final logo at their summer retreat. “The updated logo will retain well-known characteristics of the current CC Athletics logo, including a fierce tiger and shape of the shield,” the release read.

The Gazette sat down with first-year athletic director and vice president Lesley Irvine for more details.*

Did the timing have to do with the (projected 2021) opening of Robson Arena?

It was tied to — it’s not because of — but the timing around the arena made good sense around when you’re engaging a branding company and you’re going to spend a significant amount of dollars on making sure the branding is important to activate the building. It’s inevitable for you to say, “Is it the right logo?”

It’s a refresh. We’re still the Tigers. And honestly, it’s still a tiger face in a shield.

When will it be released?

We’re going to be announcing on Feb. 7. We have a doubleheader for basketball (against Johnson & Wales) and we also have a hockey home series (against St. Cloud State). So we thought that would be good.

You’ll already have the new jerseys?

We’re going to be ready to go. … Part of the rebranding is on that day, you’ll see some logos in some key places. I don’t want to create a story around, oh my God, how much money are they actually spending on this? You’re already buying uniforms. You’re already doing these things. The student-athletes are really excited.

You’ll see that we’ve tried to just create some distinctiveness to who we are. … You’ll see more use of, say, “Colorado College” on the jersey, so people actually know who we are. When they’re looking at the Tiger, they don’t necessarily know that. But I think we have done some things to it that you’ll see, that makes us more distinctive and we have a better shot of people knowing it’s the CC Tiger.

People will have to be forgiving, because as we go through our lives for those next few years, we’ll be slowly moving those old logos out. But all of the teams, winter and spring, they won’t be head-to-toe brand-new logo, but they’ll have some touches.

Alumni and fans can email in (to athletics@coloradocollege.edu with “new mascot name” in the subject line by Dec. 31) any suggestion that they think would be good?

The story on how Prowler was named to begin with, from what I understand ... it was a fan who essentially named Prowler back in the day. It kind of was an informal process. Our goal (now) was just to get involvement.

I think some people have emailed the same suggestion 20 times in the hope it gets 20 votes. It’s just an opportunity to involve our community and our supporters.

It’s not a contest, it’s just suggestions in its current stage?

Exactly. And if common themes pop up, we’ll look at that.

It sounds like it’s a work in progress, but is there any recognition for the person who gives you the suggestion you wind up using?

I think we should, if they’re open to that. Our first goal was to really get the word out.

The Rocky Mountain Vibes held a naming contest, whittled it down, held a vote and then went with another option. Is that something that could happen here?

No. We want to be thoughtful about it. Change is the non-negotiable, that’s the spirit of this. But there’s no hidden agenda here. We’re actually genuinely looking for some help to think about this.

Will Prowler (or whatever its name is) get a new look?

We’ll likely do a mascot uniform refresh. I want to be clear — we’re still the Tigers.

Did the negative connotations of the word “prowler” affect this decision?

I’ve heard bits and pieces around that. ... But it wasn’t a driving force. It was something that I’d heard in some places, and honestly something that I’ve seen as feedback from the community, on the more positive side, where people are like, “You know, now that you say that, I always thought that was a bit strange.”

Anytime you do a mascot anything, it can be quite an emotional thing. I think it speaks to campus traditions and people’s feelings and identity and remembrance on campus. So I think we need to be really sensitive to that.

Again, we don’t have any parameters built around it, but I think inclusion and diversity and just being in spaces where people can connect, that’s our commitment on campuses such as ours. So I think that would be totally appropriate.

* Edited for length and clarity.

Tickets for NHL's Stadium Series game at Falcon Stadium on sale Friday, but still no announcement on college teams' use of outdoor ice

In another attempt to target students who might not be thinking of applying to the pricy, private liberal arts school, Colorado College is loo…