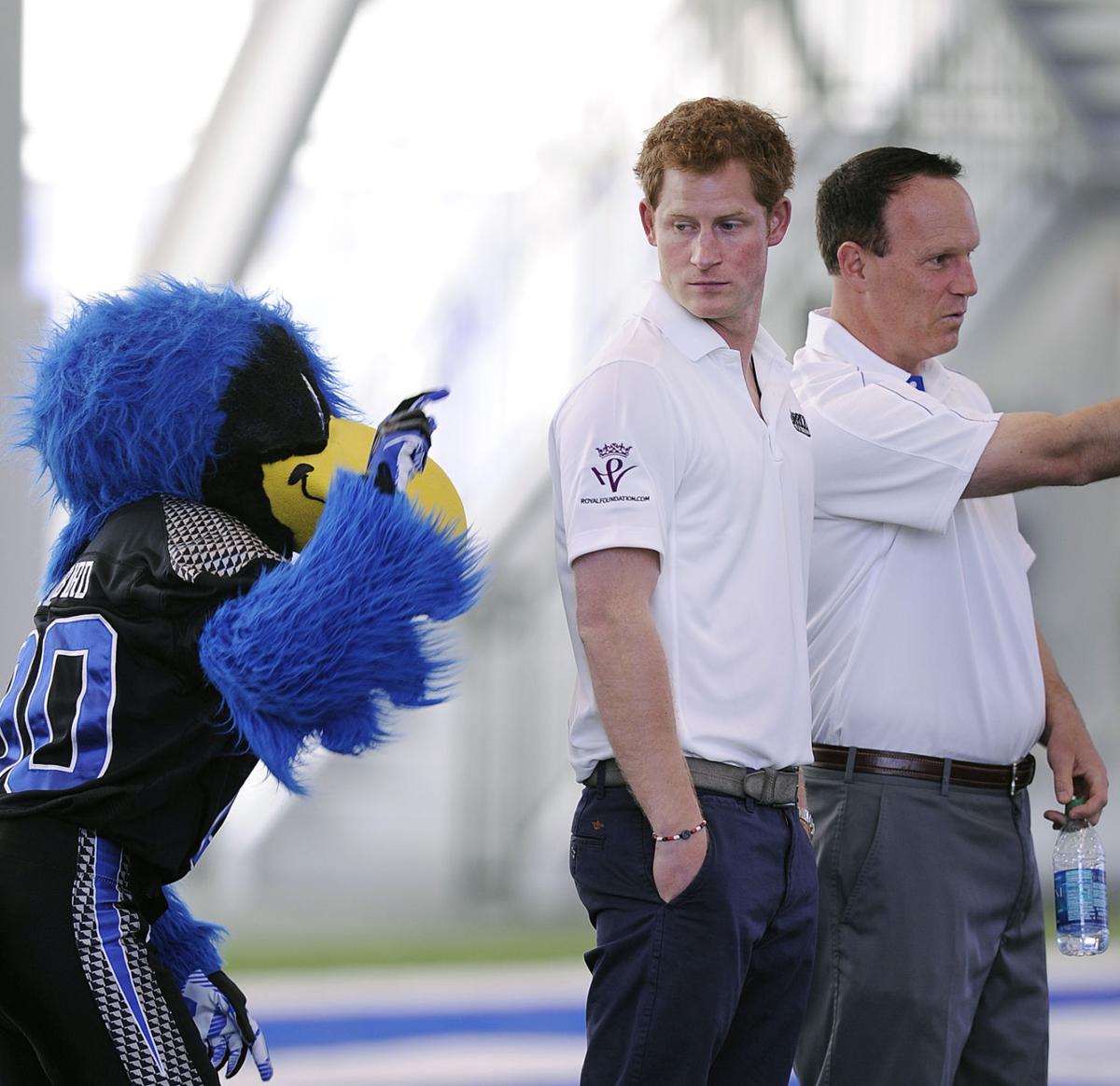 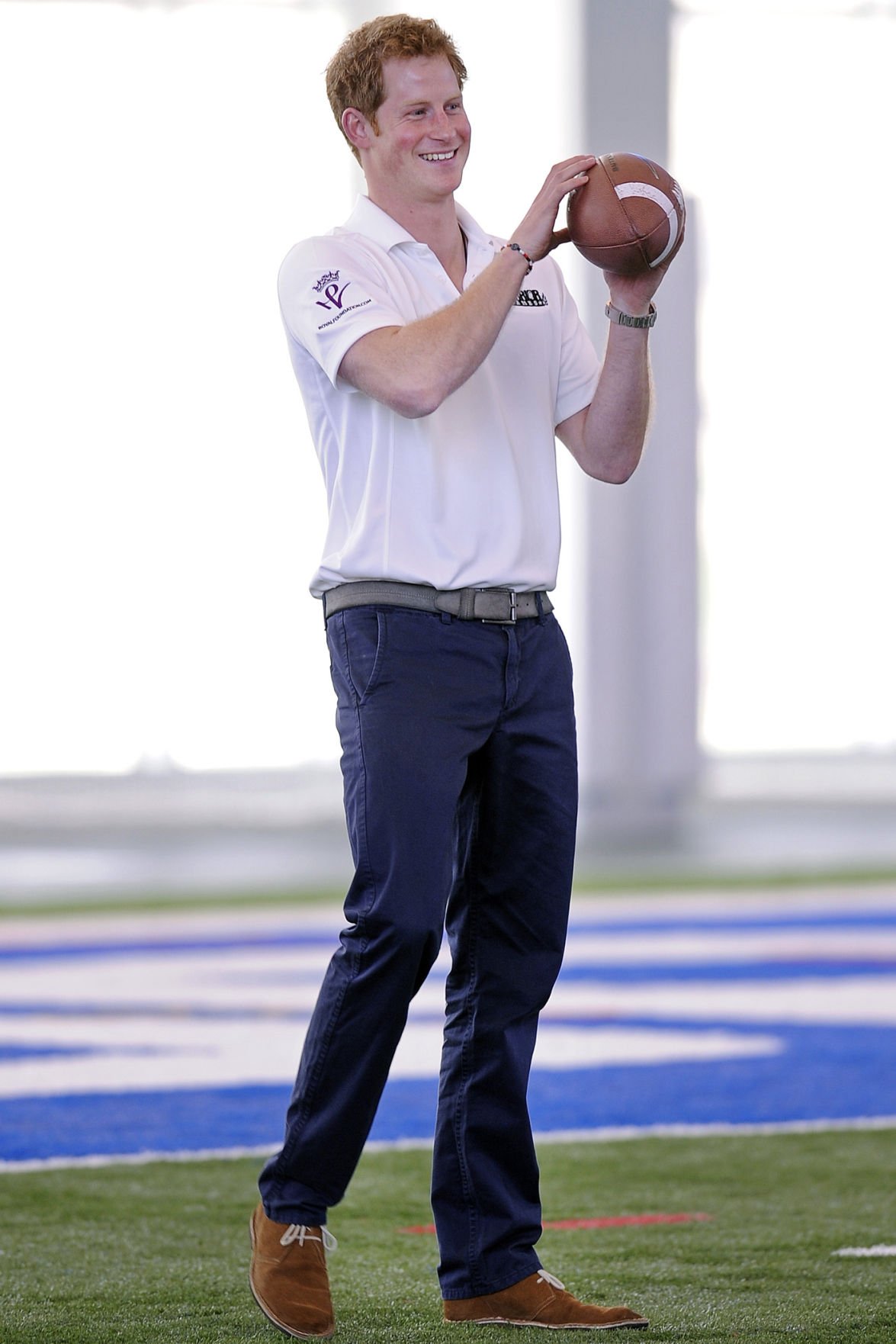 Prince Harry wanted to learn about American football during his trip to the United States. After jumping through a few hoops with the NCAA, Air Force football coach Troy Calhoun was able to oblige the visiting British royal.

No athletes were allowed to participate in the somewhat impromptu training session Sunday at the academy, but Calhoun - a former Falcons quarterback - tutored Prince Harry in throwing and catching. The 28-year-old prince apparently picked up on it quickly as he was reportedly throwing passes more than 30 yards and hauled in a pass thrown from 40 yards away while on the run.

'The Prince was terrific, ' Calhoun told a reporter from the Australia-based AAP news service. 'You can tell he has great body coordination, he would be a natural football player. He is aggressive, he is strong, he is smart. I would love to sign him up to the Air Force Academy football team if I could.

'Honestly I was a little surprised how good he was. It's not an easy game to pick up and a football is not a regular ball. '

Prince Harry was in Colorado Springs as part of his visit to support the Warrior Games, which feature injured veterans from both American and British armed forces.

The trip to the academy, which also included a tour, was held under wraps from American media and only came about after some complications with the NCAA.

Falcons players could not participate because of rules limiting athletes' interactions with celebrities in a team capacity. Similar rules nearly prevented Calhoun from participating, but Air Force applied for a waiver from the NCAA. Even after that, it was unclear just how much access Calhoun would be granted and if the coach would even agree to participate.

Intramural flag football players joined the prince in his crash course at the team's indoor practice facility. Prince Harry was also introduced to members of the cheerleading squad and was part of the base of a three-tiered pyramid, with cheerleaders on top of him and The Bird - the academy's mascot - at the top.

'Got the opportunity to meet prince harry of Wales today! ' the mascot's Twitter account said. 'He won't forget who THE BIRD is! '