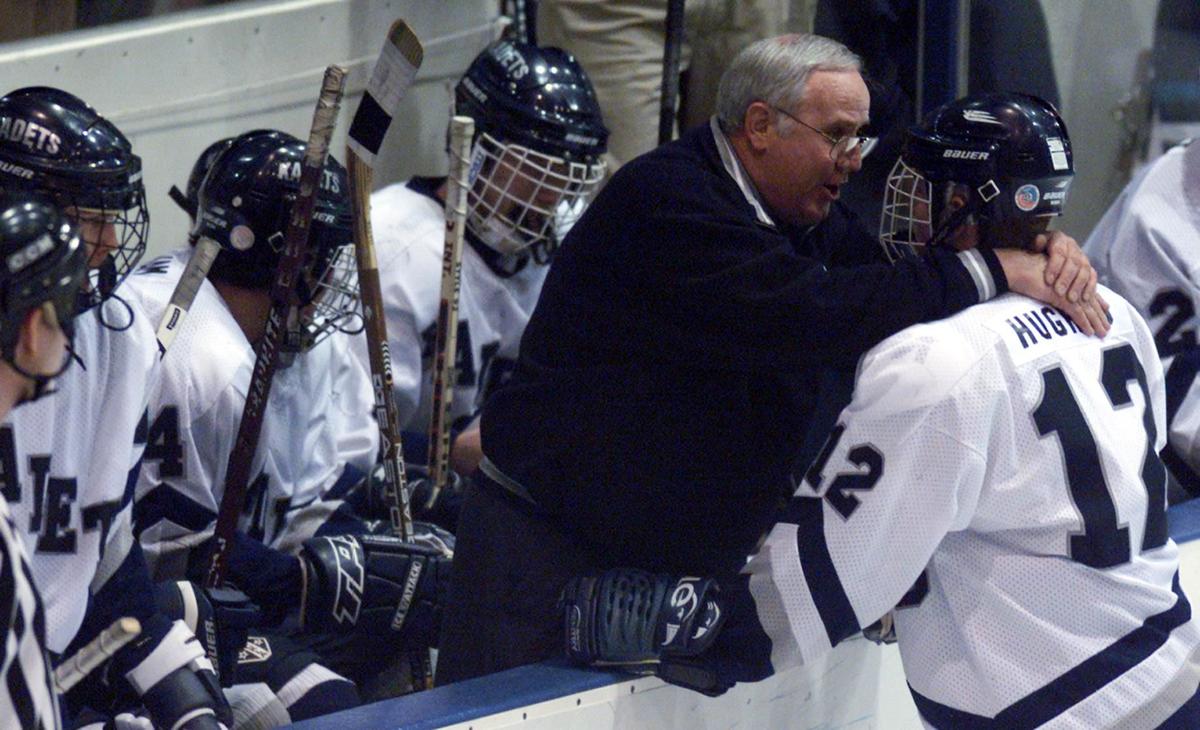 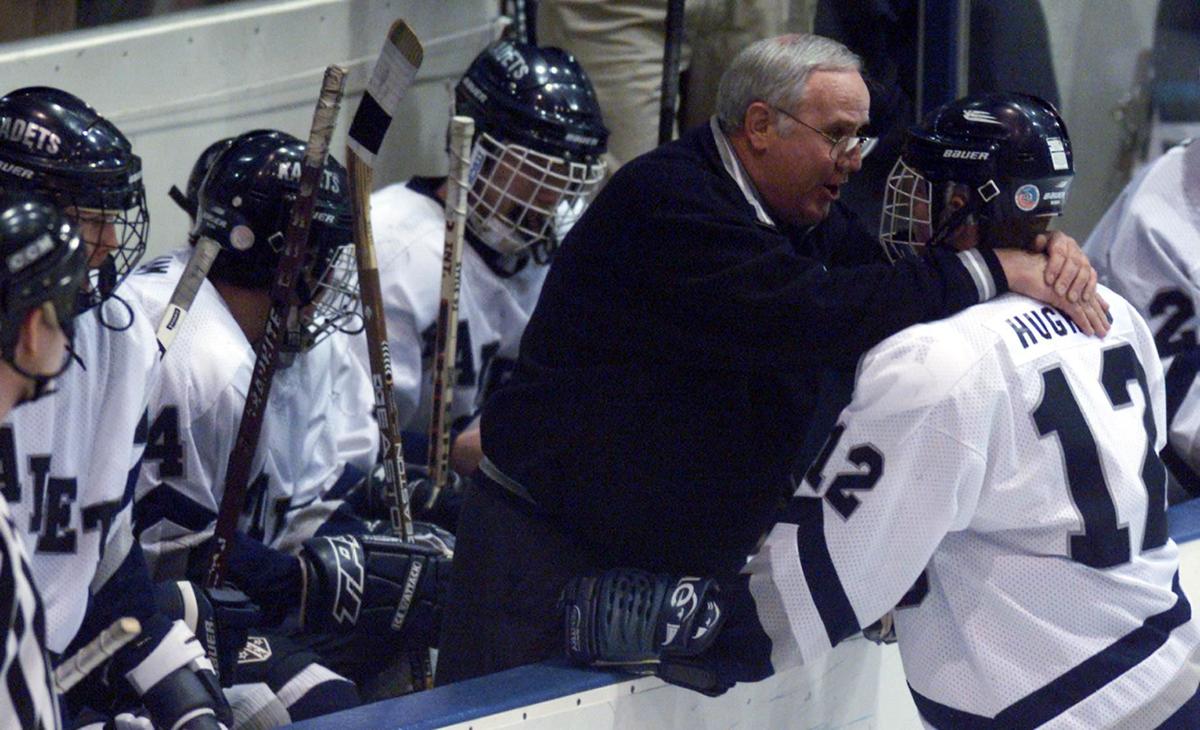 Wayne Marshall, who delivered four state championships in two sports at Air Academy during a 35-year coaching career and later was inducted into the Colorado High School Coaches Association Hall of Fame, died suddenly Friday. He was 75.

Marshall suffered a burst aneurysm, according to his son, Andrew, who is entering his third year as Kadets hockey coach, a job his dad held for 35 years and led to state titles in 1995, 2000 and 2005.

A memorial service has been scheduled for Dec. 8 at Woodmen Valley Chapel. The time has yet to be determined.

Known for his no-nonsense approach, Marshall arrived in Colorado Springs more than four decades ago. While coaching the hockey team, he also started the Air Academy boys’ soccer program in 1973. Marshall’s soccer team took state in 1990 and also led the hockey team to a third crown in 2005.

“The way I grew up, the coach was the boss,” Marshall said in a Gazette story advancing his enshrinement into the CHSCA Hall of Fame in 2012.

“If you don’t like the way he coaches or his rules, don’t play for him. It worked for me. We had great discipline, and that’s one of the strongest things a coach can have with his teams. Without discipline, there can be no success.”

He also coached the girls’ soccer program for two seasons, and following his retirement from the classroom, served as a volunteer coach for the boys’ golf team.

Born Oct. 16, 1943, in Sarnia, Ontario, Marshall was a goalie who played at the Ohio University and continued in the Detroit Red Wings minor league system. He later stayed on the ice as a linesman in the Western Collegiate Hockey Association before moving to Colorado Springs.

In addition to a handful of coaches who will make their debuts, the new season also will make history at Woodland Park High School, which will sponsor a varsity girls’ swimming team for the first time following the opening of the town’s aquatics facility earlier this year.

Among highlights from last year’s winter season include a run to the 4A state championship game for the Lewis-Palmer boys’ basketball team along with semifinal berths for the girls’ programs from Mesa Ridge and Widefield; Rampart won the 4A state girls’ swimming team title behind an individual 100-yard breaststroke from Edenna Chen; Cheyenne Mountain swimmer Cat Wright ended an illustrious career by claiming the state crown in the 200 individual medley; and wrestlers Patrick Allis of Discovery Canyon (4A, 120 pounds), Jason Hanenberg of Air Academy (4A, 132), Mike McFadden of Cheyenne Mountain (4A, 138), Mesa Ridge’s Elijah Valdez (4A, 152), and Nathan Johns of TCA (3A, 182) winning state titles.

The search for a new football coach at Sand Creek is underway after Ricky Lobato recently stepped down from the post after one season. He will remain on the school’s faculty in the social studies department.

Lobato cited family reasons, as he and his wife are expecting their second child next spring.

The Scorpions went 0-10 during the recently completed season, but Lobato saw plenty of behind-the-scenes progress following improvements to improve the facilities at the D49 school, highlighted by new turf at its home stadium.

“There’s a ton of momentum for the future, even though people might only see our record,” Lobato said via text. “But there was a ton of progress with the character development in the kids and the upgraded facilities at the school.”

Athey, a longtime member of the school’s physical education department, coached the Indians to 4A state girls’ titles in 2005 and 2007.

Earlier, she was an assistant under Jack Busher, who led the program to its first state crown in 1997.