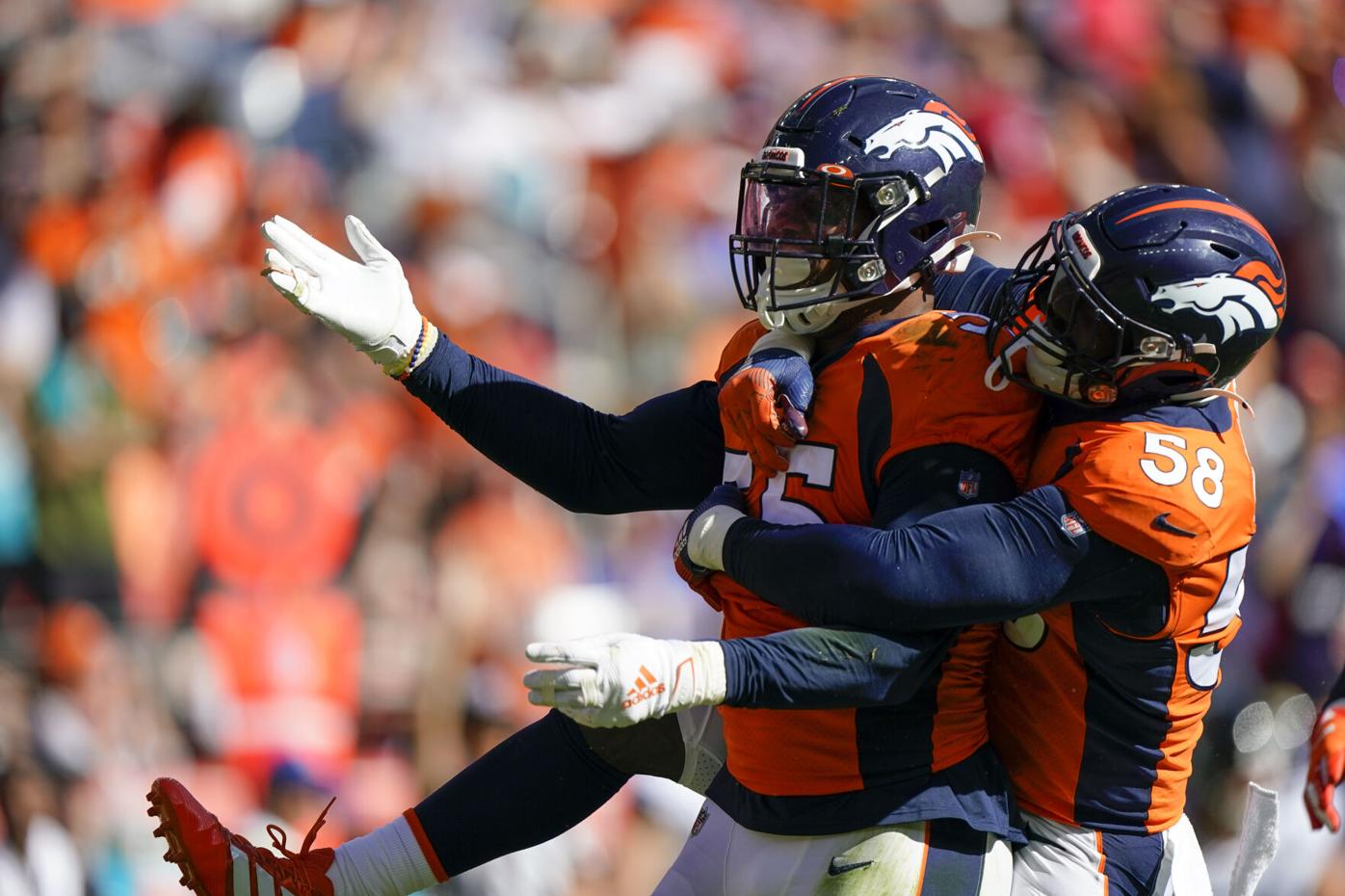 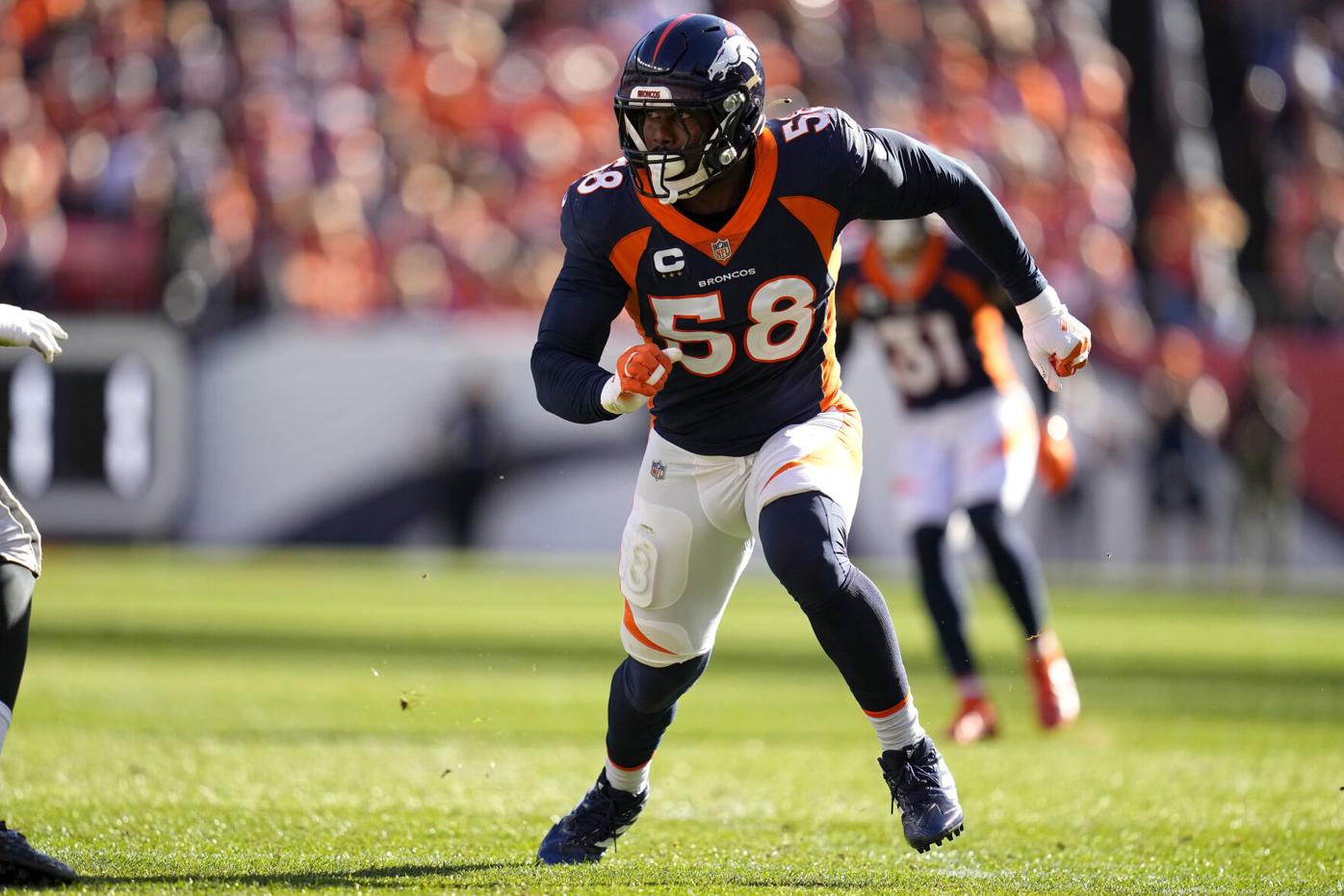 Broncos outside linebacker Von Miller plays Sunday against the Raiders in Denver.

Broncos outside linebacker Von Miller plays Sunday against the Raiders in Denver.

That’s how much the Broncos will have paid Von Miller when his 11th season in Denver is over.

Is it too much to ask for three sacks in a Thursday night game in Cleveland? With Browns quarterback Baker Mayfield wearing a sling earlier this week? Against two backup linemen?

3 keys to a Broncos victory over the Browns: Contain Myles Garett

When Von stepped to the mic to give his take on a Broncos season on the brink of collapse, there were echoes from the same man guaranteeing a win against the Arizona Cardinals in 2018.

As an exclamation point, Miller added then: “I wouldn’t say it’s a must-win, but we’re going to kick their ass, though.”

His Broncos beat those Cardinals 45-10. That Thursday night game represents Von’s finest “I told you so” since proving he should have been the No. 1 pick in 2011 by breaking Cam Newton in Super Bowl 50. Cam has never been the same. Neither have Von and the Broncos.

Three years later the Broncos are still his. He’s still the highest-paid player. Still the billboard employee, since management has chosen to cover a broken quarterback situation with Band-Aid after Band-Aid. Von is still the only Bronco who can win a game almost by himself.

Thursday night in Cleveland needs to be a Von game. It must be. It’s the Broncos’ only way out of a freefall. The Broncos bet $17.5 million on a one-year deal that Von still has it. So, does he?

As Gary Kubiak liked to say, "We’re fixin’ to find out."

The stars are aligned, and the Broncos desperately need it. That’s how Vic Fangio coached last Sunday in a blowout loss to the Raiders at Mile High — desperate. They went for it on fourth down in their own territory. (Teddy Bridgewater threw an interception.) They challenged a touchdown catch by Noah Fant when anyone in the 300 Level could see it would not be a successful challenge.

Fangio’s defense and entire operation is under fire. Here’s how bad the Broncos need to beat the Browns: Denver has never made the playoffs in a season in which it lost four straight games. It’s never happened, not in 22 playoff seasons. These Broncos have lost three straight.

“I just think we have the right kind of guys that will rally,” Fangio said. “I think we have good leadership. I think there’s a high care factor. I have confidence in the guys.”

This should be a Von game. It must be a Von game. The Browns played last week without starting tackles Jedrick Wills and Jack Conklin. Neither practiced Monday or Tuesday, either. The Browns as a whole are a real-deal Super Bowl contender. But the Browns are not whole.

These Broncos are 3-0 when Miller has a full sack, 0-3 when he doesn’t. Take that for data.

“Get a couple sacks. If I can do that, we will win,” Miller said.

Make it three sacks. Throw in a strip-sack. Throw in a sack dance made for prime time. The Broncos need it, bad. Now's the time to find out: Does $144 million still get what it used to?

The Browns beat the Broncos 17-14. Here's how it happened.

The Broncos entered Thursday night's game against the Browns in desperate need of a win.