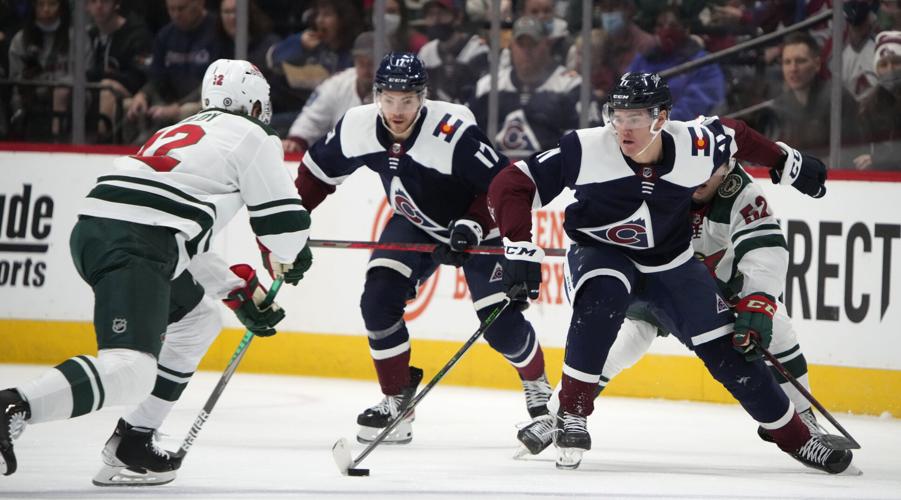 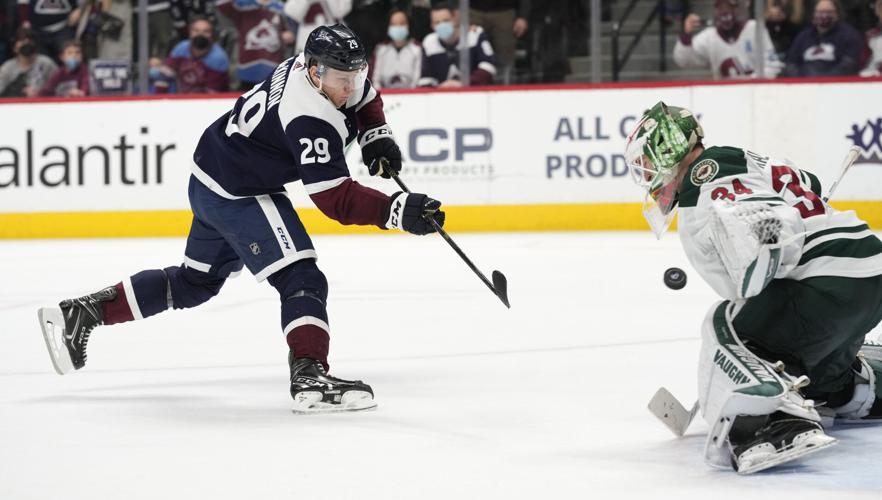 Erik Johnson has four dogs and considers them his children. Alex Newhook’s the kid next door who mows your lawn. Pretty sure it says in the Bible somewhere Gabe Landeskog hasn’t sinned yet.

So what’s with this mean-streak fueling the Avs to the top of the Western Conference?

There was a giddy, Pee Wee feel when the Avs finally finished off the Minnesota Wild 4-3 in a shootout Monday afternoon. Bear hugs, goofy smiles, secret handshakes. Only good vibes.

But don’t get it twisted. The Avs are actually kind of scary.

Kurtis MacDermid is scary. He’s a Halloween costume. He boxed the Wild’s Jordan Greenway, and when MacDermid landed his eighth (out of 10) punch, I felt sorry for Greenway. Poor dude.

Jekyll and Hyde, these guys, because you watch how they celebrate yet another win and might think the Avalanche are that one coworker at the office — the nicest guy you’ve ever met.

They’re also scary, once you watch them play and run the numbers. Monday’s delayed triumph was their 14th straight win at Ball Arena (the NHL’s longest home win streak in five years), 25th win (the fastest to 25 wins in franchise history, including the Quebec days) and another example how these Avs examined where they were lacking and addressed the issue.

Remember the playoff series last year when the Avs lost four straight to the Golden Knights to bow out without a fight? These Avs don’t bow. They fight. Tuesday is already Jan. 18, and the Avalanche haven’t lost in regulation in 2022. They’re 8-0-1. They’re winning the toss-ups now, four of those wins coming in overtime or in a shootout. They didn’t need to blow out their opponents, the staple from last season, in order to reach first place in the Western Conference.

“Last year we didn’t have many tight games,” MacKinnon said. “We beat a lot of teams really bad.”

I know, I know. We’re doing it again. We’re crowning the Avalanche before Valentine’s Day.

Shoot, what else are you going to write? How the Avs should not have awarded Jared Bednar a contract extension at the same time his roster of millionaires doesn’t take a day off from work? That the Avs are not tough enough when MacDermid and his eager fists are around to clean up any funny business?

Draft a list of the Avs’ top players and MacDermid won’t crack it. But there’s an uh-oh feeling when an opposing player blasts the Avs goalie and MacDermid is right there to dispense justice. Avs goalie Darcy Kuemper took a head shot from Greenway that wasn’t as bad as it initially looked but nonetheless knocked Kuemper from the game. His head hit the post on the way down. Looked bad. I bet it's not.

“Looks like it’s intentional to me,” Bednar said, arguing the call should've been more severe. “I don’t know how it can only be a 2-minute penalty.”

And there was MacDermid to pummel the rival and spend some time in the penalty box for it.

“He (Kuemper) wasn’t good enough to come back in the game,” Bednar said. “I don’t know where he’s going to be, to be honest with you.”

Pavel Francouz was “úzasnë” in place of Kuemper. That’s Czech for awesome, according to Google translate. Francouz stopped 24 of 26 shots and rejected all three Wild shootout attempts — pad save, glove save, glove save. No morning skate, subbed in, money.

“Calm down, be patient and read the situation,” Francouz said.

Trying, but it’s a joy to watch these Avalanche. They protect home ice like it means something to them. They won five straight after trailing, in comeback fashion. They own a lot of doggies.

And it would be downright scary to play them.

DENVER — Pavel Francouz turned in more shootout heroics Monday, but without the feel-good story. He took over for Darcy Kuemper after the Colo…