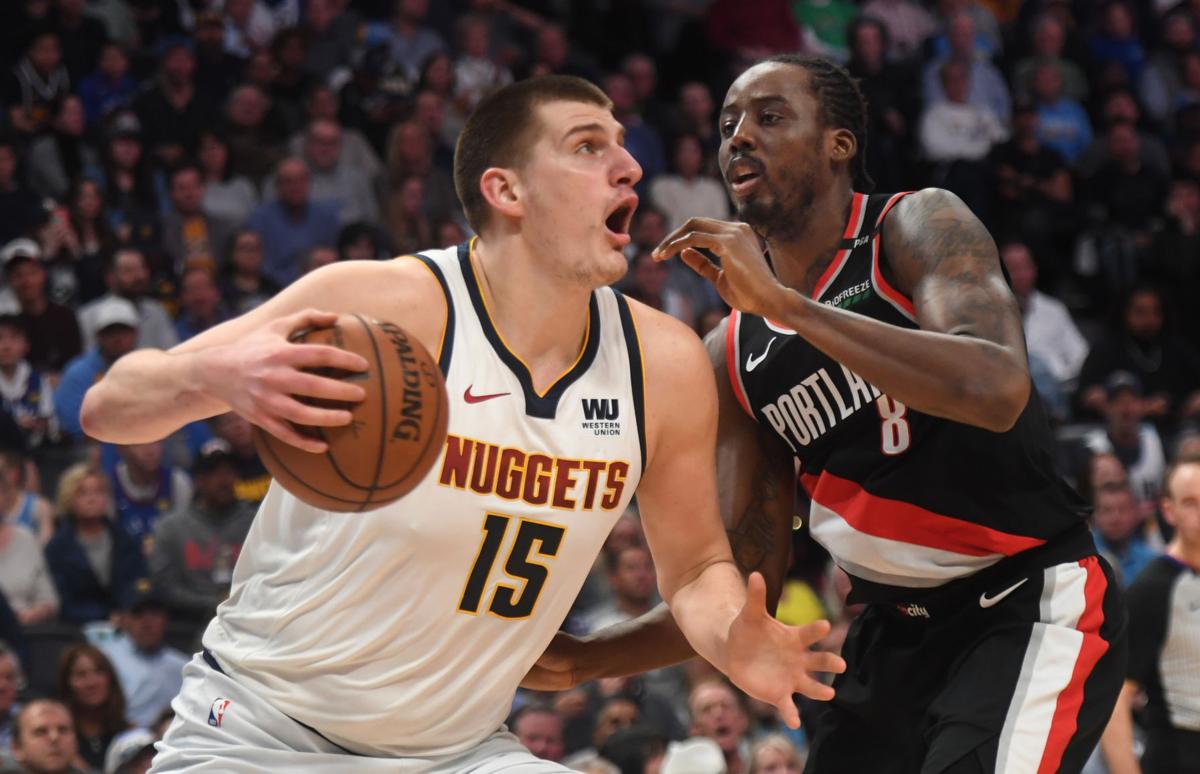 Denver’s Nikola Jokic drives against Portland’s Al-Farouq Aminu during Game 5 of the Western Conference semifinals May 7 in Denver. Jokic was named to the all-NBA first team, the first time for the Nuggets since David Thompson in 1979. 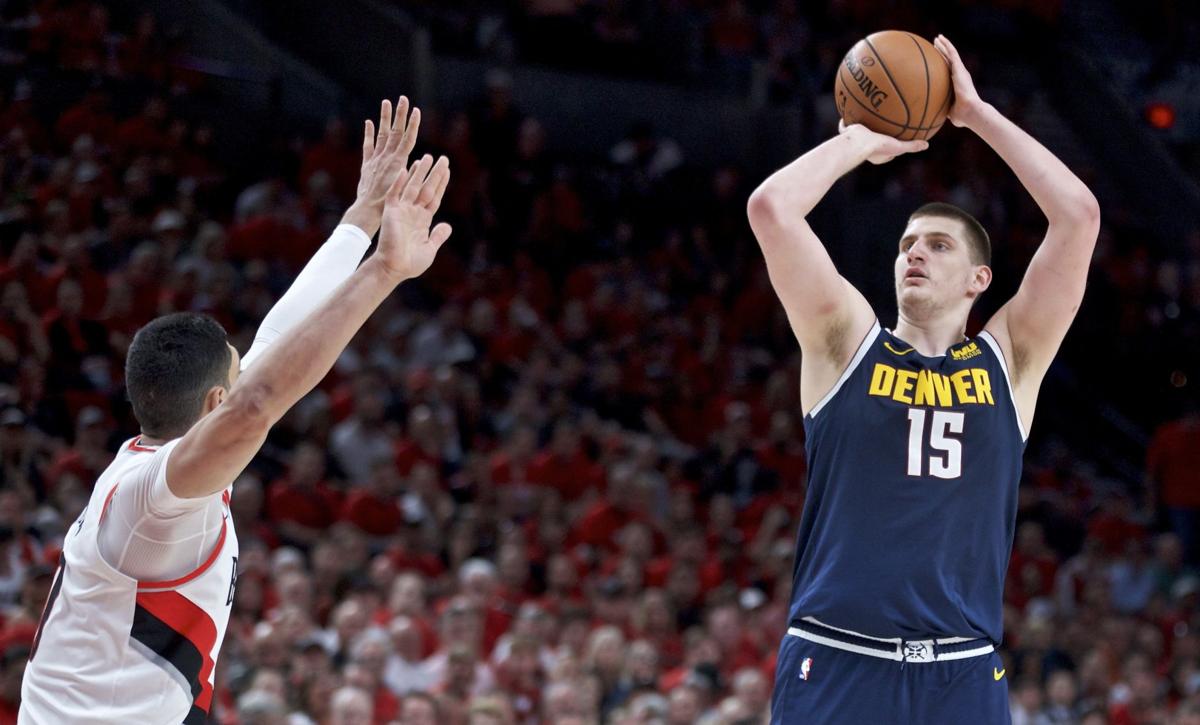 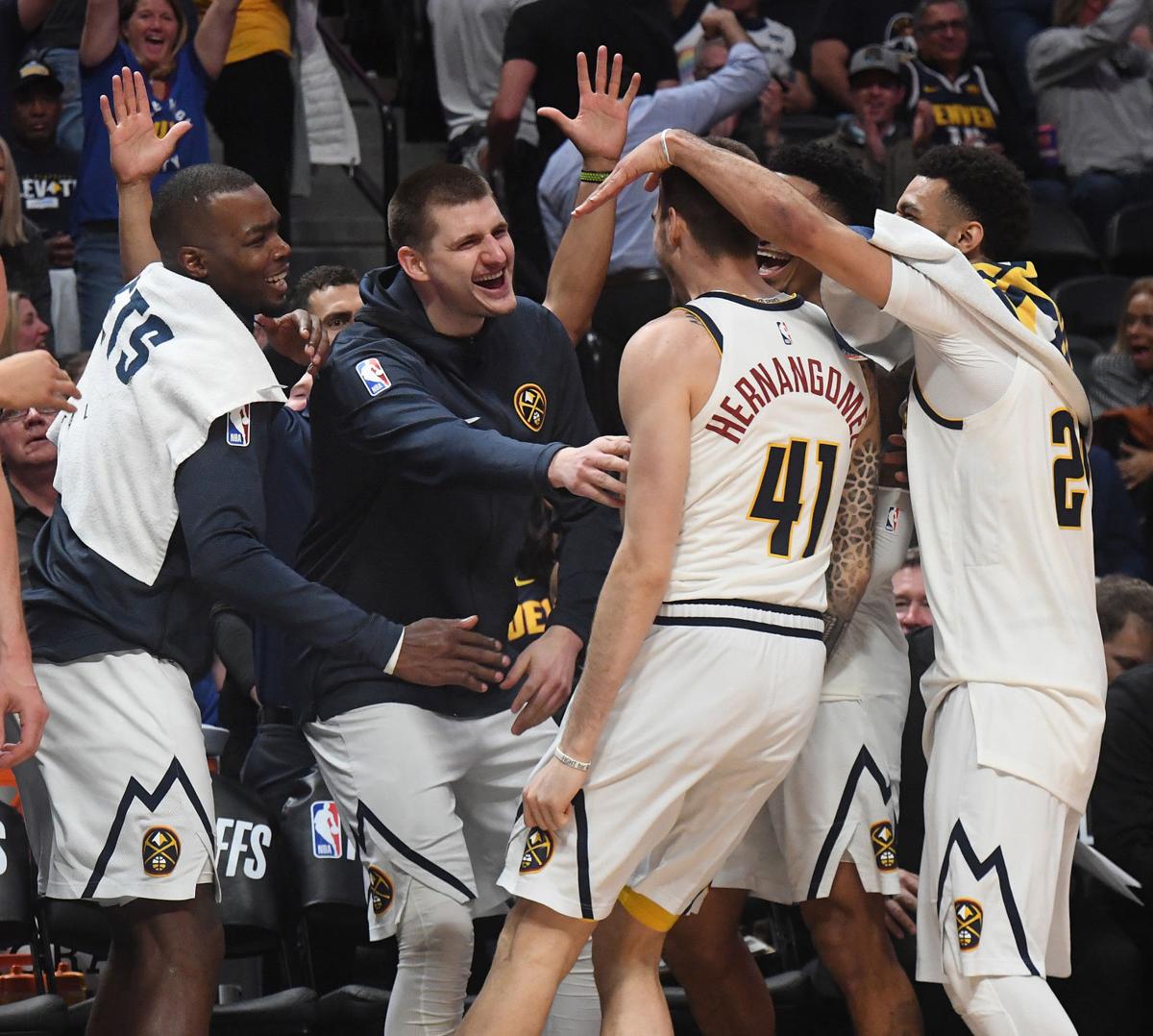 Denver’s Nikola Jokic drives against Portland’s Al-Farouq Aminu during Game 5 of the Western Conference semifinals May 7 in Denver. Jokic was named to the all-NBA first team, the first time for the Nuggets since David Thompson in 1979.

DENVER • The NBA made it official Thursday.

Nikola Jokic is the best center in the world.

It’s a factoid the Nuggets have believed for a while, but still. And minutes after a giddy front office at Pepsi Center got word from the league office that Jokic had been named first-team all-NBA, it was Michael Malone who broke the big news with a phone call to the 24-year-old Jokic at his family’s home in Serbia.

The Joker was “really, really excited,” one source said — almost as thrilled as his proud family and girlfriend. His teammates, however, were over the moon Joker finally got his due.

That’s how it goes with Jokic, whose basketball philosophy can be summed up by how he values an assist against a field goal: an assist makes two guys happy, a bucket makes just one.

“Probably next year we’re going to be better,” Jokic said as he looked to the future the day after a Game 7 loss to the Portland Trail Blazers.

As they filed out of the locker room and into the offseason, Nuggets players carried Hefty trash bags of $200 sneakers and T-shirts, size XXL. One more question for the road: What are you guys doing this summer?

Well, depends who you asked. Jamal Murray’s working out on days that end in ‘Y.’ Michael Porter Jr.’s summer league debut is expected to come vs. Zion Williamson. Gary Harris and Juancho Hernangomez have designs on visiting Jokic and his stable of horses in Sombor, Serbia. Or are they?

Trust us, Big Honey. The crown’s safe. First-team all-NBA is a powerful honor for Jokic, the Nuggets and the fans of Mile High action ball who’ve waited decades for a superstar like him.

Midway through Joker’s fourth season, Murray was asked if there’s anything that Jokic can’t do.

Full stop. Everything else is on the table.

Jokic joined Giannis Antetokounmpo, Steph Curry, James Harden and Paul George on the first team, which is voted on by media. (For some reason Kevin Durant, the game’s best player, was left off the first team.) Jokic is the second Nuggets player to make the first team, and the first since David Thompson skywalked to back-to-back selections in 1978 and 1979.

Yep, heavy stuff. The Nuggets can lay claim to having one of the five or six or seven best players in the world, depending on how you quantify those things. All I know is there’s only one guy I’d take ahead of Joker for the next 10 years, and Antetokounmpo soon will be named MVP of the league.

“On a side note his horse won a big race the other day. ‘Dream Catcher’ won a race,” Malone said.

“He made sure I knew about it. The last race he won, I was at. I thought I was the good luck charm, but obviously I’m not.”

It’s also worth a laugh to think back to Jokic’s first season here. I asked then what he hopes to accomplish with the Nuggets, and he gestured toward a wall in the practice gym that displays the franchise’s all-time leading scorers, rebounders, 3-point shooters, all that. “One day maybe I get my name on the wall,” he said.

Since then he’s upped the ante.

“When I was younger my dream was not to sign a big contract like this,” Jokic said last summer when he agreed to a $146 million extension with the Nuggets.

His goal, he said: “To win championship rings.”

It’s a tall ask for a franchise that has none to show off at parties with the cool kids. Of the past 15 champs, 10 had multiple players named all-NBA — either first-, second- or third-team.

Batman needs a Robin, even when Batman prefers the dimmed spotlight afforded Robin.

“Nikola is a super superstar and still doesn’t act like it,” president of basketball operations Tim Connelly said.

Thursday was a big deal for the Nuggets.

In a league driven by respect, their beloved Joker earned his due as the best center in the world. Oh, and Dream Catcher won a race.

Brandon Carlo, of the Boston Bruins, is a Colorado Springs product who is playing in the Stanley Cup final.