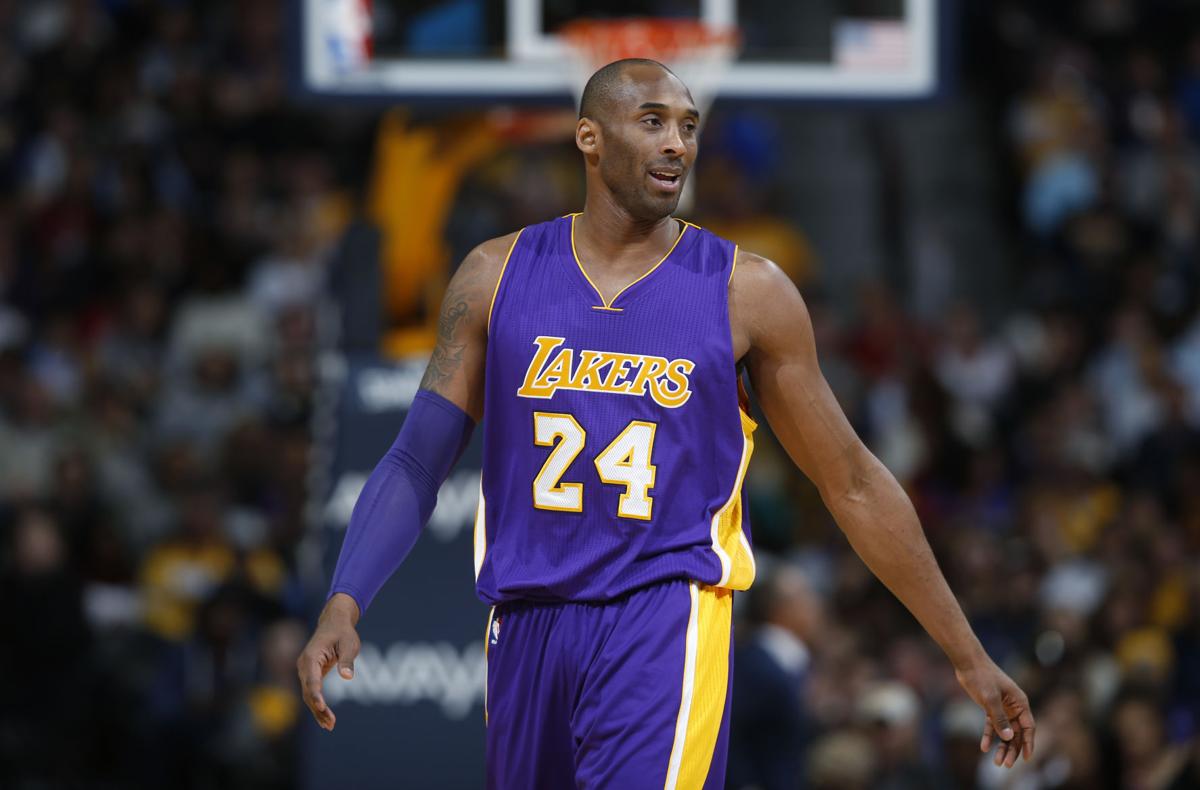 Los Angeles Lakers forward Kobe Bryant jokes with members of the Denver Nuggets in the first half of an NBA basketball game Tuesday, Dec. 22, 2015, in Denver. (AP Photo/David Zalubowski) 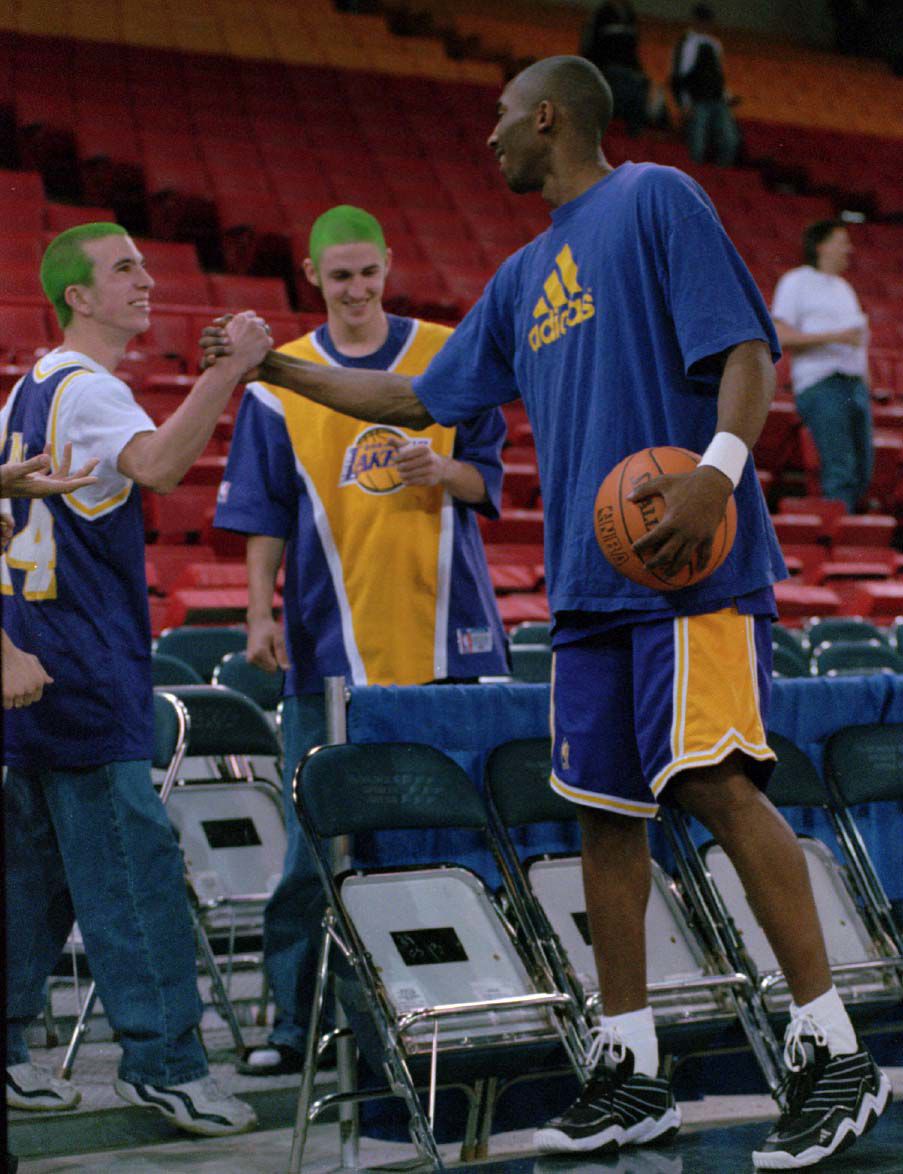 Los Angeles Lakers forward Kobe Bryant jokes with members of the Denver Nuggets in the first half of an NBA basketball game Tuesday, Dec. 22, 2015, in Denver. (AP Photo/David Zalubowski)

DENVER — Why does Kobe Bryant’s death hurt like it does?

Never interviewed him, never met him. Booed him as a fan, maybe as you did too. Wondered often why he tormented the Nuggets so.

Bryant, who died at 41 in a helicopter crash Sunday in Southern California, was on the short list of Colorado’s most sincere sports villains. He stood with broad, immovable shoulders between the Nuggets and their first NBA Finals, in 2009. And Colorado’s view of Kobe was unlike most places. The rape case in Eagle County, involving a Northern Colorado student, must be part of this story — here and elsewhere.

Basketball defined Kobe Bryant, but so did family | David Ramsey

So why does Kobe Bryant’s death hurt like it does?

I think, and I’m not sure about this, it’s because superstar athletes become normal when they’re done playing — when we see them as parents.

Kobe Bean Bryant died being a dad. He died taking his daughter to her basketball game. Gianna Maria-Onore Bryant was 13 when she died in the helicopter crash, a shining light of a young woman. YouTube her clips. The fadeaway, the crossover, the swaggy walk. She was at the same time her own girl and her father.

And the image of Bryant changed for me because of his public role as a dad. We saw him courtside with Gianna at a Nets-Hawks game, watching her favorite (current) player, Trae Young. We saw him on Instagram lamenting a loss by his daughter’s grade-school team. They finished fourth. They didn’t smile. Perfect.

We saw him as a dad.

Few players smoked the Nuggets as severely as Bryant. No. 8 (and No. 24) played 66 games against the Nuggets in the regular season. He averaged 24.8 points, 5.3 rebounds and 5.4 assists. He always played like he had a bone to pick with elevation. Bryant twice ended the Nuggets’ season in the playoffs, a four-game sweep in 2008 and the unforgettable six-game series in 2009. He averaged 34 points in the latter series. The best Nuggets team to date had no answer for Bryant in the clinching Game 6 when he flirted with a triple-double.

“We lost one of the most ferocious competitors the world has ever seen,” Nuggets president of basketball operations Tim Connelly told The Gazette.

In the 2005 NBA All-Star game at Pepsi Center, Kobe had 16 points and seven assists for the West. Nuggets guards Jamal Murray and Malik Beasley attended Bryant’s camp last offseason. After his final game in LoDo — on March 2, 2016, a 117-107 Nuggets win — Kobe gave his shoes to a little girl as he left the court. Sunday afternoon, a Pepsi Center crowd that once booed his every touch chanted “Ko-be, Ko-be, Ko-be.”

“This is tragic. This is one of those things where your parents will tell you (that) you’ll always remember where I was when John F. Kennedy got shot, when Dr. King got shot,” coach Michael Malone said. “Our players will always remember this day because of that news and losing someone like that way before we should have.”

Kobe was only 41, a few months older than me, and that's the complete list of what we have in common. But all I know is how excited I am for the next 40 years, and how a man with four daughters must have woken up every morning utterly stoked for the day.

Your view may be different, but Kobe as a proud father altered my perspective.

It was that way, for me, with sports megastars Michael Jordan and Peyton Manning. For better or worse, Manning and Jordan as athletes struck larger-than-life figures. They sold millions of jerseys. They highlighted commercial breaks. They weren’t like us.

Then I sat with Jordan for a half-dozen basketball practices, watching his son play for the University of Illinois. Jeff was a walk-on who played only with the game in hand but, still, dad was there, invested. MJ wore his own shoes. He called his drive from Chicago to Champaign “a two-cigar trip.” During a Duke-Illinois game, the proud Tar Heel swore under his breath whenever Duke scored. On Jeff’s birthday, he surprised his son’s team at their hotel. They flipped out.

“He was like a little brother,” Jordan said of Bryant in a statement.

About a month ago, Manning showed up to a Nuggets game with daughter Mosley and one of her friends. They sat courtside. Dad needled Rocky after the beloved mascot dropped a pass, to the point the girls gave Rocky the cold shoulder during a timeout.

"We retired at the same time and had to make that transition together," Manning said Sunday. "I am so shocked and saddened."

You and I can’t imagine winning an NBA title, pitching Gatorade, playing in a Super Bowl.

We can imagine the stuff that matters.

For Colorado, memories of Kobe Bryant have a disparate tone | Joey Bunch

Joey Bunch: "Kobe Bean Bryant died at 41, a year older than I was when his actions in Colorado — criminal or simply crude — forced his way into our state’s reckoning with wealth, power and sexual entitlement."