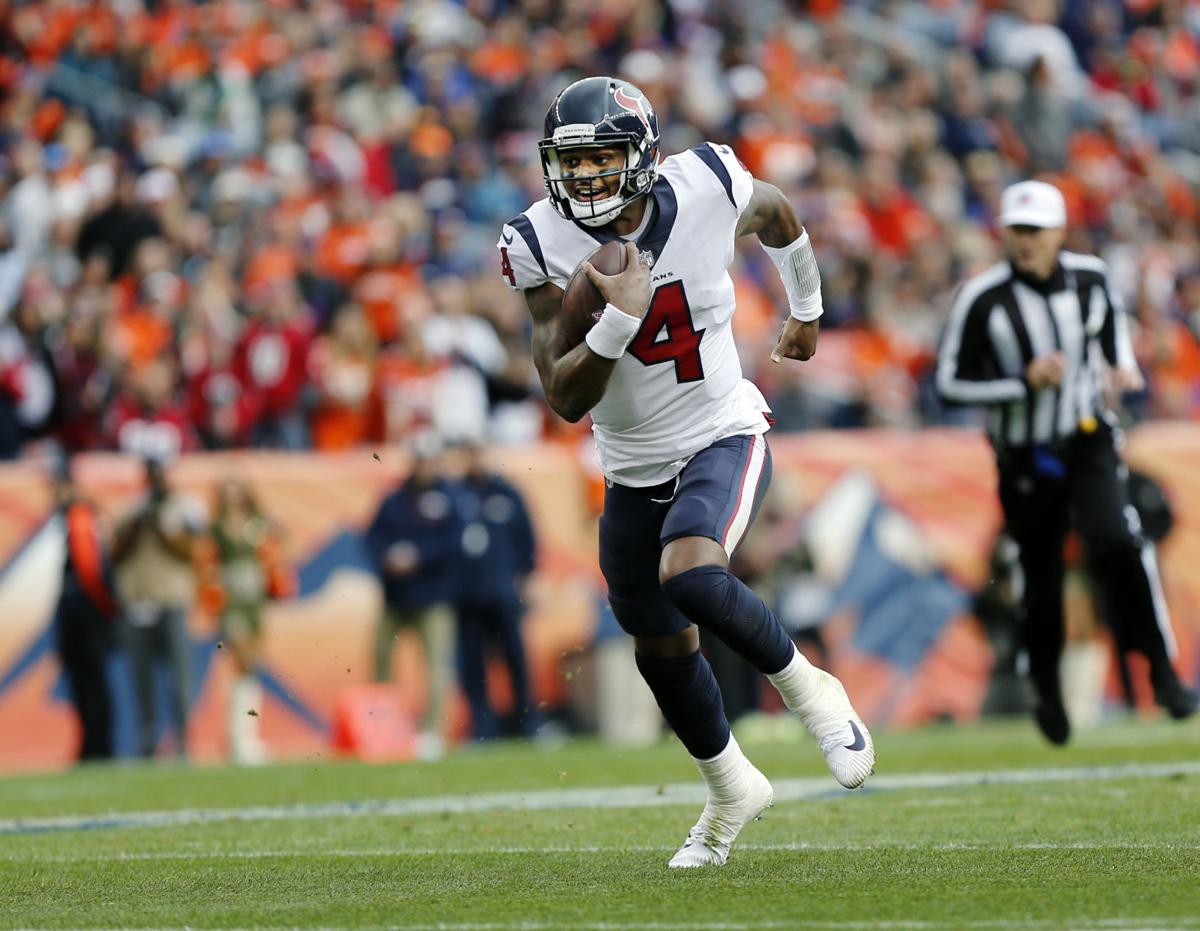 Texans quarterback Deshaun Watson rushes the ball during the second quarter of the game at Broncos Stadium at Mile High on Nov. 4, 2018. The Broncos fell to the Texans 17-19.(The Gazette, Liz Copan) 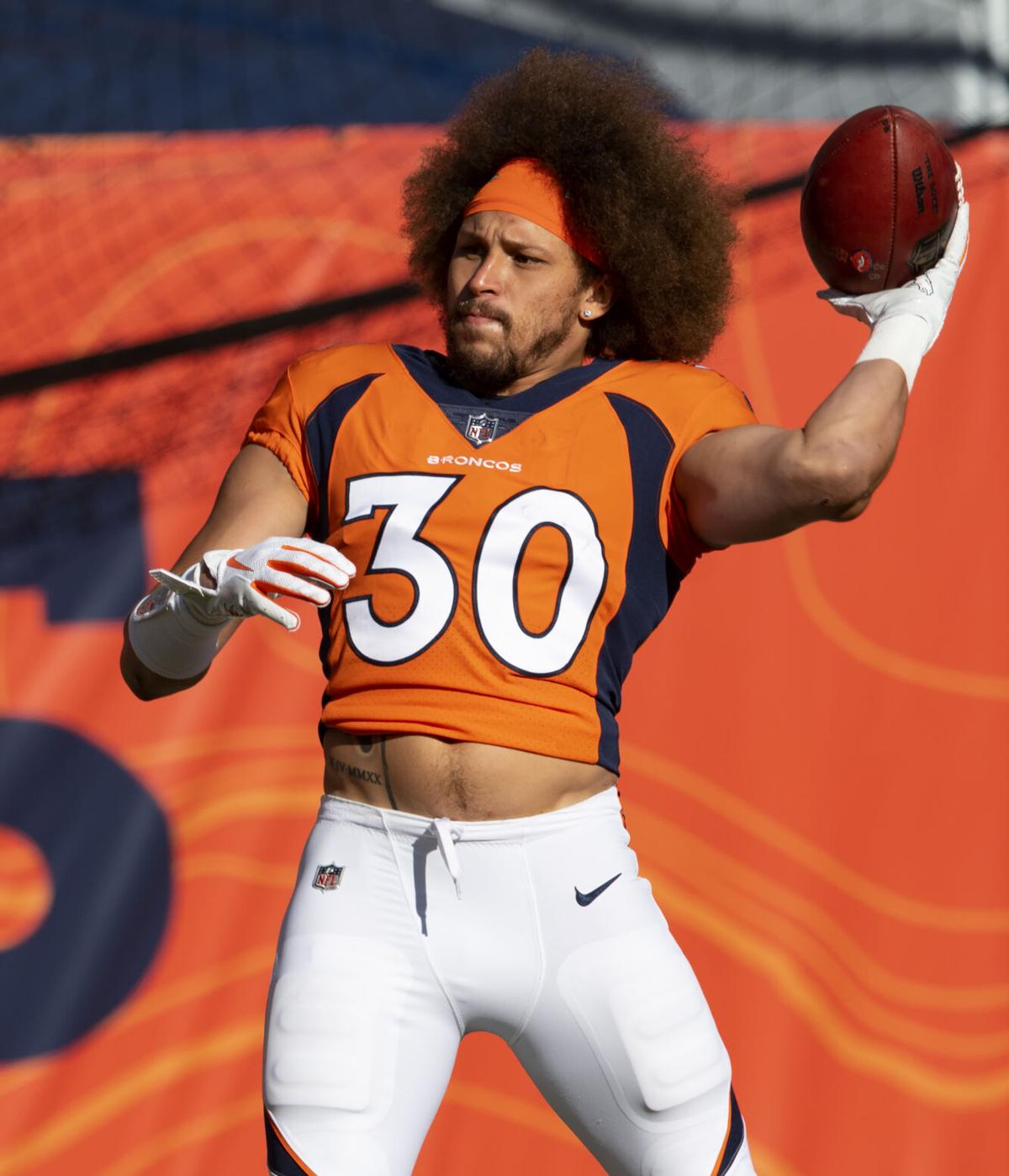 Denver Broncos running back Phillip Lindsay (30) warms up before the Broncos’ game against the New Orleans Saints, Nov. 29, 2020, at Empower Field at Mile High in Denver. (The Gazette, Christian Murdock)

Texans quarterback Deshaun Watson rushes the ball during the second quarter of the game at Broncos Stadium at Mile High on Nov. 4, 2018. The Broncos fell to the Texans 17-19.(The Gazette, Liz Copan)

Denver Broncos running back Phillip Lindsay (30) warms up before the Broncos’ game against the New Orleans Saints, Nov. 29, 2020, at Empower Field at Mile High in Denver. (The Gazette, Christian Murdock)

He’s a workaholic, this George Paton. The Broncos website shadowed Paton on his morning commute to UCHealth Training Center. Paton, an early riser, clocked in to the job at 4:50 a.m.

“I went into Vic (Fangio’s) office last night at 8:45 and he’s watching a college prospect,” Paton said, sounding like a proud co-worker who best relates to the grinders of the football world.

He’s not going to rebuild the Broncos in one offseason, this George Paton. Sorry to crush dreams of Deshaun Watson or Russell Wilson, but nothing Paton has said since he arrived in January suggests the Broncos will push all their chips into the 2021 season — unless an otherworldly deal presents itself. That trend continued Thursday when the theme of Paton's message was a brick-by-brick, deliberate build of a Broncos roster that has so many holes to fill.

One man's takeaway: the next Broncos will flirt with the playoffs only if the players injured last year return better than ever. There was no big splash suggested anywhere in Paton’s tenor.

“You never want to go crazy in free agency,” he said.

The good news is the Broncos want to bring all your favorite players back.

The bad news is the Broncos, who went 5-11, want to bring all your favorite players back.

“We want to bring Von back,” Paton said.

“We’d love to have Shelby back.”

And A.J. Johnson and Tim Patrick? Take a guess.

“Two good football players (that) we look forward to being here in the future,” Paton said.

Unless my eyes and ears deceive me, Paton envisions a long-haul project. He sees correctly.

“You don’t want to build your team in free agency. You want to fill selected needs going into the draft. That’s been my philosophy,” he said. “You don’t always want to be the first one out of the gate and throw all your money (in). But if there’s something unique you’ll take a shot.”

The year 2020 was the longest decade ever. But it has been 1,852 days since the Broncos last participated in a playoff game. And it has not been “The Adventure of a Lifetime” that Beyonce, Bruno Mars and Coldplay promised during the halftime show at Super Bowl 50.

The Broncos are banking on their injured players returning in full force. Some of their most significant “additions” were already here, but hurt. In all of the NFL, the Broncos had the most total cash placed on injured reserve — $41.9 million, according to Spotrac.com.

Oh, and Von Miller, whom, as you might expect, Paton hopes will remain in orange and blue. After missing last season due to injury, Miller is under criminal investigation by Parker police.

“Obviously the legal process and what’s he going through, it’s a serious situation,” Paton said.

It would not surprise me in the least if the Broncos pursue Cowboys free agent Aldon Smith, who remains tight with Fangio from their San Francisco 49ers days. Could Aldon be Von’s successor? Stay tuned and stand by. He plays things close to the vest, this George Paton.

Inside the building, where media no longer are allowed to go, Paton has been advertised as “someone who will turn over every rock.” Five-day work weeks are now seven-day marathons.

"Boots to the ground and working his butt off," Fangio said.

But is this George Paton the right GM to lead the Broncos back to relevancy and the postseason?

“I think we got a great, great one here,” Fangio said.

Stay tuned and stand by. Here’s a hunch the Broncos' turnaround happens later, not sooner.

He has his hands full, this George Paton.

Woody Paige: Broncos GM speaks up but doesn't say much

If George Paton were asked to give an important address about the Denver NFL team, he would say: “13655 East Broncos Parkway.’’