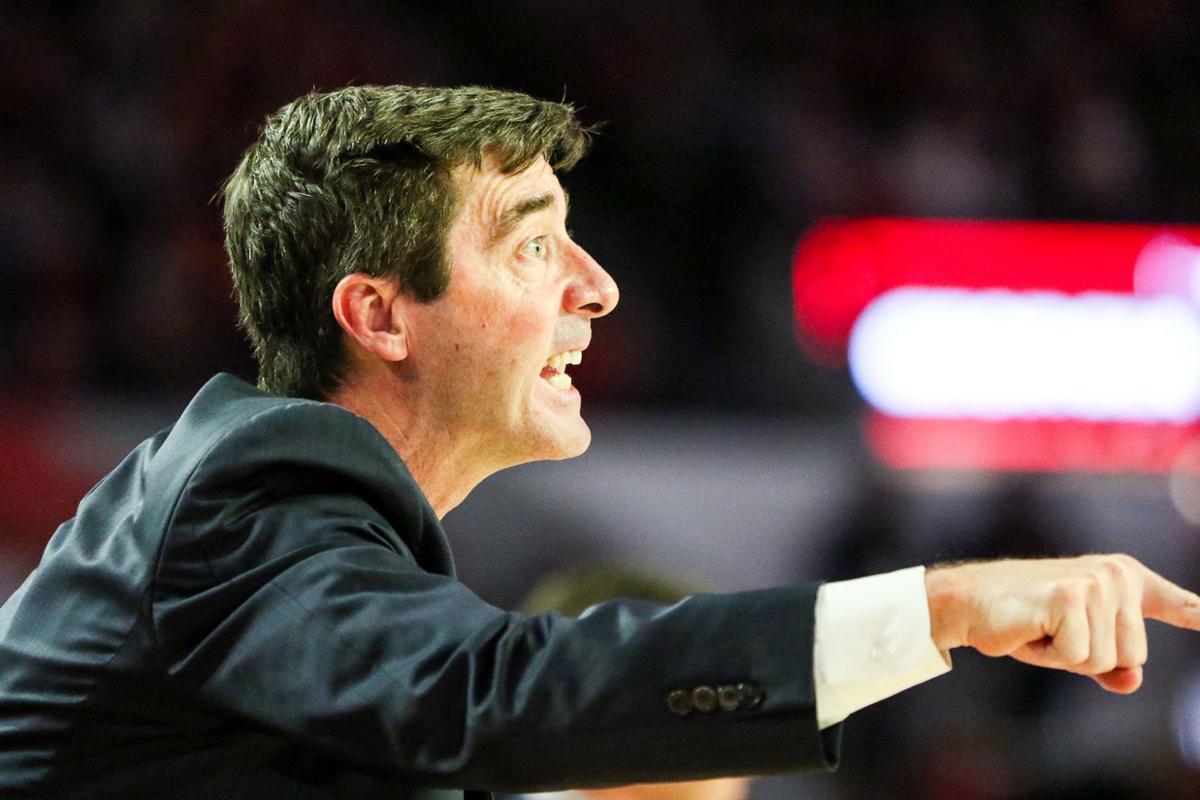 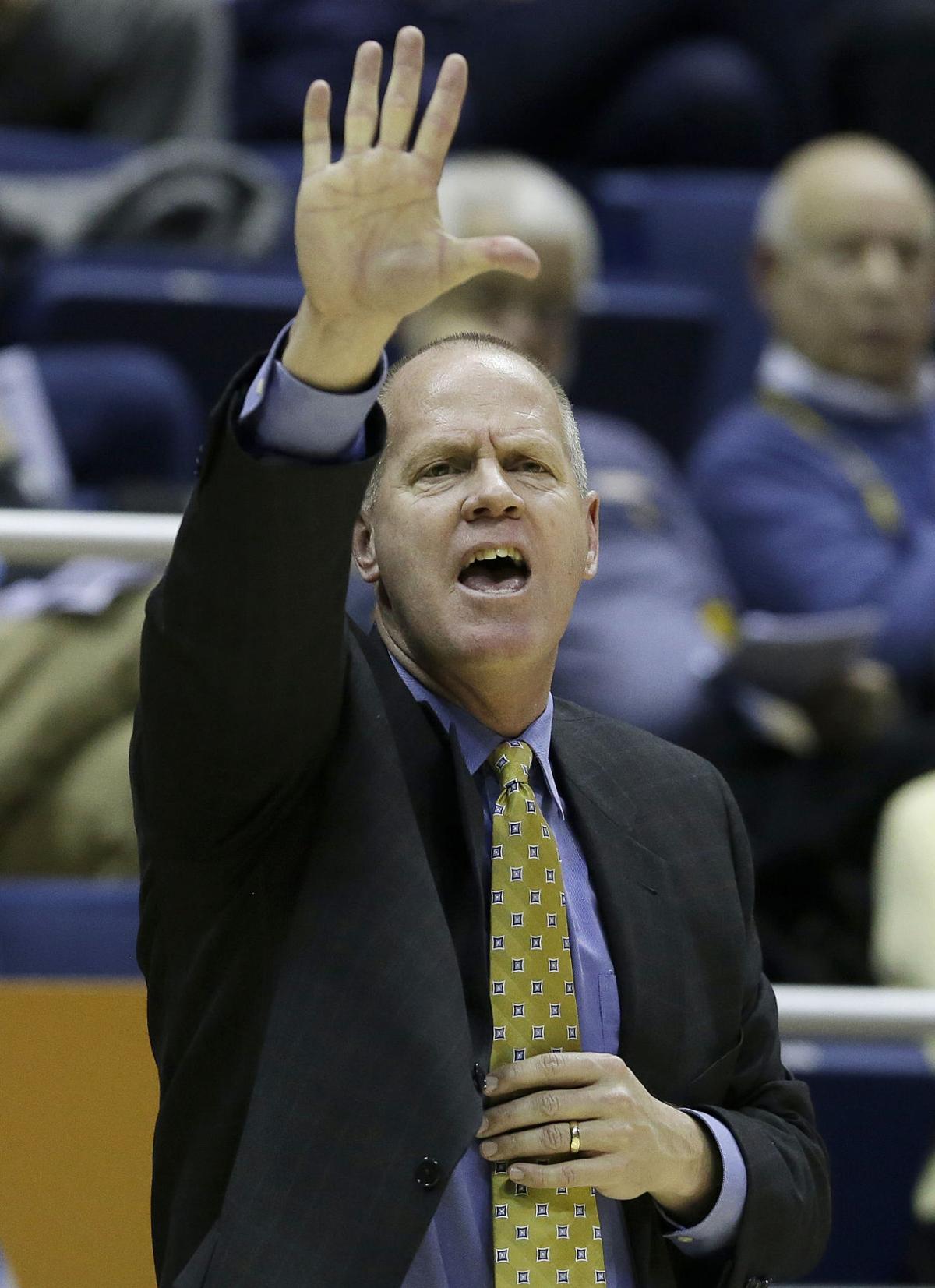 Colorado head coach Tad Boyle signals to his players during the first half of an NCAA college basketball game between California and Colorado in Berkeley, Calif., Friday, Jan. 1, 2016. (AP Photo/Jeff Chiu)

Colorado head coach Tad Boyle signals to his players during the first half of an NCAA college basketball game between California and Colorado in Berkeley, Calif., Friday, Jan. 1, 2016. (AP Photo/Jeff Chiu)

DENVER — Hey, Mountain West. Take a good look at how the Pac-12 goes about its business.

Then do the opposite.

What's it called when a conference does its own programs wrong? You just got Pac-12’ed.

This has nothing to do with their attempts to play Pac-12 and Mountain West football in the spring instead of the fall, by the way. That decision can be explained away with the threat of the coronavirus. But the Mountain West, which is based in Colorado Springs, can learn from the egregious mistakes of its geographical peer when it comes to the 2020-21 men’s and women’s basketball seasons.

Wait and see what the next two months brings. Wait and see how football handles the pandemic in the ACC, Big 12 and SEC. Wait and see before scrapping your nonconference hoops seasons.

What’s the hurry? While the Pac-12 banned basketball until January 2021, a Mountain West spokesman said the league is in ongoing discussions about its own winter sports. No decisions have been made yet, so the Mountain West is already smarter than the Pac-12.

When someone shows you who they are, believe them. And the Pac-12 showed that common sense is nowhere to be found in the league’s DNA. One of the few certainties we have with COVID-19 is that the data and our knowledge change daily. Yet three months before it would even start, the Pac-12 buried the nonconference seasons for men’s and women’s hoops. Huh?

Maybe a month from now it’s clear the virus is still a factor. Cool. Make the decision then.

But in the middle of August? All that does is punish the league’s own teams. It really gut-punched the Buffs, who have a sweet team and had a sweet lineup of Kansas, Colorado State and Pepperdine coming to Boulder — and now the Buffs will play zero games before January.

“I don’t know why basketball was put into this (decision),” Boyle said. “Again, I shake my head.”

Some of college basketball’s heavyweights are already tossing around fun ideas to counter a landscape that’s being run by politically minded university presidents whose default is “Shut it down!” While the sport could never achieve a true bubble like the NBA, there are influential coaches who believe a mini-bubble could be achieved in a November or December round-robin that limits their exposure to the outside world. Who wouldn't sign up to watch a weekslong hoopfest featuring Duke, Gonzaga, Michigan State, Baylor, Villanova and Creighton?

Here’s how you know the Pac-12’s choice to ban basketball until Jan. 1 was driven by something other than the health and safety of the athletes: CU’s had 11 scholarship players working out on campus since June 7 — over two months ago. Zero positive tests for players and staff. Zero problems. Plus, the safest part of the academic calendar would be the nonconference window between Thanksgiving and Christmas — when CU-Boulder transitions to remote learning and the campus is mostly empty of students.

Either the Pac-12 is dumb, lazy or both. Boyle confirmed the Pac-12 office never contacted CU hoops to consider its opinion. That’s a shame, and it hurts the athletes the most. Hard-working players like McKinley Wright IV and D’Shawn Schwartz will give four of their best years to the Pac-12. Their will to win is measured in tons.

That’s the hope here for the Mountain West. Take your time. Get creative. Follow the data.

Give it a month or two to simmer. Follow the Pac-12’s premature lead ... then do the opposite.

When the Colorado College women’s soccer season was postponed after weeks of swirling rumors, there was naturally a letdown. But also relief.