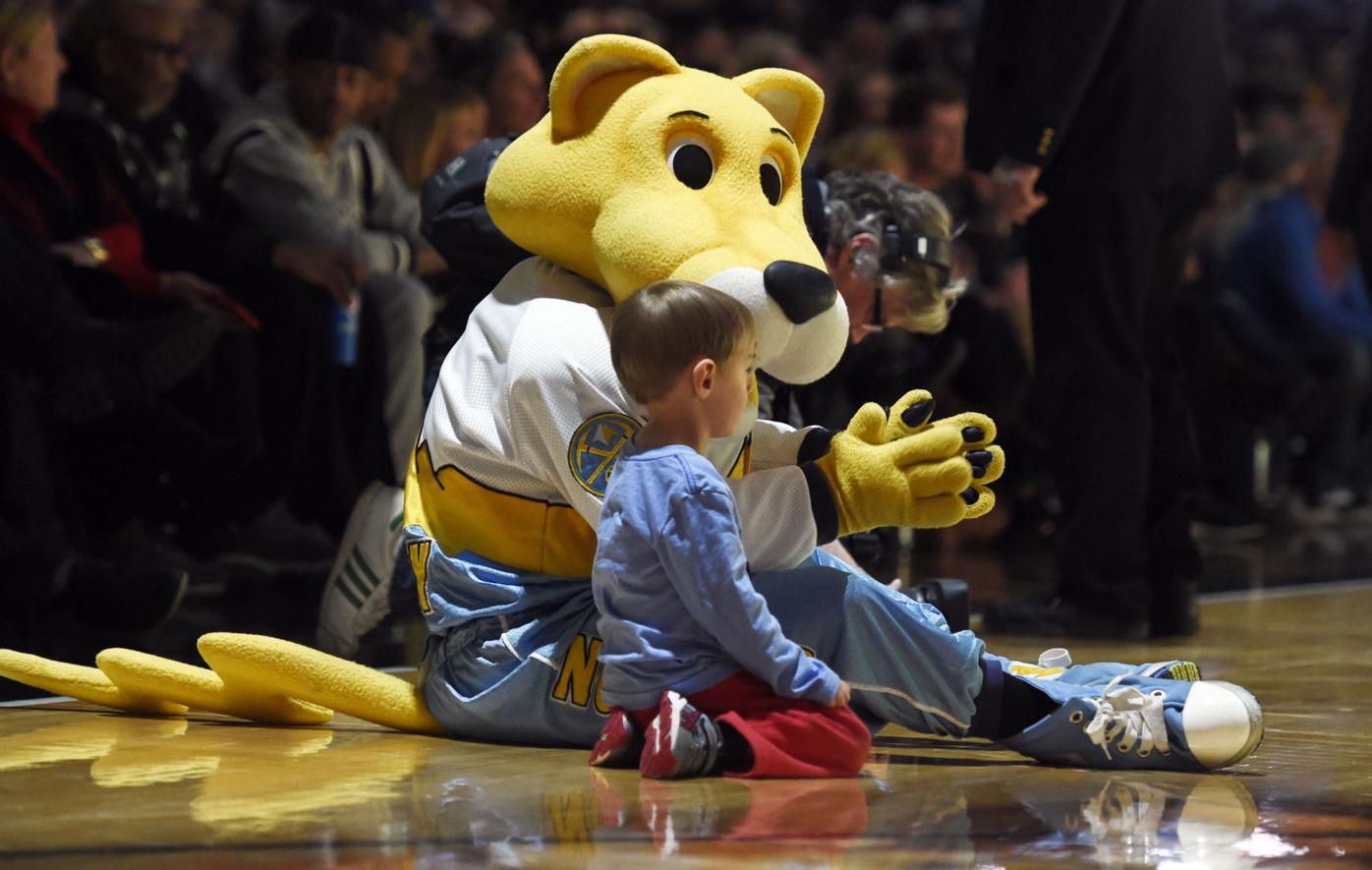 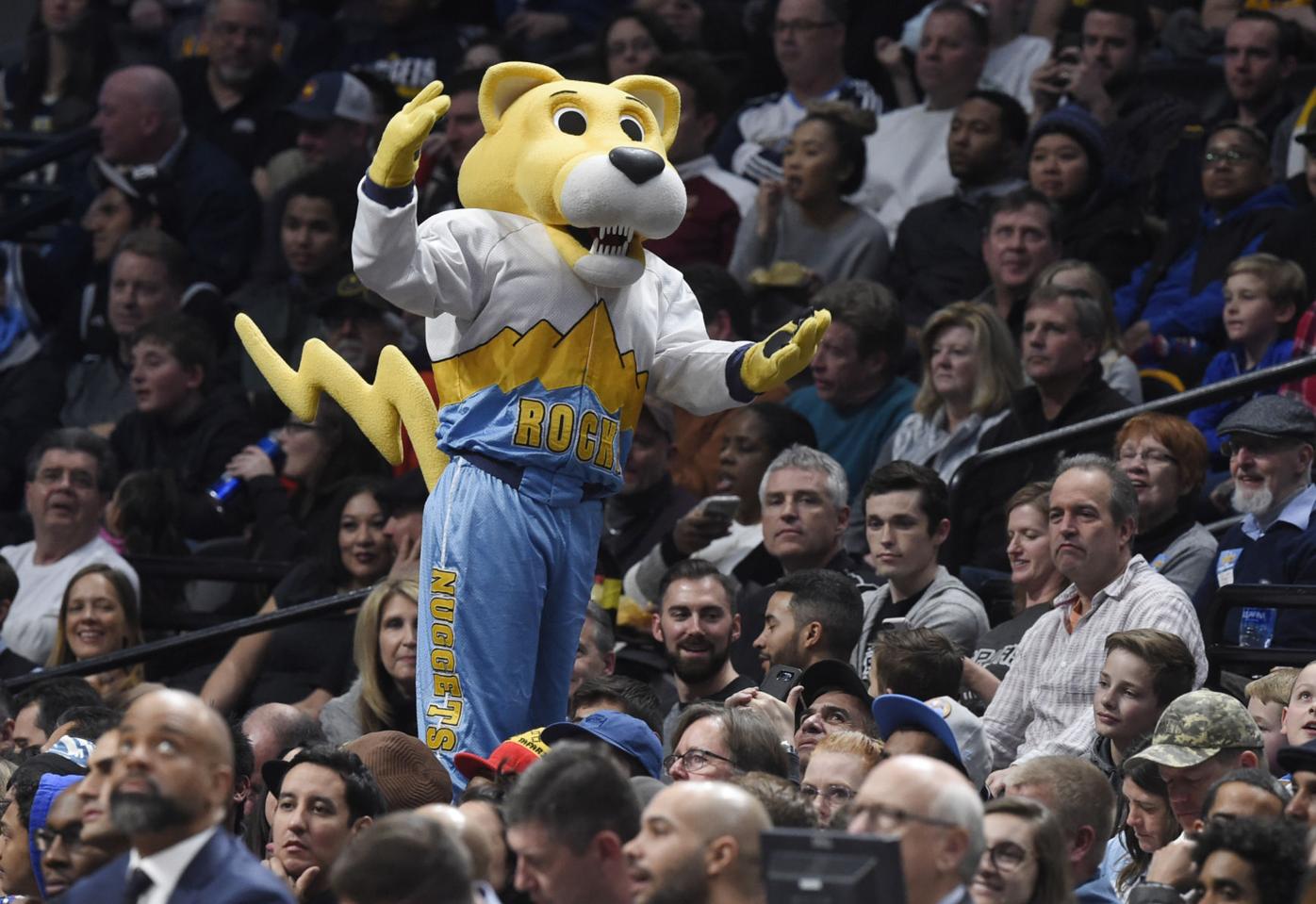 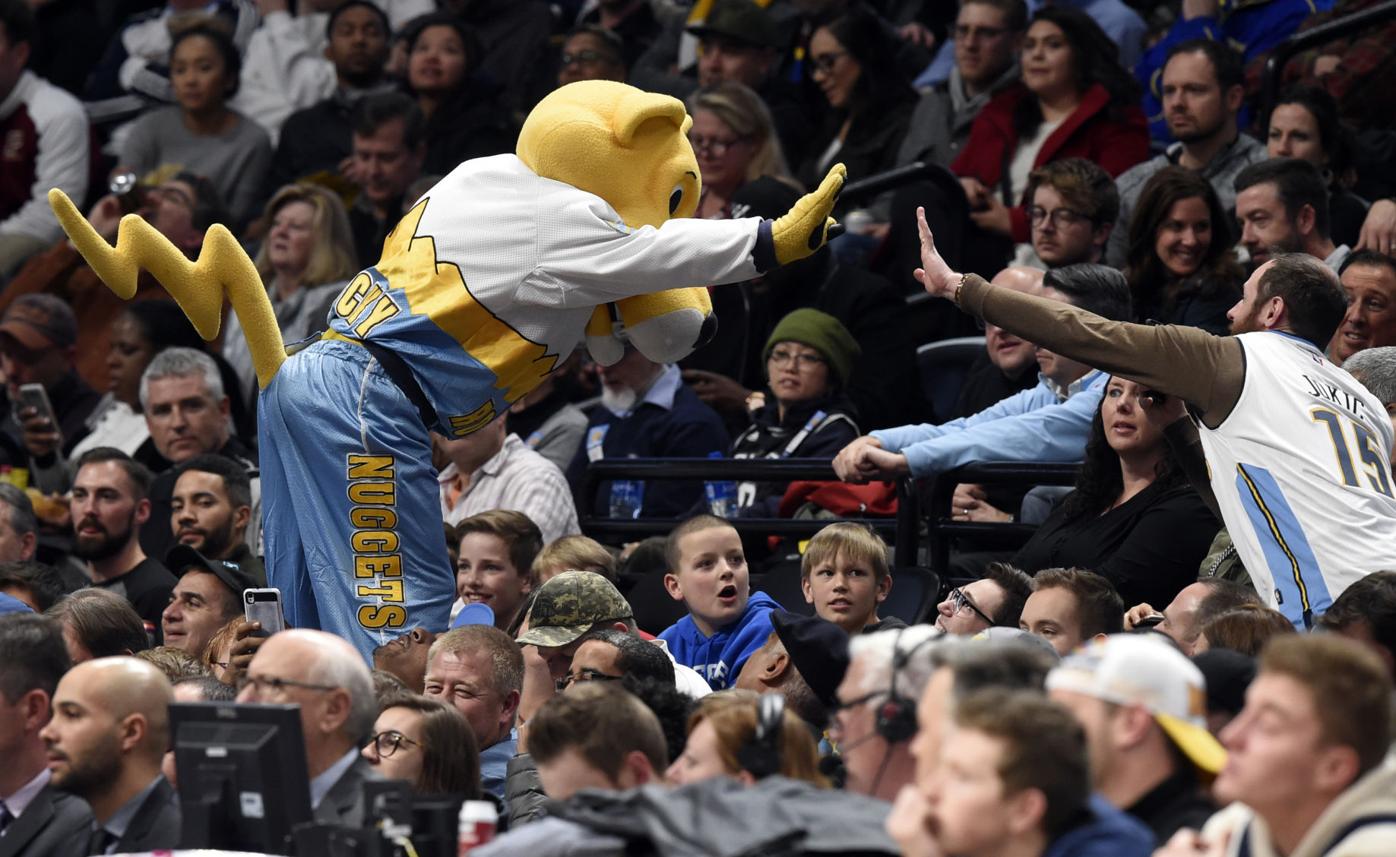 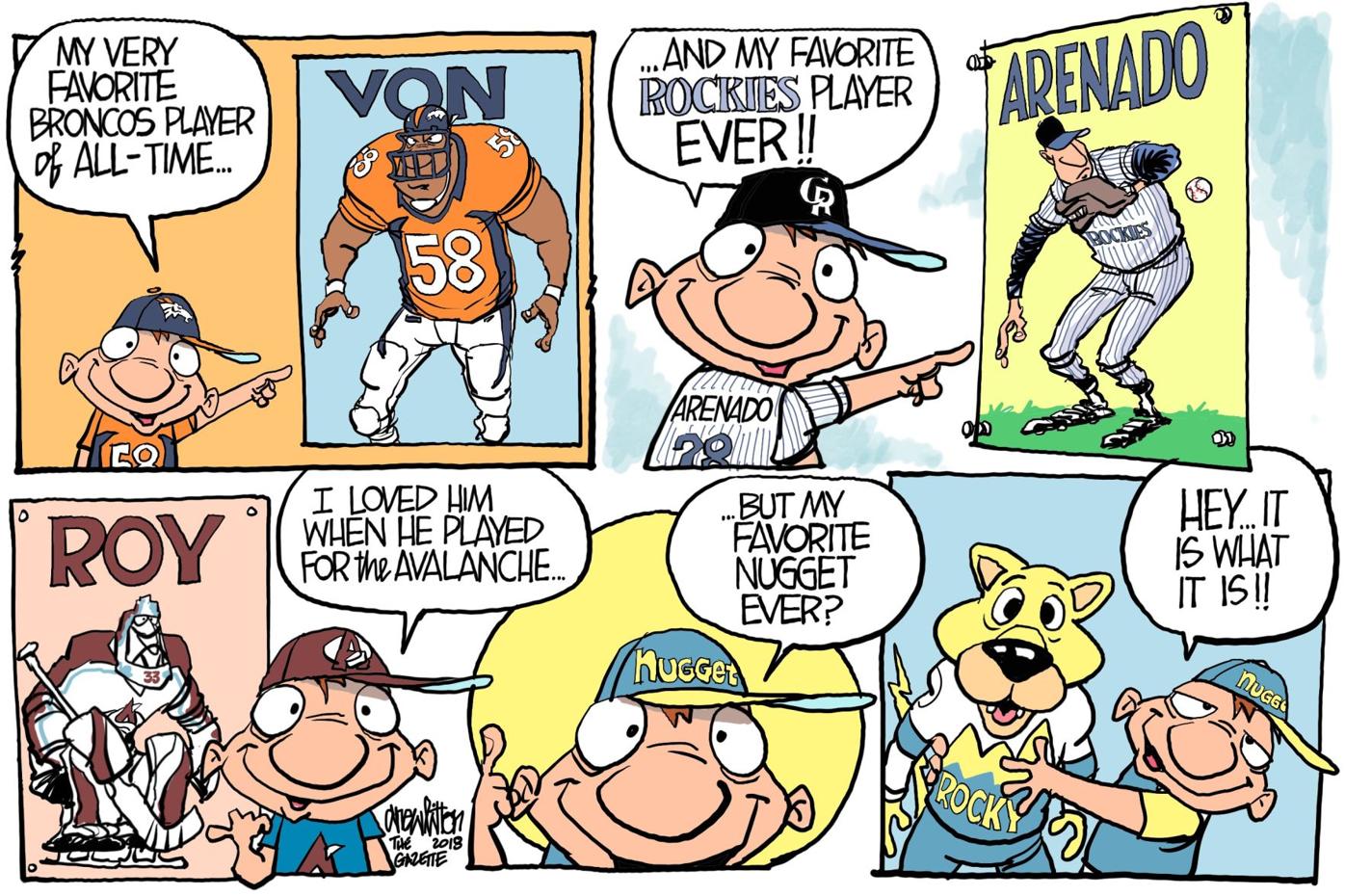 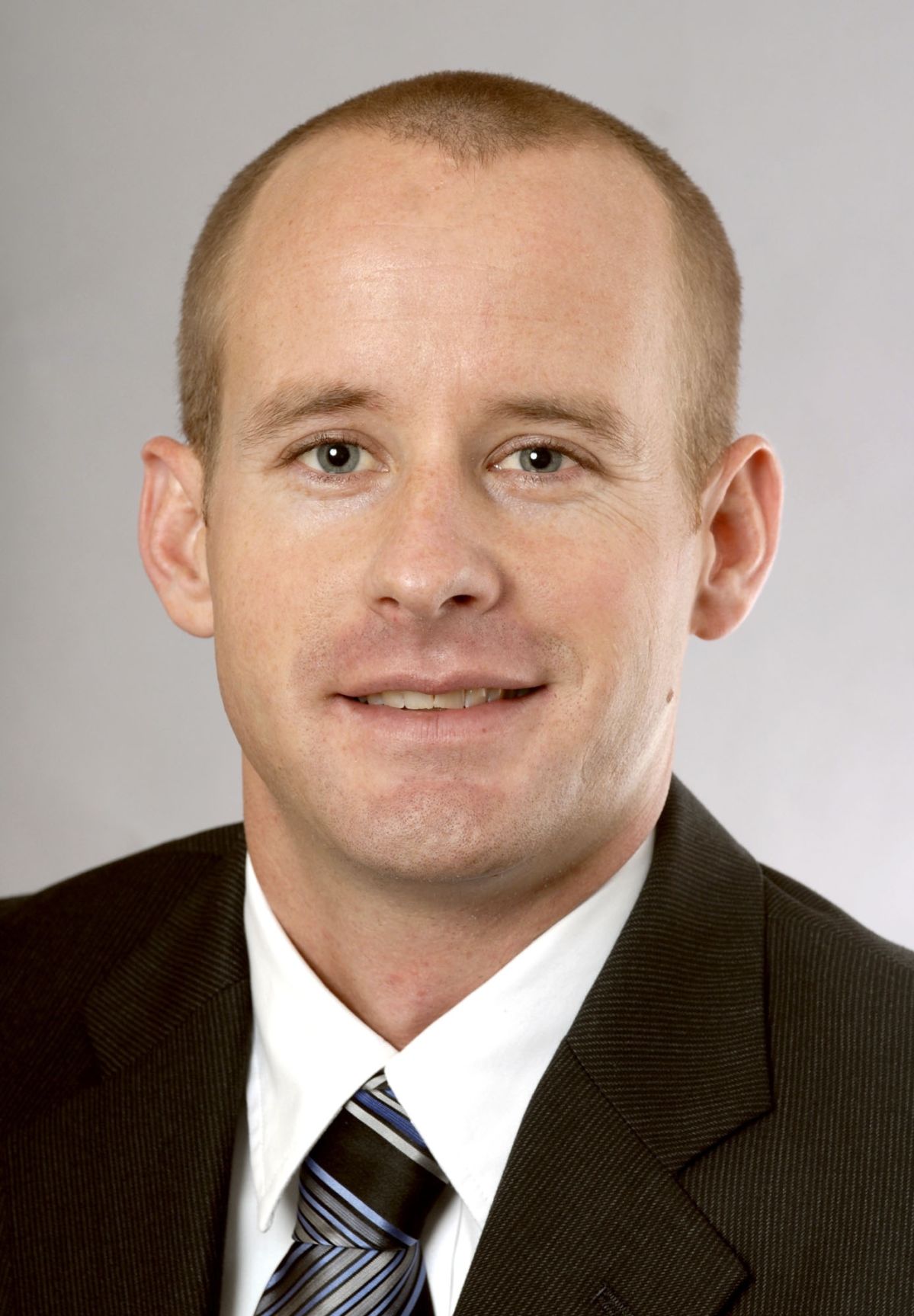 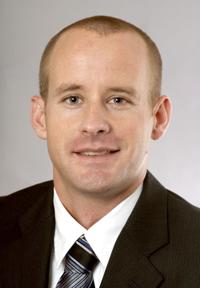 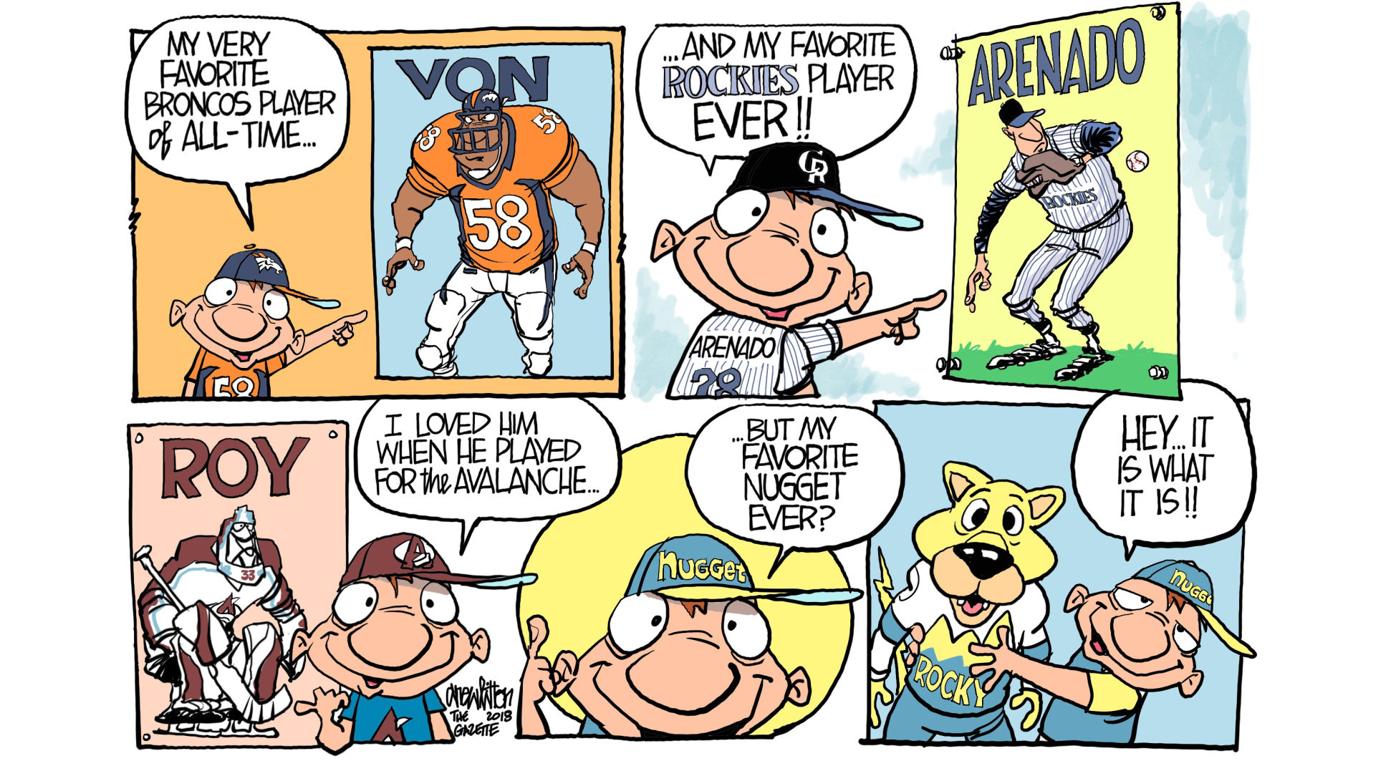 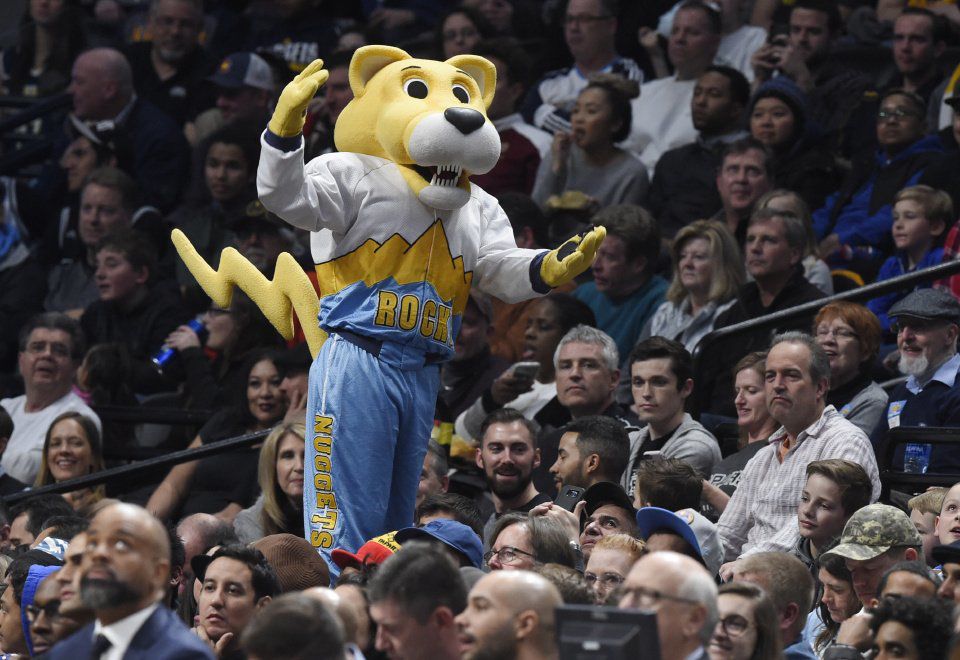 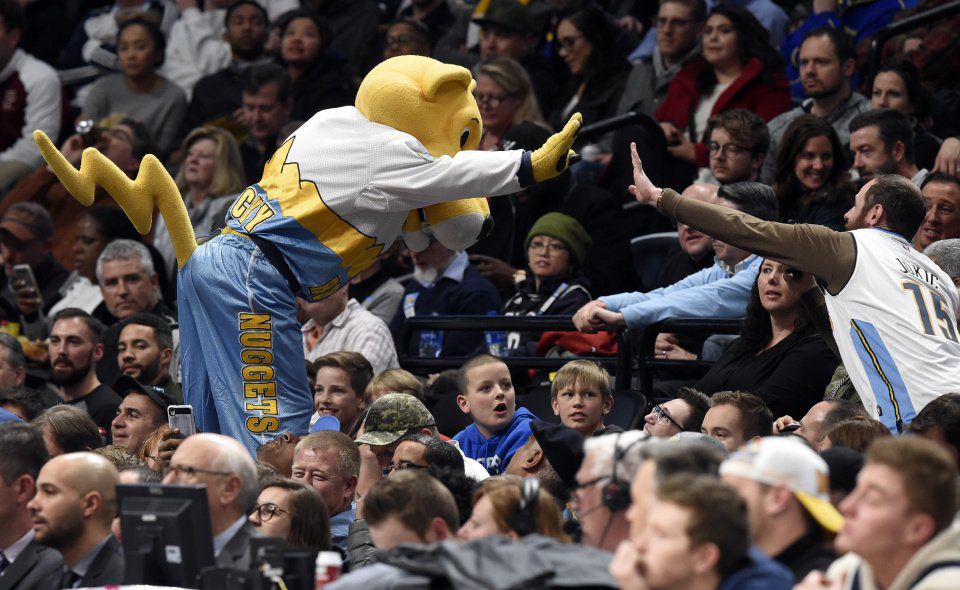 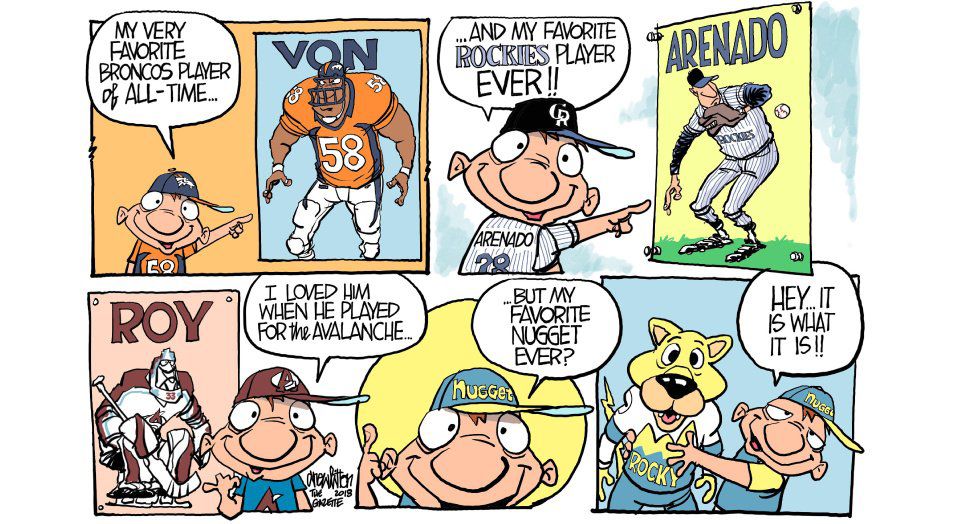 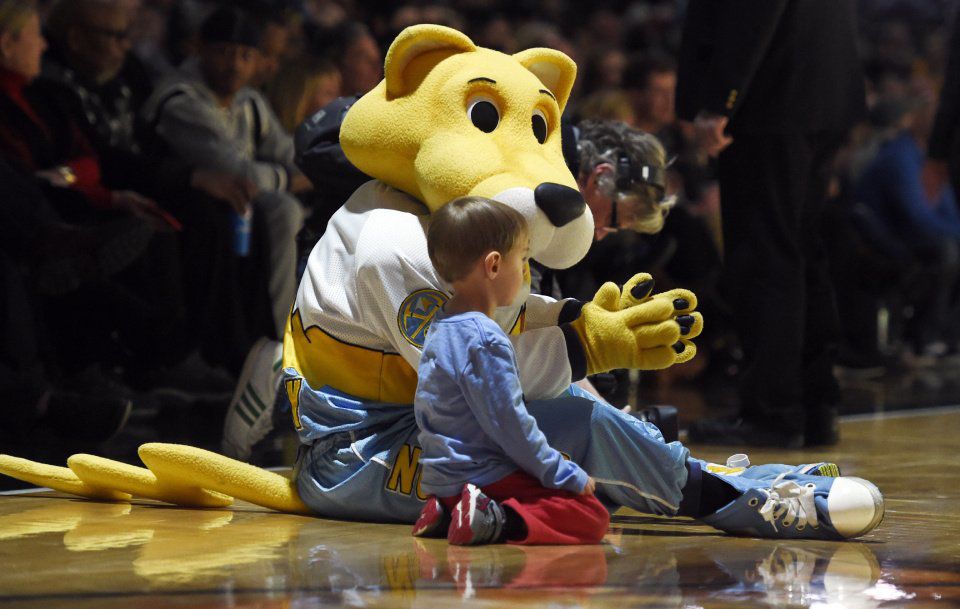 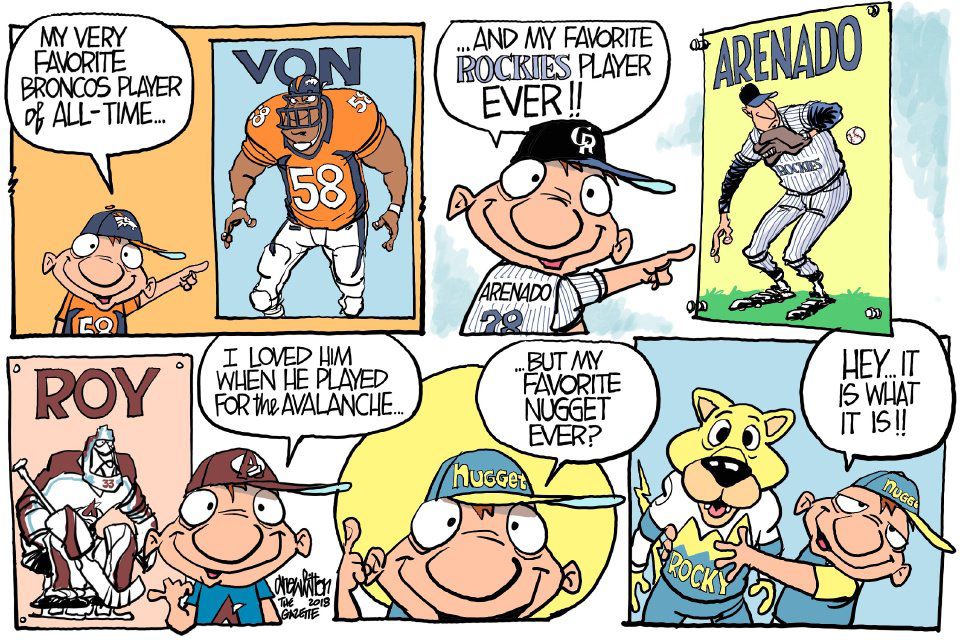 DENVER — The cat, the myth, the legend has stories from head to tail.

“I don’t know if my origination has ever officially been told,” the one-and-only SuperMascot Rocky whiskered to me in an exclusive interview with The Gazette.

We met on club level at Pepsi Center to let this cat out of the bag. Rocky had just returned from his game-day routine: a light jog through the foothills on the edge of Golden, a few pull-ups on evergreens, a cat nap. He is in Year 28 of his reign as the best mascot in sports — don't cat me. Here’s how it began.

“I was just a young mountain lion cub, high in the Rocky Mountains,” Rocky said. An electrical storm had roared in. Paws quivering, baby Rocky found shelter deep in the back of a dark cave. It was there he befriended the lightning bolt — “Flash” — that became his own super-powered tail.

“We’ve been joined at the hip ever since.”

Rocky debuted with the Nuggets in 1990. Pro basketball here hasn’t been the same since.

In a rare tail-all, Rocky reflected on almost three decades of in-game entertainment (including the time Charles Barkley knocked him out cold with one punch), baby announcement parties (“Pushing a stroller with a Rocky doll”), directing the Colorado Symphony Orchestra, dancing in the Colorado Ballet (the genesis of his favorite Nuggets skit, “The Nutcracker,” an annual holiday spectacular), Bar and Bat Mitzvahs, college graduations, birthday bashes (“The last one I did, it was her 75th”), declining the Broncos' overtures, skydiving in full uniform (his parachute malfunctioned), even feline profiling.

“I don’t hold a grudge,” Rocky said. “It’s not every day you see a mountain lion driving down I-25.”

Rocky goes by one name, and you know some of his closest friends the same: Chauncey, John, Von, Raef, Chuck (Barkley and Blackmon), Dikembe, J.R., Michael, Magic. Terrell Davis requested a personal meeting to exchange autographs. Magic Johnson once flew Rocky to Mexico. When Von Miller attempted (and airballed) one of Rocky’s trademark half-court shots, the Super Bowl MVP shouted to the big cat: “This is way harder than it looks!”

Rocky’s celebrity got its start alongside John Elway.

Elway was in his heyday as the Broncos’ star quarterback, and that night inside McNichols Sports Arena, Rocky’s bosses introduced a strict policy: Do not go near No. 7.

Rocky’s own policy is one he wishes to share with Colorado’s kids: “Never let anyone tell you that you can’t do something.” And just as the omnipresent voice on his headset warned, “Don’t do it, Rocky!” the fearless mountain lion approached the fearless quarterback in a courtside seat.

Rocky’s plan was to tell Elway he would be dunked on — then, while Elway still couldn’t see, leave him standing all alone under the basket. Ha! The P.A. announcer (“Dunk it, Rocky!”) and the respective teams rolled with the bit. Even the referees played along, delaying the game clock. Once Elway realized the joke was on him, “the class act that he is, he just laughed it off,” Rocky said. “Then he grabbed the ball and threw up a hook shot.”

Rocky looks fear in the eye and licks his paws — like the time he was asked to skydive over Longmont. Just as he leapt from 4,000 feet, his parachute pack bumped the side of the plane, pitching Rocky into the prop blast and tangling his cords. They wrapped around Rocky’s head and ears. His chute failed. “For a split second I thought that was the end,” he said.

“Thank goodness I have nine lives and always land on my feet.”

On Nov. 2, 2014 — during player introductions for the first game of the Nuggets’ season — Rocky landed on his feet but collapsed to the court. I was among the 16,000 who wondered: Is this part of the show or has something terrible happened to Rocky? It was the latter. As far as Rocky remembers, when he stepped off the top beam at Pepsi Center, the rappelling harness yanked his jumpsuit tight around his neck. He had forgotten to unzip his jacket.

“I passed out immediately.”

This is no scaredy cat. There was a broken shoulder in Guadalajara (the ambulance was a cargo van with a wooden sheet nailed to the hold) and a broken back when the trampoline slipped. Rocky missed eight weeks of the Nuggets' season. The games were not the same without him.

Sir Charles literally gave Rocky a headache. Barkley head-butted Rocky, slugged Rocky, pulled the stilts out from under Rocky. But they are great friends. “Charles understands this is entertainment," Rocky said. When Barkley retired from basketball, the Rockets flew Rocky to Houston and put him up in a five-star hotel for the ceremony. His unrivaled career has taken Rocky to 27 countries around the globe, from China (where Rocky raced down the Great Wall) to Russia to Argentina to Vietnam to Africa (where he traveled with Mutombo). Last week he was in London. “I’d be lion if I said this wasn’t a fun ride,” Rocky said, and then he giggled, his head bouncing as it does.

“In terms of personality and being fun to work with, our (Nuggets) team now is one of the best we’ve ever had,” he said.

Rocky’s real-life son is the high-flying mascot of the Cleveland Cavaliers, “Moondog.” And Rocky is partial to Colorado's own. At Rocky’s request, Chauncey Billups spoke to a local high school football team prior to a state playoff game. The “King of Park Hill” stood on an aluminum bench in cold, driving rain as he delivered a rousing speech to the kids. Colorado basketball’s best-known entertainers had teamed up.

“We grew up here together,” Rocky said.

There’s only one Rocky.

Over 28 years Rocky has been a regular at elementary schools, fundraisers, children’s hospitals. He once entered a hospital room where a girl was in a coma. “It looked like she was asleep,” Rocky recalled. The child’s mother stood bedside. Rocky gently touched the girl’s left hand with the back of his paw. Right then she opened her eyes.

“You know how you can feel when someone is smiling?”

Get to know your new neighbor: 15 facts about the Denver Nuggets

The average height of Colorado Springs residents is about to spike as the Denver Nuggets will be in town Oct. 1-5.