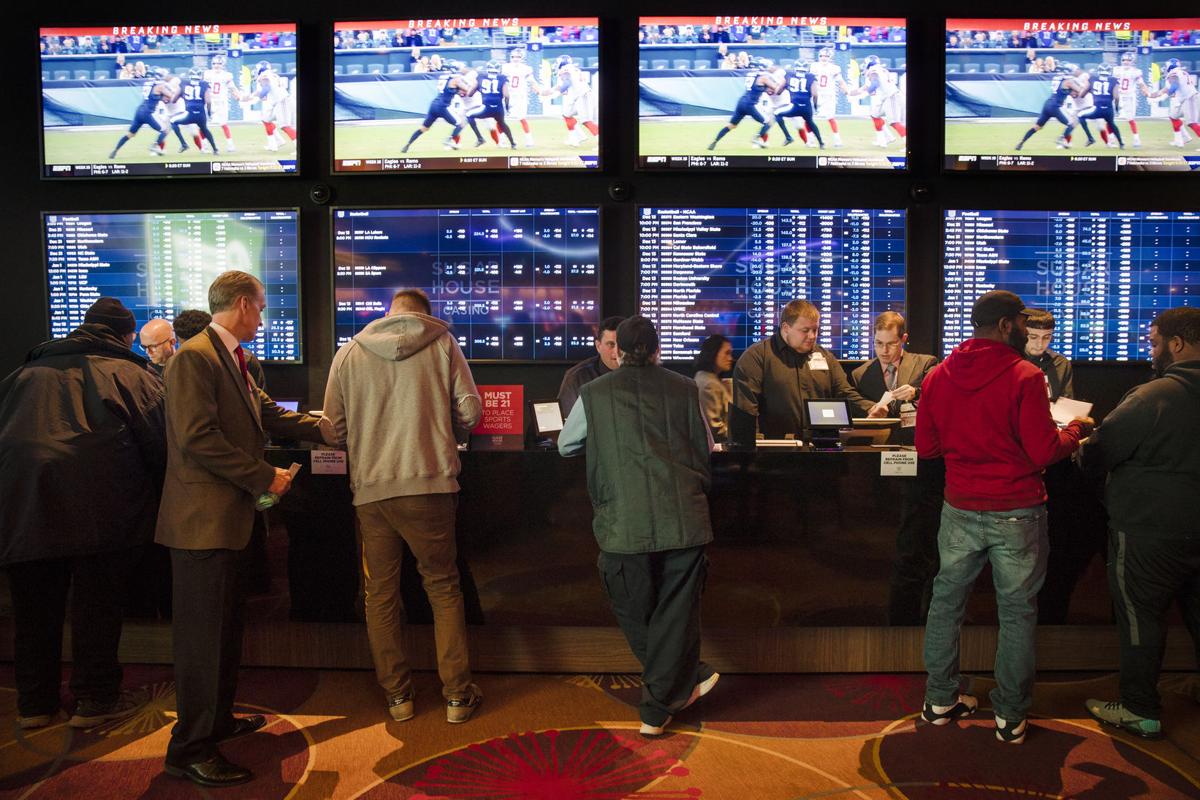 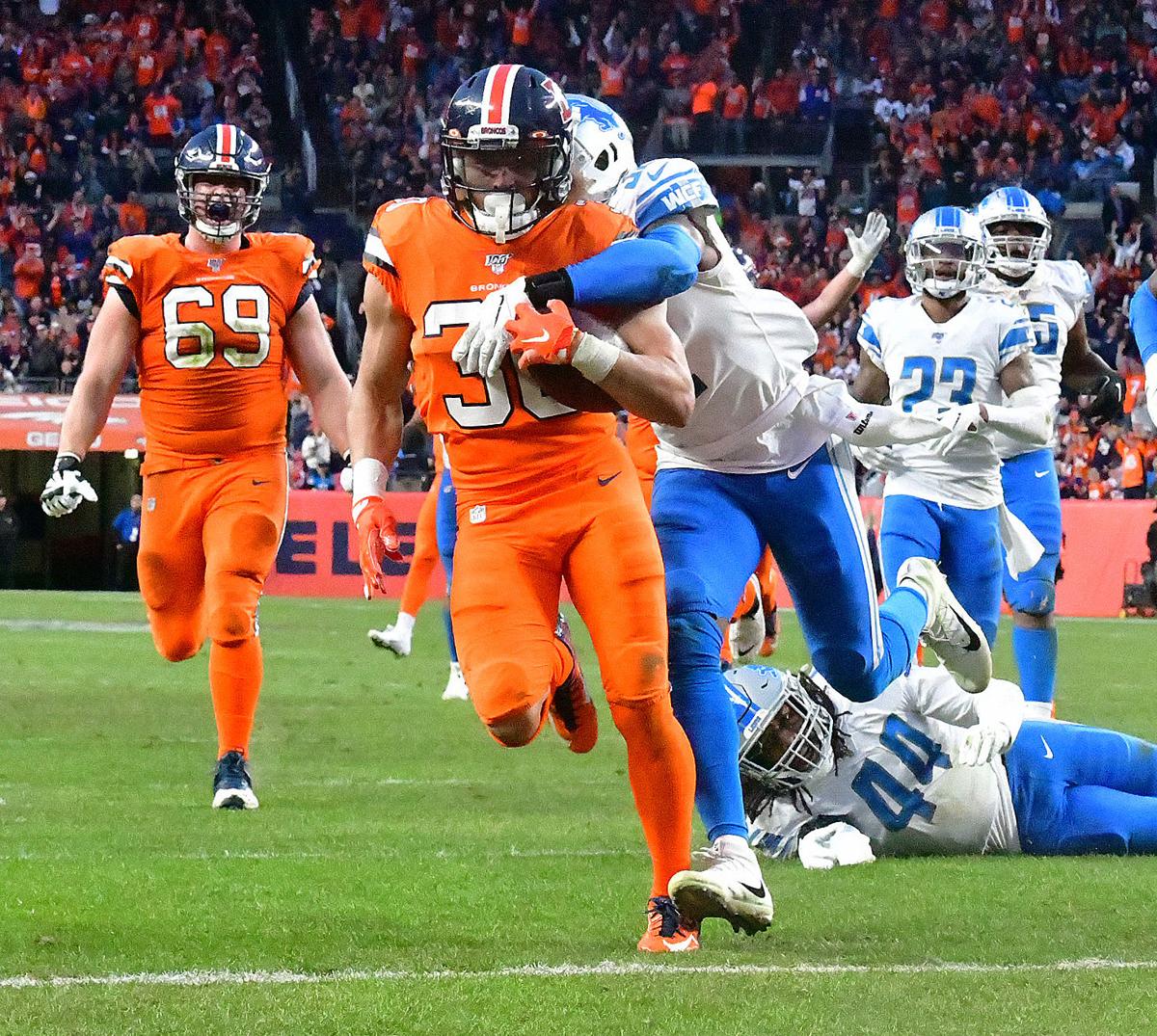 In the fourth quarter, Broncos running back Phillip Lindsay steps on the goal while being pursued by Lions safety Tavon Wilson and a host of other Lions during the fourth quarter of a game Empower Field at Mile High on Sunday, Dec. 22, 2019. The touchdown sealed the victory for the Broncos 27-17. (Photo by Jerilee Bennett, The Gazette)

In the fourth quarter, Broncos running back Phillip Lindsay steps on the goal while being pursued by Lions safety Tavon Wilson and a host of other Lions during the fourth quarter of a game Empower Field at Mile High on Sunday, Dec. 22, 2019. The touchdown sealed the victory for the Broncos 27-17. (Photo by Jerilee Bennett, The Gazette)

There’s never been a better time for a sports fan to have a terrible memory.

Can’t remember the Peyton Manning vs. Tom Brady matchups at Mile High? No worries. Flip on NFL Network, and the 2013 and 2015 AFC championship games are probably replaying at some point. Don't recall how the Nuggets upset the Sonics way back in Game 5? Fire up Altitude TV. See if the replay's on.

“The game I always wanted to watch again was Game 163 for the Rockies,” says Jay Kornegay, the executive vice president of SuperBook USA and a Colorado sports superfan with a Colorado State University degree. “Everyone remembers Matt Holliday touching home, but the other stuff...”

Bettors in the sports gambling world are inching toward an unforgettable stretch of opportunity — or financial peril. What do you get when the NFL, NBA, NHL and college football all start or restart right around the same time?

“The bettors will be in gambling heaven for August and September, especially if the NHL and NBA come back like it looks like,” says Kornegay, whose SuperBook has partnered with the The Lodge Casino in Black Hawk. “I can see this August being one of the biggest Augusts we’ve ever seen.”

OK, with the introduction of legal sports gambling in Colorado back on May 1, how big are we talking here? Well, in the month of May, largely without actual sports being played, more than $25.5 million in bets were placed here, according to the Colorado Department of Revenue. And that’s with only seven licensed Internet vendors in operation. The state has approved 33 master licenses, 25 Internet operators and 19 brick-and-mortar retail operators, most of which will debut when sports return in full. It’s an astounding set of numbers that come with their own soundtrack: Cha-ching.

So it’s no surprise teams are cashing in. First up in the NFL: your Denver Broncos. Monday, the Broncos became the first franchise with a sports betting sponsor when they announced a multi-year partnership with FanDuel.

The gambling relationship that once was taboo is now welcomed with open pocketbooks. While the gambling market has been muted due to the coronavirus pandemic, in two months it will hit the open field like running back Phillip Lindsay.

“The UFC has really carried the flag for bettors during this time,” says Kornegay, who wondered whether Nevada’s mobile gambling operators would have shut down without UFC.

As millionaire athletes question whether it’s OK to return to the court, ice and field during a pandemic and waves of protest marches, there is no guarantee that sports return in the final days of summer. So, for this purpose we will operate with the assumption the NBA and NHL are coming back — to neutral courts, without fans, to start. That’s a bigger deal here at 5,280 feet, given the altitude advantage that no longer will be a consideration for oddsmakers.

“There are certain homecourts that raise the (betting) line,” Kornegay says.

In the NBA, the Nuggets have one. When it comes to the Avalanche, home ice doesn’t influence NHL lines as often — until there’s a Game 7 situation, Kornegay says.

The restart of these leagues come with a slew of unknowns and unusual questions. How will empty arenas influence officiating? Will the extended layoff finally come to an end with some superstars out of shape? And a personal favorite: Which teams actually want to finish this season?

My theory on that scenario plays out: picture college basketball’s NIT, a tournament that’s a big deal to some programs (such as an Air Force), a drag to others (think of Kentucky’s loss to Robert Morris). One cares, one doesn't.

“I personally believe different teams are going to take on different personalities from what we saw before the season was interrupted,” Kornegay says. “Some teams will be all in and ready to go. And there will be some that might not be into it. I think there’s going to be variations of what we see.

“At this point, who knows?”

Who knows? is right.

Another batch of who knows: Will the athletes who are intensely involved with the protest movement perform at their best while playing a game? Which NFL teams benefit from an offseason devoid of organized team activities? And why is Drew Lock’s touchdown total so low? 20.5? Because he's a young quarterback who must ingest an entirely new system with a first-year offensive coordinator?

“This is something we’ve never gone through. But everybody’s playing from the same tees,” Kornegay says.

Oh, one more just for kicks: How will Vegas sharps wager on an NFL season with so many unknowns? As wild as it sounds, workout videos on social media could very well play a role.

“They’re going to do some research and try to find out who’s really been working out, going to the home gym, preparing for the season,” Kornegay says. “Maybe a (wide) receiver could have an advantage because he publicly said he’s in shape, or he has videos on Instagram or Facebook. There’s going to be some of that as well.”

When legal sports gambling launches in earnest — with a jam-packed lineup of options — there's going to be a little of everything.

CRIPPLE CREEK • More than 300 customers, some arriving up to two hours early, lined up in front of 11 casinos in this Teller County city, wait…