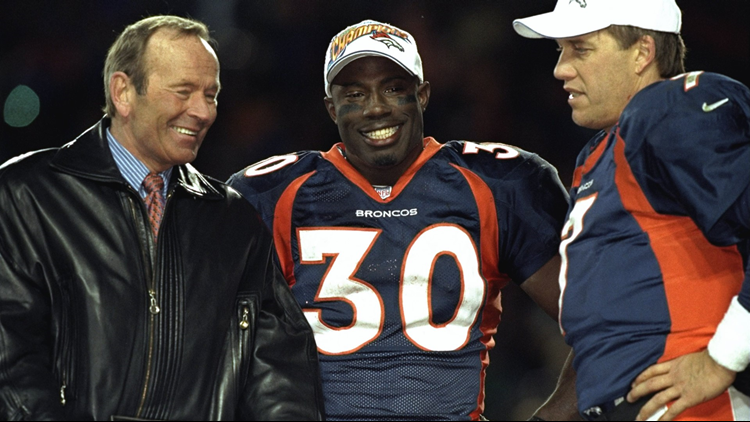 Terrell Davis, center, stands with Pat Bowlen, left, and John Elway after winning the AFC Championship Game over the Jets on 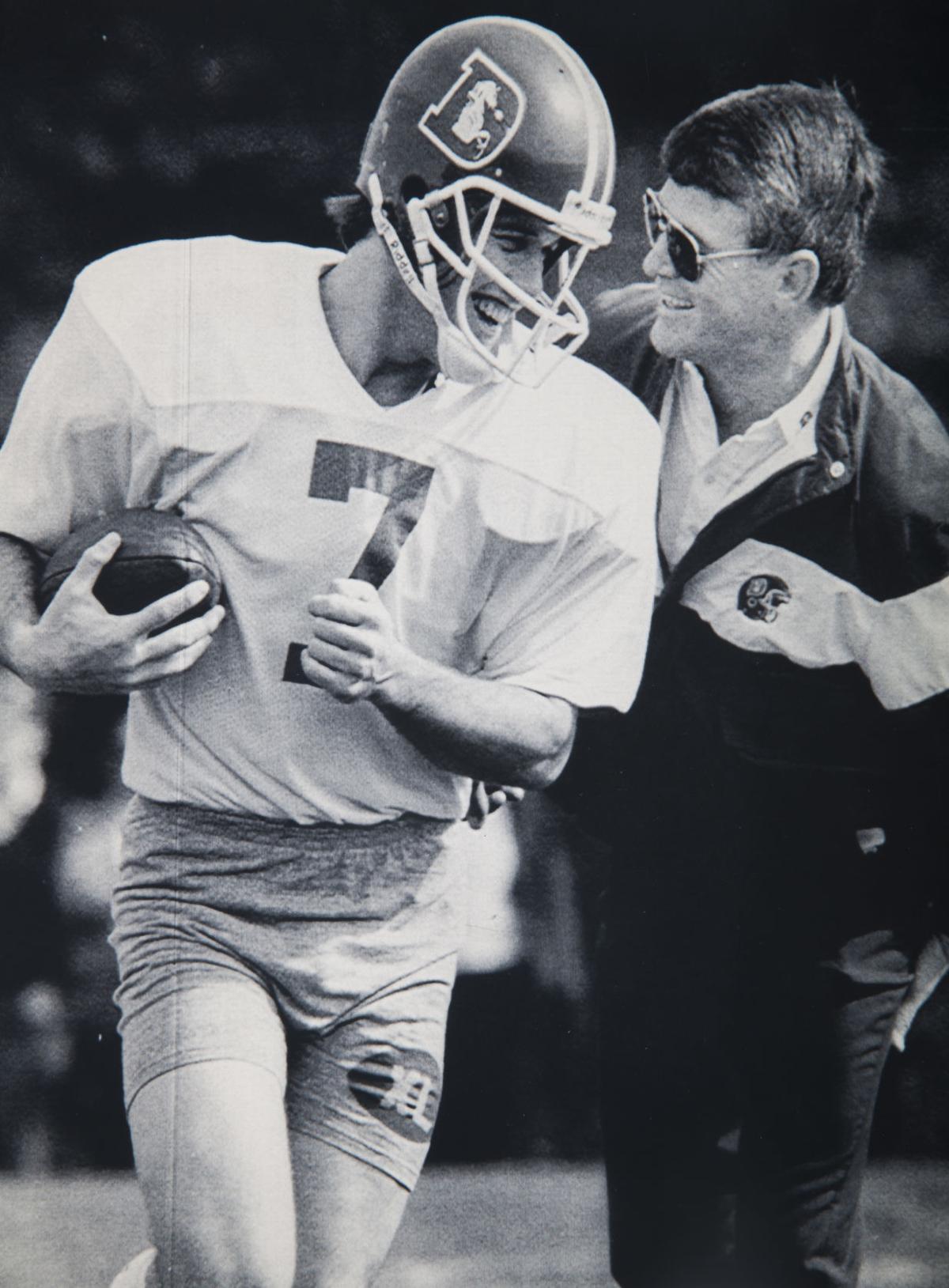 John Elway and Dan Reeves laugh together January 29, 1988, during practice in San Diego the week of Denver’s Super Bowl against the Washington Redskins. Photo by Ed Andrieski, The Associated Press 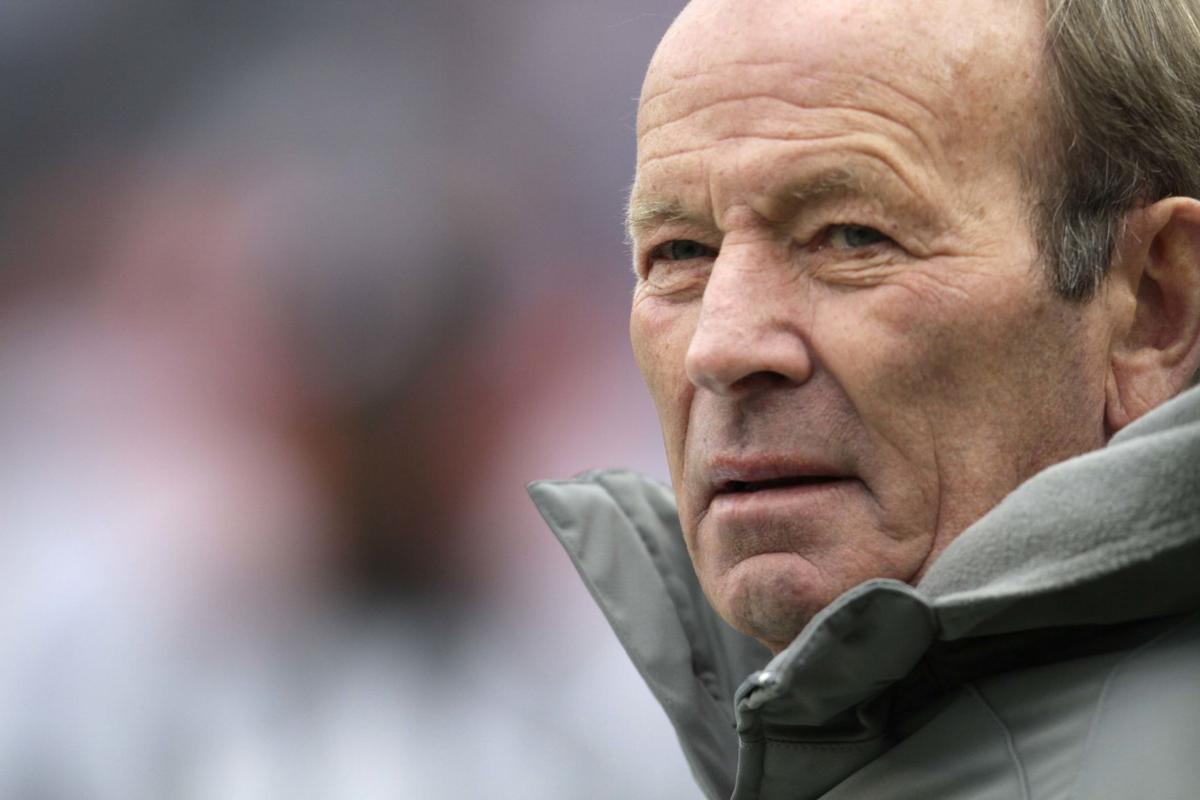 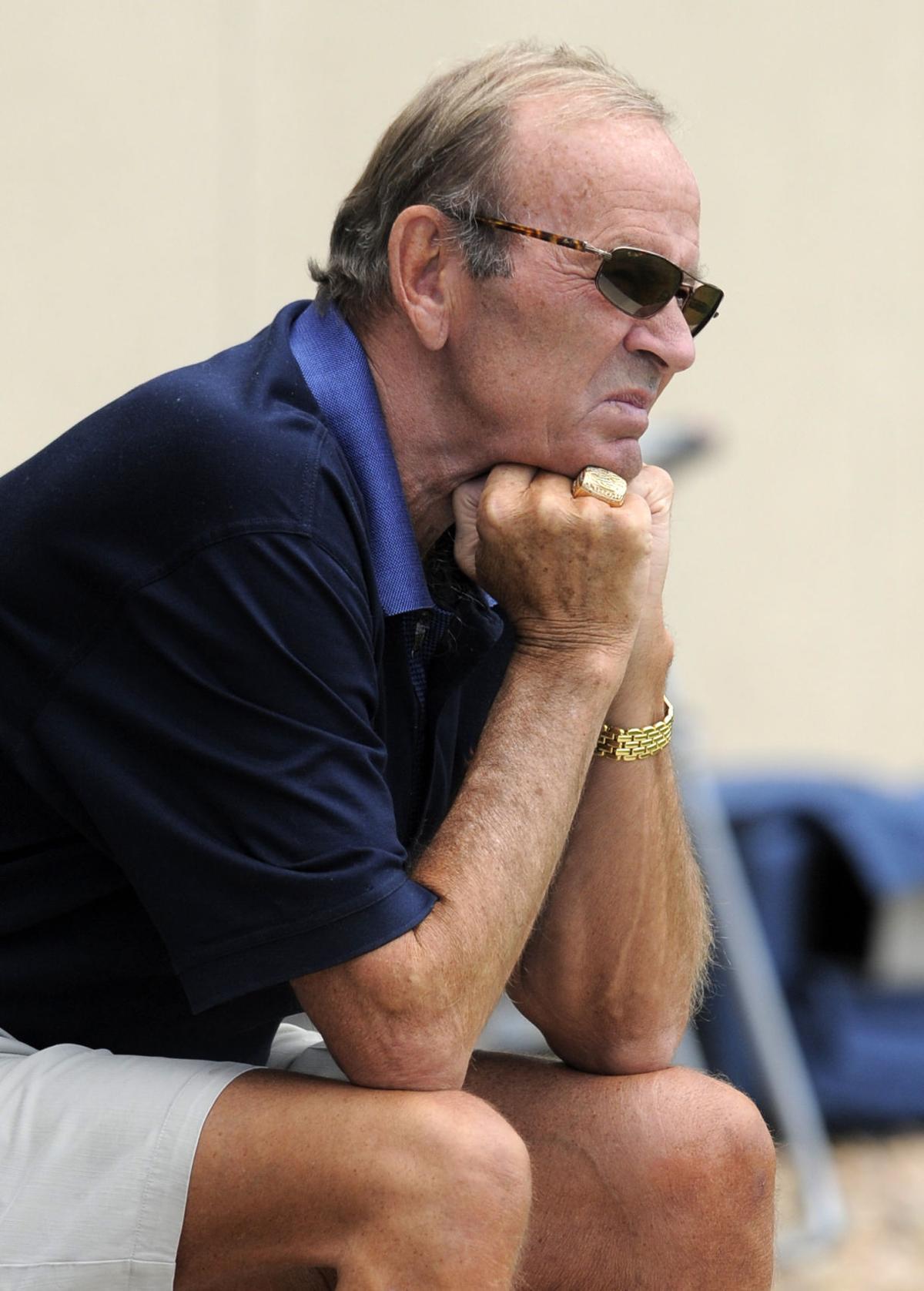 Terrell Davis, center, stands with Pat Bowlen, left, and John Elway after winning the AFC Championship Game over the Jets on

John Elway and Dan Reeves laugh together January 29, 1988, during practice in San Diego the week of Denver’s Super Bowl against the Washington Redskins. Photo by Ed Andrieski, The Associated Press

DENVER • Pat Bowlen now is in the only place that trumps his beloved home, Colorado.

“Heaven got a little bit more orange and blue,” the Bowlen family said in a statement after the longtime Broncos owner died Thursday at age 75.

Our state is a better place because of Pat Bowlen. The Broncos are hosting an open house at Mile High Stadium from 10 a.m. to 3 p.m. Tuesday. The event is open to the public and will feature a museum’s worth of memorabilia as a tribute to Bowlen’s 35 years and three Super Bowl championships as Broncos owner.

“The outpouring of support has been incredible,” Broncos president Joe Ellis said Monday, and the same could be said of the stories to surface since Alzheimer’s disease finally took the most impactful man in Colorado sports history.

From Bowlen’s cutthroat golf game to his days surfing in Hawaii, here are a few of those tales, told by the men who worked alongside and played for Bowlen during his 35 years as owner:

“TD,” the relentless tailback who brought the first Lombardi trophy to Dove Valley, was in a hospital bed when the phone rang. The year was 2001. His career was coming to a close.

“When I woke up from my surgery for my ACL, Pat was the first one to call me. That meant a lot to me as a player,” Davis said in an interview with me and Les Shapiro on Mile High Sports.

The foundation of Bowlen’s success as owner was in his relationships. They often began in the gym, where he worked out alongside his players on a daily basis. What’d they talk about?

“It was just like you would with a normal player — politics, sports, financial things, everything under the sun,” Davis said. “That’s what made him unique. He could relate to anybody. When he was around you never felt like he was the owner.”

It’s not all fun and games running the Broncos.

Ask the coaches Bowlen felt the need to fire.

So it stood out when Reeves, who coached the Broncos to five division titles and three Super Bowl appearances, said his favorite memory was Bowlen’s first day on the job in Denver.

“Here’s a new owner coming in that paid all kinds of money to buy it from Edgar Kaiser (Jr.). You’ve got to think he’s got an idea of who he wants to be the head coach,” Reeves said. “I just thought for sure he had somebody in mind. He walked in and said, ‘No, I bought this club and I want you to stay on as head coach.’ That’s some of the best years of my life was being with Pat. It’s something I’ll never forget.”

Twelve seasons and a sterling record of 110-73 later, Bowlen believed the Broncos needed a change on the sideline. Reeves said then, “I respect that.” His sentiment hasn’t changed.

“I know it was a tough decision when he had to let me go. But he felt like that was the best thing,” Reeves said. “If you look at it, moving forward, it certainly turned out he made the best decision.”

Shanny covered the gamut with Bowlen, from his days as wide receivers coach and coordinator under Dan Reeves, to his final years as head coach and vice president of football operations.

One of his favorite titles: Pat’s golf partner.

“He was like me, not very good,” Shanahan said.

The tales of Bowlen’s competitive streak are endless, from the links to the billiards table.

Shanahan and Steve Atwater were two of the few non-family members to visit Bowlen at his Cherry Hills home in the final years of his battle with Alzheimer’s. Their connections endured.

“Down in his basement, the way he squeezed your hand, the way he looked at you, he knew who you were,” Shanahan said.

The sixth tee box at Castle Pines Country Club is elevated with a sweeping view of Pikes Peak and Colorado at its finest. They were there when Bowlen gave Ellis his favorite memory.

The pair had sneaked out of the office for a quick 18 holes, no longer than 2.5 hours, Ellis said. Ellis turned to Bowlen and thanked the boss for yet another round of golf during work hours.

“He said, ‘No, Joe. I thank you for joining me here,’” Ellis recalled.

Bowlen never had an

iPhone and stayed true to his flip phone. His connection with Broncos fans — a belief the franchise belonged to them, not him — stands as one of Bowlen’s trademarks.

“It was evident to me they had a real connection to him,” Ellis said.

Regardless, the Broncos shot down the idea of naming the stadium “Pat Bowlen Field at Mile High.”

“The most special time we had with Pat was when we were at the Pro Bowl,” Elway said on Monday.

Bowlen owned several restaurants in Hawaii, his second home. And when the Pro Bowl made its way to the islands, he would position his star players front and center, him in the background.

“We sat out in the public. He enjoyed that,” Elway said. “When it made him feel good, it made us feel good.”

The party didn’t stop there. Bowlen invited the players to his spot — the Outrigger Canoe Club on Waikiki — for an afternoon of wave surfing.

Elway avoided tears as he spoke of his late, close friend. He’d already shed most of them.

“I considered myself the luckiest guy in the world to get to play for him,” Elway said.

The sports world came together to honor the late Pat Bowlen, who died Thursday at 75.