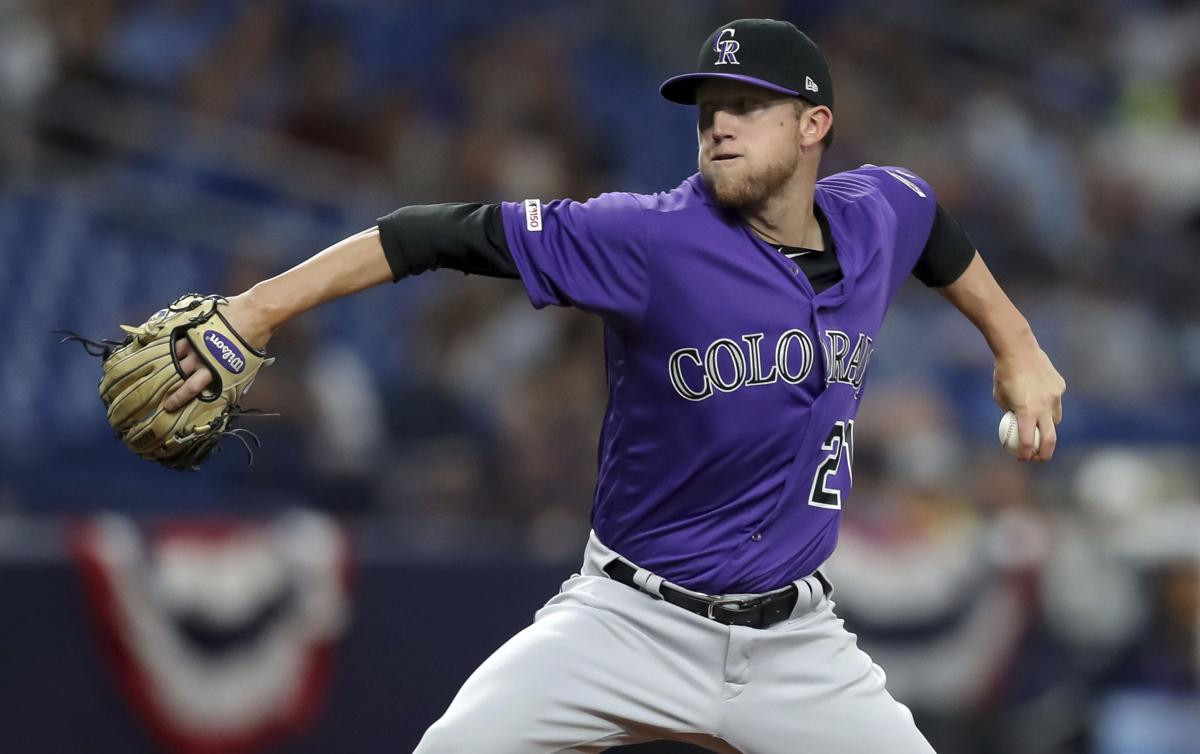 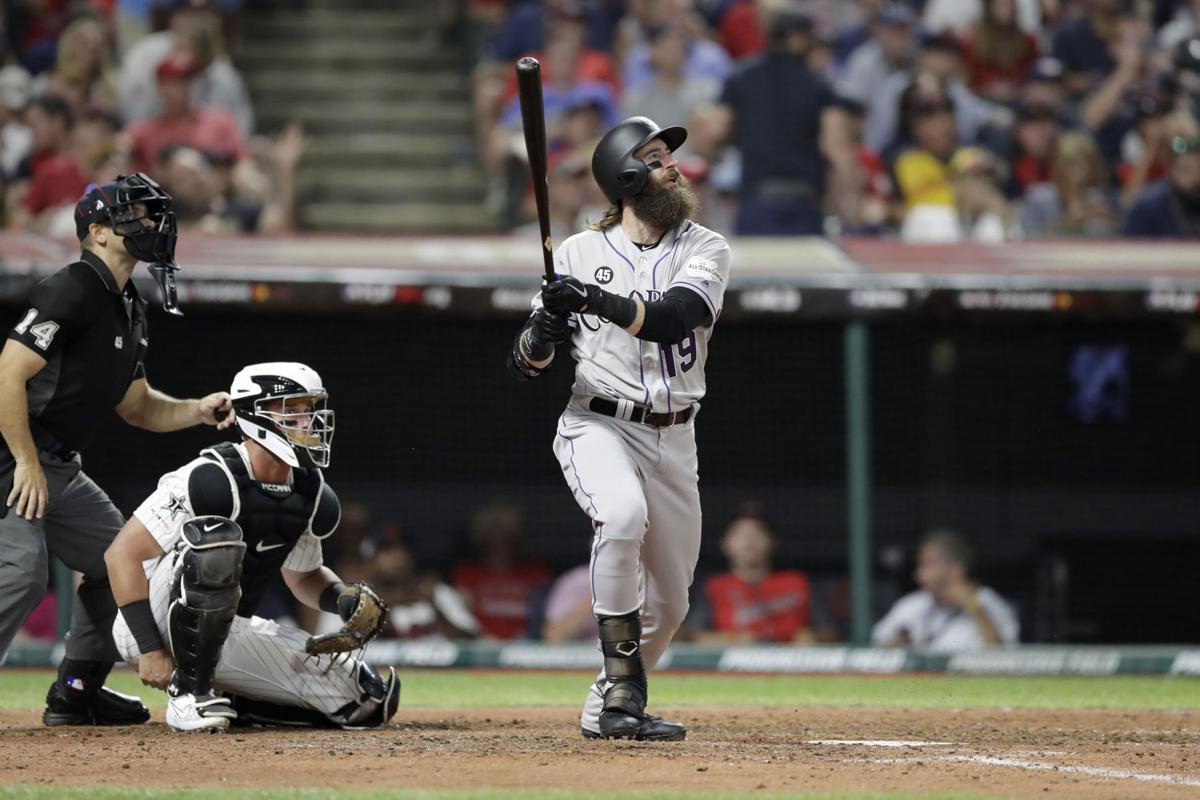 National League’s Charlie Blackmon, of the Colorado Rockies, watches his solo homer in the sixth inning of the All-Star Game vs. the American League, Tuesday in Cleveland.

National League’s Charlie Blackmon, of the Colorado Rockies, watches his solo homer in the sixth inning of the All-Star Game vs. the American League, Tuesday in Cleveland.

DENVER — The pressure's weighing on Kyle Freeland. That's as obvious as the Front Range tattooed down his right forearm.

Can you blame him? This is heavy stuff. The Rockies are counting on Colorado’s favorite lefty since Tim Tebow to save a season that’s tumbling south. And Freeland’s confidence level?

“Better,” he said Friday in a Rockies clubhouse that missed him dearly and said so. "A lot better."

Freeland’s nothing if not straight-up honest. And “better” does not translate into "Put me in, coach!" But instead of searching outside the organization for a starter who could curb the momentum of a six-game losing streak, the Rox are throwing it all on Freeland's shoulders. Good thing he’s a Colorado guy. A lesser man who wasn't born and raised at elevation might crumble.

Freeland’s return to Coors Field on Saturday night — in front of yet another expected crowd of 40,000-plus — represents a whole bunch of heavy stuff, the least of which is a mid-July game against the Cincinnati Reds. It represents the hope that Kylerado embodies. Again.

“It was a nice breath of fresh air to know I’m coming back here,” Freeland said.

See what I mean? It’s possible Freeland is the only starting pitcher on planet Earth who can say such a silly thing and mean it. He loves pitching at Coors. Aside from his bro-crush on fellow native Phillip Lindsay, whose likeness Freeland wears on a hoodie any time the temp drops below 60, Freeland loves Coors the most. Dude’s a weirdo that way. And he’s our weirdo.

Freeland remains the hope that it can be done here. It’s a hope that took one on the chin when Freeland was demoted to AAAlbuquerque after giving up 15 earned runs over eight innings in three starts back in May. If Rox fans weren’t saying it, they sure were thinking it: if not this guy, then who? German Marquez? OK, that’s fair. Other than that ... Coors is gonna Coors.

This is a desperate move by the Rockies. Desperate and thirsty. They are plunging Freeland back into the rotation after a month-and-a-half reclamation stint at Albuquerque didn’t exactly come up sunshine and seashells: six starts, only two of which lasted into the sixth inning. Freeland saved the best for last — one earned run over seven innings in Sacramento — and the thirsty Rockies pounced. They have no time to waste, not after an ugly losing skid spanked them into the All-Star break like Mom’s wooden spoon. The divisional title race in the National League West has only one entry.

“The Dodgers have a big (14.5-game) lead for sure. They’re going to be tough to track down,” manager Bud Black said Friday. “But we’re going to do everything we can to track them down.”

History suggests the wild card’s more Colorado’s style, anyway. And in those comfier standings you’ll find a traffic jam of eight teams within 3.5 games of each other. The Rockies sit 2.5 games back of a spot, no biggie. But they’re in big trouble if the pitching doesn’t get a boost.

“It starts on the mound,” Black said. “I’ve been pretty redundant in saying we have to pitch better. I think that’s paramount.”

Their actions say the Rockies are counting on Freeland saving the day, month and season.

“We expect him to do Kyle things,” All-Star third baseman Nolan Arenado said.

That Freeland regressed after a historic performance last year wasn’t the surprise. Big-league hitters have baseball NASA behind them, as Freeland found out in Albuquerque, ironically.

“Being in AAA, it’s a grind. You don’t have all the recovery tools and the video that you have up here,” said Freeland, who finished fourth in Cy Young voting in 2018. “You’ve got to take a little more focus in and really rely heavily on what you’re feeling and what your gut says.”

My gut says Freeland is still searching for his strength: swag that goes for days. His confidence was toasty last year at Wrigley Field when he told the bleacher bums to be quiet and drink their see-through beer. (Cubs fans were Googling his name as Freeland mowed through their beloved.) It returned this year on Opening Day — seven innings, two hits, one run of swag.

Now? It’s "better" when it couldn’t have been worse.

“When you’re sent down it’s not a good feeling,” Freeland said. “But you’ve got to take it as much of a positive as you can.”

Anyone who’s spent 10 minutes with Freeland would trust his steel nerves over a 4-footer for par, or a wild-card start in Chicago. One way or another he will get right. But the Rockies just sent four position players to the All-Star Game, including Charlie Blackmon, whose ferocious bat should require a concealed carry license. There must be more to the plan to lift the pitching.

He's feeling it, all right. But the pressure's not on Kyle Freeland. It's on the front office.

Denver's one of 23 North American cities hoping to land the 2026 FIFA World Cup. But should Colorado want more people here? Paul Klee wasn't convinced more congestion and crowds are worth it — until 11-year-old Lillian and Levi, 10, proved him wrong.