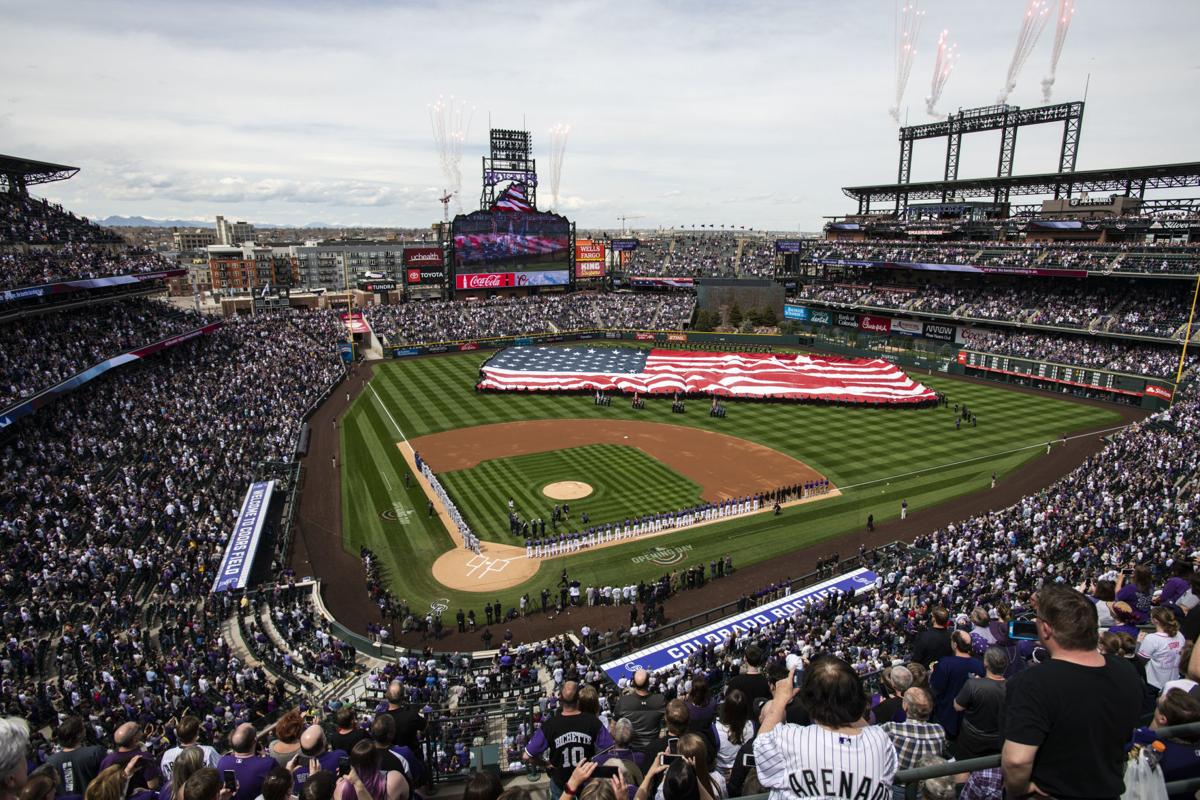 The American Flag is unfurled on Coors Field as the Air Force Academy band plays the National Anthem on opening day in Denver, Friday, April 5, 2019. (Photo by Kelsey Brunner/The Gazette) 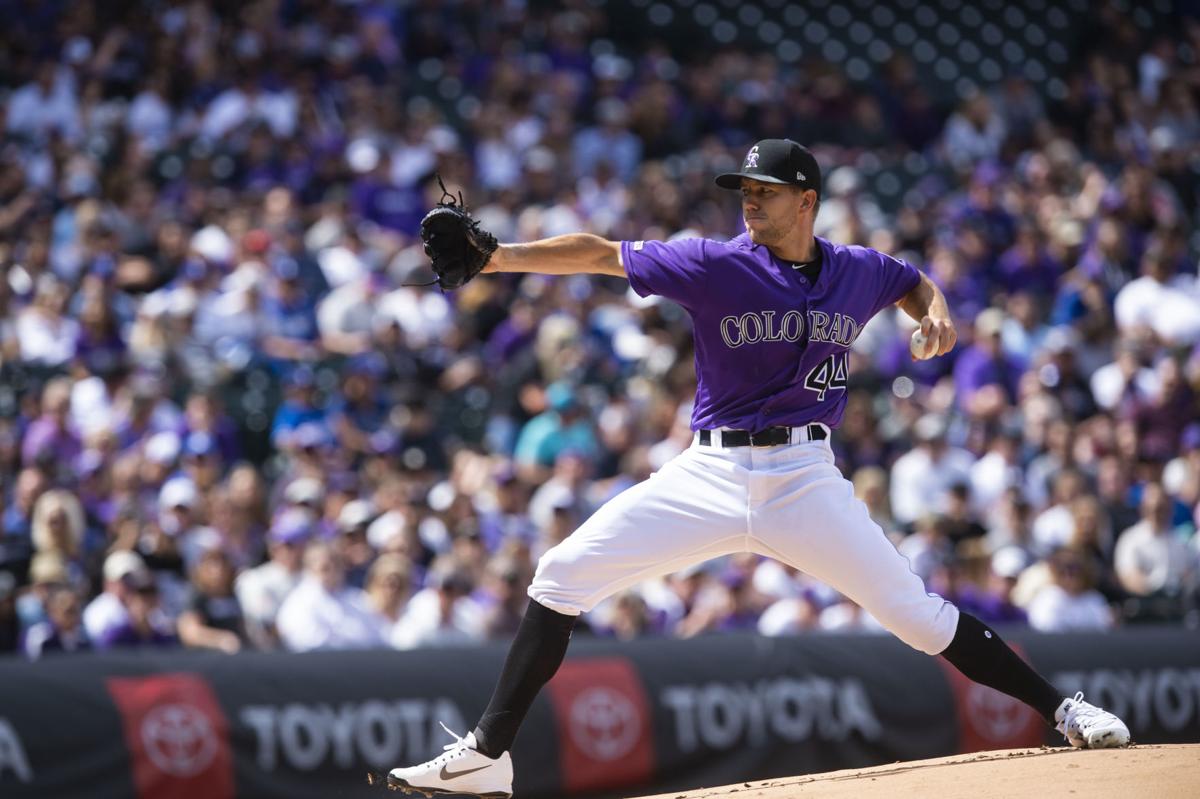 The American Flag is unfurled on Coors Field as the Air Force Academy band plays the National Anthem on opening day in Denver, Friday, April 5, 2019. (Photo by Kelsey Brunner/The Gazette)

DENVER — Down on the corner of 20th and Blake Wednesday afternoon, spring sunshine bounced off a lonely rent-a-bike that leaned on its kickstand.

No one hawking tickets under his breath — “Need tickets?" — next to The Player statue. No one painting the purple stripe down Blake Street, the arrow that leads us into another season of Rockies hopes and dreams. I looked up and down for the burrito cart that pitches the finest burritos this side of Colorado Springs' El Taco Rey. Miss you, burrito cart.

Is it a low blow to mention Wednesday was 65 degrees and soaked in Colorado sunshine?

The Rockies will begin their 28th season at a date to be named later. There will be no baseball on Thursday. No impossible plays by Nolan, concourse shots from Trevor. No sappy homages like this one. Ball won't be played.

Pre-COVID-19, the Rockies were 15-12 on Opening Day, which MLB postponed. They were 11-9 on the road, where the Rox would have opened the season at San Diego. They've opened on the road every year since 2011, edging last season's ambitious first pitch of March 28. Thursday, March 26, would have been the earliest date for an opener in club history.

Woulda, coulda, shoulda postponed this stupid virus instead. Until never.

Now there is only hope this baseball season is merely on a tape delay: "I'd be lying to say (an entire cancellation) hasn't crossed my mind," Rockies general manager Jeff Bridich said.

Baseball guys know everything. Just ask them. As a pandemic shuts down the world's economy, and baseball, they're like the rest of us — know nothings.

"As each day goes by the focus is now turned back to what's going on in the world. Baseball is sort of taking a secondary phase to all this," manager Buddy Black said. "It's still in all of our minds as (far) as when it's going to start."

Back in February, Freeland made it clear he was poised for a bounce-back year. He tweaked his delivery, eliminating the "flamingo pause." He pledged to regain the freaky control that trademarked his breakout 2018 season.

"I don’t know the numbers, but I am telling you he's going to be back," Black said.

Later, not sooner, as it turns out.

As the wait goes on and normalcy hovers out of reach, Freeland stayed in Scottsdale in lieu of returning home to Colorado. Wednesday, he played fetch with his German Shepherd, a good dog.

“They’re protected from this virus,” Freeland said, astutely. “They can’t catch it.”

Thursday he’ll play catch with teammate Jeff Hoffman — at a distance of 6 feet or more. They should ask Chuck Blackmon about social distancing. Have you seen the size of Coors Field’s outfield?

Spring without baseball is for the birds. How does a starting pitcher spend these isolated days? Freeland plugs in the Xbox he hadn’t played in two years. Packs hand sanitizer to buy groceries. Dog walks. Lots of dog walks. Same.

For workouts he’s going to a private gym owned by a trainer he knows in Arizona.

"He's a small business owner, so it’s kind of nice to help him out."

The Rockies have a group text going. To pass the time until "play ball," we can wonder if Jeff Bridich and Nolan Arenado trade eyes-rolling emojis.

Hours before Gov. Jared Polis issued a stay-at-home order for Colorado, my dog negotiated a stroll down Blake Street’s sidewalk. He marveled at the red-brick palace, where one day, when he’s old enough, the Wally Bean will attend “Bark at the Park.” I've told him all about it.

Back to the Xbox and dog walks.

Tom Hanks was wrong. There is crying in baseball.

Will David Dahl bat leadoff? Will Jon Gray or German Marquez take the mound on opening day? When will Rockies baseball return? "There's a lot of questions being asked by the players that nobody can answer," Bud Black said.