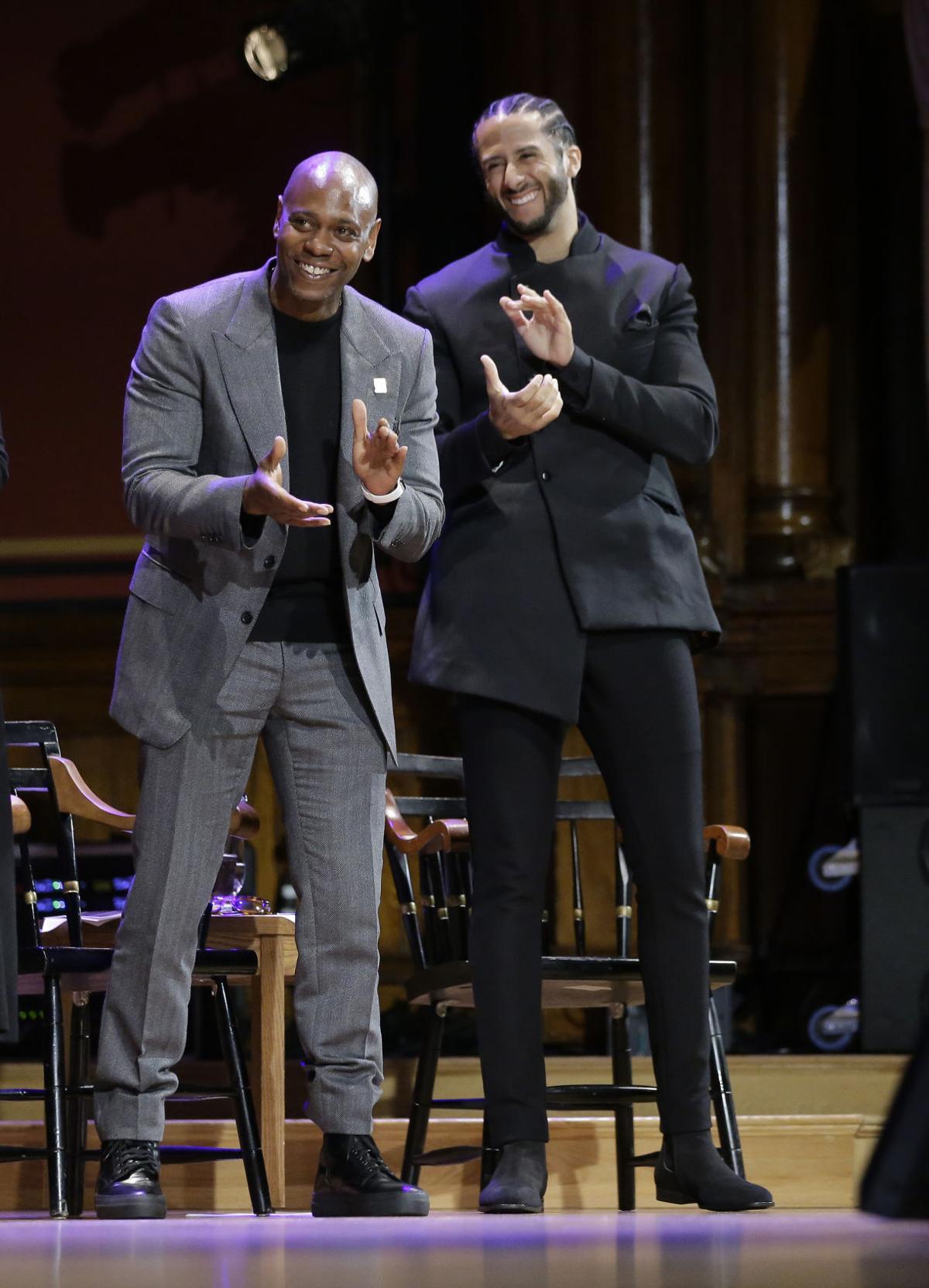 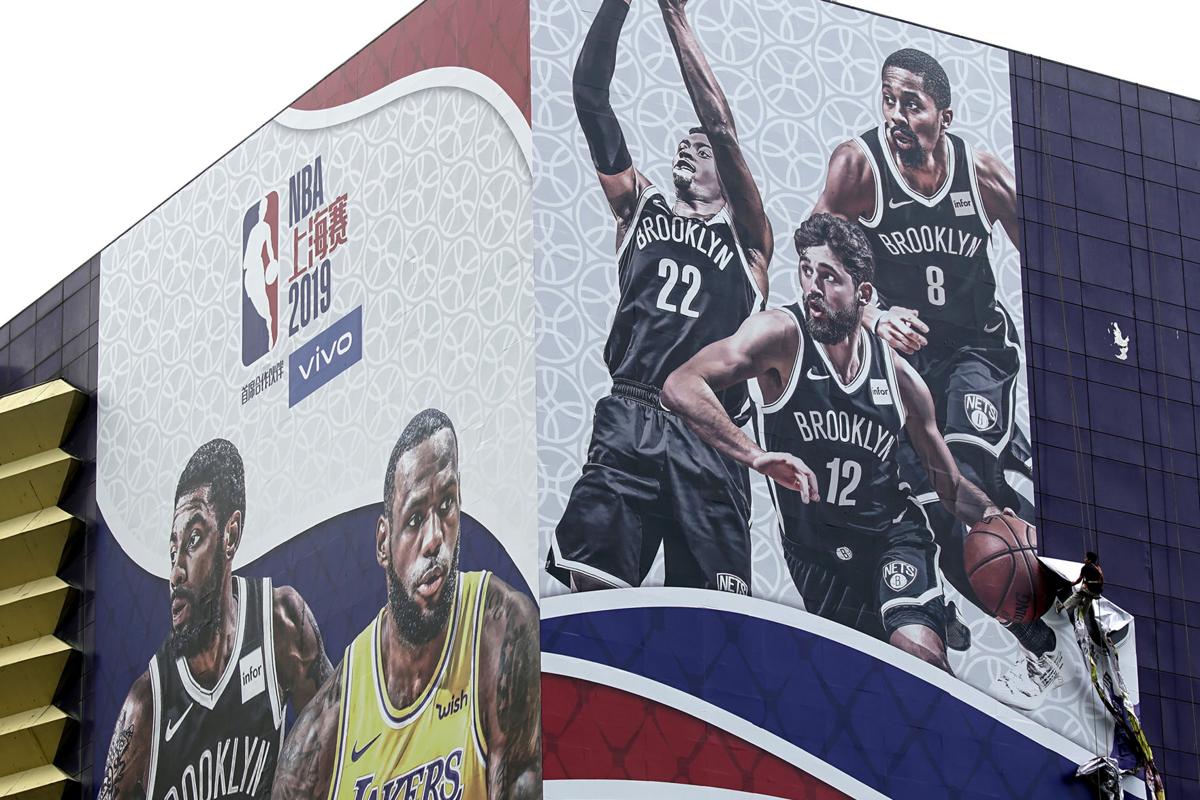 A worker takes down a billboard advertising an NBA preseason game Thursday between the Los Angeles Lakers and Brooklyn Nets in Shanghai, China.

A worker takes down a billboard advertising an NBA preseason game Thursday between the Los Angeles Lakers and Brooklyn Nets in Shanghai, China.

Sorry for the boring conclusion.

After three years of conspiracy theories that ranted and raved over collusion among owners, blaming President Donald Trump and even claims of outright racism, the NBA’s response to China explains Kaepernick’s absence from the NFL in plain sight, if there’s no agenda clouding your view. Both were attempts to limit damage to the bottom line.

China was the NBA’s Kaepernick moment, and the NBA reacted by doing exactly what the NFL did. Shut. It. Down. A train wreck at the intersection of sports and politics culminated in the NBA moving the focus back to basketball. Remember when the NFL moved the focus back to football by requiring players stand during the national anthem if they’re on the field? Me too.

Here’s what happened, and a couple days later I still can’t believe it went down like it did. This was one of the most telling episodes in woke sports history: James Harden and Russell Westbrook were told by their own team to stick to sports. A Rockets spokesman muzzled the spotlight veterans when CNN reporter Christina Macfarlane asked a terrific question, the one on everyone’s mind: Will the China fallout discourage players from speaking out on politics and societal issues when they’re back in the United States?

The interruption from a PR staff and silence from two of the greatest players we’ll ever see spoke volumes. Censoring players flew directly in the face of the NBA’s claim to freedom of expression. Difference is, over here it pays to become a Nike ad. Over there they pull the plug on your telecasts. Like so many operations claiming enlightenment, the NBA’s not the engine for free expression it’s been made out to be in hopeful media circles. It’s just a really big business. Making a buck sure is cool by me, but let’s call it like it is.

Another thing. Let’s chill on the Rockets being a franchise that operates ahead of the curve. Truth is, Adam Silver should send Houston to its bedroom and take away its spreadsheets for a few days. The Rockets turned a field trip to China into a mistake sandwich, first with the Daryl Morey tweet that lit the match to a large stack of money, finally with a press conference that validated half of America’s hunch: sticking to sports is negotiable.

In between there was a tweeted apology from owner Tilman Fertitta: “We are NOT a political organization.” In 2019, all-caps Twitter is the furthest a team can distance itself from politics.

Oh, to be a fly on the wall for those phone calls from the league office. Can you imagine?

Credit Silver, the commish, for coming clean in the end. He voiced the same truth the NFL learned the hard way, that politics a day turns the dollars away: “Daryl Morey, as general manager of the Houston Rockets, enjoys that right (to free speech) as one of our employees. What I also tried to suggest is that I understand there are consequences from his freedom of speech, and we will have to live with those consequences,” Silver said.

The shoe market is more lucrative than the marketplace of divisive ideas.

It’s clear now, or it should be. The conspiracies that followed Kaepernick out of the NFL are out of luck. The NFL’s divorce from Kaepernick was about money, pure and simple. It’s better for business when athletes are not dividing the fans who spend big bucks on them — American, Chinese, whatever. The NBA experienced overseas what the NFL encountered when Kaepernick took a knee here. Money wins.

While in China, pathetic NBA should brush up on 'qienuo' and 'weijunzi' | Paul Klee

The hypocrisy of the NBA and its politically outspoken players and coaches is on full display once again with the league's firestorm in China, Paul Klee writes.