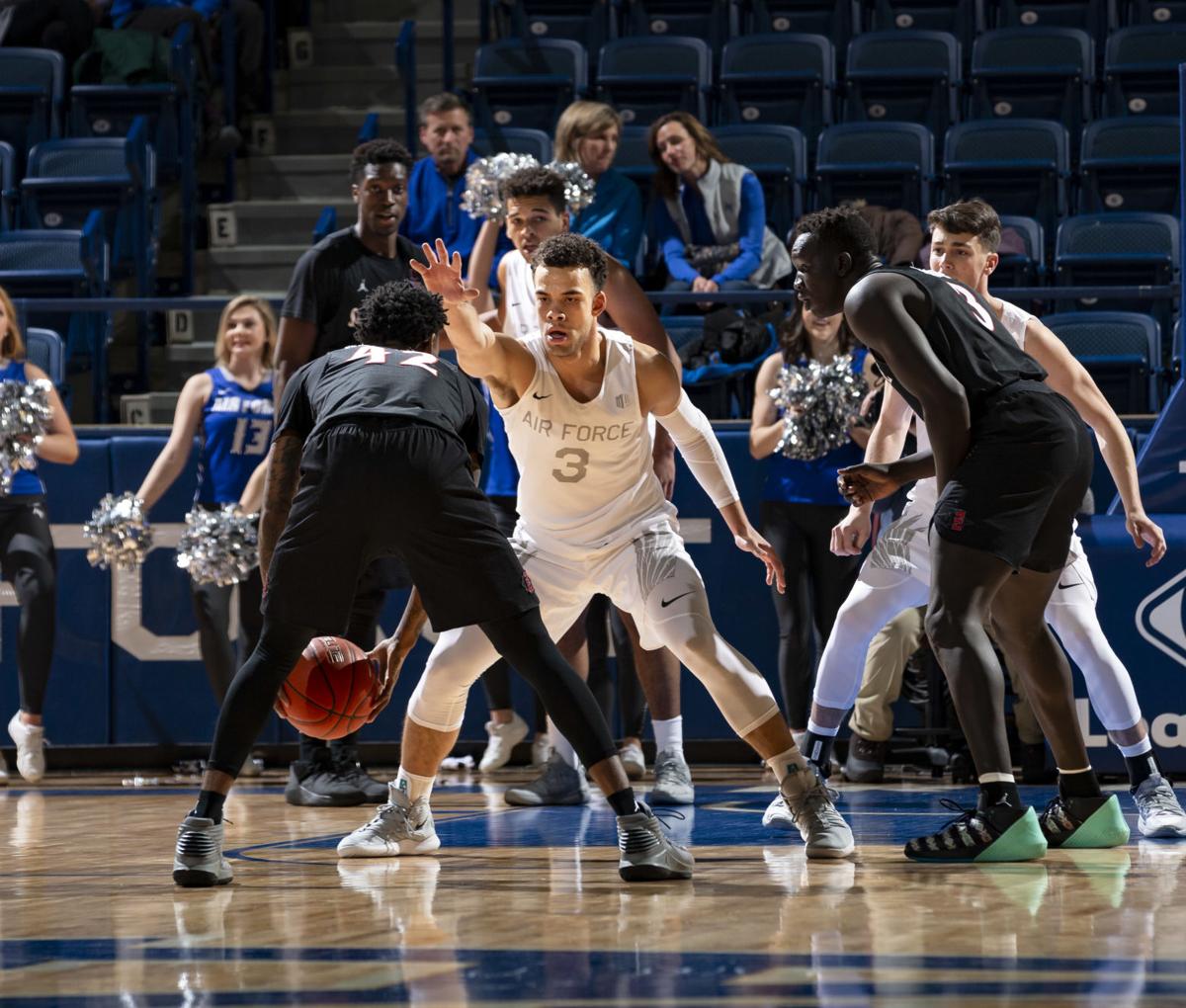 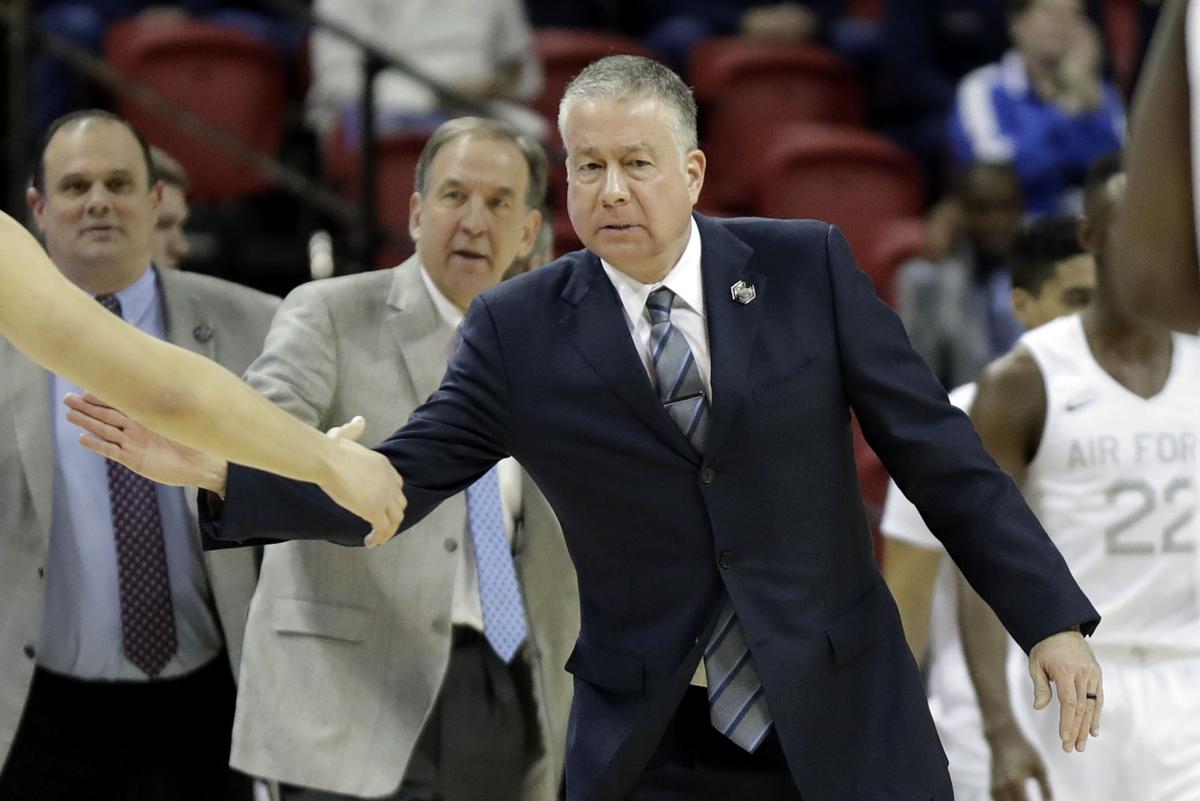 That’s for the birds — your fightin’ Falcons.

As the members of the Air Force men’s basketball team broke away for a brief offseason hiatus, coach Dave Pilipovich hit ‘em with a reading assignment: “The Power of a Positive Team,” by motivational speaker and best-selling author Jon Gordon.

One, it’s a quick read at 175 pages. (“Anything longer than that is too smart for me,” Coach P joked.) Two, the Air Force squad that takes the court for the 2019-20 season should be the academy’s best since the 2006-07 bunch won 26 games, made the NIT. (That’s my belief, anyway.) And Pilipovich needs Lavelle Scottie, Ryan Swan and Sid Tomes — the trio of senior captains — to lead the way.

The court at Clune Arena will have a different look, the game a different feel. This week the NCAA rules committee approved a move out to the international 3-point line — 22 feet, 13/4 inches, about a foot and a half deeper than the previous line. Pilipovich estimated a deeper arc will affect two shots, in particular: the trailer jumper (for the Falcons, that’s often Scottie or Swan) and the corner 3-pointer.

“In the corner, with less room, sometimes guys are going to step out-of-bounds,” Pilipovich said.

The Air Force coach wasn’t in favor of the move, by the way.

“I’m old school. If it’s not broken, don’t fix it. I didn’t think it was broken,” Pilipovich said.

“But I understand why. We’re moving in a direction of unifying (all levels of basketball) under one set of rules, even if we have some ways to go. And this is going to make a difference in the game.”

Air Force wasn’t a good 3-point shooting team, and it didn’t guard the 3-point line well, either. The Falcons shot 32 percent from 3, 10th in the Mountain West, and allowed 35.2-percent shooting, seventh. It’s imperative the Falcons improve their outside shot or risk seeing zone every other night.

“Spacing will be different. It’s going to open up the lane for some more dribble-drives. You’re going to have more movement,” he said. “I think it may make some teams really try to take away our inside cuts and back cuts, force us to shoot more 3s.”

Translation: Get in the gym, fellas.

“We’ve had some teams over the last couple years that play more zone (against Air Force),” Pilipovich said. “We could see more of that.”

If Scottie and Swan stay invested, the Falcons should challenge for a top-four seed in the conference tournament. The roster returns eight of the top nine players, with a schedule that has some bite to it: a roadie at Top 25-contender TCU (a matchup scheduled for Scottie, a Fort Worth native and proud Texan); a Bahamas tournament with Loyola Marymount and Indiana State; a visit to Clune from Drake University, the Missouri Valley co-champion.

Is this a top-four Mountain West team?

“We talk about that. We talk about it a lot: are we closer to four, or closer to going to seven? We should be closer to getting to four,” Pilipovich said. “Everyone’s a year older. Everyone should be a year better. If we can stay healthy and continue to grow I think it could be an exciting year here.”

The 3-point line has been extended. Same for the basketball expectations at Air Force.

Broncos edge rusher Bradley Chubb hasn't gotten the attention that other members of the team, or the NFL's 2018 draft class has. But he's preparing for a big season after attending Von Miller's annual pass-rushing summit in Las Vegas. Sack maestro Vic Fangio has some toys to play with in his first season as Broncos coach.